Accessibility links
Four Years Later McCain's Reception Is Much Different : It's All Politics For the 2008 Republican presidential nominee, this just wasn't his show. On his 76th birthday he got respect, but not adoration. 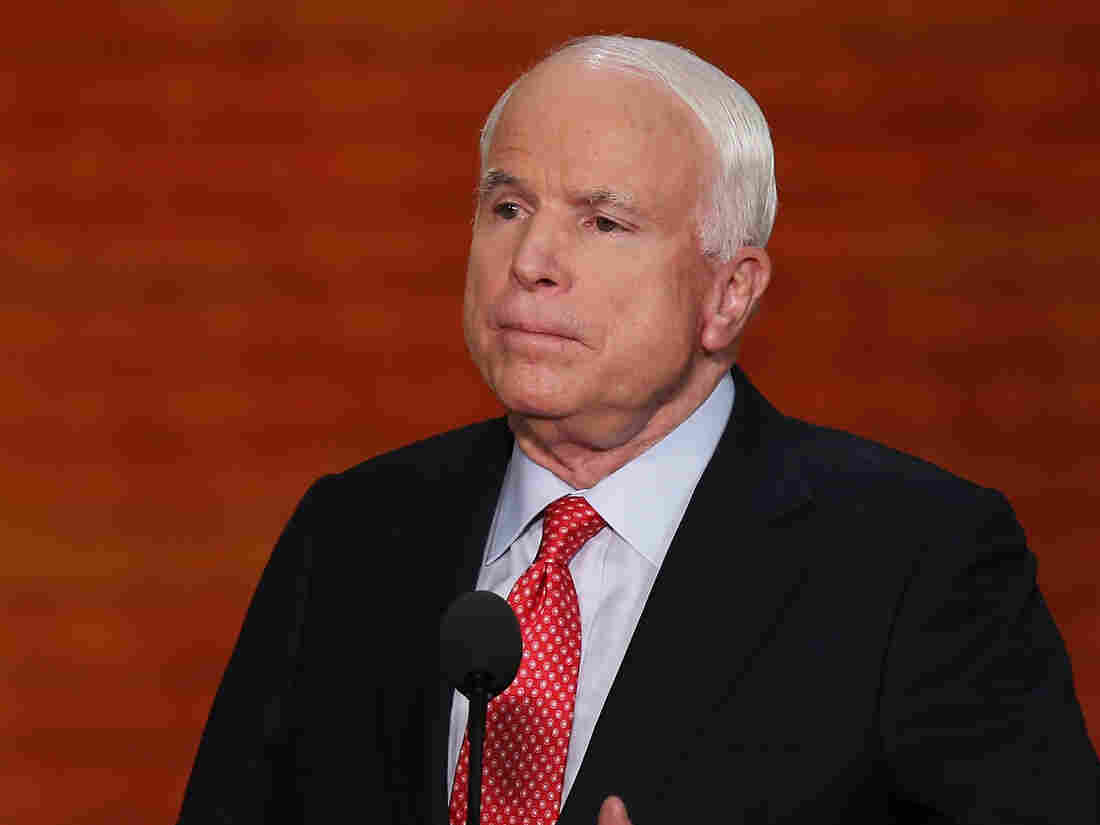 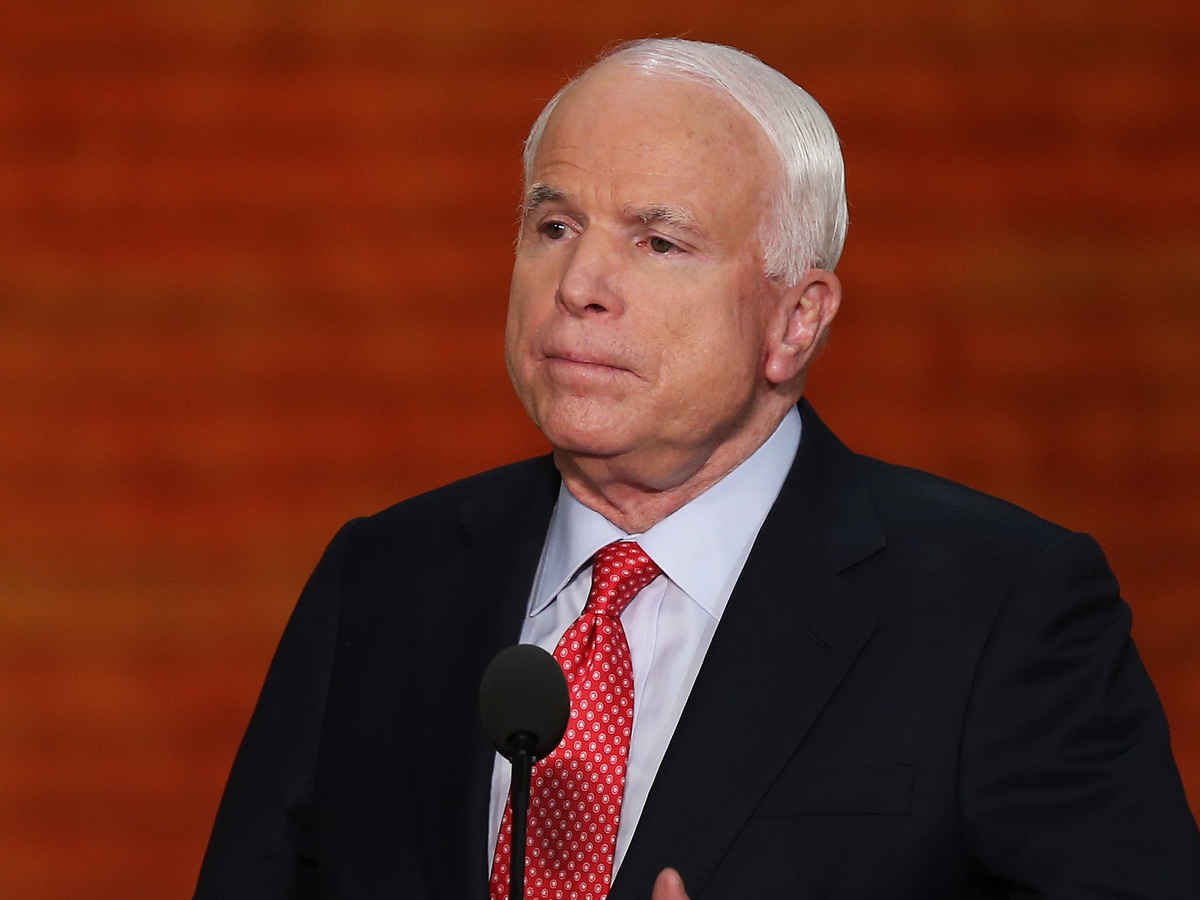 Sen. John McCain, R-Ariz., during his address to the Republican National Convention in Tampa on Wednesday.

What a difference four years can make.

At the 2008 GOP convention in St. Paul, Minn., Sen. John McCain of Arizona was the star of the show — along with the surprising running mate he had chosen just a week before, then-Alaska Gov. Sarah Palin.

Tonight at the 2012 convention in Tampa, McCain was given with what could only be described as a polite reception. He got a standing ovation when he came on, for sure. And delegates were standing again when he left the stage.

But in between, McCain's largely foreign policy-oriented address did not seem to move most delegates, who have mostly wanted to hear about jobs, health care and how President Obama is changing the nation in ways they don't like. They listened, clapped and cheered a bit at some lines (especially when he said that America has always "led from the front, never from behind!" — a not subtle dig at President Obama and what Republicans say is his tendency to follow other nations' leads).

He also got strong applause for mentioning Israel. "We can't afford to cause our friends and allies — from Latin America to Asia, Europe to the Middle East, and especially in Israel, a nation under existential threat — to doubt America's leadership," McCain declared.

Shortly after that McCain, who survived being a prisoner of war in Vietnam, came home and began a career that took him to leadership posts in the Senate and to his party's presidential nomination, ran through a series of lines designed to underscore his support for this year's nominee:

"I trust him to affirm our nation's exceptional character and responsibilities.

"I trust him to know that our security and economic interests are inextricably tied to the progress of our values.

"I trust him to know that if America doesn't lead, our adversaries will, and the world will grow darker, poorer and much more dangerous.

"I trust him to know that an American president always, always, always stands up for the rights, and freedoms, and justice of all people.

"I trust Mitt Romney to know that good can triumph over evil, that justice can vanquish tyranny, that love can conquer hate, that the desire for freedom is eternal and universal, and that America is still the best hope of mankind.

"And now, my fellow Americans: Let's elect our next commander-in-chief, and the next leader of the free world, my friend, Governor Mitt Romney."

And with that McCain, on his 76th birthday, left the convention stage. Four years later, this just wasn't his show.