Accessibility links
Huckabee Gives Romney An Evangelical Embrace : It's All Politics Former Arkansas Gov. Mike Huckabee has always managed the neat trick of softening his party's most socially conservative positions with a veneer of just-folks friendly. The approach was in evidence Wednesday night as he addressed the issue of evangelical support for Mitt Romney. 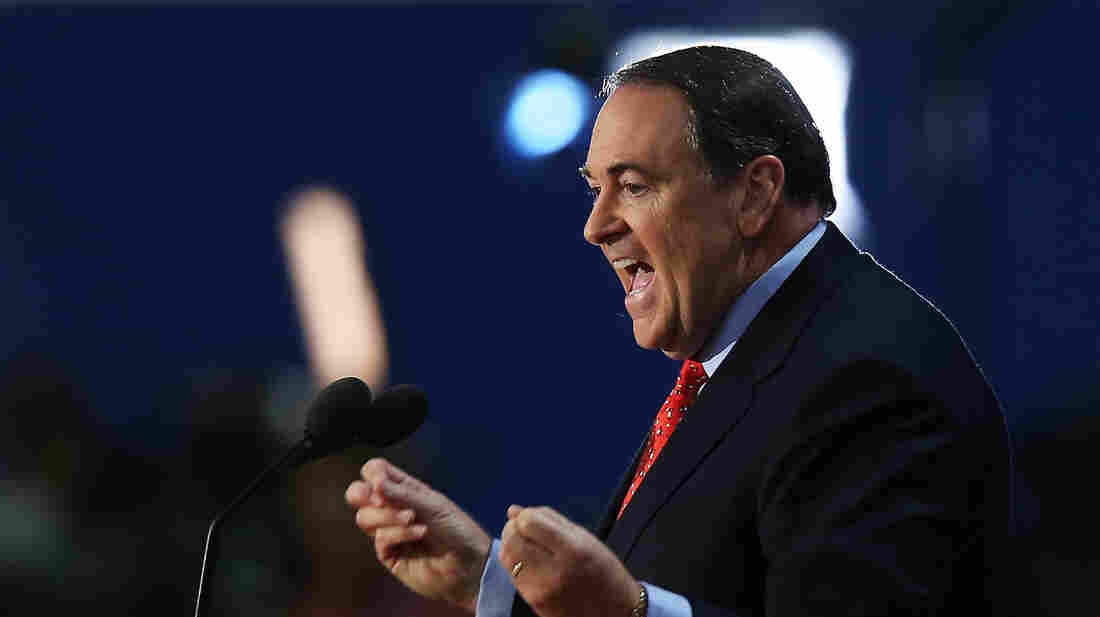 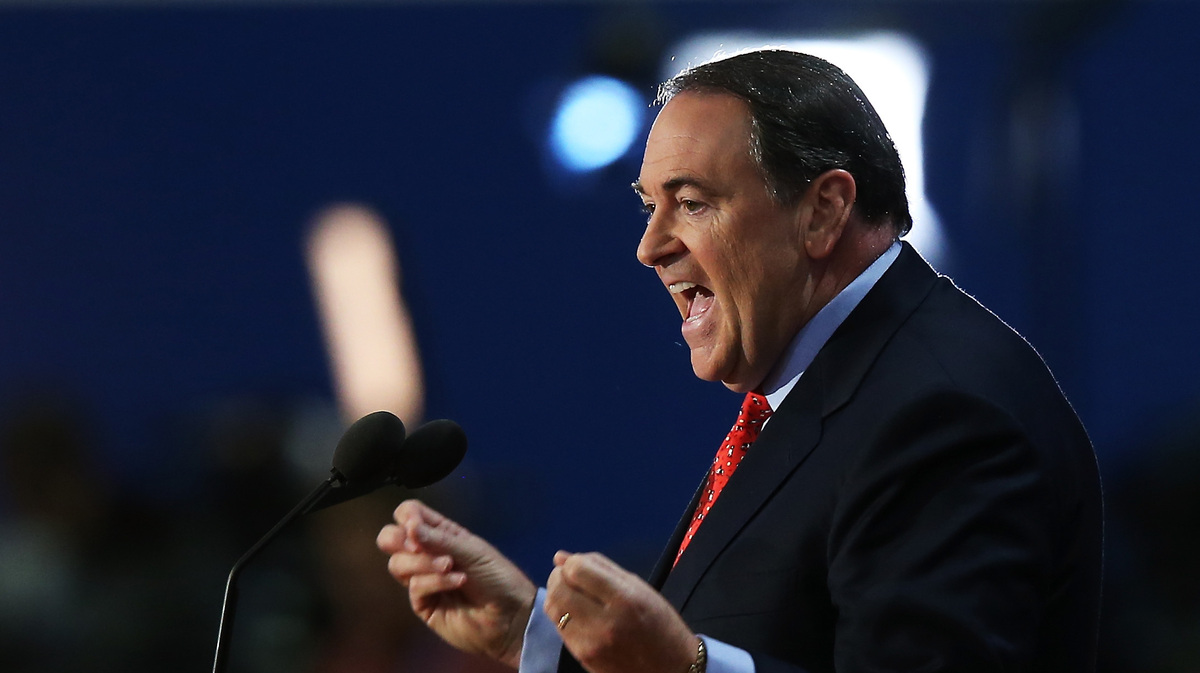 Former Arkansas Gov. Mike Huckabee has always managed the neat trick of softening his party's most socially conservative positions with a veneer of just-folks friendly.

"I'm a conservative, but I'm not mad at anybody," was his mantra in 2008, when he won eight GOP presidential contests in his losing bid for his party's nomination.

And though Huckabee, 56, has recently inserted himself in high-profile abortion and same-sex-marriage battles, he avoided cultural red meat in his prime-time speech Wednesday at the GOP convention.

Instead, the ordained Baptist minister gave an evangelical stamp of approval to his bitter 2008 nemesis Mitt Romney, whose Mormon faith Huckabee and other Christian conservatives have criticized, and questioned, in the past.

"Let me clear the air about whether guys like me, an evangelical, would only support an evangelical," he said. "Of the four people on the two tickets, the only self-professed evangelical is Barack Obama, and he supports changing the definition of marriage, believes that human life is disposable and expendable."

Though some in the crowd may have been primed for a bigger culture wars moment — the party just adopted a platform with its most conservative language in memory on abortion and same-sex marriage — his attack on Obama, and on his health care plan, was as incendiary as Huckabee got.

No mention of his impassioned support of Missouri Senate candidate Todd Akin, whose bizarre comments on how "legitimate" rape rarely leads to pregnancy have been denounced by Republican Party leaders.

And no mention of his call for support for the owner of the Chick-fil-A restaurant chain, after his donation to an anti-same-sex-marriage effort led to calls for a boycott of the eateries.

Huckabee in recent years has become more Huck Inc. than party darling. He has radio and television shows, writes books and leads tours to the Middle East.

"I've fallen from the high perch of politics," he said Wednesday, "and now wallow in the mud of the media."

That's fine with Republicans like Kathleen Pickett of California, who listened to the speech from the floor of the arena and found it just right.

"He's forgetting about his religious differences with Gov. Romney," she said. "I think he's being gracious — he knows Mitt Romney is an ethical man, a very hard-working man."

"He's entertaining, he has a talk show and charisma," said Pickett, a longtime Romney supporter. But his influence in the party, she added, is limited to evangelicals.