Accessibility links
Michelle Obama: 'Being President ... Reveals Who You Are' : It's All Politics Largely wrung of politics, the first lady's speech plotted parallels in her life and that of her husband, President Obama. She pointedly tracked their humble beginnings and strivings in an unspoken but clear contrast to the privileged upbringing of GOP presidential nominee Mitt Romney.

Michelle Obama: 'Being President ... Reveals Who You Are'

Michelle Obama: 'Being President ... Reveals Who You Are' 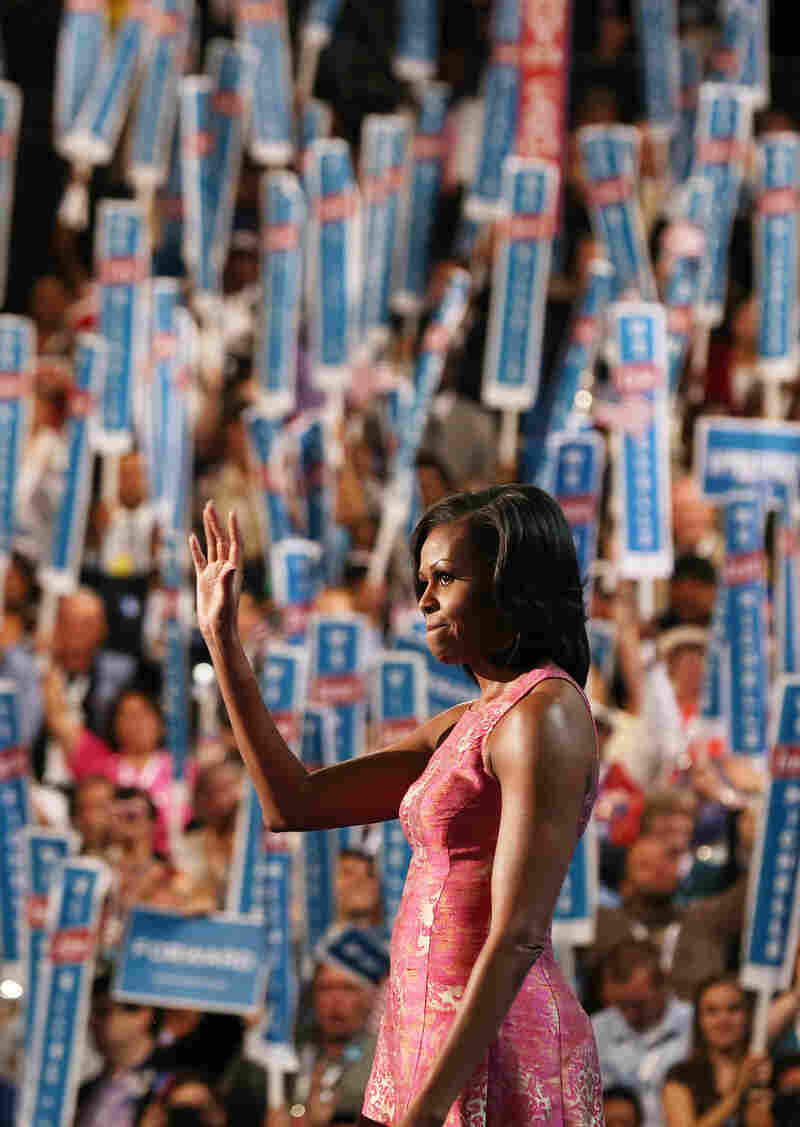 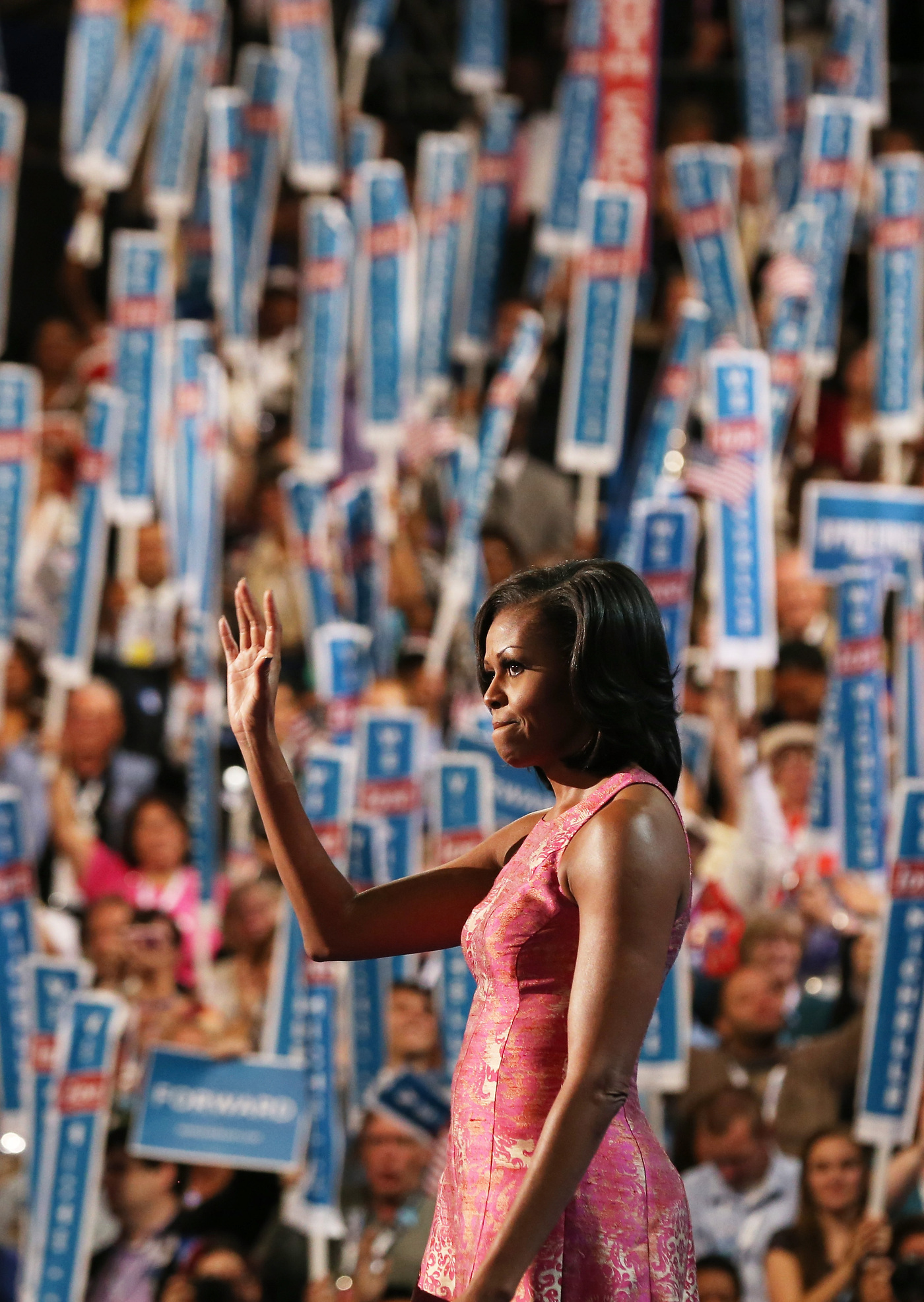 There were a lot of preliminaries, but it was Michelle Obama's show Tuesday night at the Democratic National Convention, and she used it masterfully — carrying a rapt crowd along with a narrative of family, hard work, and truth-telling.

Largely wrung of politics, the first lady's speech plotted parallels in her life and that of her husband, President Obama. She pointedly tracked their humble beginnings and strivings in an unspoken but clear contrast to the privileged upbringing of GOP presidential nominee Mitt Romney.

And, in a calculated aside, designed surely to address Republican criticisms that her husband does not celebrate success, she said this of his, and her, families: "They didn't begrudge anyone else's success or care that others had much more than they did. In fact, they admired it."

It was a speech that those who follow the first lady say was largely a stump standard, but with extra ruffles and flourishes — family anecdotes and some humor.

The polished and popular Obama — her national approval rating is above 65 percent — has become her husband's best campaign surrogate, humanizing him, as Ann Romney did for her husband last week, with stories of their daughters, and their broke early dating and marriage years.

"We were so young, so in love, so in debt," she said, adding that their combined monthly student loan bill was higher than their mortgage.

Though she didn't directly address her husband's opponent, or the bitter battle Romney and her husband are waging, Obama took direct aim at what some Democrats claim were lies embedded in messages that emanated from the Republican National Convention last week.

Growing up, she said, she and "Barack" learned from their families dignity, decency and that "the truth matters." It was one of her biggest applause lines.

The connection with the middle and striving classes, the struggles raising children with a semblance of normalcy, of being young and in love — and still in love. And of considering her most important title "mom in chief."

"For Barack, success isn't about how much money you make, it's about the difference you make in people's lives," she said.

That was all part of Obama's imperative Tuesday. She appeared twice to tear up, talking about family and of going forward.

But it was her get-out-the-vote rally cry, a plea for four more years because, as "Barack" says, "we've got so much more to do," that will perhaps have more long-term resonance. That and a character reference from someone who says she had some misgivings four years ago about what the presidency would do to her husband, her children, a life she had built and loved.

"Being president," she said, "doesn't change who you are, it reveals who you are," a sentiment that struck some in attendance.

"When she said the presidency doesn't change a man, it reveals him — that was a very powerful message," said Dan Lankilde, state Democratic chairman of American Samoa.

It was the same message that resonated with Pat Jones, a Pennsylvania delegate. "I believe that — the president hasn't changed. She emphasized the vision. I believe in that vision."