Accessibility links
Democrats Unleashed Some 'Dubious Or Misleading Claims,' Fact Checkers Say : It's All Politics Just as on the nights of the Republican National Convention, independent fact checkers spent the first night of the Democratic National Convention listening for claims that don't add up — and found them.

From 'Morning Edition': Mara Liasson reports on Night One 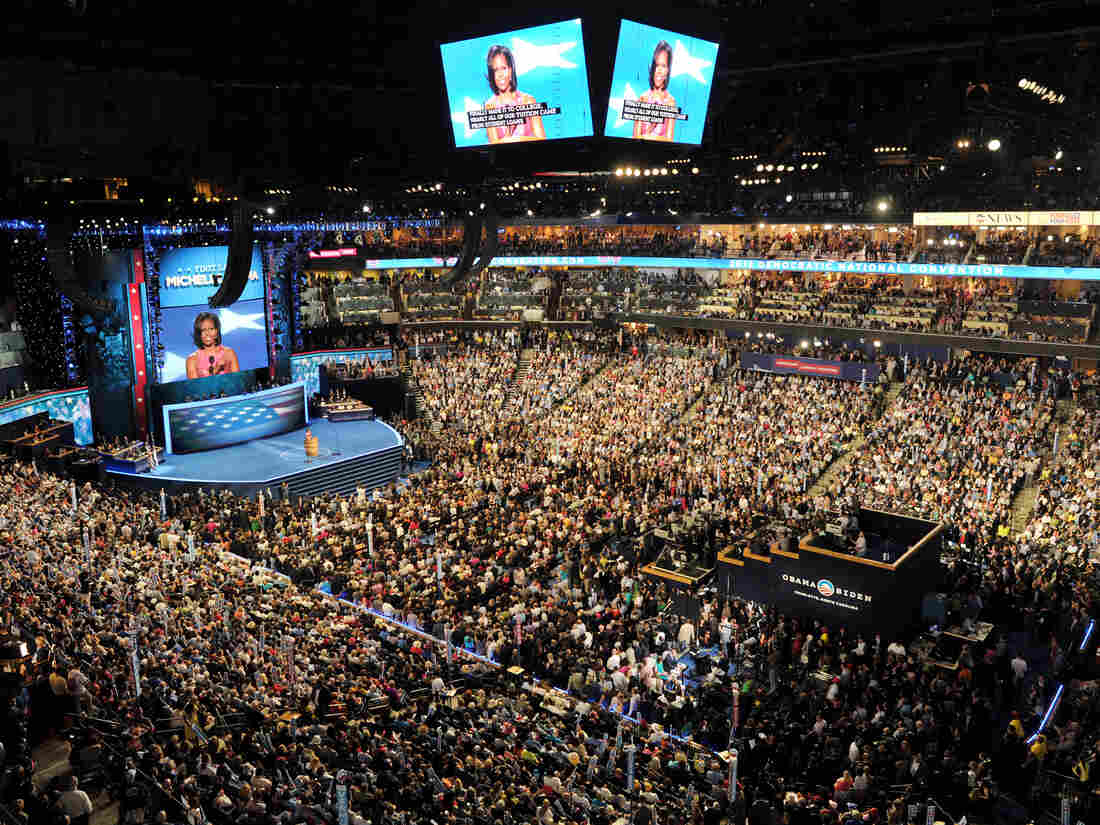 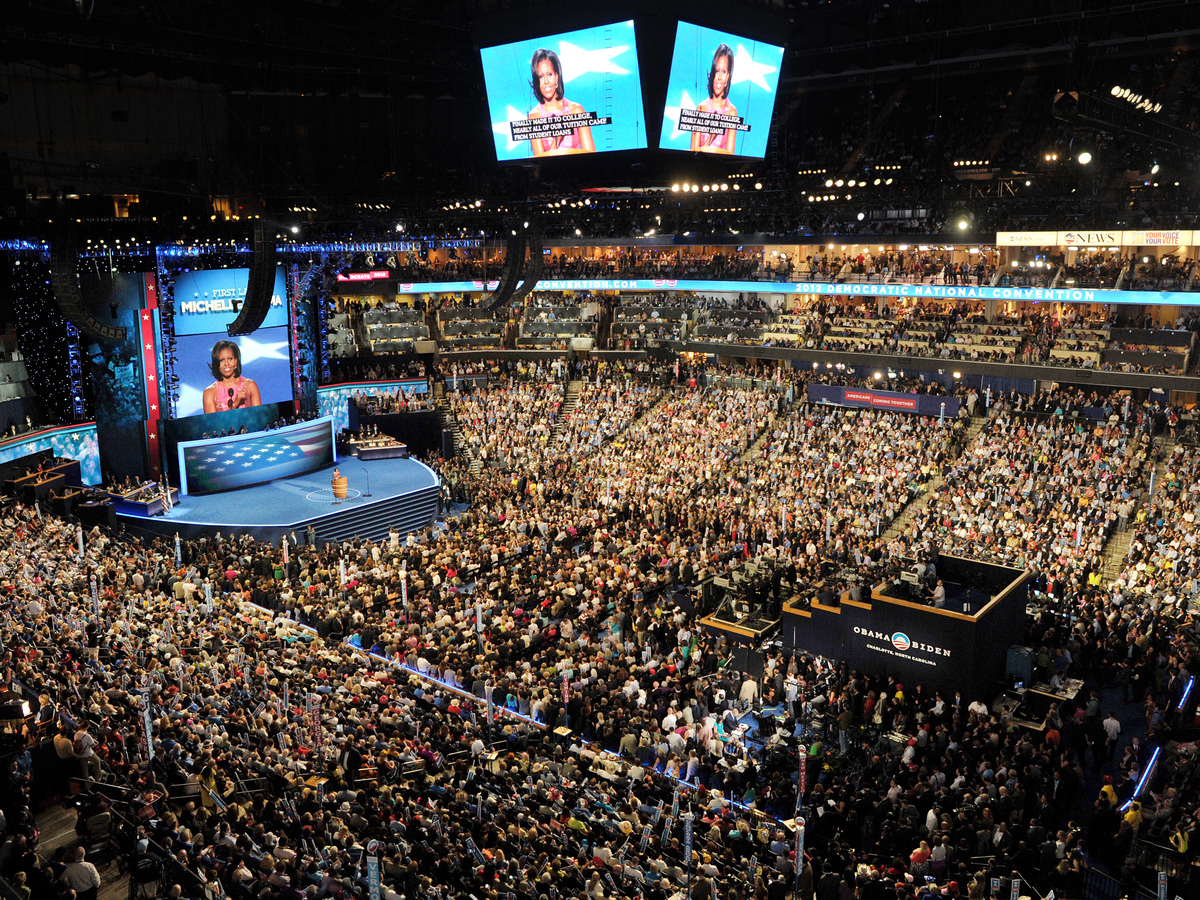 The scene Tuesday night at the Democratic National Convention in Charlotte, N.C.

-- FactCheck.org says it heard "a number of dubious or misleading claims" from the Democrats who spoke on stage Tuesday in Charlotte, N.C. Among the problems it found:

— "The keynote speaker and others claimed the Republican presidential nominee, Mitt Romney, would raise taxes on the 'middle class.' He has promised he won't. Democrats base their claim on a study that doesn't necessarily lead to that conclusion."

-- "The keynote speaker, San Antonio Mayor Julian Castro, also said there have been 4.5 million 'new jobs' under Obama. The fact is the economy has regained only 4 million of the 4.3 million jobs lost since Obama took office."

-- "A Democratic governor said Romney 'left his state 47th out of 50 in job growth.' Actually, Massachusetts went from 50th in job creation during Romney's first year to 28th in his final year."

-- "Multiple speakers repeated a claim that the Ryan/Romney Medicare plan would cost seniors $6,400 a year. That's a figure that applied to Ryan's 2011 budget plan, but his current proposal (the one Romney embraces) is far more generous."

-- The Washington Post's The Fact Checker cites some of the same problems as FactCheck highlighted. And it points to this statement from Senate Majority Leader Harry Reid of Nevada: "We learned that he [Mitt Romney] pays a lower tax rate than middle-class families."

The Fact Checker writes that:

"For all the rhetoric about high taxes in the United States, most Americans pay a relatively small percentage of their income in taxes. Romney had an effective rate of 13.9 percent in 2010 and 15.4 percent in 2011. That gives him a higher rate than 80 percent of taxpayers if only taxes on a tax return are counted and puts him just about in the middle of all taxpayers if payroll taxes paid by employers are included."

-- PolitiFact appears to have just begun its analysis. In its initial take on the night's talk, it gives Massachusetts Gov. Deval Patrick a "half true" rating for his statement about the state being "47th in the nation in job creation" when Romney left office there.

As for first lady Michelle Obama's address to the convention, the fact checkers don't seem to have any faults to find.

You can find all our posts about fact checks of the Republican and Democratic conventions here.

Note at 11:55 a.m. ET: Earlier, we included a reference to FactCheck.org's analysis of comments made by Rep. James Clyburn of South Carolina. The analysis, it turns out, was based on Clyburn's prepared remarks — and he has yet to deliver them. So we've removed that paragraph from the post above.

From 'Morning Edition': Mara Liasson reports on Night One