Accessibility links
Five Takeaways From Wednesday At The Democratic Convention : It's All Politics A classic Bill Clinton speech, a defense of Obamacare from women and a platform distraction were highlights from the DNC in Charlotte.

Five Takeaways From Wednesday At The Democratic Convention

Five Takeaways From Wednesday At The Democratic Convention 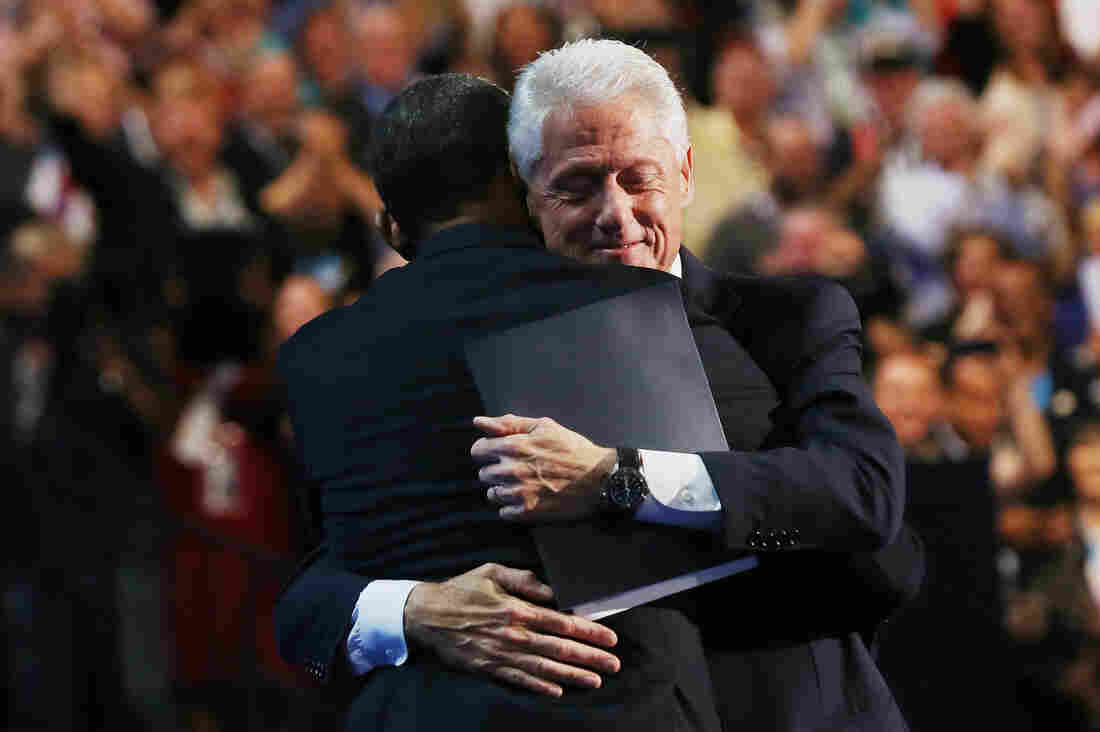 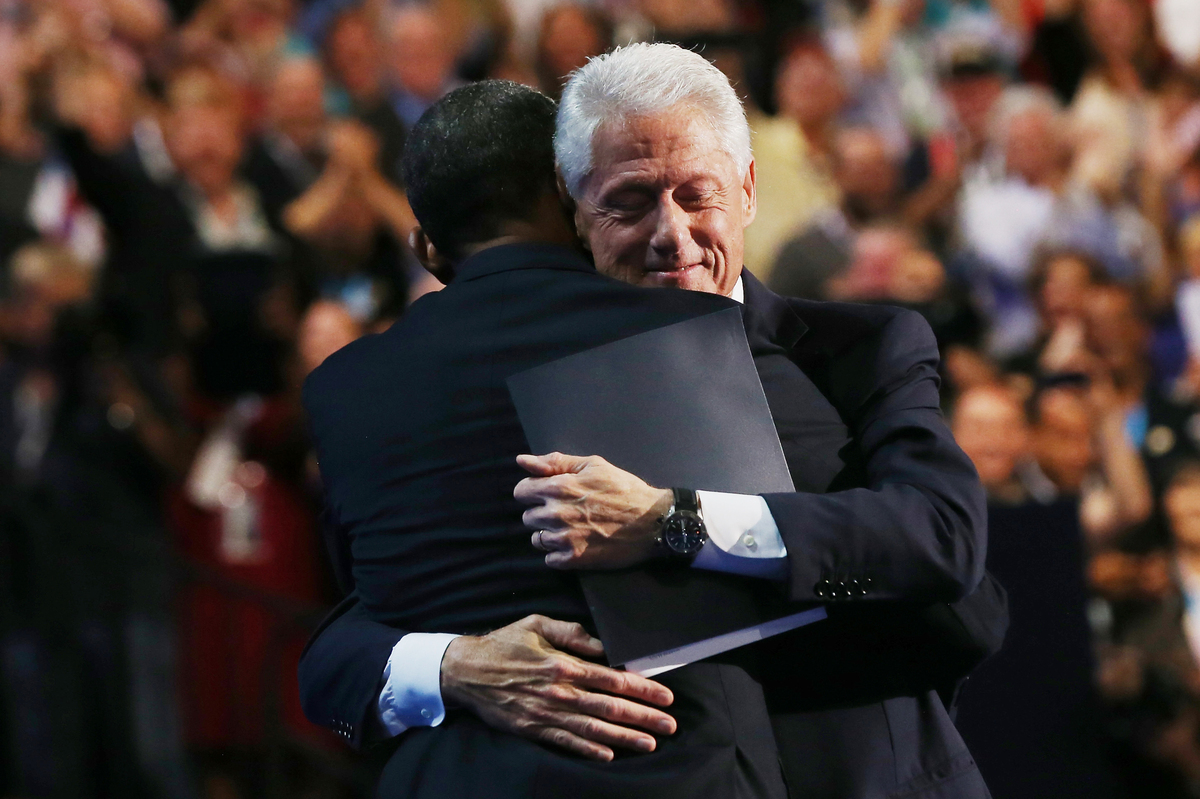 If you missed the second night of the Democratic National Convention in Charlotte, N.C., we live blogged it here.

But if you want a quick review, we've compiled five things that struck us about the night:

It's Not What You Say, It's How You Say It: In other hands, the very wonky speech that former President Clinton delivered on Wednesday could have been a snoozer.

The address was policy heavy and serious. Even though he threw in some jokes, Clinton consistently told the Democratic delegates and the television viewers to "listen."

"You all are having fun," he said at one point. "But this is serious. I want you to listen."

He talked about the need for compromise and how Obama is committed to "constructive cooperation." He talked about Obama's record — at length and with many numbers. He offered a rebuttal of Republican attacks and a detailed discussion of Republican policies. Finally, he gave Obama an unflinching endorsement, and he received an equally unequivocal endorsement from the crowd.

That said, the speech was delivered with typical Clinton charm. Everything was explained with a folksy disposition that kept the crowd engaged.

Israel Is A Touchy Subject For Democrats: The party platform became a distraction today for Democrats. On orders from the president, delegates voted to amend the platform to include both a reference to God and to declare that Jerusalem is the capital of Israel.

It took three voice votes to get those changes approved, and it was met with many delegates shouting "no!" and with loud boos when the motion was deemed to have passed.

Expect to hear more on this story in the upcoming days.

Tonight, a diverse group of women — from Sandra Fluke, the woman whom Rush Limbaugh called a "slut" in a debate over contraception, to Sister Simone Campbell, the nun on the bus who took on Paul Ryan's budget, to Cristina Saralegui, the so-called Hispanic Oprah — all provided defenses for Obamacare.

Because of Obama, we heard over and over, "being a woman is no longer a pre-existing condition."

Bank of America Stadium Was Too Exposed: Whether it was because of the chance of rain or because of the chance of a less-than-packed stadium, Democratic National Convention officials decided that Thursday's acceptance speech by President Obama would move indoors to the much smaller Time Warner Cable Arena, which has hosted the first two nights of the convention.

Republicans immediately said Democrats were changing the venue because they couldn't fill it. Democrats said it was because of the chance of thunderstorms and that like the "65,000 people who signed up for community credentials," they were disappointed.

Weather.com says Charlotte can expect scattered showers on Thursday with a 40 percent chance of rain.

A Surprise Appearance By The President Is Always Effective: Aside from Clinton and a softly delivered, but fiercely populist speech from senatorial candidate Elizabeth Warren, Wednesday was a sleepy night.

But as soon as word that President Obama was going to make a surprise appearance spread through the hall, the energy changed. By the time the president hit the stage, the crowd was roaring. It also gave us the image of the day: After a bitter 2008 primary in which Clinton was one of Obama's staunchest critics, the two presidents embraced.