Accessibility links
U.S. Embassy Attacks In North Africa Reverberate On White House Campaign : It's All Politics The death of the U.S. ambassador to Libya and three other Americans at the hands of extremists there quickly became an issue in the 2012 presidential race. Republican Mitt Romney accused the administration of making an "apology for America's values," and of sending "mixed messages to the world." 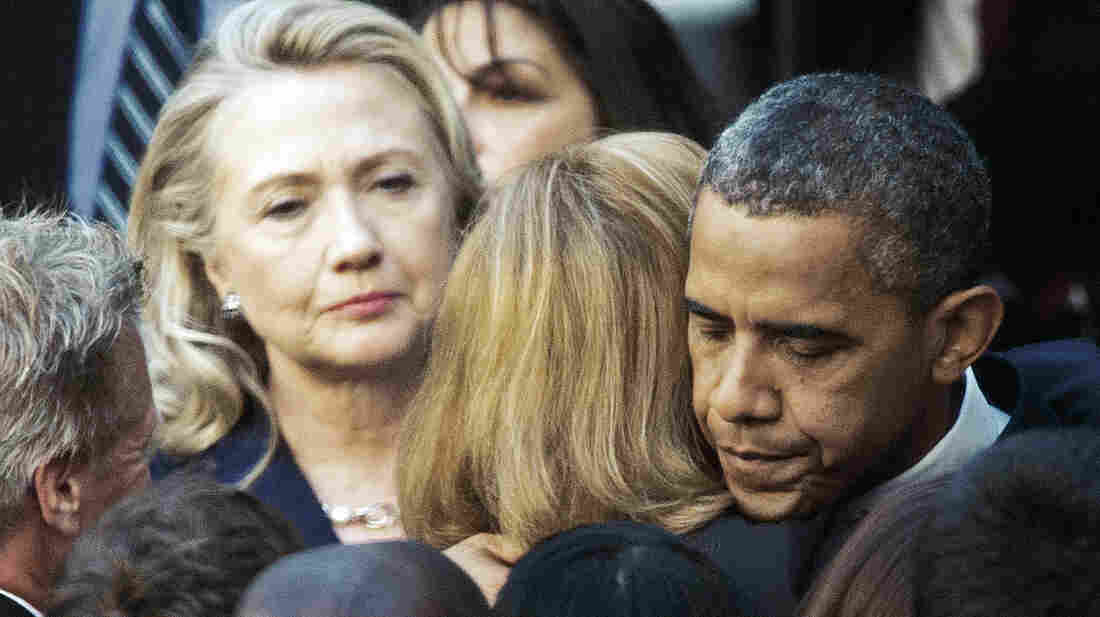 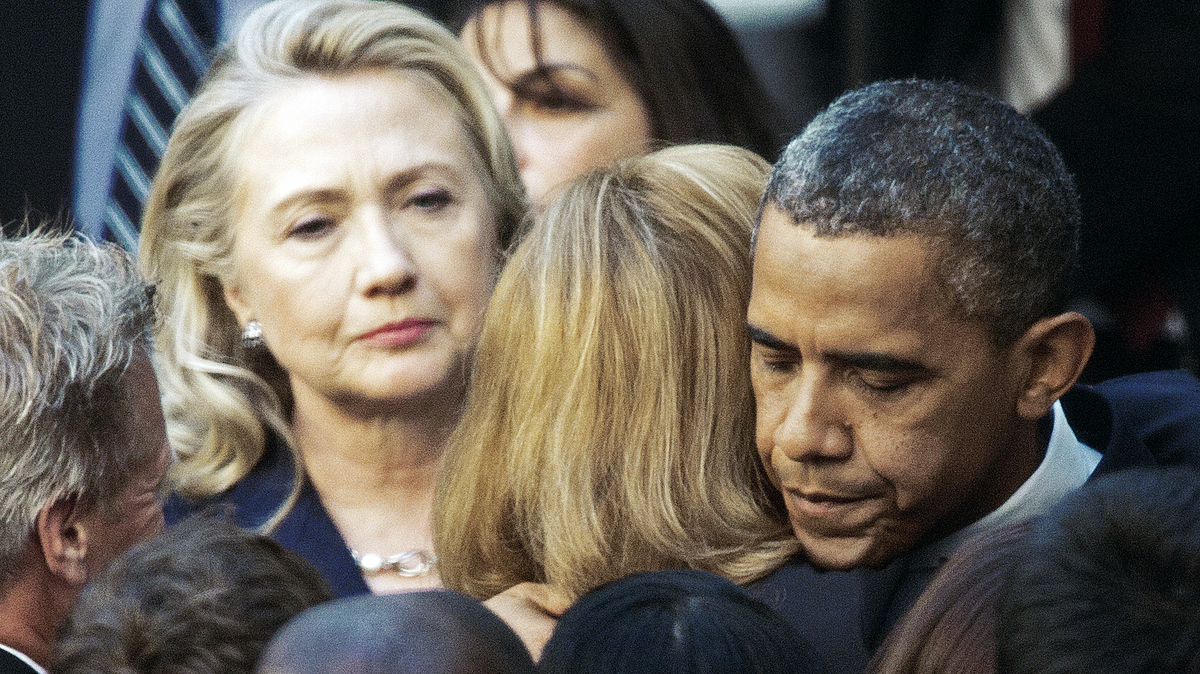 Secretary of State Hillary Clinton looks on as President Obama hugs a State Department employee Wednesday. Obama met with State Department workers after the killing of four Americans in Libya.

The death of the U.S. ambassador to Libya and three other Americans at the hands of extremists there became the latest fodder in the 2012 presidential race early Wednesday.

OBAMA: "There's a broader lesson to be learned here. Gov. Romney seems to have a tendency to shoot first and aim later. And, as president one of the things I've learned is you can't do that. That it's important for you to make sure that the statements you make are backed up by the facts and that you've thought through the ramifications before you make them.

Asked by Kroft if Romney's comments were irresponsible, Obama added:

The moment suggested that foreign policy could loom larger as an issue in a White House race that has largely been dominated by the domestic economy. 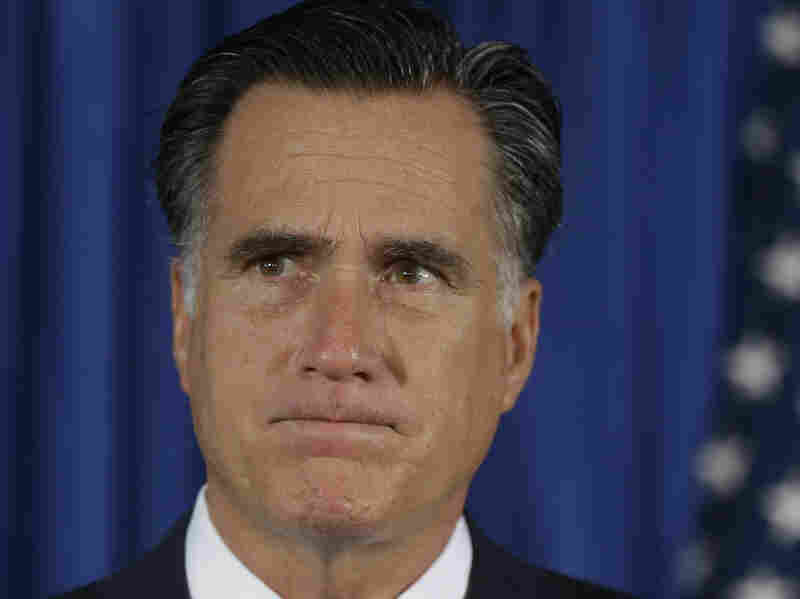 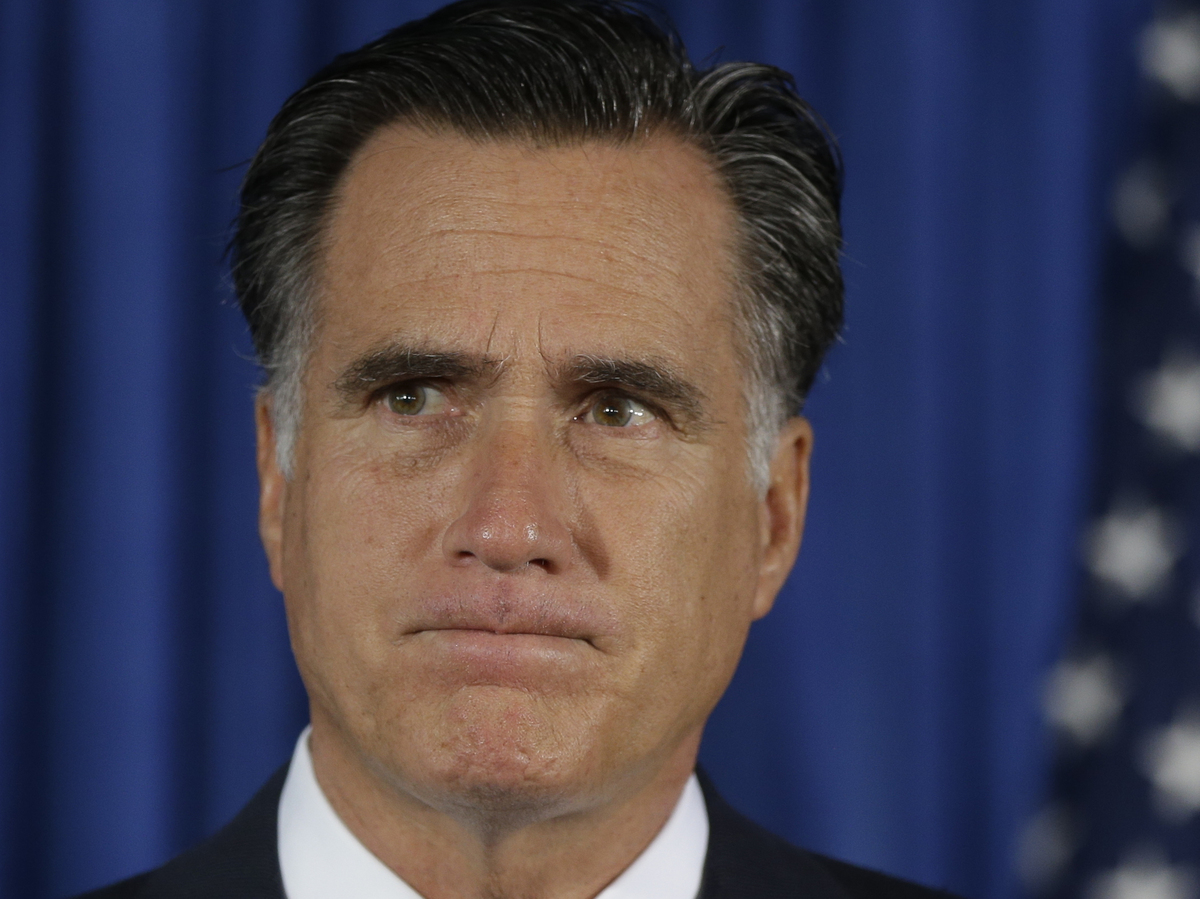 Republican presidential nominee Mitt Romney speaks in Jacksonville, Fla., on Wednesday, where he addressed the killing of four Americans in Libya.

Presidential politics intruded on the tragedy Tuesday evening before it became public knowledge that Ambassador Christopher Stevens and three other Americans were killed in Benghazi as a result of riots.

The U.S. embassy in Cairo, Egypt, had come under attack, as had the consulate in Benghazi, Libya, from outraged mobs ostensibly reacting to an amateur, low-budget anti-Muslim movie that portrayed the Prophet Muhammad unfavorably.

"The Embassy of the United States in Cairo condemns the continuing efforts by misguided individuals to hurt the religious feelings of Muslims — as we condemn efforts to offend believers of all religions."

Romney's campaign apparently saw an opportunity to construe that statement as an apology. A key line of attack for Romney is the charge that Obama has shown weakness by allegedly apologizing for past U.S. behavior, an accusation fact checkers have called groundless. Indeed, Romney's campaign manifesto is titled "No Apology: Believe In America."

While the Romney and Obama campaigns had avoided harsh political attacks on Tuesday, the 11th anniversary of the Sept. 11 attacks, the Republican presidential nominee's campaign had a statement ready to go before midnight that criticized the Obama administration for the Cairo embassy's statement. It accused the administration of siding with the attackers.

This caused the Obama campaign to accuse Romney of playing politics amid deadly violence aimed at Americans and a still volatile situation.

Romney pressed ahead with his criticism of Obama when he appeared briefly before reporters Wednesday to make a statement and answer some questions.

In response to a reporter's question, Romney said:

ROMNEY: "The embassy in Cairo put out a statement after their grounds had been breached. Protesters were inside the grounds. They reiterated that statement after the breach. I think it's a terrible course to — for America to stand in apology for our values. That instead when our grounds are being attacked and being breached, that the first response of the United States must be outrage at the breach of the sovereignty of our nation. And apology for America's values is never the right course."

Reminded by a reporter that the White House said Tuesday evening that the embassy statement wasn't the president's official position, Romney said:

Romney's comments came in the context of a presidential campaign that not only has been dominated by the U.S. economy, but one in which polls show Obama enjoying an advantage with voters on national security and foreign policy.

Obama has been helped by his successful order to kill Osama bin Laden and by what, until Tuesday, had seemed to be a success in Libya, the toppling of strongman Moammar Gahdafi.

It also comes against the backdrop of foreign policy and national security gaffes by Romney. He offended the British with doubtful comments about the London Olympics, and his speech at the Republican National Convention was the first by a GOP nomnee since 1952 to not mention American troops engaged in conflict abroad.

Speaking at the White House minutes after Romney spoke, Obama stuck to the presidential script, speaking of the sad loss of the diplomats, condemning the violence and underscoring support for the Libyan government:

"The United States condemns in the strongest terms this outrageous and shocking attack. We're working with the government of Libya to secure our diplomats. I've also directed my administration to increase our security at diplomatic posts around the world. And make no mistake, we will work with the Libyan government to bring to justice the killers who attacked our people."

"As Americans, let us never, ever forget that our freedom is only sustained because there are people who are willing to fight for it, to stand up for it, and in some cases, lay down their lives for it. Our country is only as strong as the character of our people and the service of those both civilian and military who represent us around the globe."

"No acts of terror will ever shake the resolve of this great nation, alter that character, or eclipse the light of the values that we stand for. Today we mourn four more Americans who represent the very best of the United States of America. We will not waver in our commitment to see that justice is done for this terrible act. And make no mistake, justice will be done."

It was only later that he accused Romney during his interview with Croft of failing a test of his readiness for presidential leadership by making comments before enough facts were in.

Obama's criticisms of Romney followed those of his campaign. In its response to the late-night Romney campaign statement, Ben LaBolt, an Obama campaign spokesman, said:

"We are shocked that, at a time when the United States of America is confronting the tragic death of one of our diplomatic officers in Libya, Governor Romney would choose to launch a political attack."

That statement was echoed by one Wednesday from the 2004 Democratic presidential nominee and chairman of the Senate Foreign Relations Committee, Sen. John Kerry, a Massachusetts Democrat:

"This is one of those moments when Americans must unite as Americans. It is exactly the wrong time to throw political punches. It is a time to restore calm and proceed wisely."

Tellingly, Sen. Mitch McConnell, the top Republican in the Senate, along with some other Republican senators, avoided criticizing Obama, seemingly obeying the old Washington rule that "politics stops at the water's edge." Said McConnell:

"Among the things we can all agree on in Washington is that attacks on the U.S. and its representatives will be met with resolve, and that America's presence and defense of our national interests across the globe will not be deterred by the acts of violent extremists."

NOONAN: "I think I belong to the old school of thinking. In times of great drama and heightened crisis and in times when something violent has happened to your people, I always think that discretion is the better way to go. When you step forward in the midst of a political environment and start giving statements on something dramatic and violent that has happened, you're always leaving yourself open to accusations that you're trying to exploit things politically.

"I don't feel that Mr. Romney has been doing himself any favors, say, in the past few hours, perhaps since last night. Sometimes when really bad things happen, when hot things happen, cool words or no words is the way to go."

FOX HOST BILL HEMMER: "It's hard to piece together the time line at the moment, and we must give that consideration, too, because, between Cairo in the east and Benghazi to its west, we're trying to piece together when was the embassy statement put out. Was it considered an apology? Especially on Sept. 11, the most single, sensitive date in our country, I would argue."

NOONAN AGAIN: "The U.S. Embassy statement in Egypt statement, original statement after the crowds got out of control there, seemed to me to sound weak and frightened, but it must have been a frightening moment for a lot of people. I really don't know what the higher meaning there is."