Accessibility links
Despite Recent Romney Stumbles, Presidential Race Is Far From Over : It's All Politics Republican presidential candidate Mitt Romney appears a man under siege. But while Democrats are licking their chops and many Republicans are despairing at the state of the Romney campaign just seven weeks from Election Day, more dispassionate observers suggest that the race is still very close.

Despite Recent Romney Stumbles, Presidential Race Is Far From Over

Despite Recent Romney Stumbles, Presidential Race Is Far From Over 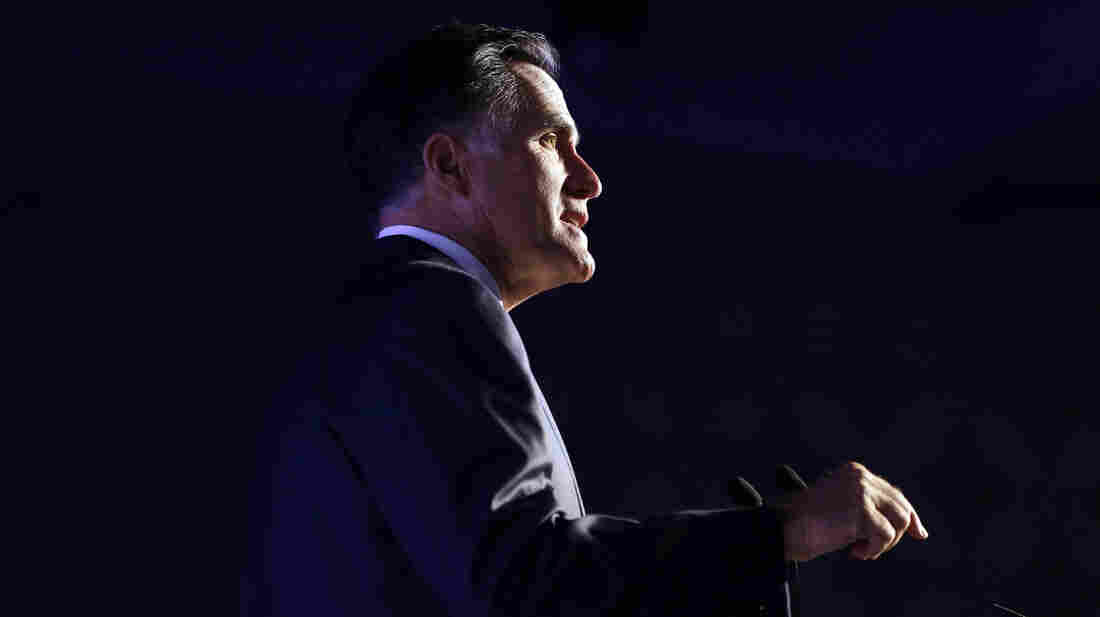 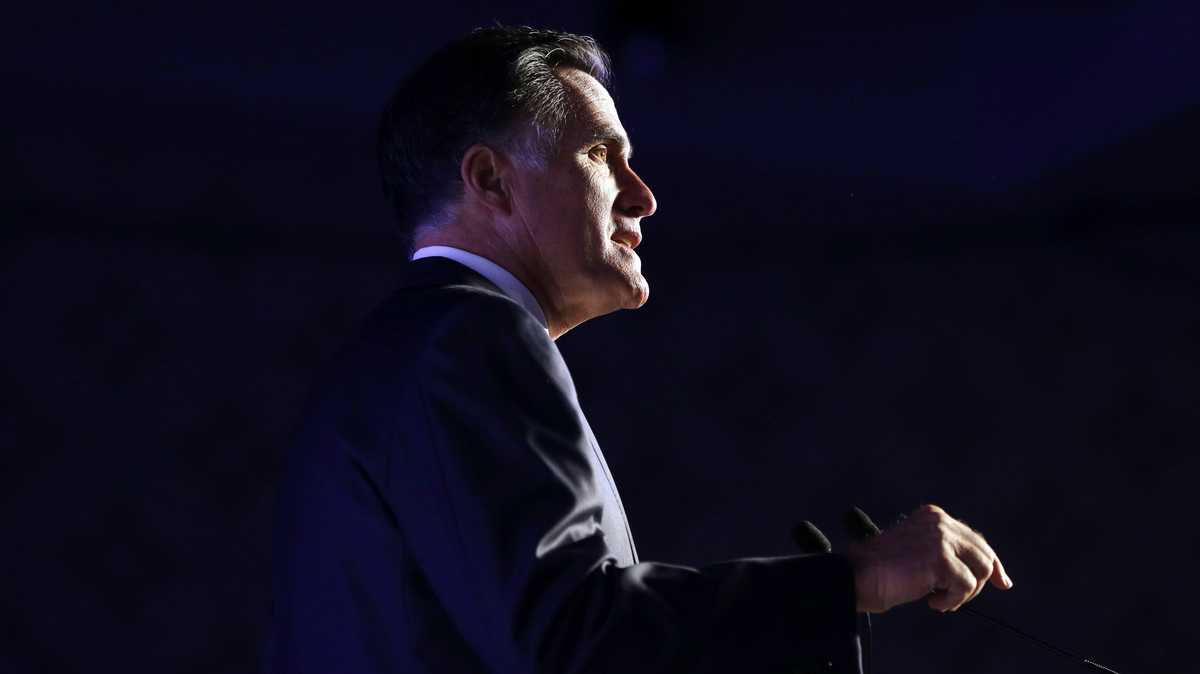 His political strategists are feuding over the direction of the campaign. He bungled his "presidential moment" with an ill-timed and ill-informed response to violence in Libya that led to the death of a U.S. ambassador and three other Americans.

And just as his campaign moved Monday to refocus its message in the wake of a poll showing him losing ground to President Obama on the issue of the economy, a video surfaced purporting to show Romney joking at a fundraiser that he'd have a better chance of winning if his grandparents were Mexican.

But while Democrats are licking their chops, and many Republicans are despairing at the state of the Romney campaign just seven weeks from Election Day, the more dispassionate among us suggest that the more things change, the more they stay the same.

"It's still a fluid, very competitive race," says Nathan Gonzales, of the nonpartisan Rothenberg Political Report, which analyzes political races. "Anyone who says they know who is going to win doesn't."

A national poll bounce that Obama got from the recent Democratic convention continues to dissipate. The eight tossup states that will ultimately decide the race remain nail-biters, though Obama is showing increasing strength in two — including the electoral vote-rich Ohio.

There are two more jobs reports due before Nov. 6 and three presidential debates next month. And despite Romney's much criticized response to the violence in the Middle East, it's not yet clear how continuing unrest there and in North Africa might affect the president's stature.

"The caution I continue to make is that things continue to change," says Frank Newport, editor-in-chief at Gallup. "It is still too early to make predictions, even though many people want to."

Gallup's daily presidential tracking poll showed that Obama improved his national lead over Romney with each day of the Democratic convention, reaching a 7-point advantage by the time the party closed up shop in Charlotte on Sept. 6.

Romney got no bounce out of the Republican convention the week before in Tampa.

But since then, when Obama held a 50-43 percent national lead, his bounce has shrunk. Monday, Gallup had Obama favored by 48 percent of those polled, Romney by 45 percent.

"It appears to be settling down to where it began before the conventions," Newport said, noting that people — many in the media — "jumped to the conclusion that the race had been reset."

"If these trends continue," he said, "it didn't reset the race."

Recent Gallup surveys, however, have shown that Obama's approval rating among likely voters has reached 50 percent, a key threshold for incumbents.

No incumbent president running for re-election in the day of modern polling has ever lost with an approval rating of 50 percent or more going into Election Day.

That, coupled with an uptick in the number of people who think the country is moving in the right direction, have some, like Gonzales, waiting to see whether the president has a fundamental advantage going forward.

Perhaps the most worrisome news for Republicans was a recent New York Times/CBS News poll that showed Obama had taken away Romney's long-held edge as the candidate "most likely to restore the economy."

The same poll also suggested that the Obama campaign had gained the upper hand with voters on whom they most trust to deal with Medicare. Changes in the retirees' health insurance program proposed in Obama's health care overhaul, and by Romney and his running mate, Rep. Paul Ryan of Wisconsin, loom large in the key tossup state of Florida.

"If the country trusts President Obama on the economy more than Mitt Romney, then the game is over," Gonzales says. "I just don't know where the Republicans go from there."

"But we want to see more polling, more trends," he said.

The Times poll, Newport says, was a "strong one for Obama overall" and conducted fairly close to the convention, so more survey data will put the numbers in better perspective.

"But this would be good news for Obama if he maintains parity, or beats Romney on the economy," Newport says.

People will tune into the three presidential debates in October (the first is in two weeks), but their effect on the electorate is expected — with the emphasis on expected — to be negligible.

"Debates don't matter until they do," Gonzales says. Will a candidate make an exceptional point? Or stumble spectacularly?

"It will be important for Romney to try and get voters to be more comfortable with him if they don't like where things in the country are headed," he said. And Obama? He needs to persuade undecided voters on that right direction/wrong direction question.

However, there's another complicating factor in a race where the targets are the handful of undecided voters in Colorado, Florida, Iowa, New Hampshire, Nevada, Ohio, Virginia and Wisconsin.

The debates may have historically less significance this year than in past presidential cycles because of early voting. Registered voters in Iowa, for example, can start casting their ballots as early as Sept. 27.

That gives both campaigns the opportunity to lock down so-called soft supporters before anything transpires ahead of the election that could change their minds, Gonzales says.

Those will be more telling in coming weeks than anything candidates may say about abortion, reproductive choice, income brackets or health care, Gonzales predicts.

"As much as we want to dissect where these small numbers of undecided voters are on those issues," he said, "it's going to be a gut feeling. If it is about the issues, you've probably already made up your mind."