Accessibility links
Women Head For The Hill In Record Numbers : It's All Politics More women are running for Congress than ever before. This year may be the product of a unique political climate, but is a broader change on the way?

Women running for the Senate

Listen
Women Head For The Hill In Record Numbers

Women Head For The Hill In Record Numbers

Women running for the Senate

More women are running for Congress this year than ever before. The 18 women running for the Senate break the previous record of 14, set two years ago. Also, there are 163 female candidates for House seats, more than the 141 who ran in 2004.

That gives this election season a Year-of-the-Woman ring to it, says The Center for American Women and Politics. The center's director, Debbie Walsh, offered some reasons in a press release:

"... The crucial first election after reapportionment and redistricting, news events underscoring the need for women's voices in policymaking, and a presidential election year generating political excitement." 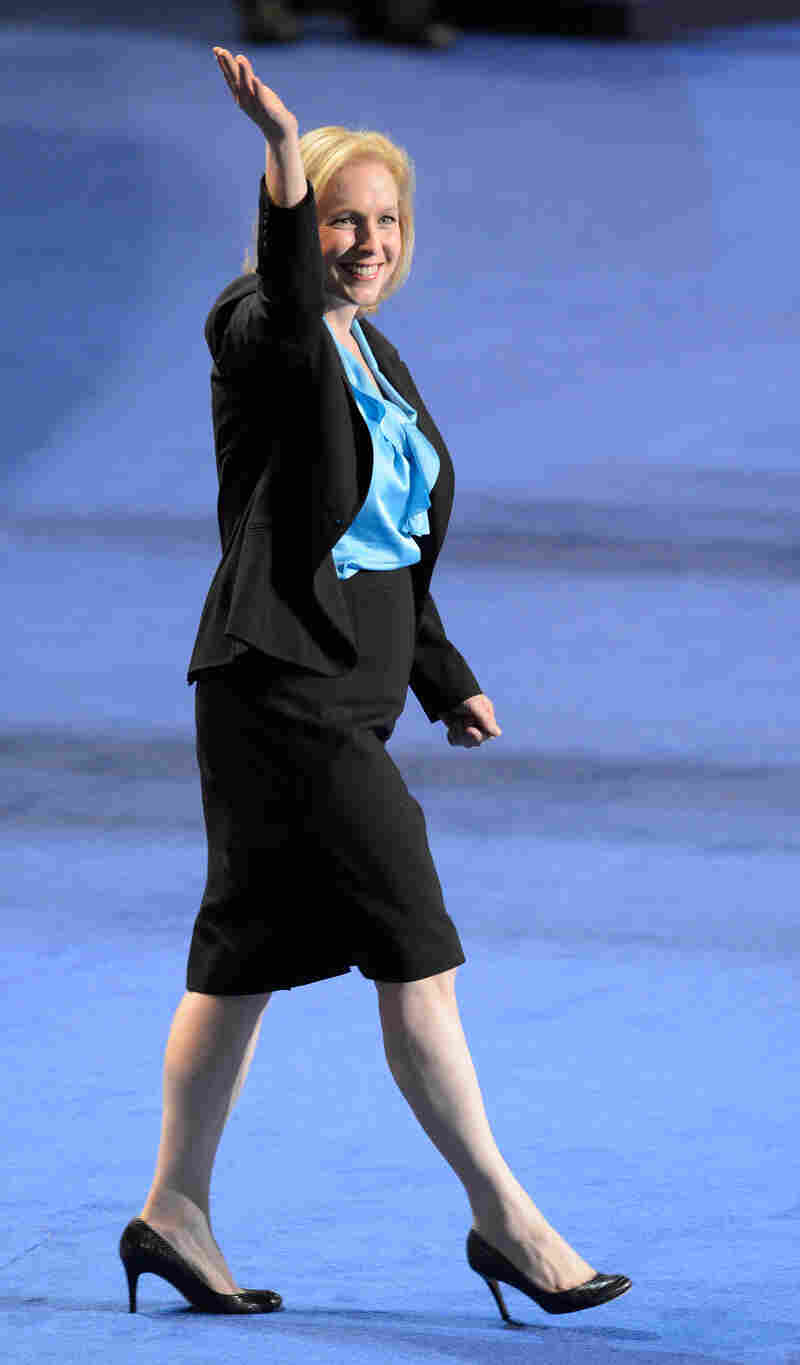 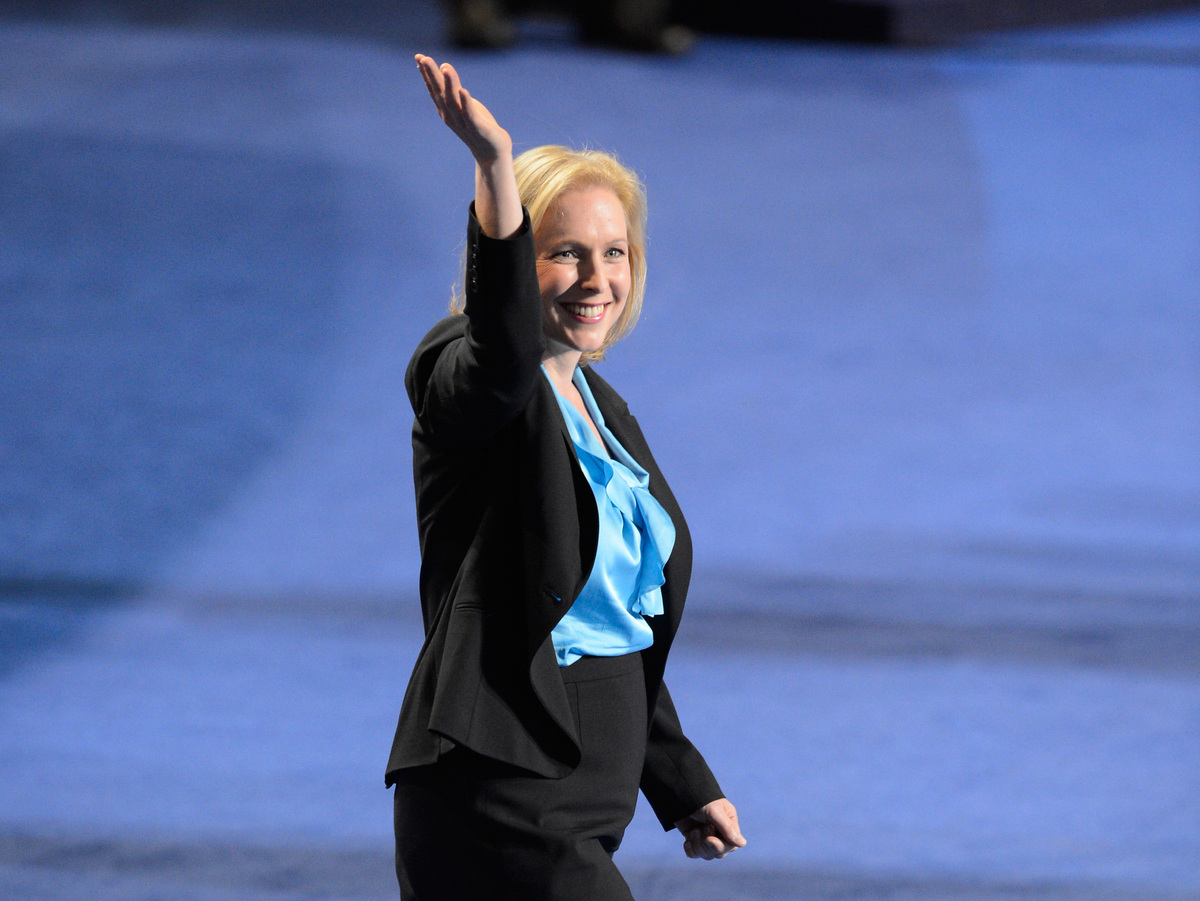 U.S. Democratic Sen. Kirsten Gillibrand of New York waves as she takes the stage at the Democratic National Convention in Charlotte, N.C., earlier this month.

"On the Democratic side, you could make the case that they've been saying the Republicans are waging a 'war on women,' and a lot of Democratic women may be more energized by the rhetoric we've seen so far," Rudin says. "But Republican women have been coming through the ranks as well."

CAWP reports that there are more than twice as many Democratic women than Republican women running for Congress. Its nonpartisan 2012 Project to get more women elected has a full list of the candidates. But after the elections, The New York Times reports, there will be more Republican female governors.

In the Senate races, Rudin says there are six favorites, all incumbent Democrats: Dianne Feinstein of California, Debbie Stabenow of Michigan, Amy Klobuchar of Minnesota, Kirsten Gillibrand of New York, Maria Cantwell of Washington and Claire McCaskill of Missouri.

Feinstein and Gillibrand are running against other women, but Rudin says neither of those Republicans stand much of a chance.

McCaskill was not initially favored in Missouri, Rudin says. But that was before GOP candidate Todd Akin made a comment about what he called "legitimate rape." After that, Republicans took their money elsewhere.

"It's been a major advantage for Democrats this cycle to have this many great women candidates. They've not only been effective fundraisers, but they've also been very effective messengers for their own campaigns and for the Democratic message."

Elizabeth Warren of Massachusetts has also been drawing attention. Her battle against incumbent GOP Sen. Scott Brown has been close, though recent polls show Warren slightly ahead.

A high point for Republican women could be in Nebraska, where Deb Fischer is running against former governor and former senator Bob Kerrey, who's been out of politics since he retired from the Senate in 2000. Rudin says there could be a surprise in Connecticut, where Linda McMahon has reinvented herself after losing badly in the Senate race two years ago.

But female Republicans will have to say goodbye to both Kay Bailey Hutchinson of Texas and Olympia Snowe of Maine, who are retiring.

Making Their Way Up

This current surge of women doesn't guarantee a place at the table over the long run, however. While women are running for the House and the Senate in record numbers, they aren't as visible in state legislatures, Rudin says.

"The way to move up in politics — or at least the way it always used to be — is to go through the ranks, start your way up through state legislatures," he says. Women still aren't doing that.

And, as money plays more of an integral role in campaigning, that can also be a barrier for women. In a 2009 report, CAWP said "most women believe that it is harder for female candidates to raise money than male candidates, while the overwhelming majority of men believe it is equally hard for both men and women." At the same time, the report says, female candidates "can and often do raise as much money as men."

Things are changing, though, Rudin says.

"Perhaps one day ... we can stop talking about women who are running, because it won't be a special case anymore."