Accessibility links
Investigation Dims GOP's Hopes For Holding On To House Seat In Fla. : It's All Politics Republican Rep. David Rivera is under investigation in a case that involves allegations of cash-stuffed envelopes and a missing GOP campaign operative. Now, Democrats in Florida think they have a good chance of capturing his seat. 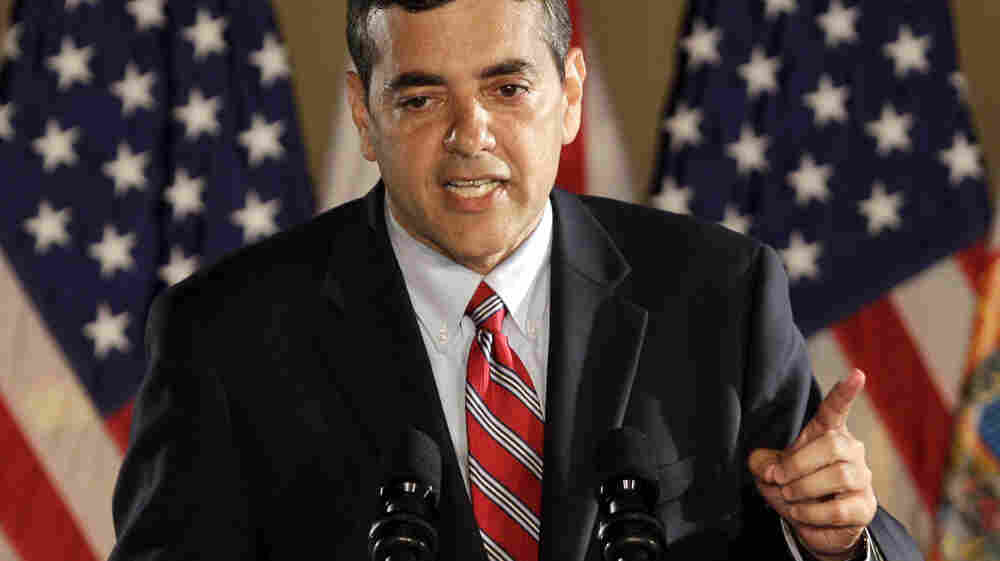 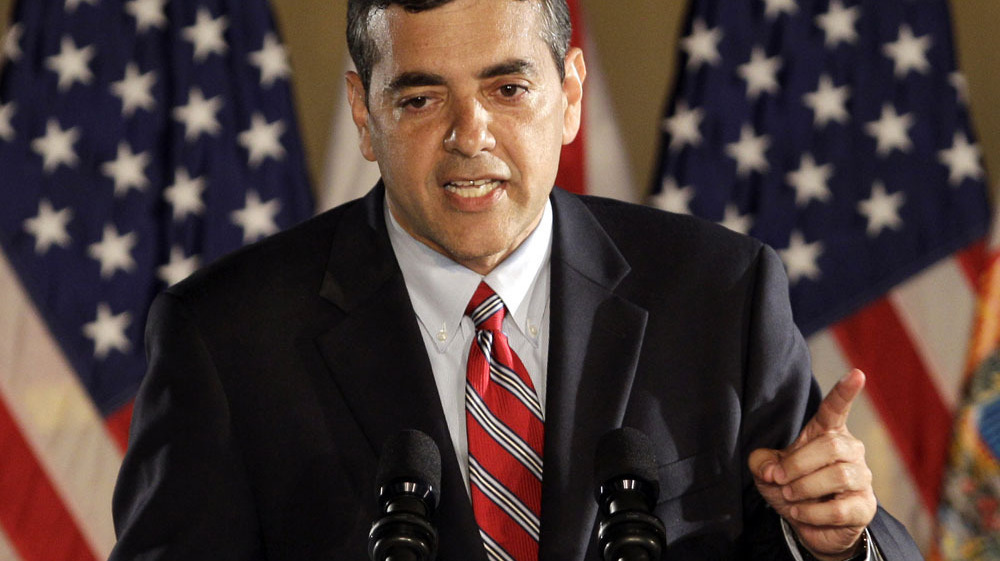 Democrats in Florida think they have a chance in November to take back some congressional seats now held by Republicans. Near the top of the list is the 26th Congressional District near Miami.

It's a largely Hispanic district currently represented by Republican David Rivera. Although just a freshman in Congress, Rivera is a well-known Miami politician. Before being elected to Congress, he served eight years in the Florida Legislature and shared a house with longtime friend Marco Rubio.

Rubio was Florida's House speaker and now is a U.S. senator. But for most of the past two years, while Rubio has risen in prominence, Rivera has been under state and federal investigations.

The most recent investigation began last month, after The Miami Herald broke the news that Rivera may have spent more than $40,000 to fund Justin Lamar Sternad, a candidate running in his district's Democratic primary. Businessmen who helped send out campaign mailers for Sternad said they were actually working for Rivera, the Republican in the race.

"This is highly unusual. I cannot ever remember a member of Congress being involved in something quite as sleazy as this," says Melanie Sloan, who heads Citizens for Responsibility and Ethics in Washington.

One of the businessmen said he was paid entirely in cash — receiving four thick envelopes stuffed with $100 bills. Emails and invoices reportedly link the payments to Rivera.

The story gets juicier. The money was delivered by one of Rivera's friends — a Republican campaign operative. Prosecutors seized her computers and were set to talk to her, but she disappeared. Even her lawyer and mother say they don't know where she is.

Although it's intriguing, is it against the law to give money to an opponent? Sloan says it can be.

You may wonder why Rivera would donate money to an opposing candidate. The mailer sent out during the primary attacked Joe Garcia, the leading Democrat in the race; Garcia eventually won his party's nomination. But at the time, analysts favored Rivera to win in the general election.

This isn't the only investigation involving Rivera. Federal authorities are also looking at campaign finance activities going back to when he was a state legislator.

With all of these clouds swirling over his campaign, Rivera has kept a low profile. He didn't respond to requests for an interview for this report.

About the only comments Rivera has made about the charges came last month on Miami's Channel 41 in Spanish. On the program, Rivera held up an amended Federal Election Commission report filed, he said, by Sternad. Rivera accused The Miami Herald of slander and said the charges were false.

Meanwhile, the FBI is examining the envelopes that held the cash for fingerprints.

Democrats think they have a good shot at recapturing Rivera's seat — one that's been held by Republicans since the district was formed 10 years ago.

At the Casa Vieja restaurant in Miami's western suburbs Monday night, Democrat Garcia held an event for about 250 Colombian-American supporters.

Garcia ran for the seat against Rivera two years ago, but lost by 6 points. Since then, the district has been drawn to include more Democrats. Rivera has been dragged down by the investigations and the questions they raise about his credibility, Garcia says.

"Almost $50,000 of cash were distributed, and now the FBI is dusting for fingerprints. Let him explain it," Garcia says. "Right now, we have a history of telling the truth, being straight and honest with folks, and talking about the issues that matter."