Accessibility links
Presidential Debates: The One Area Where Campaigns Pitch Their Weakness : It's All Politics An oddity of presidential politics is that candidates and their campaigns spend nearly all their time telling voters how superior they are to their rivals in virtually every area: the wisdom of their policy proposals; the soundness of their judgments — everything, really. Except for debating.

Presidential Debates: The One Area Where Campaigns Pitch Their Weakness

Presidential Debates: The One Area Where Campaigns Pitch Their Weakness 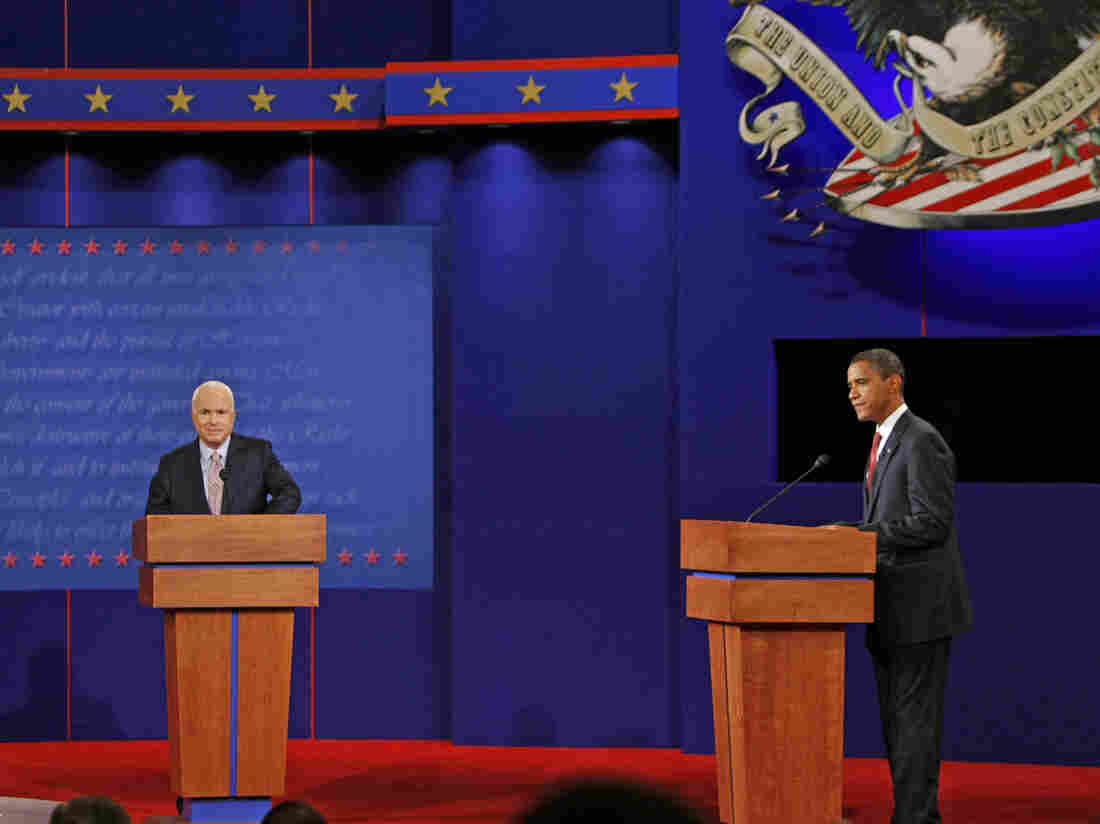 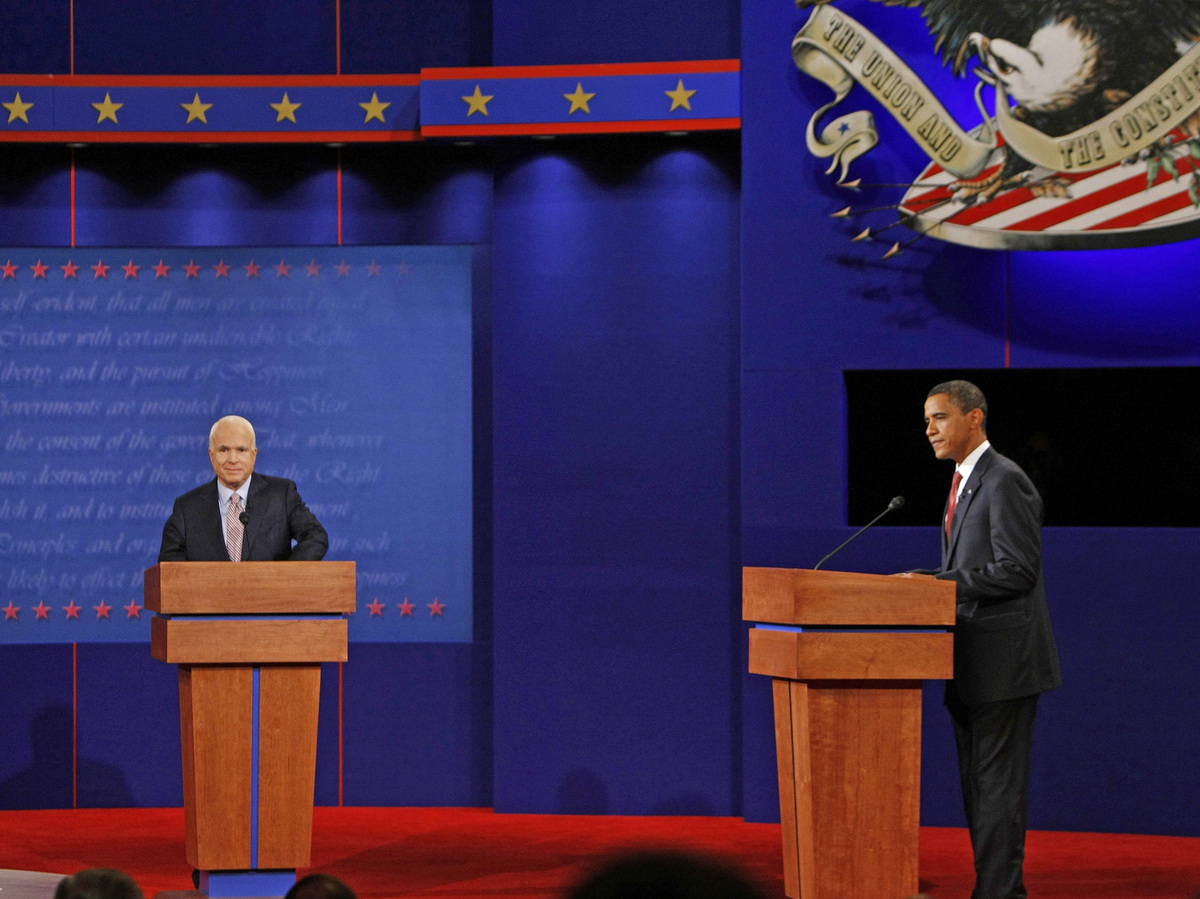 Sen. John McCain and then-Sen. Barack Obama, at one of their 2008 presidential debates.

An oddity of U.S. presidential politics is that candidates and their campaigns spend nearly all their time telling voters how superior they are to their rivals in virtually every area: the wisdom of their policy proposals; the soundness of their characters and judgments — everything, really.

It's the old game of setting the bar high for your opponent and lower for your candidate, of course. That way, anything short of a disastrous debate performance can be claimed as a knockout victory.

Still, it's curious, given that presidential campaigns usually aren't in the business of acknowledging that the other side could be more competent in something. Indeed, they spend millions of dollars trying to establish just the opposite.

The 2012 election cycle's example of this practice is a memo to "interested parties" from the Romney campaign first reported by CNN. The memo from Beth Myers, a senior adviser to Mitt Romney, sings President Obama's praises as a debater. An excerpt:

"President Obama is a uniquely gifted speaker, and is widely regarded as one of the most talented political communicators in modern history. This will be the eighth one-on-one presidential debate of his political career. For Mitt Romney, it will be his first."

"Four years ago, Barack Obama faced John McCain on the debate stage. According to Gallup, voters judged him the winner of each debate by double-digit margins, and their polling showed he won one debate by an astounding 33-point margin. In the 2008 primary, he faced Hillary Clinton, another formidable opponent — debating her one-on-one numerous times and coming out ahead. The takeaway? Not only has President Obama gained valuable experience in these debates, he also won them comfortably."

But the 2008 race was a long time ago. The president obviously hasn't had many opportunities to keep his debating chops in performance shape.

Indeed, it's more plausible that, far from being well-primed by his 2008 experiences for Wednesday's debate, the first of three, he'll be rusty.

Then there's Romney's participation in 23 debates during the Republican primaries, which served the role of warm-up bouts to the championship fights to occur in October.

That's not exactly the rationale White House and campaign officials are leaning on to explain why Romney has the alleged edge. Instead, they have focused on how busy the president has been doing his day job, leaving less time than they had hoped for debate rehearsals.

Jen Psaki, the Obama campaign's traveling press secretary, made the point on Thursday as the president traveled to Ohio to campaign, that not only has Romney spent more time preparing for the debate than the current president, but probably more time in preparations than any other president.

"The president will have some time to prepare, and he's been doing some studying, but it is certainly less than we have anticipated because of events in the Middle East, because of his busy travel schedule — because of just the constraints of governing. So it is less than we originally planned.

"Mitt Romney, on the other hand, has been preparing earlier and with more focus than any presidential candidate in modern history. Not John F. Kennedy. Not President Bill Clinton. Not President George Bush. Not Ronald Reagan has prepared as much as he has. So there's no question that he will have a lead on how prepared he is."

Psaki was asked what the worst-case debate scenario could be for the president:

"Well, he could fall off the stage."

In the annals of expectations-setting for a presidential candidate, that may take the prize.