Accessibility links
In Ohio, Obama and Romney Duel Over Trade With China : It's All Politics Romney and Obama are waging an ad war in the swing state of Ohio over Chinese trade. Part of the reason is that Ohio's manufacturing industry — especially for autos — is firing on all cylinders. 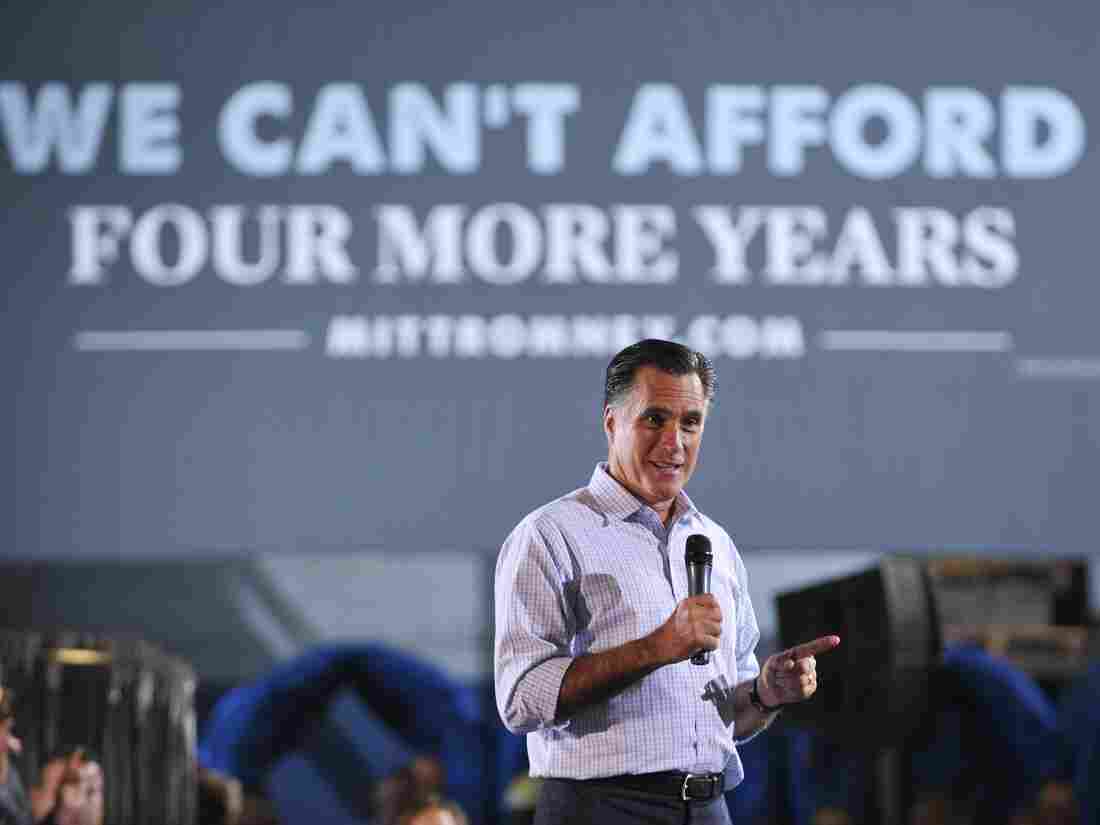 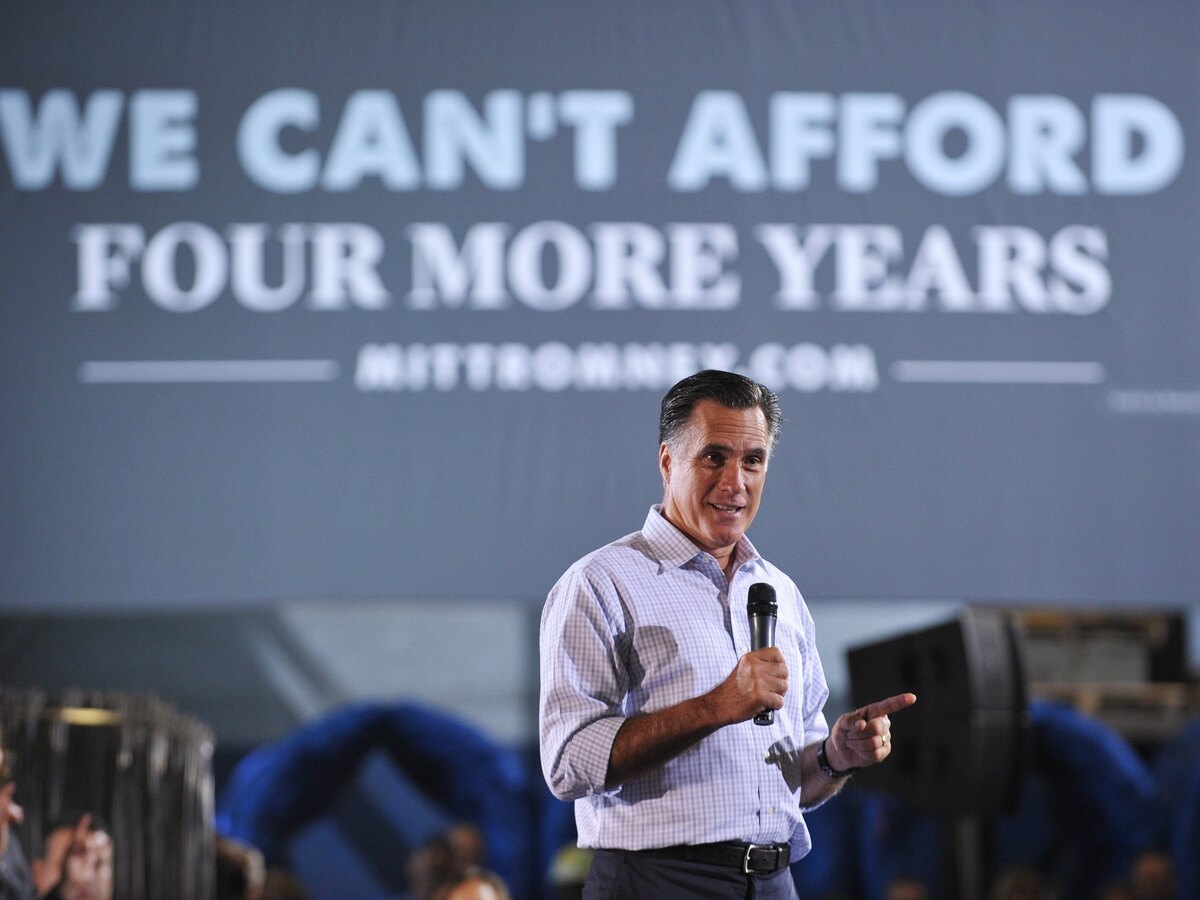 If there is a boogey man in the Ohio presidential sweepstakes, it's China. According to Bloomberg, the Democratic and Republican presidential candidates have aired nearly 30,000 ads that mention trade with China, many airing in the key swing state of Ohio.

Take an ad entitled, "stand up to China" released this month by the Romney campaign. It says, "China is stealing ideas and technology, everything from computers to fighter jets. Seven times Obama could have taken action. Seven times he said no."

Obama's campaign released an ad of its own claiming that the GOP presidential nominee during his time at Bain Capital relocated jobs to China. The ad called, "the cheaters" says, "Romney's never stood up to China. All he's done is send them our jobs."

Ohio is third only to California and Texas when it comes to manufacturing. The state produces cars, steel, washing machines, even footballs.

The Obama administration in the last several months filed complaints with the World Trade Organization against China. The complaint involved two of Ohio's biggest exports — car parts and tires.

When visiting Ohio, both sides have used their stump speeches to hammer hard against China.

"I understand that when we trade and when other nations trade on a fair basis, we will compete. We will win. We'll raise wages here. We'll create jobs," Romney said earlier this week. "But I also understand that when people cheat, that kills jobs. China has cheated. I will not allow that to continue!"

On Wednesday, at Kent State University the president said Romney's message on the campaign trail is a shift from his record at Bain.

"When you hear his newfound outrage, when you see those ads he's running promising to get tough on China, you know, it's sort of like the fox standing up and saying, 'you know, we need to keep the chicken coops more secure,'" Obama said. 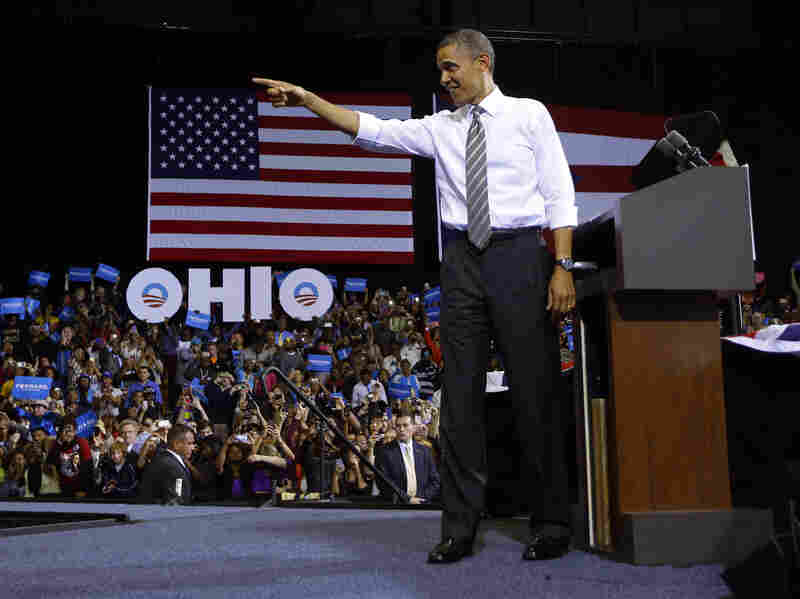 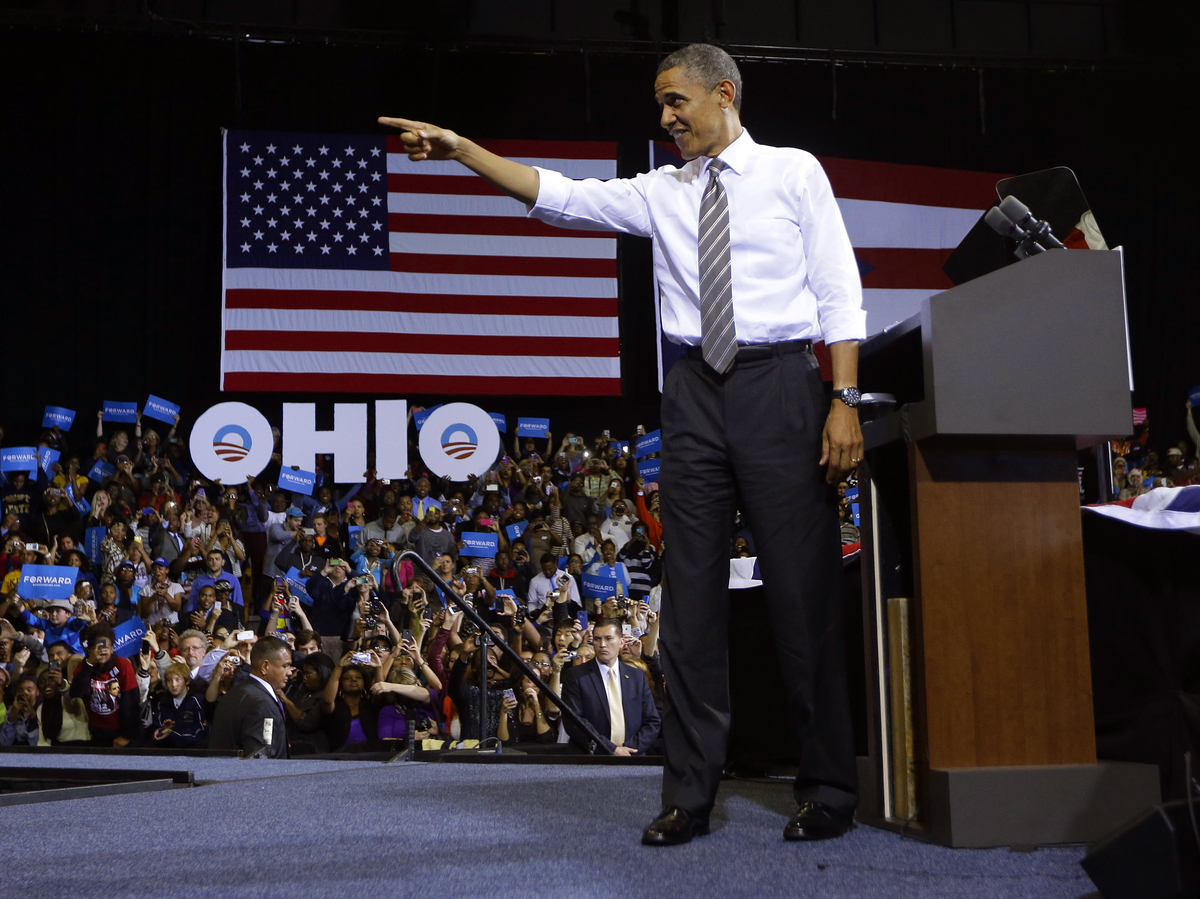 In Ohio, jobs have been created. Much of the auto industry is under 30 years old. One of these companies, is Jefferson Industries Corporation, which makes autobody parts for Honda.

"What you make at 6 o'clock in the morning, by noon time is being shipped to Honda (plants in the U.S.). Then, by 4 o'clock in the afternoon, Honda is using it in their operation," said Hassan Saadat, vice president of business operations for Jefferson Industries. Honda uses domestic production to make the cars it sells in the U.S. "It is going to be in a car this evening, actually. That's how fast it goes."

This is manufacturing in Ohio — much of it is very new and global. Perhaps because of this, many Ohioans still are very wary of the permanence of manufacturing.

"Over the course of several decades, Ohio and northeast Ohio experienced a lot of pain in the manufacturing sector as we shed tens of thousands of jobs. Many of those went overseas," said Brad Whitehead, president of Fund for Our Economic Future, a non-profit that tries to stimulate economic development.

He says there's been a growth in manufacturing and foreign investment.

"It's understandable if people are feeling like these early gains are promising, but that they may be vulnerable," Whitehead said.

That feeling of vulnerability is what both candidates are looking to tap, says one political scientist, especially among white working-class voters who've seen jobs go away.

"They recognize that those days are gone and they, I think, are skeptical about whether any politicians are going to solve those problems but they're especially skeptical I think about a Romney or an Obama," says Paul Beck, a political scientist at The Ohio State University.

Beck says that skepticism will keep many undecided for awhile. That means more ads and more talk of China.