Accessibility links
Colorado's Undecided Voters Are A Hot Election Commodity : It's All Politics Colorado's nine electoral votes are up for grabs and in a state that is one-third Republican, one-third Democrat and one-third unaffiliated. It's that unaffiliated vote that has the presidential candidates returning to the state again and again. 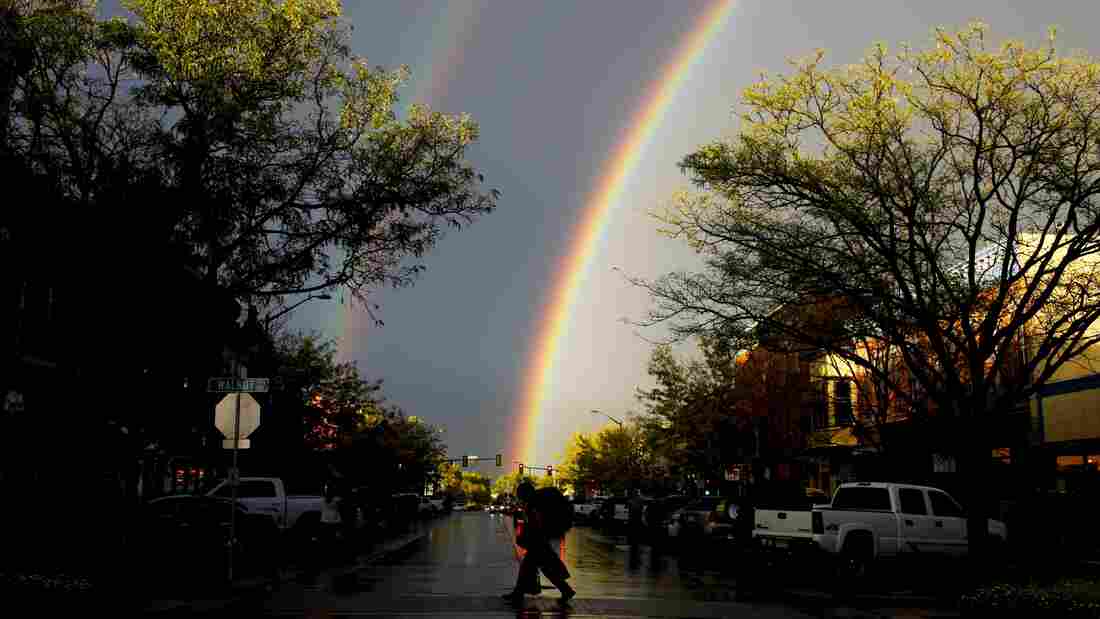 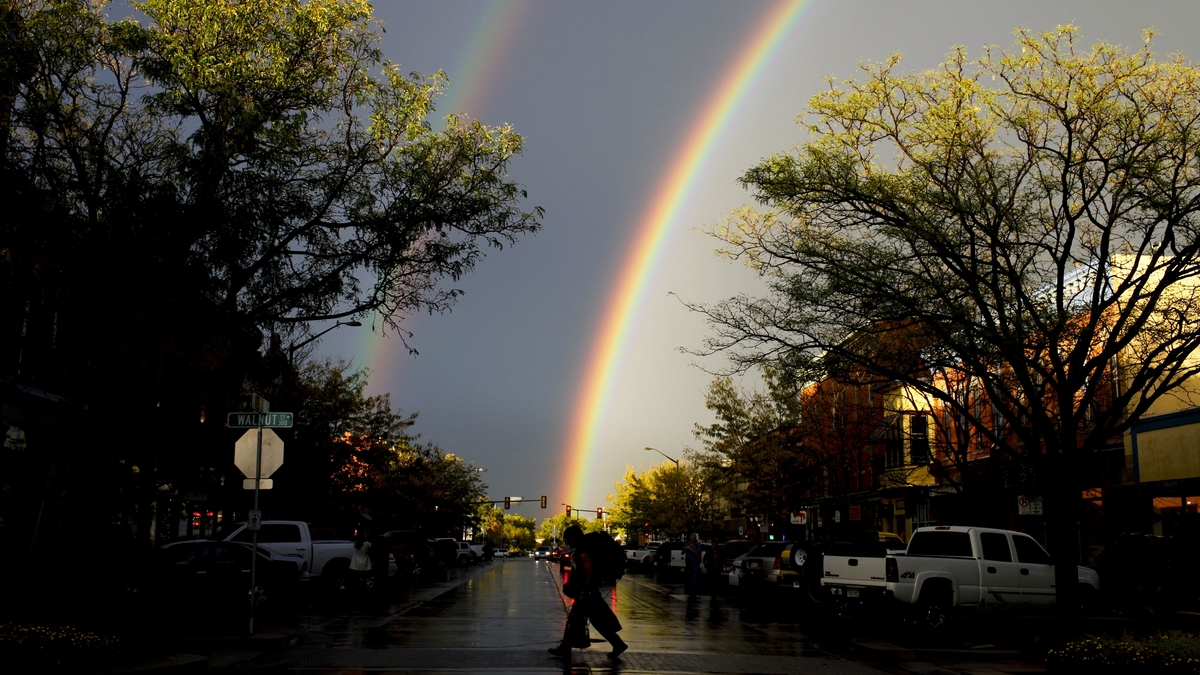 Throughout the series First and Main this election season, Morning Edition is traveling to contested counties in swing states to find out what is shaping voters' decisions.

The series started in Florida and the hotly contested county that includes Tampa, then continued to a county in Wisconsin that voted twice for George W. Bush and then swung to Barack Obama.

Renee Montagne just spent a few days in Colorado's Larimer County, which, after a run of favoring Republican presidential candidates, also switched to Obama in 2008. This fall's presidential race in Colorado is a dead heat.

We arrived in Colorado on a late summer afternoon. In the distance, dark purple thunderheads were building up, rolling in over dry brown fields. As we drove north from the Denver airport to Fort Collins, lightning flashed brilliantly in the rear-view mirror.

Despite what looked to be a fair amount of snow on the peaks of the Rocky Mountains, it's been a dry summer for Colorado, marked by devastating wildfires and extreme temperatures. Almost everyone we talked to — from people we met on the plane to our various interviewees — seemed excited about the coming rain.

Even in a normal year — one not marked by dry weather — Colorado gets more than 300 days of sunshine. That plus the beautiful landscape attracts outdoor enthusiasts and adventure-seekers. It's the healthiest state in an increasingly obese nation; it's also one of the youngest and one of the most highly educated. Additionally, the Latino population — 20 percent of the state's total population as of the 2010 census — is rapidly growing. 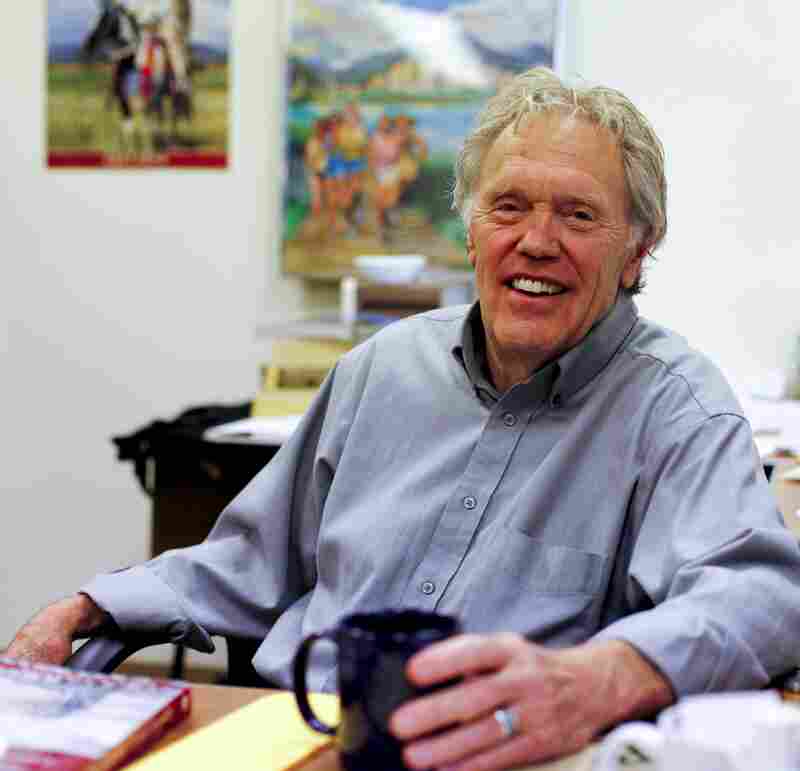 Professor John Straayer has taught political science at Colorado State University in Fort Collins for 46 years. He is not surprised that this year's race in Colorado is among the tightest in the nation. Becky Lettenberger/NPR hide caption 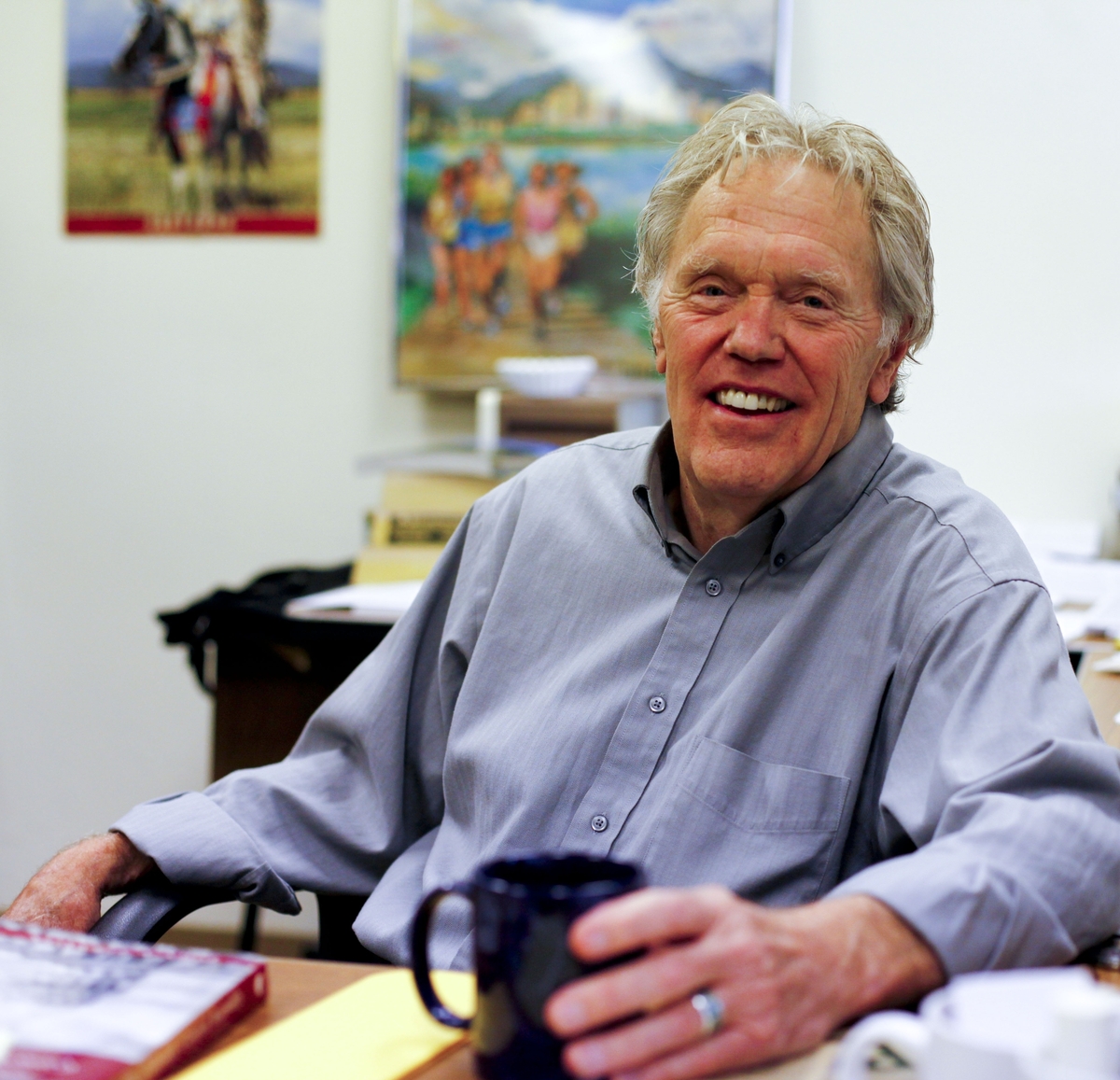 Professor John Straayer has taught political science at Colorado State University in Fort Collins for 46 years. He is not surprised that this year's race in Colorado is among the tightest in the nation.

Fort Collins, where our reporting took us, is the home of Colorado State University, with about 26,000 students. The school sits adjacent to the older part of town, bounded on one side by College Avenue, essentially the main drag of this college town. Just a few blocks off campus, shops and restaurants and bars line the street. It's a picturesque place — so much so that it served as the model for Disneyland's Main Street.

Fort Collins is also the seat of Larimer County, one of just a handful of swing counties in this battleground state. Colorado's nine electoral votes are up for grabs. One-third of the state's voters are Republican, one-third are Democrat and one-third are unaffiliated — and it's that unaffiliated vote that has the presidential candidates returning to the state again and again.

Historically, both Colorado and Larimer County have trended Republican, but they're both becoming more purple: In 2008, the county and the state voted for Obama.

We met a number of people who are likely to vote for Obama again, but there are others who are disappointed with how the past four years have gone. Both candidates will have another chance to convince Colorado voters Wednesday evening, when the first of the debates is held in Denver.