Accessibility links
Commission On Presidential Debate Defends Moderator Jim Lehrer : It's All Politics The commission said Lehrer executed the format of the debate the way it was designed. 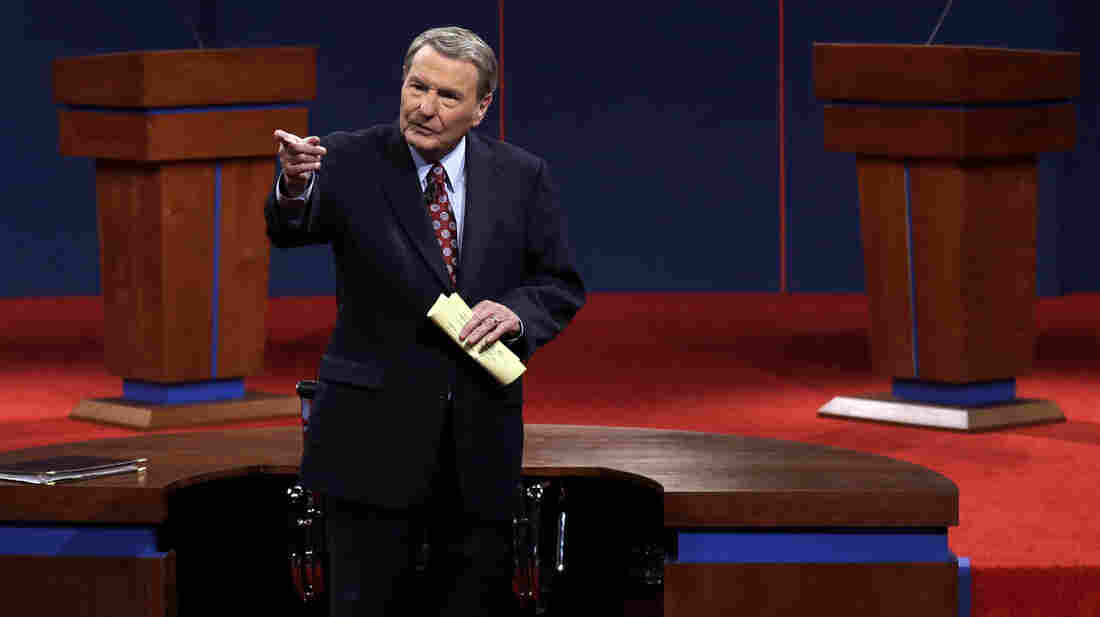 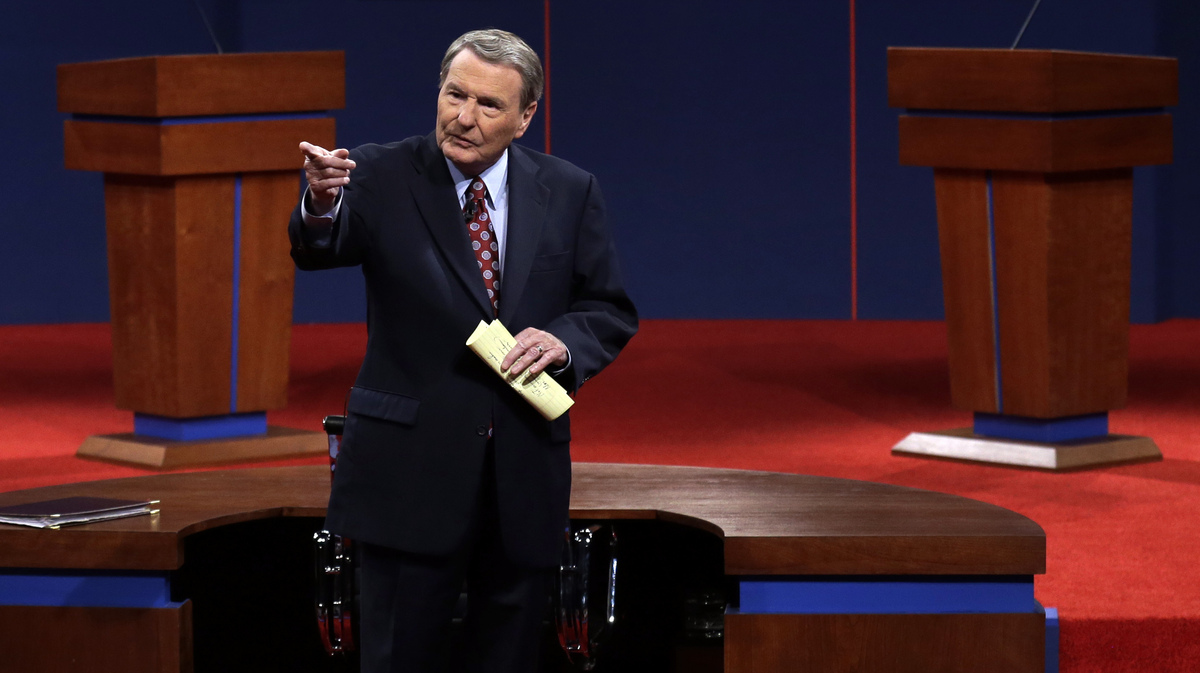 Longtime PBS anchor Jim Lehrer was heavily criticized for his role in moderating the first presidential debate on Wednesday.

Today, the Commission on Presidential Debates defended him, saying the format of the debate was intended facilitate a long discussion on each subject.

"The Commission on Presidential Debates' goal in selecting this format was to have a serious discussion of the major domestic and foreign policy issues with minimal interference by the moderator or timing signals," the commission said in a statement. "Jim Lehrer implemented the format exactly as it was designed by the CPD and announced in July."

As we reported, the 78-year-old appeared to be steamrolled by President Obama and Mitt Romney. Many times during the debate, the candidates ignored his pleas to stay within the time allotted.

Lehrer gave an interview to Politico today in which he defended his performance.

"Based on what the goal was, I saw it as successful," Lehrer told Politico. "I've always said this and finally I had a chance to demonstrate it: The moderator should be seen little and heard even less. It is up to the candidates to ask the follow-up questions and challenge one another."

He said his performance shouldn't be considered "passive."

"It's not my job to control the conversation," he said. "If the candidates gave me resistance, and I let them talk, to me that's being an active moderator, not a passive moderator."