Accessibility links
What If They Held A Debate And Nobody Won? : It's All Politics An expert says that when televised presidential and vice presidential debates began, they were supposed to be about discussion and dialogue — not winners or and losers. But that's never how the American public or journalists saw things.

What If They Held A Debate And Nobody Won?

What If They Held A Debate And Nobody Won? 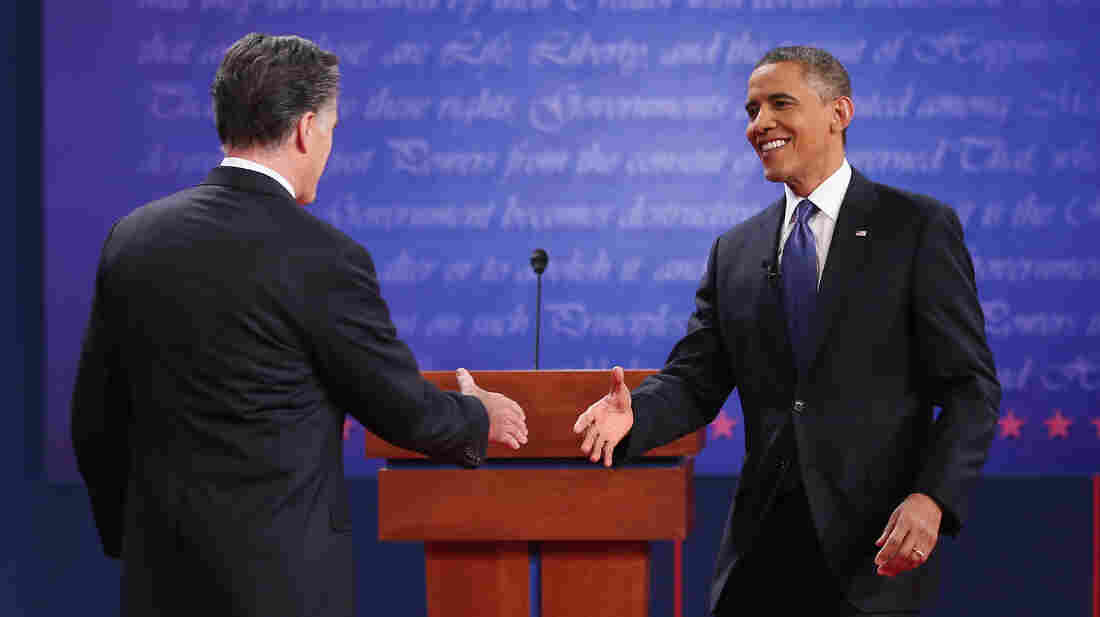 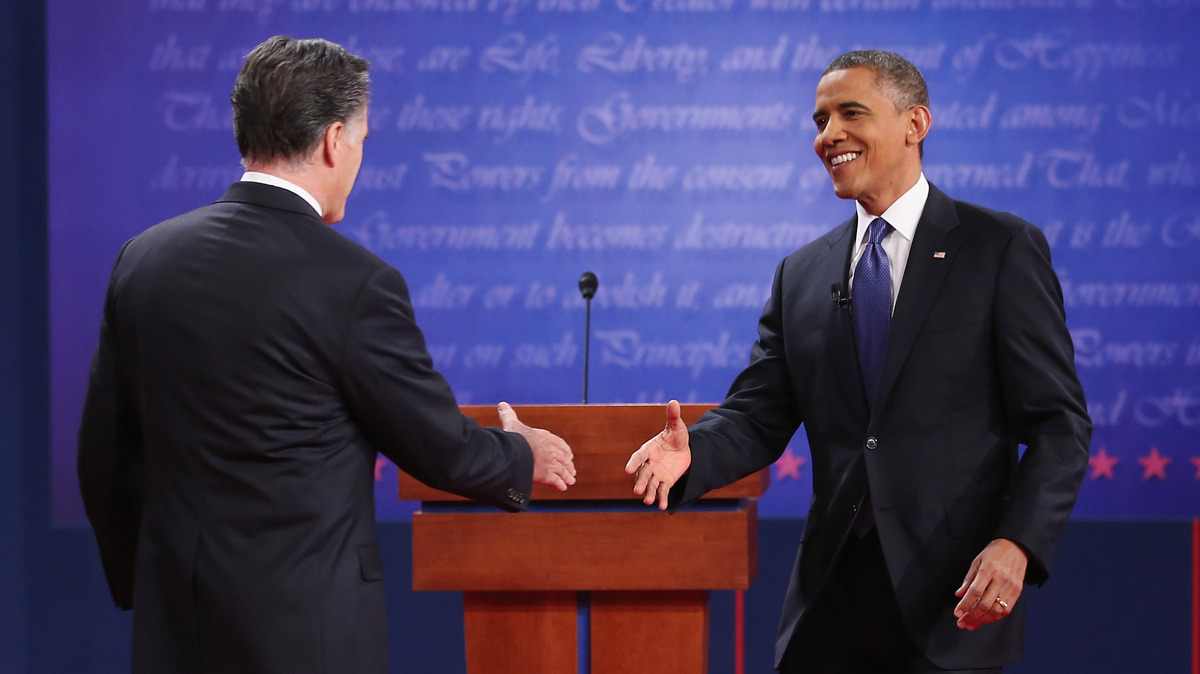 President Obama and Republican challenger Mitt Romney greet one another before Wednesday's debate in Denver.

For most people reacting to last week's presidential debate, their first thought was probably not about who made the best arguments or told the most truths. Rather it was likely deciding who won.

The answer this time around was unusually definitive: Mitt Romney, by virtually every account and measure.

But in presidential debates — and the vice presidential version, which takes place on Thursday — does there need to be a winner?

Alan Schroeder, a professor at Northeastern University, says that the name "debate" naturally suggests a contest. But Schroeder says that broadcast networks that televised the first debate in 1960 never intended to establish an atmosphere of competition.

St. Louis University's Diana Carlin studies debates both domestically and internationally, and she says that not all countries are as focused on victory and defeat as the United States.

The Republic of Georgia, Carlin says, doesn't even use the term "debate" for its events.

"They want these to be informative and they don't want the emphasis on the winner and loser," Carlin says. "These are countries that have experienced conflict and they want people to have collaboration."

"In Germany, they actually call these things 'duels.' In the promotional material, they even have guns and things." Schroeder says.

Journalists, Schroeder says, are partially to blame for ratcheting up the stakes. The media, he says, prefers clear-cut outcomes.

"I get called by tons of reporters after the debate, and if I say it's a tie, you can hear the disappointment on the other side of the conversation. It's a better conversation if there's a winner and a loser," Schroeder says.

But those reporters may simply know their audience, says University of Houston associate professor Brandon Rottinghaus.

"Debating the specifics of Romney's tax policy or analyzing the ins and outs of the president's health care plan — those are difficult to get people to pay attention to," Rottinghaus says. "But they can pay attention to a very simple matchup which can, in theory, provide a clear winner and clear loser."

Of course, there's no objective measure for winning a debate. But, Carlin says, that doesn't prevent people from declaring one.

"We have a lot of instant feedback now, which becomes a gut decision type of thing, instead of saying after the debate, 'Let's step back and see what was said and call for the evidence,'" Carlin says.

Historically, Schroeder says, most debates have been deemed ties, and voters tend to insist their favorite candidate won no matter what. Still, debates seem to inherently require a winner because, well, the election does.

"The analogy I always use is the job interview. In a job interview, you can have two candidates and have a difficult time, but ultimately you can only give the job to one applicant," Schroeder says. "You're forced to make a choice. The debates are like that."