Accessibility links
On The Campaign Trail, Regulations Dominate The Environmental Debate : It's All Politics In this presidential election, neither candidate is talking much about cleaning up the air or protecting scenic lands. Instead, the debate is about whether and how much environmental regulations hurt businesses.

Listen · 4:31 4:31
On The Campaign Trail, Regulations Dominate The Environmental Debate 4:31 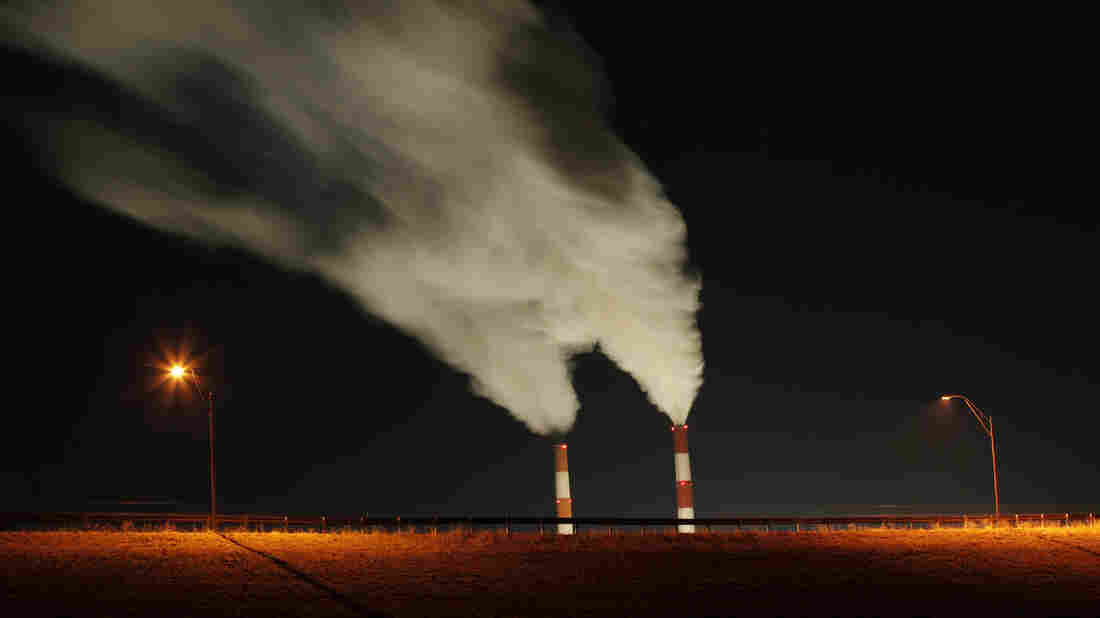 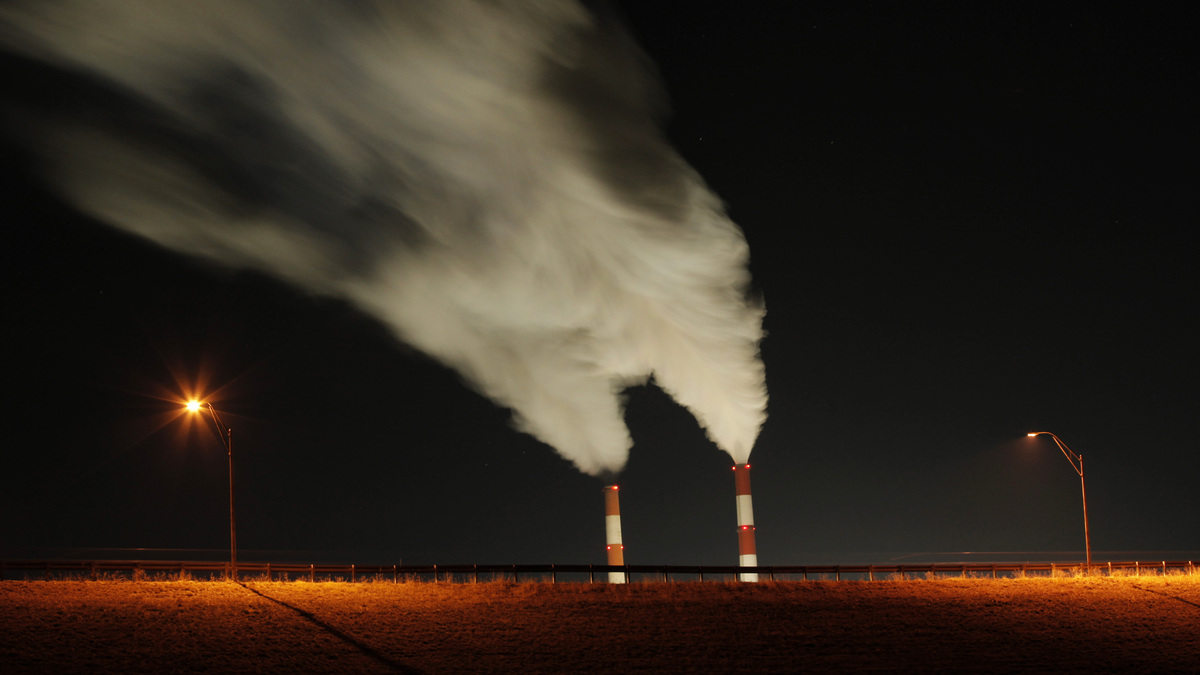 Smoke rises from the stacks of the La Cygne Generating Station coal-fired power plant in La Cygne, Kan. President Obama's regulation of the coal industry has come under fire from his Republican challenger, Mitt Romney.

In previous elections, candidates from both parties have campaigned on pledges to be environmental presidents. This time, neither candidate is talking much about cleaning up the air or protecting scenic lands.

Instead, the debate has focused on whether and how much environmental regulations hurt businesses, especially the energy industry.

Mostly it's been GOP candidate Mitt Romney criticizing President Obama for what he sees as overzealous environmental regulations that strangle the economic recovery.

Despite progress over recent decades, America's environmental ills are not solved. Air pollution in many areas still contributes to lots of asthma attacks and premature deaths from heart and lung failure. And dirty water in streams across the nation still makes some fish dangerous to eat.

Although the president doesn't talk up his environmental record much, his administration enacted long-delayed rules that could go a long way to cleaning up the toxic air pollution from burning coal to make electricity.

"Because we're acting, emissions of mercury and other pollutants, which cause a range of health problems, including neurological damage in children, will decrease significantly," Obama said in December, when the rules were announced.

These requirements were originally mandated by Congress and the first President Bush in 1990.

Obama argues that he can clean up pollution and boost the economy. For instance, Americans are getting jobs making pollution-control devices for power plants and components for hybrid and electric cars.

But Republicans and some energy executives criticize these and other Obama administration environmental rules, saying they make it difficult to get permits to build new projects and create jobs.

"The president has made it almost impossible, virtually impossible, to build a coal-fired facility in this country," Romney said recently in Virginia's coal country. "I want to keep using our coal. We get a lot of it. I want to use it."

Romney has said he would help businesses by taking a "weed whacker" to the president's regulations on coal and other industries.

In Iowa this week, he warned farmers that four more years of Obama could mean regulations on runoff, pesticides and even dust.

"The regulatory burden under this administration has just gone crazy," Romney said.

But even if he's elected, Romney couldn't just snap his fingers and get rid of those regulations. His EPA appointees would have to propose rule changes, give the public time to comment on them, and present detailed scientific and legal justifications to prove that undoing or weakening the rules make sense.

"I think that will certainly be done. But it's not something that can be done overnight," says Jeff Holmstead, an industry lawyer who headed EPA's air pollution programs under the second President Bush.

Holmstead supports Romney and is very familiar with his policies. The Romney campaign refused to provide an interview for this story.

Even if Romney were to undo the regulations, there would be another hurdle: Environmental groups surely would sue. Lawsuits from environmental groups effectively blocked the second President Bush's EPA from weakening some clean air rules.

"If you take a hard right turn on an environmental rule — or for that matter, a hard left turn — you've got strict constructionist judges who are going to say no, and they're on the federal courts today," says Kevin Book, director of ClearView Energy Partners, a Washington-based energy consulting firm.

Book says the federal judges who oversee EPA rules most likely would prevent big changes, regardless of who wins the election.

That's because the pollution rules at the center of this debate aren't just ideas Obama and his EPA came up with. They can be decades in the making or ordered by the federal courts. They're called for in environmental laws passed by bipartisan majorities in Congress — laws such as the Clean Air Act, which was first signed by President Nixon and strengthened by the first President Bush, both Republicans.

Still, if Romney were elected, there are ways he could move quickly to make things easier for industry — such as by streamlining permit requirements and easing enforcement or environmental rules.

"A President Romney could starve the agencies of money needed to enforce existing public health safeguards — in effect, take the environmental cop off the beat," says Dan Weiss, a volunteer adviser to the Obama campaign and a fellow at the action fund for the Center for American Progress, a left-leaning think tank.

Although Obama has not spent much time in his campaign talking about his environmental record, he did take a moment in his convention speech to criticize Romney's approach.

Obama said Romney's attitude is: "If a company releases toxic pollution into the air your children breathe — well, that's the price of progress."

Obama said he disagrees. "You know what? That's not who we are. That's not what this country's about," the president said.

If Obama wins a second term, his challenge will be to prove that he can revive the job market while continuing to reduce pollution and promote green energy.