Accessibility links
On The Trail In Iowa, The 'Death Tax' Gets New Life : It's All Politics Republican candidates — from presidential nominee Mitt Romney on down the ticket — have been attacking the estate tax as harmful to family farmers who want to pass on land to their children. But experts say that concern may be overblown.

On The Trail In Iowa, The 'Death Tax' Gets New Life

On The Trail In Iowa, The 'Death Tax' Gets New Life 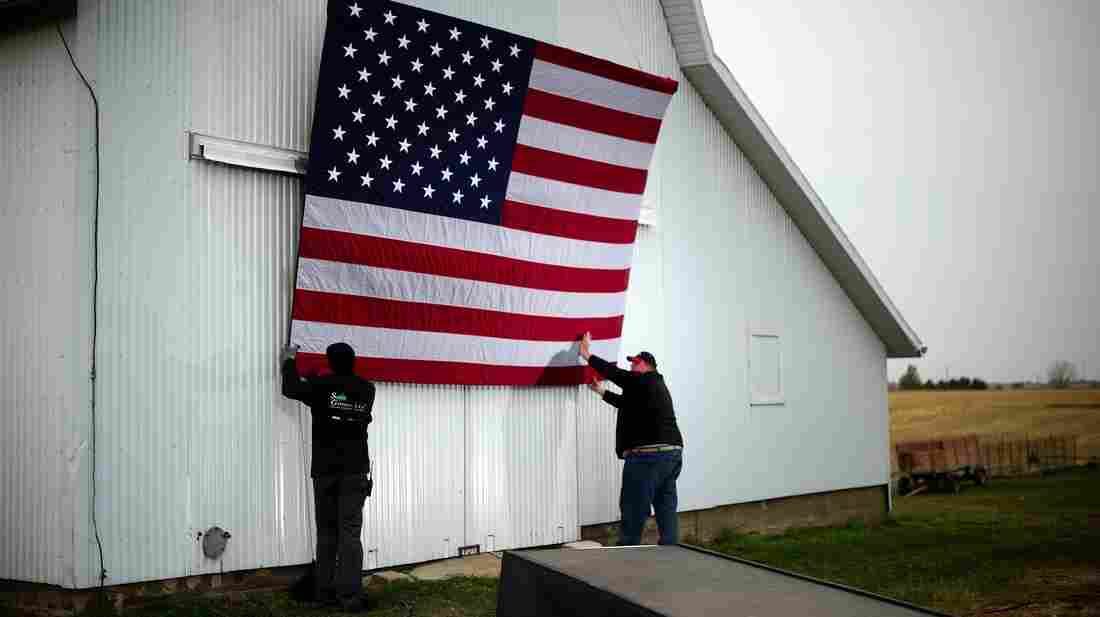 Aides tack up an American flag to a barn at the James Koch farm in Van Meter, Iowa, on Oct. 9, ahead of Republican presidential candidate Mitt Romney's arrival for a rally. Jim Watson/AFP/Getty Images hide caption 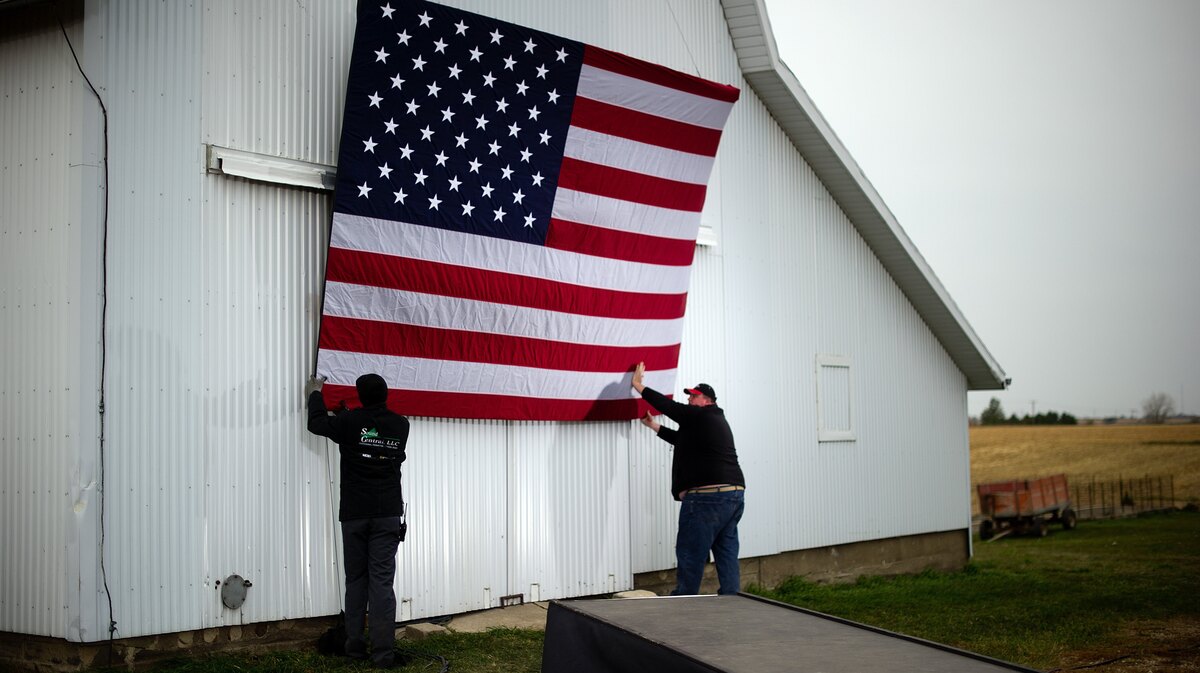 Aides tack up an American flag to a barn at the James Koch farm in Van Meter, Iowa, on Oct. 9, ahead of Republican presidential candidate Mitt Romney's arrival for a rally.

The estate tax — or, as critics like to call it, the "death tax" — is getting some buzz in political stump speeches in Iowa. Several Republican candidates — from presidential nominee Mitt Romney on down the ticket — have been attacking the estate tax as harmful to family farmers who want to pass on land to their children.

Campaigning on a farm in rural Van Meter, Iowa, last week, Romney said, "My own view is we ought to kill the death tax. You paid for that farm once. You shouldn't have to pay for it again."

"Death taxes" also got a mention in a congressional campaign ad airing in Iowa, paid for by the Congressional Leadership Fund superPAC. It targets Democratic Rep. Leonard Boswell, who — because of redistricting — is facing another incumbent, Republican Rep. Tom Latham, in Iowa's 3rd Congressional District. The ad accuses Boswell of voting for "higher death taxes" three times.

Incumbent Republican Rep. Steve King raised the issue in an op-ed this week in The Washington Times, where he called for eliminating the tax. King is in a tough fight to represent Iowa's newly redrawn 4th Congressional District, where he's running against Democrat Christie Vilsack. She's the wife of U.S. Agriculture Secretary Tom Vilsack, a former Iowa governor.

King writes: "The death tax hits the farm economy especially hard, as so much of farmers' assets are tied up in their land. With farm values increasing in Iowa and throughout the Midwest while crops struggle under record drought conditions, now is the worst time for farmers to see a death-tax increase looming over the horizon."

Agriculture groups have traditionally lined up behind candidates who say the estate tax is a major concern. The National Cattlemen's Beef Association supports a full repeal.

"Estate tax planning for anybody is very costly, and it takes away from money that can be invested back in the farm," Johnson tells Iowa Public Radio. "If a farmer has an issue with trying to pay an estate tax, they may have to start selling land," although he acknowledges that is rare.

So how often do Iowa farms get hit with the estate tax? Not much, according to experts on agricultural law and economics. Neil Harl, an emeritus economics professor at Iowa State University, told the Des Moines Register that the impact is "so small as to not be significant."

Harl says most farmers pass on their land before they die, avoiding estate taxes. Nationwide, he says, fewer than 7,000 estates paid the tax in 2010. Fewer than 1,000 of those were farms. Iowa alone, by comparison, has more than 92,000 farms.

Neil Hamilton, director of the Agricultural Law Center at Drake University in Des Moines, says talk of the "death tax" is overblown.

"It's something that you hear in farm country, particularly during election season," he says. "But I think the reality is that there are very, very few farm families that are negatively impacted by the estate tax, at least in terms of having to pay it."

One of the reasons, he says, is the estate tax exemption of more than $5 million per person in the current tax code. So even if a farm couple die suddenly, without estate planning, they could pass on a $10 million estate to their children tax-free. The caveat, though, is that unless the lame-duck Congress takes action after the election, that exemption will drop to $1 million per person next year.

That's the biggest concern in the short term for the Iowa Farm Bureau's Johnson. He points out that with land valued at $5,000 an acre or more in many areas, it's easier than ever to hit that limit.

"So you're going to see a lot more farmers fall [outside of] that exemption if nothing is done right now," Johnson says.

But Hamilton says that as dry as tax law may be, there's an important distinction to be made between repealing the estate tax and maintaining the current exemption level.

"That's really a different issue," he says. "Repealing the estate tax has a much greater benefit to billionaires than it might to any farm family in Iowa."