Accessibility links
Beyond Hot Air: Political Blimps Take To Swing State Skies : It's All Politics How do you reach an audience of more than 200,000 people a day in an important swing state without buying an expensive TV ad? If you're Mitt Romney supporter Sid Overton, you build a blimp and fly it alongside one of Colorado's busiest freeways.

How do you reach an audience of more than 200,000 people a day in an important swing state without buying an expensive TV ad?

If you're Sid Overton, you build a blimp and fly it alongside one of Colorado's busiest freeways.

Overton and some friends who recently formed the group Citizens to Save America made the inaugural launch of their 30-foot-high, 12-foot-wide white blimp with blue and red lettering last week along Interstate 25 south of Denver.

With early voting now under way in Colorado, Overton says they're targeting independent and still-undecided voters — groups both presidential campaigns have also been courting in the critical swing district of Arapahoe County, where he lives. 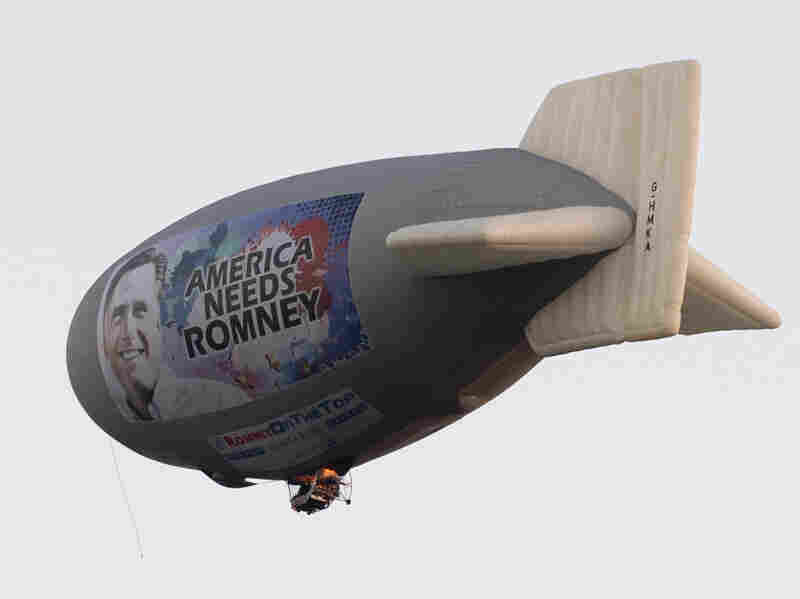 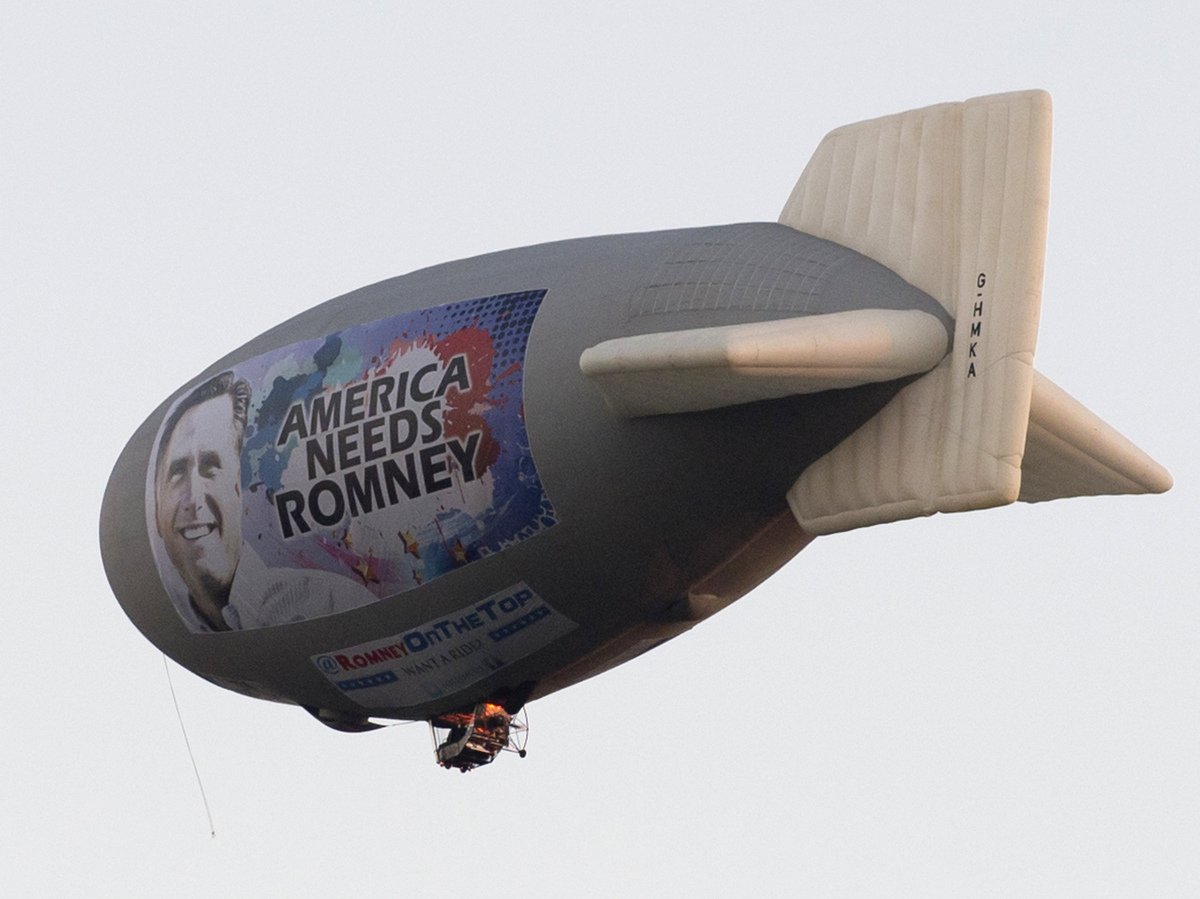 A blimp with a message in support of Republican presidential nominee Mitt Romney flies over Plantation, Fla., on Sunday.

So long as Mother Nature cooperates, the Romney blimp will fly through Election Day. But in Colorado this time of year, she can be fickle.

"We had wind that came up yesterday at 4 o'clock that we had to take it down," Overton says.

He's hopeful the blimp will be back in the air again today when President Obama returns to Denver for a campaign rally. But Overton also won't be taking any chances, saying with a chuckle: "Because if it gets damaged too severely, then our program is over."

It was high winds that caused an emergency crash landing of another Romney-backed blimp over the weekend in Florida, as The Washington Post reported.

You read that right. There was another pro-Romney blimp. Only this one — emblazoned with the slogan "America Needs Romney" — was apparently larger than Colorado's and was manned by two pilots, who got out of the aircraft safely after the emergency landing in a field.

When I asked Overton if he'd heard of the incident, he said he hadn't. But he was also quick to mention that his blimp doesn't technically fly, or fly around. It's tethered to the ground.

No pilots necessary, just the passing attention of motorists.