Accessibility links
Obama, Romney Tweak Each Other In Swing States : It's All Politics President Obama and Mitt Romney were in some of the same swing states Wednesday. Obama accused the Republican of having "Romnesia" for dropping past policy positions with ease. Romney showed no forgetfulness, however, when it came to keeping up his steady line of economic attacks against Obama.

Obama, Romney Tweak Each Other In Swing States

Obama, Romney Tweak Each Other In Swing States 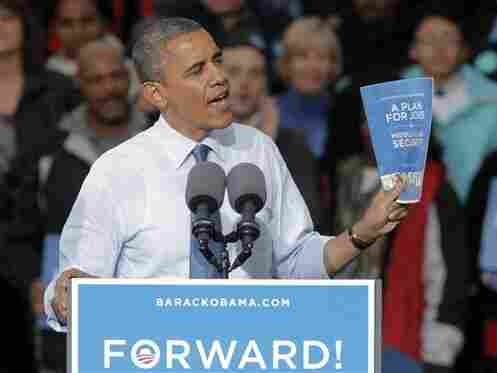 With 13 days left until the Nov. 6 election, President Obama and his Republican challenger, Mitt Romney, both included trips to Iowa and Nevada on their schedules. Each tried to fire up his supporters and cast doubts about the other to gain an advantage in a race that appears essentially tied.

At rallies in Davenport, Iowa, and Denver, both swing states where the election is fluid, Obama trotted out attack lines he's used in recent days against the former Massachusetts governor.

The president included one of his latest jibes against Romney: that his opponent must have "Romnesia" because he seemingly forgets his past positions.

OBAMA: "I want to go over the symptoms with you, Davenport, because I don't want you to catch it. (Cheers.) I don't — I — I don't want it to spread. If you say you won't give a big tax cut to the wealthy but you're caught on video promising your tax cut would include the top 1 percent, then you might have "Romnesia." If you talk about how much you love teachers during a debate, but just a few weeks ago you said we shouldn't hire anymore teachers because they won't grow the economy, you probably have "Romnesia."

Obama also tried to counter Romney's charge that he lacks a second-term agenda by pointing voters to a plan his campaign made public this week.

In Reno, Nev., a state that was hit harder than most by the housing market collapse, Romney stayed with his main economic argument as to why he should be elected president instead of Obama.

ROMNEY: "I — I was just a few days ago speaking with a — a man. As I recall, he was in his 50s. And he said that the job he used to have was at $25 an hour plus benefits. But the job he has now is $9 an hour without benefits. And he said, you know, I'm showing up on the employment rolls, but my life has changed dramatically.

"And we've seen this across the entire country, and that's in part because the president doesn't understand what it takes to get this economy going. He doesn't have a plan to get jobs for Americans. I do, and that's why I'm going to win." (Cheers, applause.) 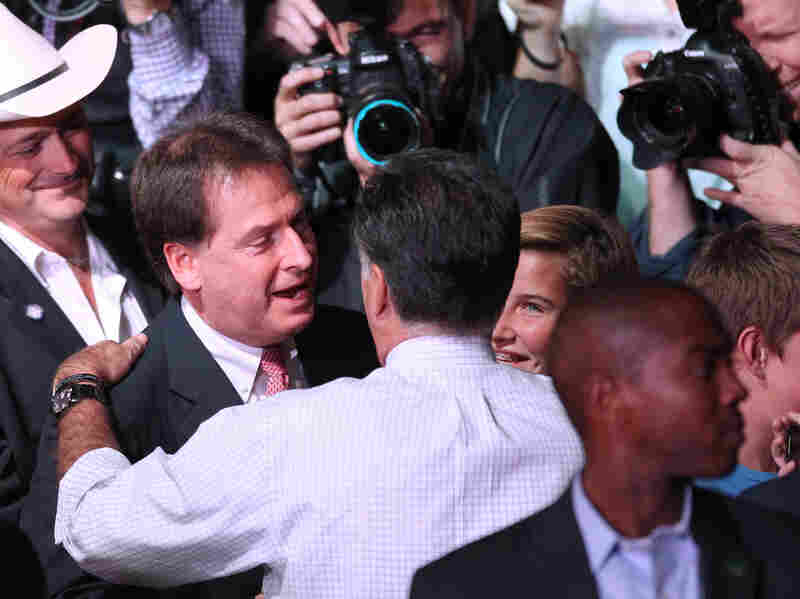 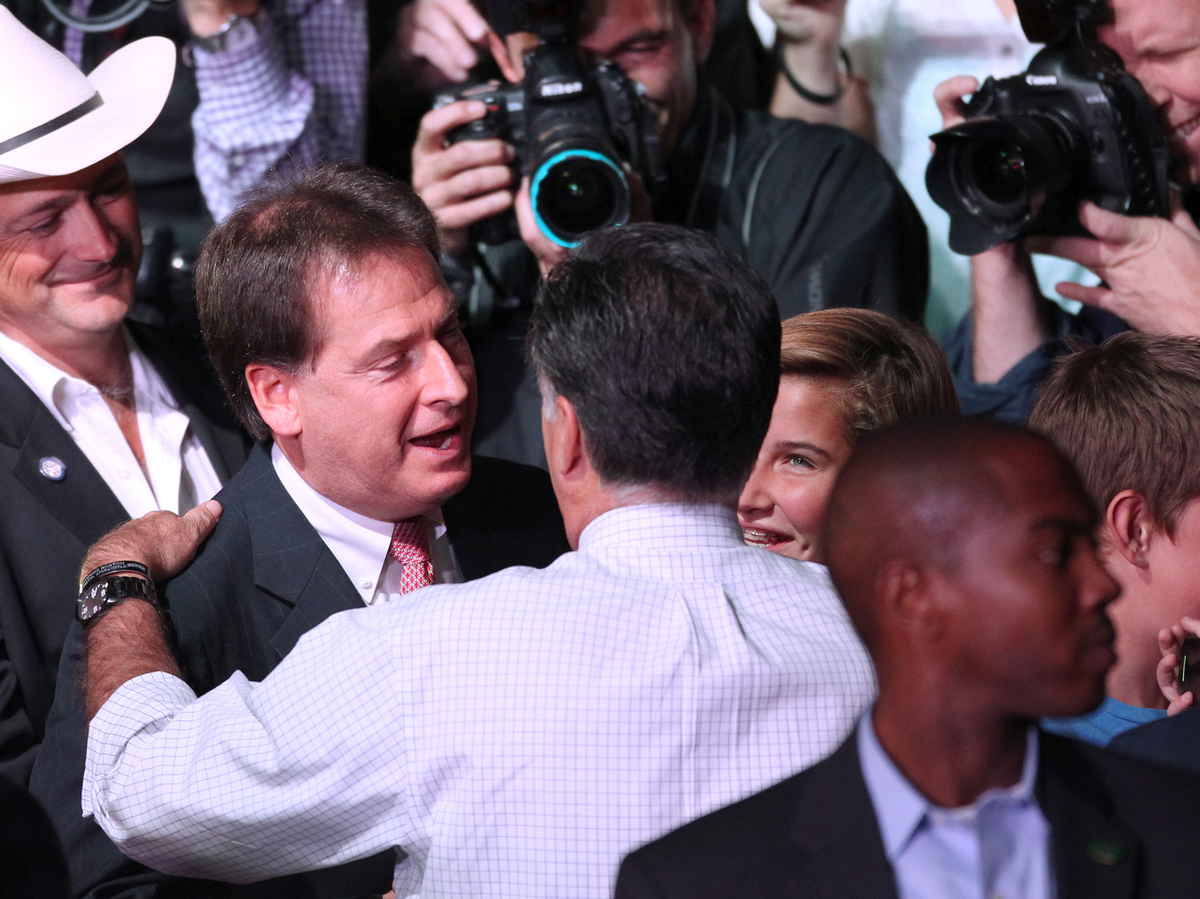 Obama has consistently led Romney in state polls in Nevada though his lead has generally been within the margin of error. Likewise, several Iowa polls have given the president a slight lead or show the race as tied.

On Obama's schedule Wednesday was a trip to Burbank, Calif., for a taping of the Tonight show with Jay Leno and a stop in Nevada where Romney had been earlier in the day.

The president's travels at midweek were part of a 48-hour campaign blitz meant to fire up his voters. Besides Iowa and Colorado, the president was scheduled to hit Florida, Ohio and Virginia with a stopover in Chicago where he hoped to set an example for others by voting early.

For his part, Romney had Iowa on his Wednesday schedule as well while his running mate, Rep. Paul Ryan of Wisconsin, was in Cleveland delivering a speech on upward mobility.

Meanwhile, Obama campaign officials on Wednesday tried to undo a minor but gratuitous mess they created by changing their minds and releasing a transcript of Obama's interview with Des Moines Register executives, part of the president's effort to seek the endorsement of that newspaper's editorial board.

The president gave the interview on the condition that it would be off-the-record. A similar interview with Romney was done on-the-record.

The Romney campaign had a bigger mess to deal with: continued fallout from a comment by Richard Mourdock, a Republican candidate in Indiana running for U.S. Senate. Mourdock, who is backed by the Tea Party, caused a ruckus by saying during a debate Tuesday that pregnancies caused by rapes are "intended" by God.

Romney's campaign distanced itself from Mourdock's statement, but there were calls for the Republican nominee to take further action because he appears in an ad endorsing Mourdock.

Then there was Donald Trump. The reality show star, real-estate developer and celebrity birther on Wednesday offered $5 million to the charity of Obama's choice if the president makes public his college transcript and U.S. passport.

White House and Obama campaign spokespeople indicated they wouldn't be taking up Trump on his offer.