Accessibility links
Conspiracy Theory Experts: Skepticism Is Part Of Our National Identity : It's All Politics Those who study claims that things such as public opinion polls or government jobs reports have been manipulated see the tendency toward distrust of power as neither partisan nor entirely detrimental. They say a healthy distrust of power is part of our democracy.

Conspiracy Theory Experts: Skepticism Is Part Of Our National Identity

Conspiracy Theory Experts: Skepticism Is Part Of Our National Identity 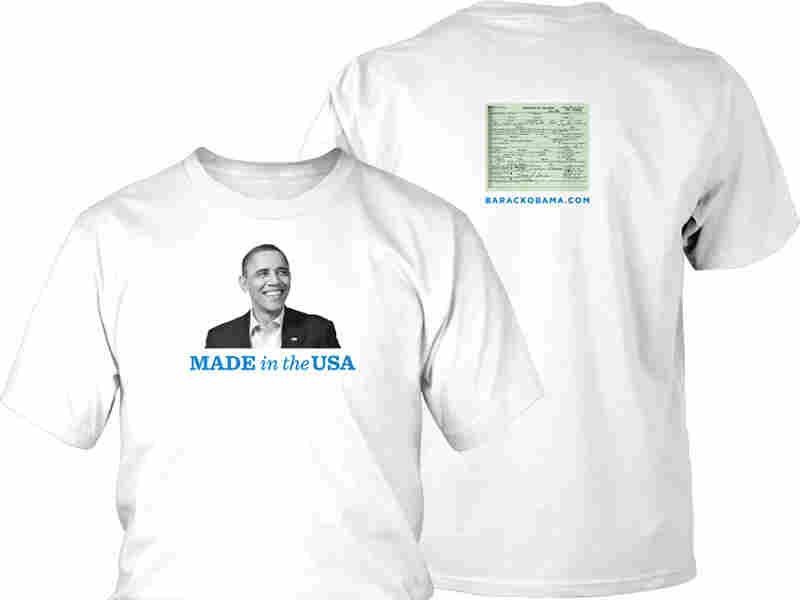 President Obama's campaign turned the "birther" conspiracy into a marketing opportunity, selling these shirts, which included an image of his birth certificate. AP hide caption 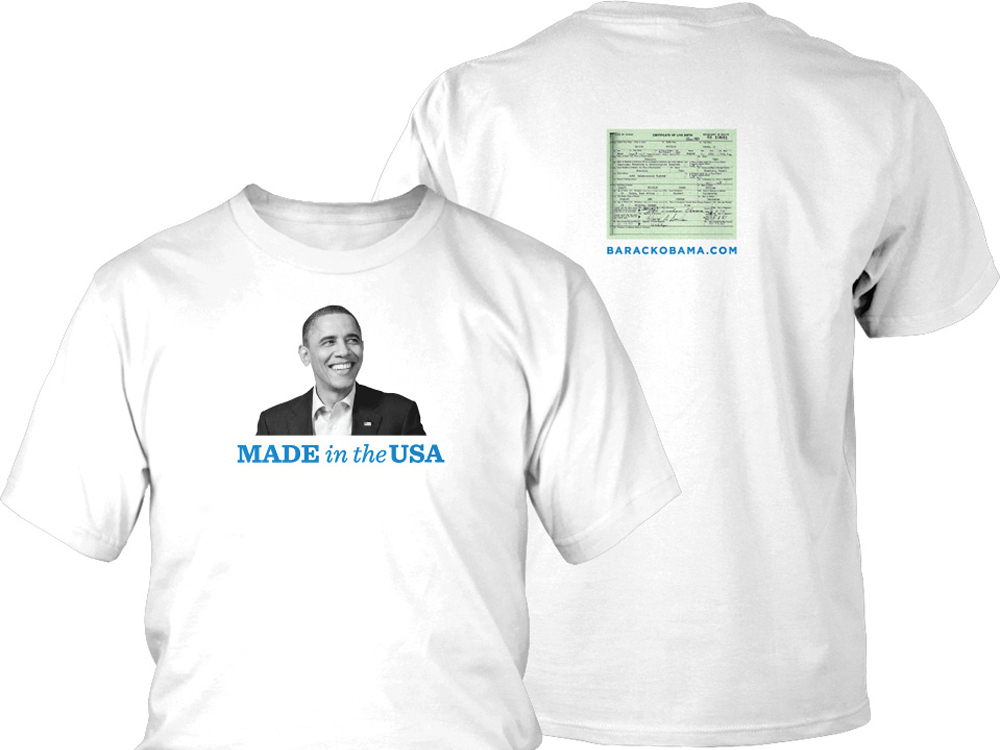 President Obama's campaign turned the "birther" conspiracy into a marketing opportunity, selling these shirts, which included an image of his birth certificate.

From birthers to jobbers to those who believe pollsters are in cahoots with President Obama, some on the right have been gaining a reputation as particularly prone to conspiracy theories.

But the last time a Republican was in the White House, the party of conspiracy was often reversed. And there are still some who maintain that President Bush stole the 2000 election and planned the Sept. 11 attacks.

Conspiracy theory experts say that the tendency toward distrust of power is neither uniquely partisan nor entirely detrimental. In fact, they say, it's par for the course for minority political parties.

And Mark Fenster, a professor at the University of Florida and author of Conspiracy Theories: Secrecy and Power In American Culture, says that not all conspiracy theories are created equal. He notes that some recent claims didn't start out sounding all that far-fetched — but that they suffered by being looped in with truly fringe theories, like "birtherism."

"The claims about Libya and about the job numbers begin at a place that seems legitimate," Fenster says. "When they continually get trumpeted even after they have been disproven and when they are then tied to things that are illegitimate, it's at that point they can become illegitimate."

James Broderick, an assistant professor at New Jersey City University and co-author of Web Conspiracy: A Guide to Conspiracy Theory Sites on the Internet, says it's far too easy today to dismiss the impulse toward suspecting conspiracy as merely rooted in kookiness or ignorance. Generally, he says, a healthy distrust of power is useful — and necessary — in a democracy.

In the past half century there have been conspiracy theories — the Gulf of Tonkin incident, Watergate and the Iran-Contra affair, for example — that have turned out to be true, Broderick points out.

"A generation of citizens raised in such an environment obviously have cause to be suspicious of what the government tells them, and rightly so," he says.

And skepticism is part of our national identity, says Fenster.

"Populism and populist distrust of government is a core value in American politics and has been since the Revolution. Conspiracy theories are a particularly heightened version of that," Fenster says.

Broderick says while today's right-leaning conspiracy theories may mostly be attributed to the fact that there is a Democrat in the White House, technology, too, is a player.

"Before, if you were at a party ranting about some pet theory of yours ... people might be amused listening to you or there may perhaps be some interest, but it would end right at the punch bowl," Broderick says. "Now you spout out at the communal punch bowl, which is the Internet, and others who might not have had access to your opinion, tens of thousands, can read what you think."