Accessibility links
Romney Retrospective: The Business Candidate, Still Working To Close The Deal : It's All Politics Mitt Romney spent years lining up endorsements, donors and state-by-state victory networks. His meticulous strategy paid off in a long GOP primary and has kept him competitive in the general election campaign. It also has revealed glimpses of Romney's loyalty and how he handles mistakes. 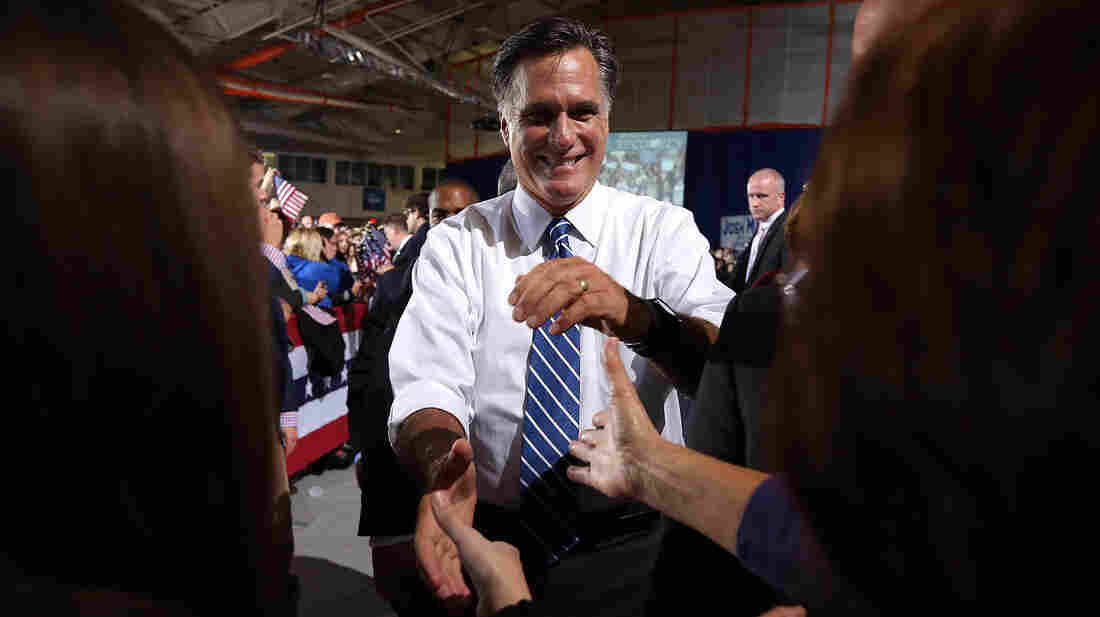 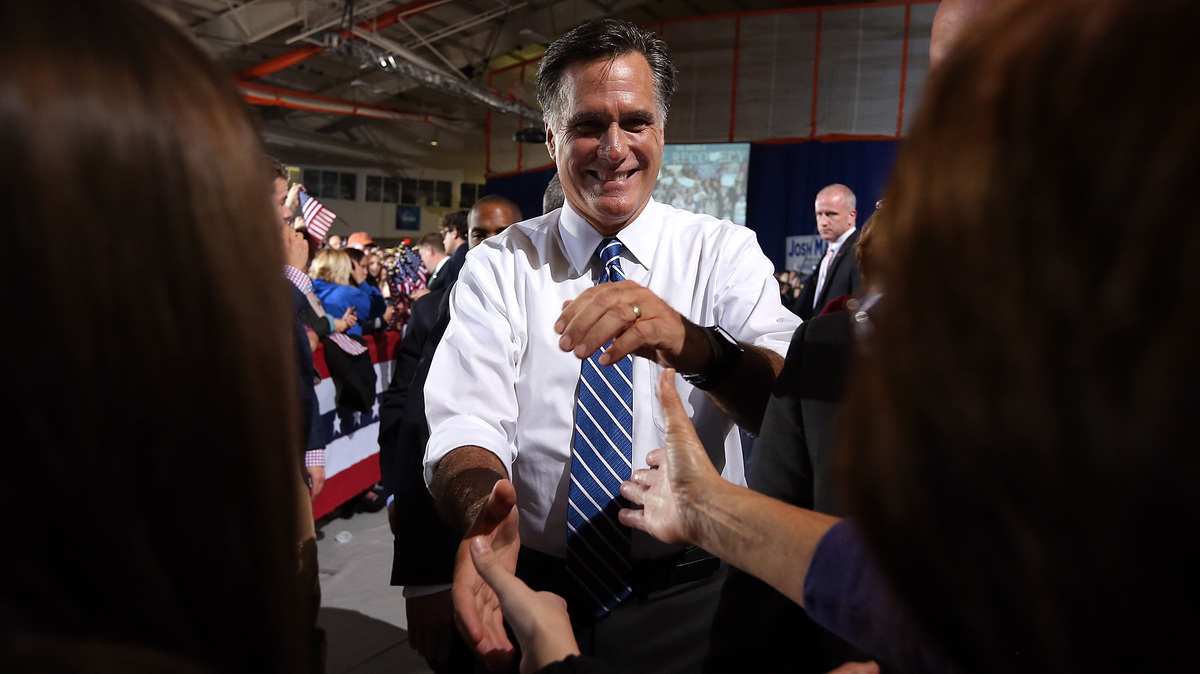 Looking at this year's Republican primary field, Sigmund Freud might have divided the candidates into superego and id.

The superego is more measured.

"I'm not willing to light my hair on fire to try and get support. I am who I am," Romney said in February. "I'm a person with extensive experience in the private sector, in the economy."

Romney never made people swoon. But he had things nobody else in the race did. Like money, and organization.

With the meticulousness of a business consultant studying a corporation, Romney spent the years leading up to this race lining up endorsements, donors and state-by-state victory networks.

In the Ohio primary on March 6, Romney's team outspent Santorum 10 to 1 and squeaked out a victory. In the primaries' final stretch, while his last remaining rivals appealed to idealism, the Romney campaign appealed to math.

"They're going to have to get 60 and 70 percent of the remaining delegates when the pattern, so far, in this delegate race has shown that they're not able to attain those kinds of numbers," Romney communications director Gail Gitcho said of the Santorum and Gingrich campaigns, which each had collected some delegates but significantly trailed Romney. "So it would be very challenging for them to make that up in the coming weeks."

There was one way in which Romney did not run his campaign like a business. At times in this race, when Romney trailed far behind in every important swing state, other candidates might have done a staff shakeup.

But even when staffers gave Romney a black eye in public, nobody got fired.
"I think you hit a reset button for the fall campaign. Everything changes," adviser Eric Fehrnstrom famously said in March. "It's almost like an Etch A Sketch. You can kind of shake it up, and we start all over again."

Fehrnstrom remains part of the campaign, as does traveling press secretary Rick Gorka, who made this salty remark to a reporter during Romney's later visit to Poland: "Kiss my ass. This is a holy site for the Polish people. Show some respect."

Romney is intensely loyal, and many of his top advisers have been with him for years. He's much harder on himself.

After a series of gaffes threw off his campaign's message day after day in late February, Romney said: "I'm very pleased with the campaign, its organization. The candidate sometimes makes some mistakes and so I'm trying to do better and work harder and make sure that we get our message across."

More recently, after the second presidential debate on Oct. 16, Romney campaign adviser Stuart Stevens was walking across a parking lot near the Long Island debate site when his phone rang:

"No, you were terrific; I thought [debate moderator] Candy Crowley was a disaster."

On the other end of the phone line, Romney was clearly beating himself up for losing the debate to President Obama. Stevens had the tone of a guy talking a buddy down from the ledge.

The presidential debates showed another side of Romney, too. He's a man whose strongest moments have been when he's on the ropes.

Going into the first presidential debate on Oct. 3 against President Obama, Romney was arguably at his lowest. And he won.

"Look, I've got five boys," Romney told Obama when discussing tax policy. "I'm used to people saying something that's not always true, but just keep on repeating it and ultimately hoping I'll believe it. But that — that is not the case. All right? I will not reduce the taxes paid by high-income Americans."

That performance and the subsequent comeback confirmed something that Republican consultant Mike Murphy knew about Romney.

"He learns from his mistakes," says Murphy, who ran Romney's gubernatorial campaign in Massachusetts. "Romney is not a guy who makes the same mistake twice very often. And he's dogged. He kind of keeps going. So I think those traits are what got him through a long trough primary and now got him back to life in what looked like a very daunting general election."

The debates also showed that Romney does not feel bound by positions he's taken in the past.

In June, Romney said about Afghanistan: "Announcing a withdrawal date, that was wrong."

In those debates he also seemed to moderate his positions on health care, taxes, Wall Street regulations and more. Democrats say this shows Romney to be a man driven by political expediency rather than core convictions.

"I think that's the kind of president Romney will be," said consultant Tad Devine. "He's going to figure out politically what's best for him and he'll execute it on the basis of that political calculation."

Romney's positions on some issues may have changed in the past year, but his overall demeanor never did. Whether he was up in the polls or down, in public and — aides say — in private, he always kept his equanimity.

"You know, Romney is a pretty consistent player," says Republican consultant Ed Rogers. "He never does great, but he never does poorly. And his authenticity comes through."

As many candidates before him have proved, to win a presidential election you don't have to be perfect. You just have to be a little bit better than the other guy.