Accessibility links
Pew Poll: Race Evens Up, But Romney Holds Turnout Advantage : It's All Politics A new Pew Research Center poll shows that among likely voters, the race is now a statistical dead heat with both President Obama and Mitt Romney receiving 47 percent support. And while Obama holds a slight edge among those registered to vote, a higher percentage of Republicans than Democrats say they actually plan to do so. 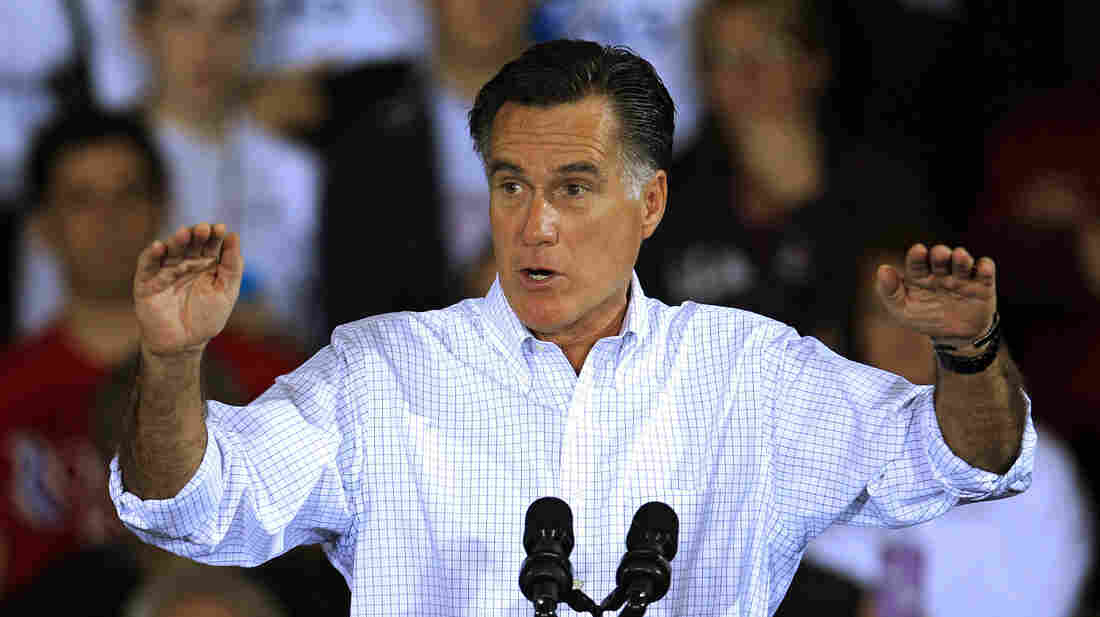 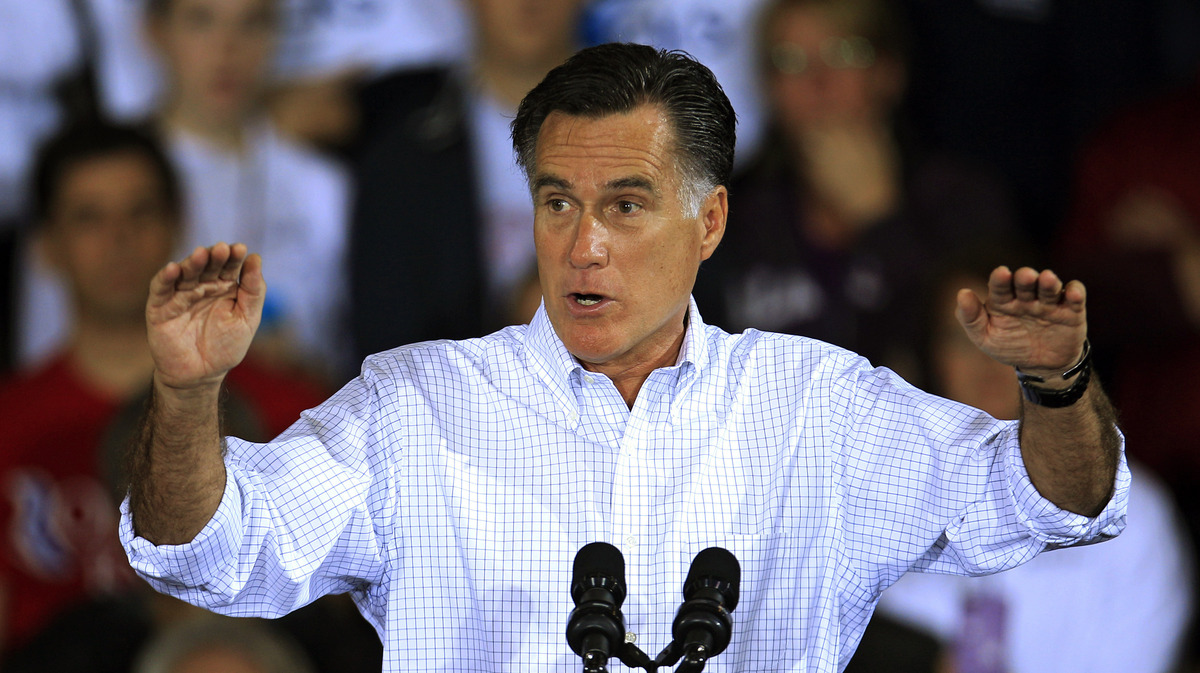 A poll released Monday by the Pew Research Center shows that President Obama has failed to regain much of the support he lost in the days after the first presidential debate.

The poll shows that among likely voters, the race is now a statistical dead heat with both Obama and Mitt Romney receiving 47 percent support. Among registered voters there is what Pew calls a "statistically insignificant two-point edge" of 47 percent to 45 percent for Obama.

But Pew President Andrew Kohut tells All Things Considered host Robert Siegel that of particular significance is the change in attitude and enthusiasm of Romney supporters.

"[More] Romney backers are now saying they are voting 'for' [Romney] as opposed to against Obama," Kohut says.

Of the registered voters who support Romney, 57 percent now say their vote is "for" the candidate. This is a big swing from September, when 52 percent of Romney voters said their main motivation was their opposition for Obama.

Romney also has a turnout advantage, Kohut says, with 76 percent of Republicans classified as likely to vote versus only 62 percent of Democrats. He says back in September that number was about even.

"These are attitudes that ... voters have had about the candidates for much of the campaign," Kohut says.

While this change between September and October is bigger than most, Kohut says this sort of shift so close to the election is not that unusual.

Pew will have one final poll conducted over the weekend before Election Day on Nov. 6.