Accessibility links
The Political Odd Couple: Jersey Shore Edition : It's All Politics The Tuesday before Election Day was not a day for presidential politics, at least not for GOP Gov. Chris Christie of New Jersey. Hours after Superstorm Sandy savagely hit his state, the man who has been a strong advocate for Republican Mitt Romney had effusive praise for President Obama.

The Tuesday before Election Day was not a day for presidential politics, at least not for Gov. Chris Christie of New Jersey. 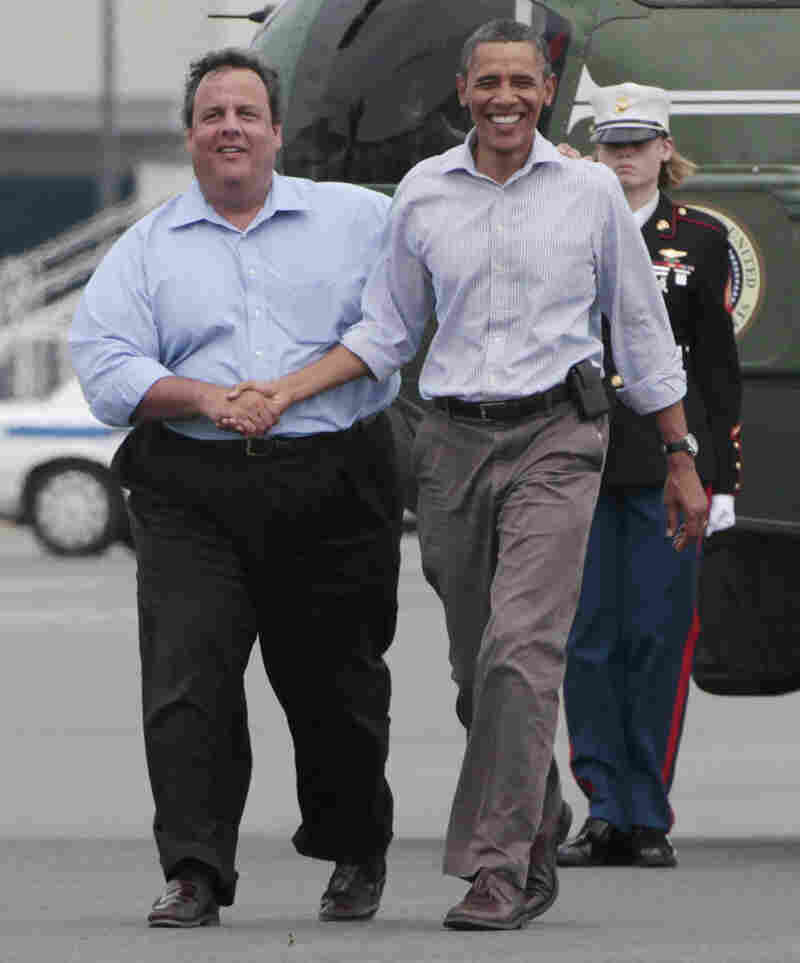 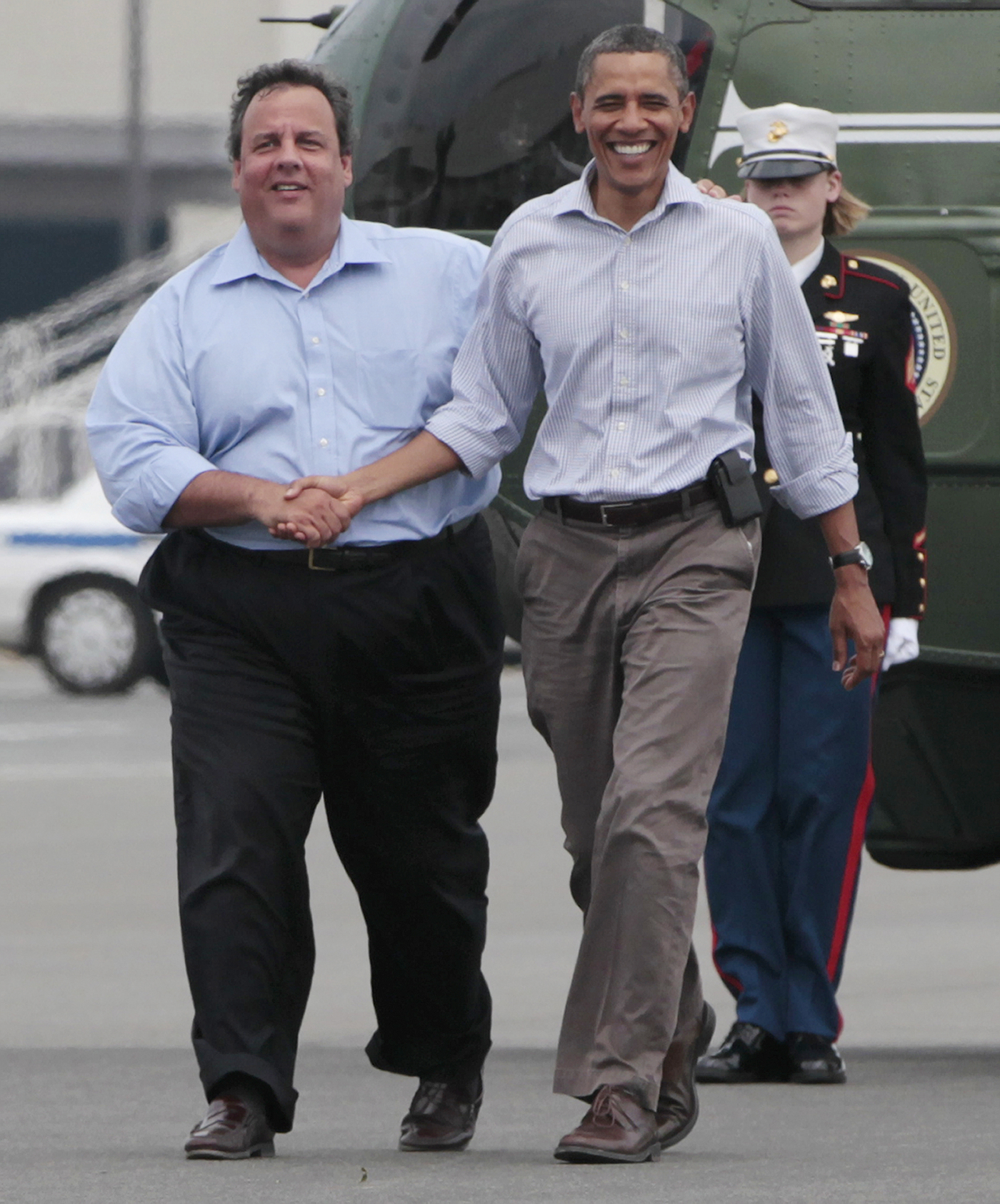 Christie, in his Aug. 28 convention speech, declared it time to end Obama's "absentee leadership in the Oval Office and send real leaders to the White House."

Two months later, none of that rhetoric was on display.

"He has been very attentive and anything that I've asked for he's gotten to me, so I thank the president publicly," Christie told Fox and Friends. "He has done, as far as I'm concerned, a great job for New Jersey."

On Wednesday, Obama and Christie will tour damage in the Garden State. When asked by Fox and Friends if he expected Romney to visit, Christie said:

"I have no idea nor am I the least bit concerned or interested. I've got a job here to do in New Jersey that's much bigger than presidential politics, and I could care less about any of that stuff. ... If you think right now I give a damn about presidential politics then you don't know me."

On CBS's This Morning, Christie called the federal government's cooperation with his state "excellent," adding that he "can't thank the president enough" for his handling of the storm.

On Tuesday afternoon, Obama praised Christie, New York City Mayor Michael Bloomberg and New York Gov. Andrew Cuomo (a Republican, an independent and a Democrat, for what it's worth) while speaking at a Red Cross center in Washington, D.C.

The president also described the coordination efforts between federal, state and local officials as "outstanding," saying he's given "no red tape" instructions to federal agencies.