Accessibility links
Re-Election Campaign Reveals A President Looking For The Right Balance : It's All Politics Over the course of a long campaign, Americans have gotten a chance to learn more about President Obama. His personality and his performance as a leader, a debater and a candidate have all been under the microscope. 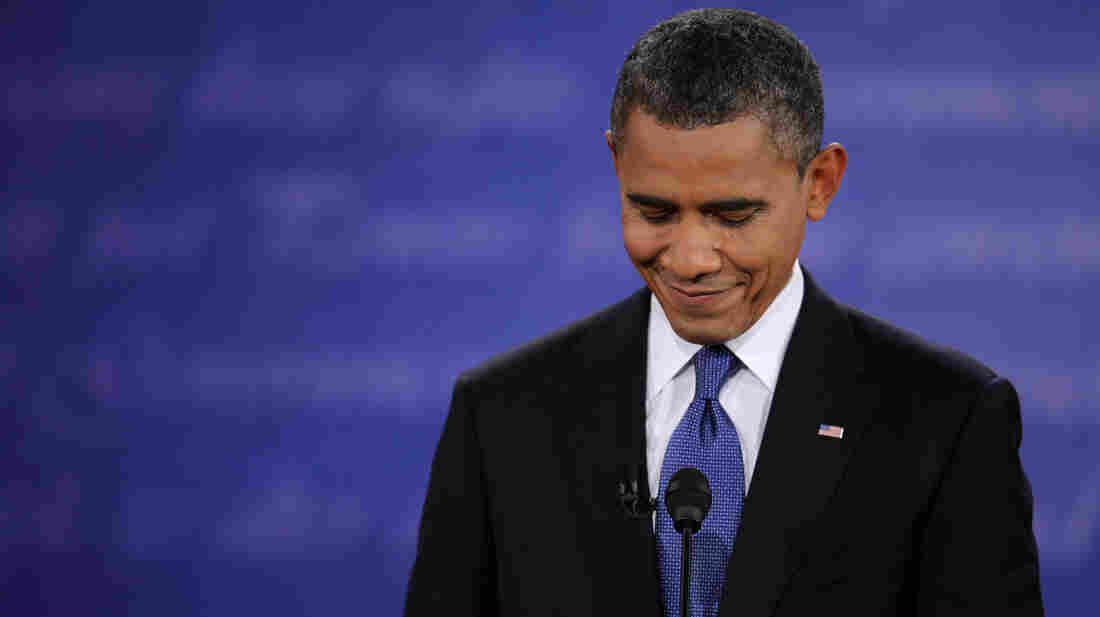 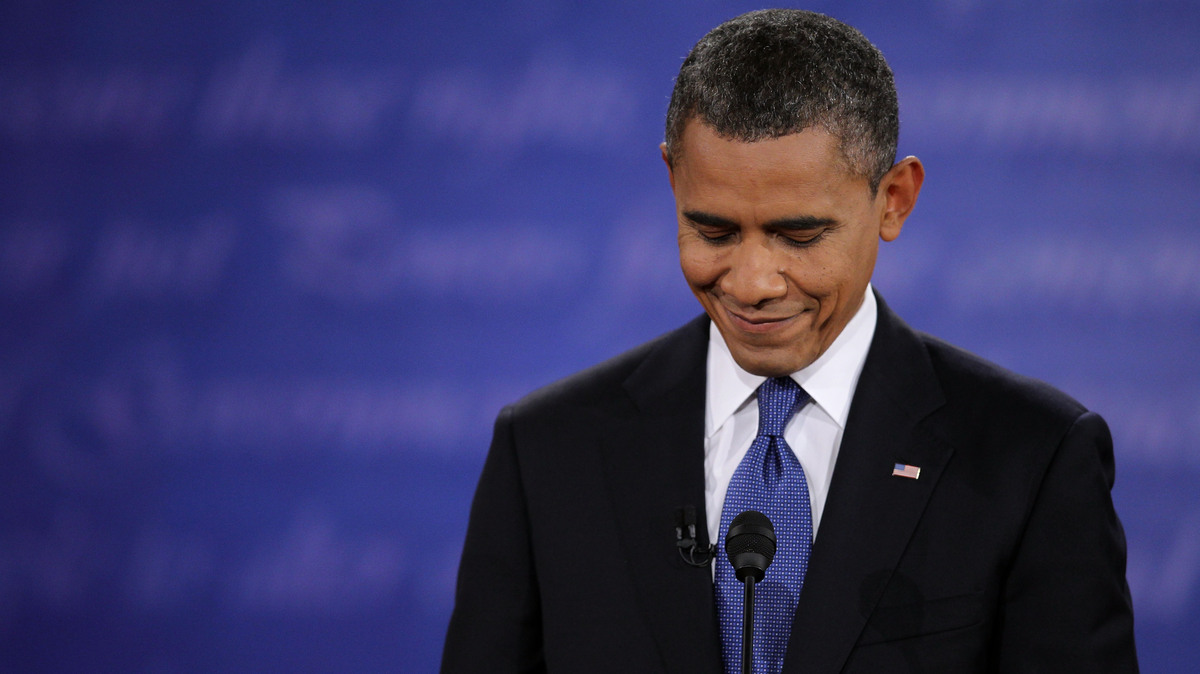 President Obama's performance in the first presidential debate cost him a lot.

As this long election comes to end, Superstorm Sandy is offering a chance for President Obama to showcase his leadership skills one last time.

For Obama, this campaign has truly been a fight against the elements: a painfully slow economic recovery and a political landscape in which the Republicans swept the table just two years ago. The Obama campaign, with its trademark discipline and meticulous organization, set out to overcome these obstacles.

But the long campaign has also put the spotlight on features of Obama's own personality and performance.

The president's most prominent character witness, former President Bill Clinton, put it this way at the Democratic convention: "I want to nominate a man who's cool on the outside but who burns for America on the inside."

Cold and hot, cautious and aggressive — the president seems always to be trying to find just the right balance, sometimes in spectacularly confounding ways. Exhibit A: the first presidential debate, in Denver, the single most revealing moment of the campaign.

"I think there were a lot of elements of his personality that all came into a perfect storm against him that night," says David Maraniss, who has written a biography of the president.

Maraniss says one reason Obama did poorly in the debate was his tendency not to be confrontational.

"You see that throughout his life, partly as a multiracial kid growing up in different cultures trying to negotiate his way," Maraniss says. "So that's part of it. The second part is his ... tendency to be a little bit overconfident and not always on his game. And that relates to his incredible ambivalence about politics, which is really unusual for a successful politician."

Republican strategist Ed Rogers is a lot harsher in his assessment of what that debate revealed about the president.

"I think it taught us that he has his limits as a performer," Rogers says. "I think that Obama believed much of what he said about [GOP challenger Mitt] Romney. And I think going into that debate, perhaps he held him in contempt and didn't expect much from Romney, and thought his superior talent didn't need much sharpening and didn't need much practice."

The Denver debate cost the president a lot; we'll find out how much in a week. But the immediate aftermath showed us something else: that the president is an incredibly competitive person who hates to lose and who can bounce back from his mistakes, as he did in the second and third debates.

But there are other things that have left Obama supporters puzzled — for instance, the reluctance until recently to lay out a succinct second-term agenda. Former Clinton White House aide Bill Galston thinks the president can be slow to shift gears.

"People not just on the outside but inside the Democratic Party have been banging away for months to couple this very generic slogan of 'Forward' with an actual forward-looking plan that is simple and direct," Galston says. "It took him until two weeks before Election Day to agree."

Maraniss has a theory about why the Obama campaign seemed to focus on aggressively defining Romney, almost to the exclusion of laying out the president's second-term vision. He says it's a combination of Obama's character and his campaign's tactics.

"They didn't want to get stuck with anything that could be attacked," Maraniss says. "And he scorns the idea of making big promises that he doesn't think he can keep, especially after four years of struggling with trying to match what he promised he would do in the first term."

Democratic strategist Tad Devine thinks the crucible of this campaign has changed Obama.

"I think what we've seen in the campaign is that he's going to be a very different president if he's elected to a second term. This is a guy who's learned from his experience," Devine says. "He's learned that the Republicans will do anything to obstruct progress and that he's going to have to take them on in a fundamentally new way. This isn't going to be simply a case of inviting people in to talk about passing legislation like health care. He's going to have to use the campaign skills to move the Congress."

Presidential historian Doris Kearns Goodwin says Obama's own struggle to strike the right balance between confrontation and conciliation has made his re-election even more of a high-wire act.

"FDR once said ... he felt like he was a cat. He would lay back for large periods of time and then he'd pounce," she says. "And I think to some extent that's Obama, too. He lays back and waits for his moment and then pounces. So the question is: What is your sense of timing when you have to pounce? And what we'll see is has he pounced early enough to change this election."

In just a week we'll know whether Obama's skills and instincts were enough to win a second term against a stronger-than-expected challenger and a weaker-than-expected recovery.