Accessibility links
Presidential Race: What If There Are Two Winners? : It's All Politics There's a chance the Electoral College vote could wind up tied, but it's more likely that there will be different electoral and popular vote winners. If either of those scenarios happens, there could be a push to change the way the U.S. elects its presidents.

Presidential Race: What If There Are Two Winners?

Presidential Race: What If There Are Two Winners? 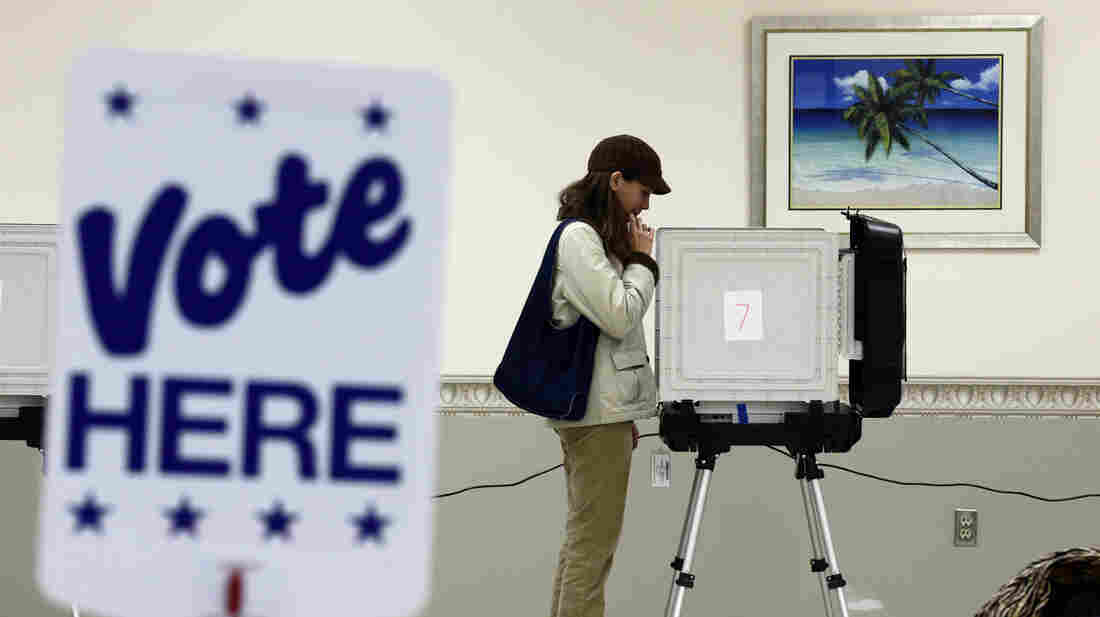 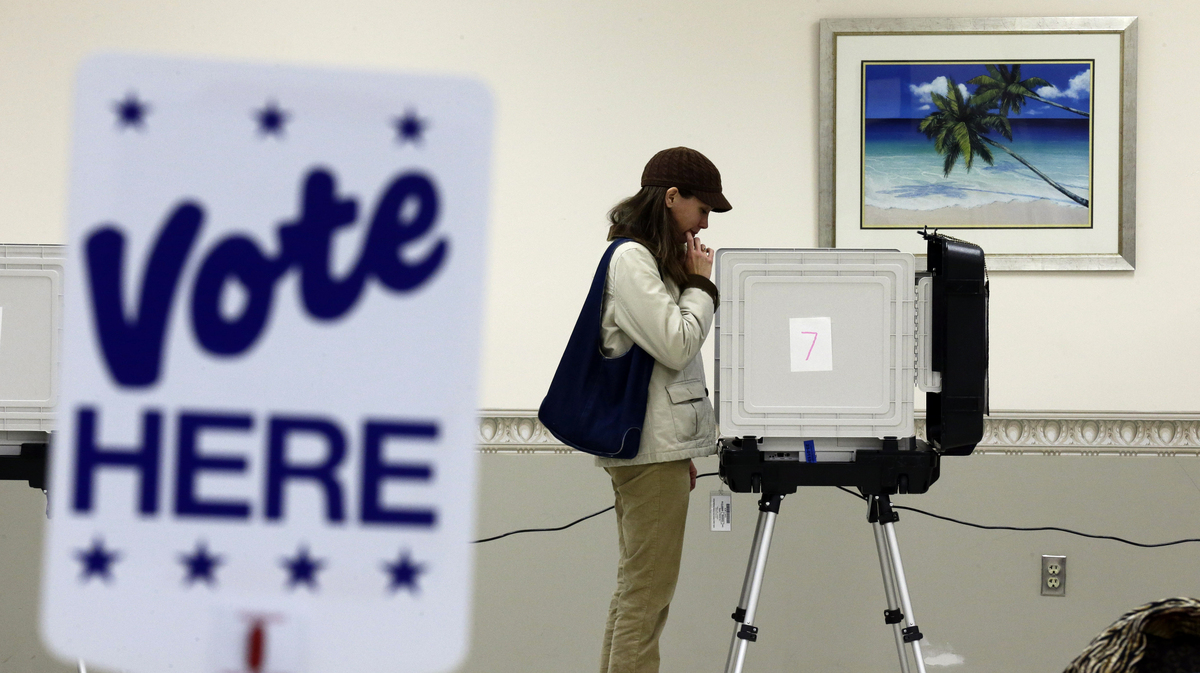 Kimberly Fisher cast her ballot Wednesday at a polling place at the Wicomico County Youth and Civic Center in Salisbury, Md.

Even before Hurricane Sandy came roaring up the East Coast, political prognosticators were worried about next week's election being thrown into chaos and confusion.

The reason is that with the race between President Obama and Mitt Romney so close, there's a possibility of something other than a clean outcome.

"If the candidate who gets the most votes doesn't win, you've got a clear violation of political equality, because some people's votes counted more than other people's votes," says George Edwards, a presidential scholar at Oxford University and author of Why the Electoral College Is Bad for America.

1876 Rutherford B. Hayes vs. Samuel J. Tilden: 20 contested electoral votes were awarded to the popular-vote loser by a partisan commission

Such a scenario played out in 2000, when George W. Bush won the Electoral College but Al Gore got 500,000 more votes across the country. It nearly happened again in 2004, when Bush beat John Kerry by 3 million votes nationwide, but Kerry came within 100,000 votes of capturing Ohio, which would have been enough for an Electoral College win.

"I say the election prayer every night before I go to bed," says Donetta Davidson, a former chairwoman of the U.S. Election Assistance Commission. "I don't care who wins, just make it by a wide margin."

It's not hard to imagine scenarios that result in a 269-269 electoral vote split. If Obama won all the states that Kerry won in 2004 and added New Mexico and Ohio, that would result in a tie.

In such an event, the new president would be decided by the House, with each state casting one vote. The winner would have to receive a majority in the House, with at least 26 votes.

Because Republicans control more state delegations, Romney would be the next president (while Joe Biden would presumably be re-elected vice president by the Democratic-controlled Senate).

As Edwards points out, that means, in theory, that the seven least populous states — with 5.3 million residents between them — could outvote the six largest states and their combined population of 125 million.

But the odds are pretty long against that happening. Nate Silver, an elections forecast blogger for The New York Times, puts the chances of an electoral tie at just 0.4 percent.

It's more likely — although still not probable — that there's a split decision, with different electoral and popular vote winners. That's because Romney is running just ahead of Obama in many national polls, but Obama, for the moment, has the lead in most of the battleground states that will decide the Electoral College winner.

There's been a lot of commentary lately that a Romney popular-vote advantage would be due to his piling up vast amounts of "wasted" votes in the South. Whit Ayres, a Republican pollster, says another factor is that Romney will pick up a number of independent voters in states such as California that nevertheless will throw their electoral votes to Obama.

If storm damage depresses turnout in Democratic states such as New Jersey and New York, that could hold down Obama's overall vote count as well.

"If Romney wins the popular vote but Obama wins the Electoral College, there will be a lot of angst and regret," Ayres says. "But I don't think you will hear the same sort of assertion from Republicans that you heard from Democrats in 2000, that somehow the other side stole it."

Because the long period of uncertainty following the 2000 election was centered on the tight vote and hanging chads in Florida, there was comparatively little talk about the distorting effects of the Electoral College nationwide. If a split between the electoral and popular vote winners happens again so soon, that's bound to trigger further debate about the merits of the electoral system.

Abolishing the Electoral College would require a constitutional amendment. That would be a tough sell. It would be difficult to cobble together a supermajority of states to approve such a change, since they would lose their clout under a pure popular-vote system.

Loomis of the University of Kansas suggests that Republicans would give the idea a serious look. The Electoral College was long thought to favor Republicans, but it has lent Democrats an advantage in recent elections because they have a lock on more large states.

"The question for Republicans would be, do they think the Electoral College looks like it's increasingly set up against them?" Loomis says.

But not all small states favor the GOP. Although there are plenty of small-state gimmes for Republicans, such as Alaska, Idaho and Montana, there are also tiny Democratic bastions such as Vermont, Rhode Island and Hawaii — not to mention current swing states such as Iowa, New Hampshire and Nevada. All would be loath to lose sway if the Electoral College went away.

There would certainly be calls for more states to pledge their electoral votes to the national vote winner. Nine states, representing 132 electoral votes, have already adopted such laws, which would take effect if enough states adopted the same system.

Some states might consider emulating Maine and Nebraska and start allocating a share of their electoral votes by congressional district.

Perhaps the most likely scenario, however, is that nothing much changes. Although there would be a great deal of talk about the unfairness of the Electoral College if the popular vote winner isn't elected, it might end up being just that — a lot of talk.

If Obama wins despite losing the popular vote, Ayres says, "Assuming there's a clear winner in each battleground state, you will hear very few mainstream Republicans questioning the outcome."