Accessibility links
Obama Returns To The Campaign Trail Post-Sandy : It's All Politics President Obama returned to the campaign trail for the first time since Sandy struck the U.S. His swing-state tour started in Wisconsin against a backdrop of high approval ratings from voters — and Republican New Jersey Gov. Chris Christie — for his management of the federal response to the disaster. 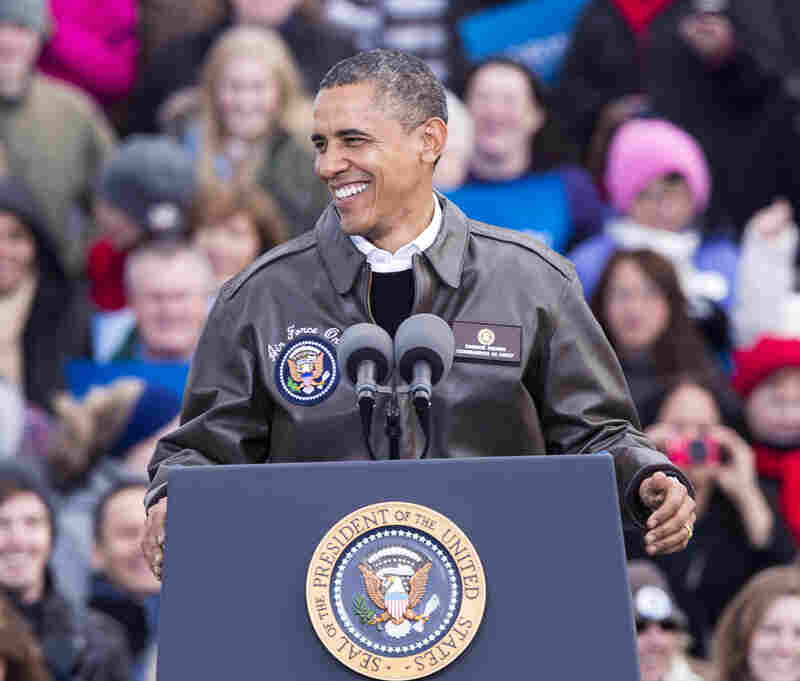 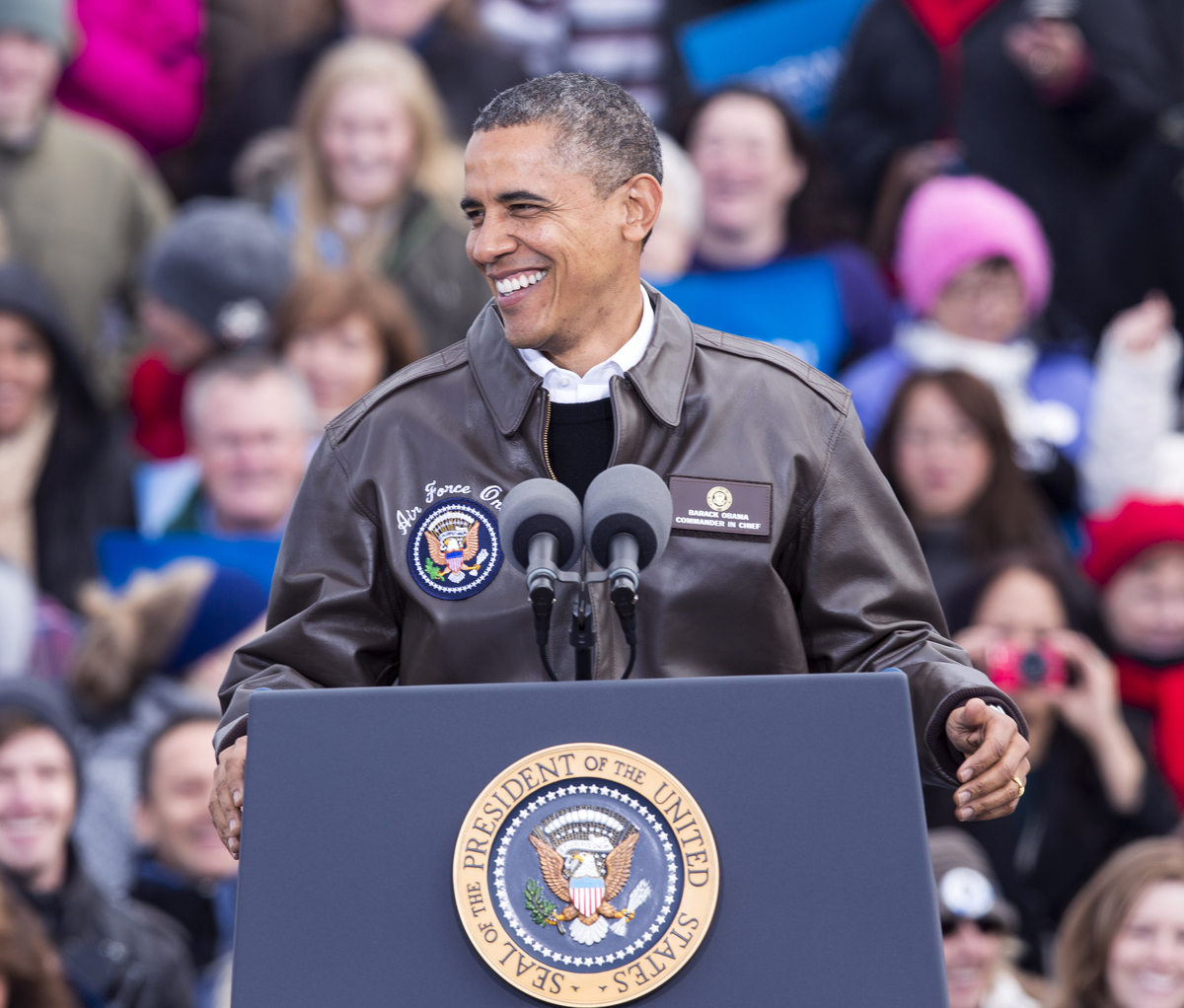 Just five days before Election Day, President Obama returned to the campaign trail after spending several days preoccupied with overseeing the federal response to the devastation in the Northeast in the wake of Superstorm Sandy.

Obama began his campaign re-emergence Thursday with a rally in Green Bay, Wis., a state where his once-substantial lead in polls over Republican Mitt Romney has narrowed to only a few points in a majority of the polls.

In a spirited speech that seemed to match the energy level he showed upon exiting Air Force One then jogging across the airport tarmac to the stage, Obama cited the storm and used the response of government officials to it as a metaphor for bipartisanship.

He never cited New Jersey's Republican Gov. Chris Christie by name, but it was clear to anyone who has paid attention in recent days who Obama might have had specifically in mind.

OBAMA: "Now, for the past few days all of us have been focused on one of the worst storms in our lifetimes. And we're awed and we're humbled by nature's destructive power. We mourn the loss of so many people. Our hearts go out to those who've lost their loved ones. We pledge to help those whose lives have been turned upside down. And I was out in New Jersey yesterday and saw the devastation, and you — you really get a sense of, you know, how difficult this is going to be for a lot, a lot of people.

"But, you know, we've also been inspired these past few days because when disaster strikes, we see America at its best. All the petty differences that consume us in normal times all seem to melt away. There are no Democrats or Republicans during a storm; there are just fellow Americans — leaders of different parties working to fix what's broken, neighbors helping neighbors cope with tragedy, communities rallying to rebuild, a spirit that says, in the end, we're all in this together, and we rise or fall as one nation, as one people."

Obama and Christie have been the talk of the political world as the New Jersey governor, one of Romney's best-known allies and a fierce and constant critic of the president until the storm this week, has lavished praise on Obama's handling of the disaster. Obama has returned the favor, complimenting Christie at every turn for being devoted to his state's citizens.

In his argument for why he should be elected, Obama cast Romney as a change for the worst.

OBAMA: "Now, in the closing weeks of this campaign, Gov. Romney has been using all his talents as a salesman to dress up these very same policies that failed our country so badly, the very same policies we've been cleaning up after for the past four years. And he is offering them up as change. He's — he's saying he's the candidate of change.

"Well, let me tell you, Wisconsin, we know what change looks like. And what the governor's offering sure ain't change. Giving more power back to the biggest banks isn't change. Leaving millions without health insurance isn't change. ..."

Obama also picked up the theme that he is a known quantity to voters, one who has generally done what he said he would do. His implication was that the same couldn't be said for Romney.

OBAMA: "Now, here's the thing, Wisconsin. After four years as president, you know me by now. You may not agree with every decision I've made. You may be frustrated at the pace of change. But you know what I believe. You know where I stand. You know I'm willing to make tough decisions even when they're not politically convenient. And you know I'll fight for you and your families every single day as hard as I know how. You know that."

The Wisconsin trip was part of a several-battleground-state swing by Obama that would include Colorado, Nevada and Ohio, states where most polls give him a narrow lead heading into the final weekend before the election.

Romney, for his part, campaigned in Virginia on Thursday, a state Obama won in 2008. At a rally at a window factory in Richmond, Romney returned to criticizing Obama. He had withheld attacks earlier in the week as the nation focused on Sandy's devastation.

The Boston Globe reported that Romney derided an Obama idea for a new Cabinet-level official devoted to the business sector:

"I don't think adding a new chair in his Cabinet will help add millions of jobs on Main Street," Romney said. "We don't need the secretary of business to understand business," he added. "We need a president who understands business, and I do. And that's why I'll help be able to get this economy going again."