Accessibility links
No, Romney's Son Is Not Gunning To Steal Ohio Vote By Rigging Voting Machines : It's All Politics Tagg Romney's private equity firm is connected to the company that makes voting machines used in a couple of Ohio counties. Therefore, conspiracy theorists say, he could fix the election in his father's favor. 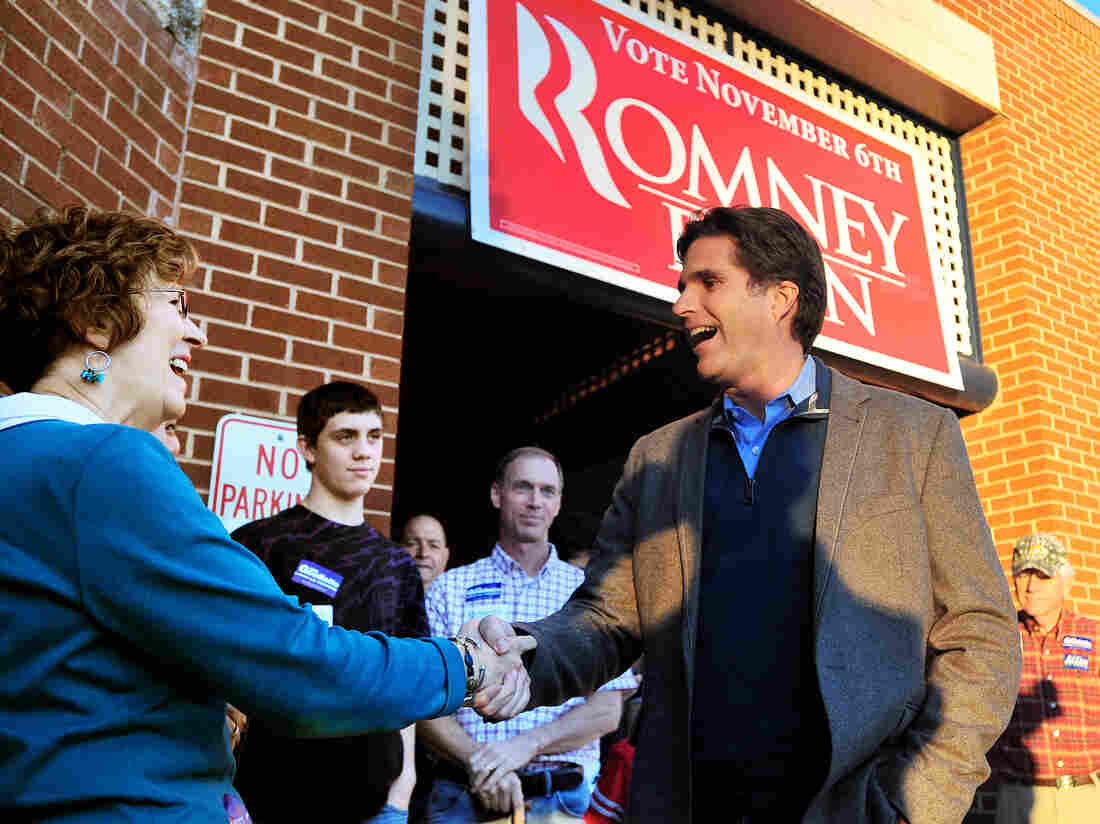 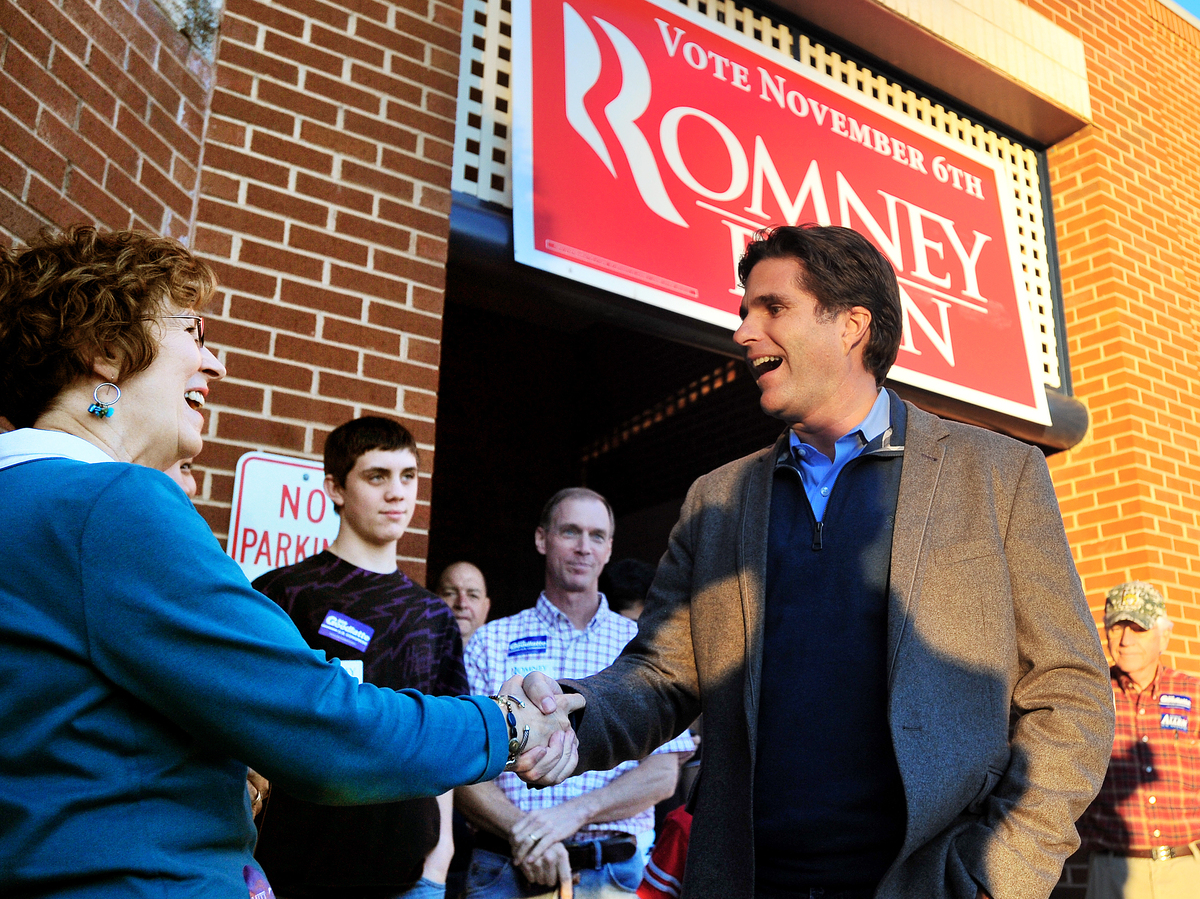 Have you heard the story that's swept the liberal blogosphere in recent days about how Mitt Romney's son Tagg is going to steal the election for his dad?

It's not true, but like all good conspiracy theories, it is based on kernels of truth.

It turns out there is no direct financial interest, but there's an appearance of a tenuous connection. Tagg Romney's private equity firm, Solamere Capital, is invested in another private equity firm called H.I.G. Capital. A little over a year ago, H.I.G. invested heavily in Hart and took over its board.

But according to a letter Hart's CEO, Phillip Braithwaite, sent to elections officials around the country, "Solamere has absolutely no interest in the specific H.I.G. fund that has invested in Hart InterCivic." Also according to this letter, Solamere is just one of 350 institutional investors in H.I.G. "Hart InterCivic has never had any contact of any kind with Solamere."

That said, several top executives at H.I.G. are what's known as bundlers for the Romney campaign, according to a database created by USA Today using data from the Sunlight Foundation. That means they have raised tons of money for Romney. There are also three H.I.G. executives on the board of Hart InterCivic, and two of them have donated to Mitt Romney's campaign (though one gave to both Romney and President Obama in the last election cycle).

These executives surely want their candidate to win, but could they make it happen by changing votes in Ohio?

"If somebody was doing something funny, believe me everybody would know," says Sally Krisel, deputy director of elections in Hamilton County.

Hamilton is one of only two Ohio counties that use machines from Hart. Aside from one electronic machine in each polling place for disabled voters, the county uses the Hart eScan machine. It's a paper-based system. People vote on paper ballots and then those ballots are fed into a scanner that tabulates the votes; that way, there's a paper backup that can be counted by hand.

The county bought these machines back in 2005, long before H.I.G. ever invested in Hart InterCivic. And Krisel says Hart isn't involved in the election in any way.

"We do all of our own pretesting on [the machines], maintenance diagnostics on it, and we do all of our tabulation, vote tabulation, ballot preparation," she says. "All of that is done by bipartisan teams here in Hamilton County."

She says the county opted for this paper-based system instead of a purely electronic system so voters could be truly confident in the results.

A spokesman for Hart InterCivic also bristles at the idea that H.I.G. Capital executives or Tagg Romney himself could tamper with the outcome.

"Hart InterCivic has a long track record of supporting a fair and open democratic process," says Charles Sipkins, a spokesman for the company. "Any suggestions that the company might try to influence the outcome of election results are unfounded."

No doubt part of the reason this rumor has gained traction is that it has echoes of 2004 when the owner of the voting machine company Diebold said he was committed to helping Ohio deliver its electoral votes to President Bush. To top it all off, it's Ohio, and no Republican has won the White House without carrying the state.

Interestingly, Hart machines are also used in a handful of Northern Virginia cities and a number of Colorado counties (both swing states), but the Tagg Romney conspiracy almost always focuses on Ohio.