Accessibility links
Nonvoters: The Other Abstinence Movement : It's All Politics In an election where we're told every vote counts, a large swath of eligible Americans are not planning to vote early or late or at any time. For myriad reasons — cynicism, apathy, moral objections — some people are choosing to abstain. Here's what they told us. 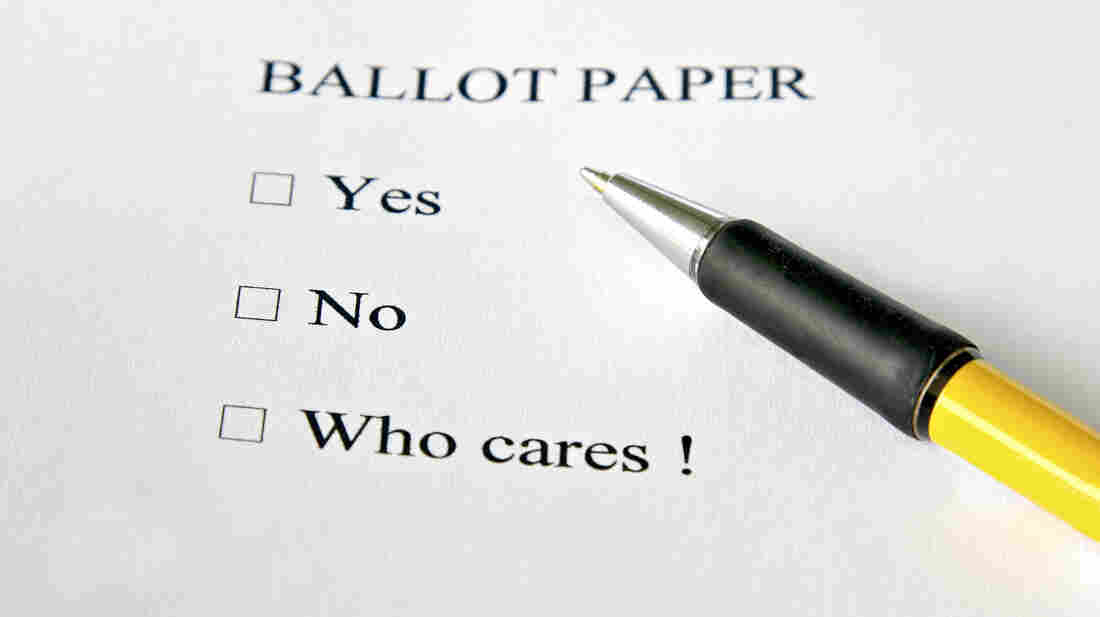 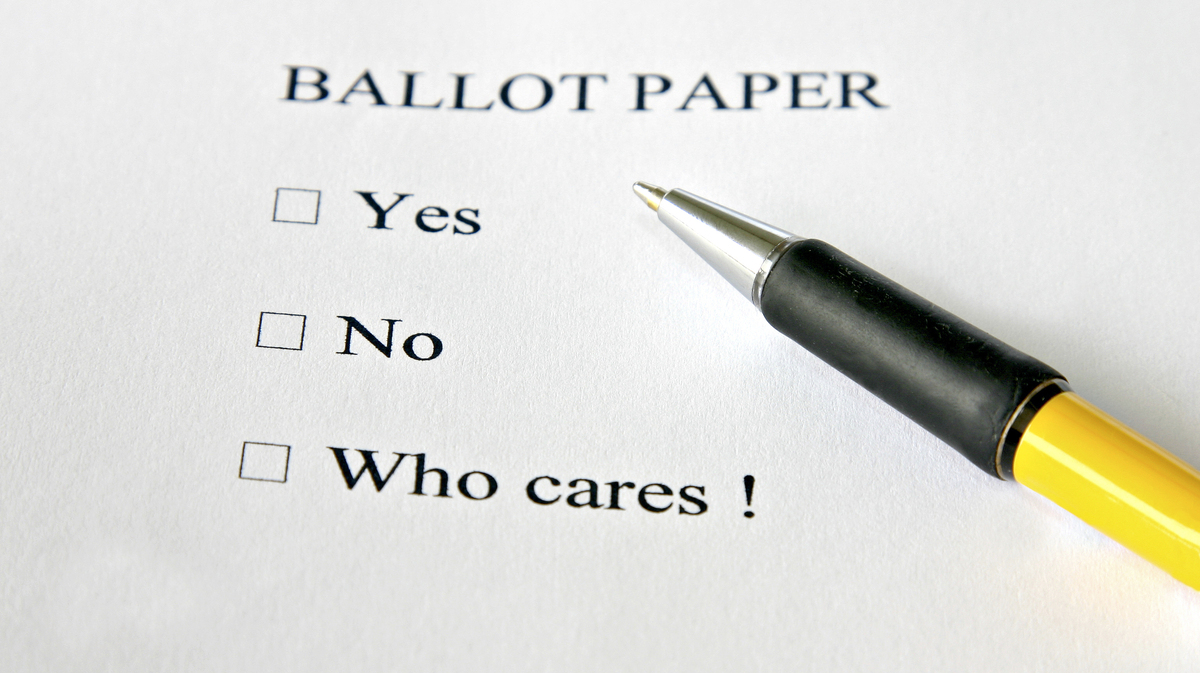 To many Americans, the right to vote in a presidential election is a sacred and precious opportunity. To others, the right to not vote is just as meaningful. And they exercise it.

In just-released data, the Pew Research Center reports that about 43 percent of Americans of voting age in 2008 didn't participate in the presidential election.

The report goes on to say who nonvoters prefer in the election coming up on Tuesday between President Obama and Mitt Romney. (No offense, but what difference does it make? They're not voting!)

While we still don't know what the total number of nonparticipants will be on Nov. 6, we do know that a large swath of Americans are not planning to vote early or late or at any time. For myriad reasons — cynicism, apathy, moral objections, for example — some people are choosing to abstain.

Recently we sent out a query on NPR's Facebook page asking the political abstainers to tell us why they do not plan to vote. Answers — and answerers — were all over the map. Conservative voters in predominantly liberal states — and vice versa — just didn't see the point.

A number of people are disenchanted with the Electoral College system. There are those who want to use the Internet to vote and govern, and there are those who just want to be left the heck alone by the whole process. And then there are some people who will not be voting for other reasoned reasons, including these: