Accessibility links
After Election, Congress Turns To 'Fiscal Cliff,' Other Money Issues : It's All Politics The lame-duck Congress has just weeks to jump to the rescue of an economy moving closer and closer to the so-called fiscal cliff — a $600 billion cluster of automatic spending cuts and tax hikes due to hit at year's end.

After Election, Congress Turns To 'Fiscal Cliff,' Other Money Issues

After Election, Congress Turns To 'Fiscal Cliff,' Other Money Issues 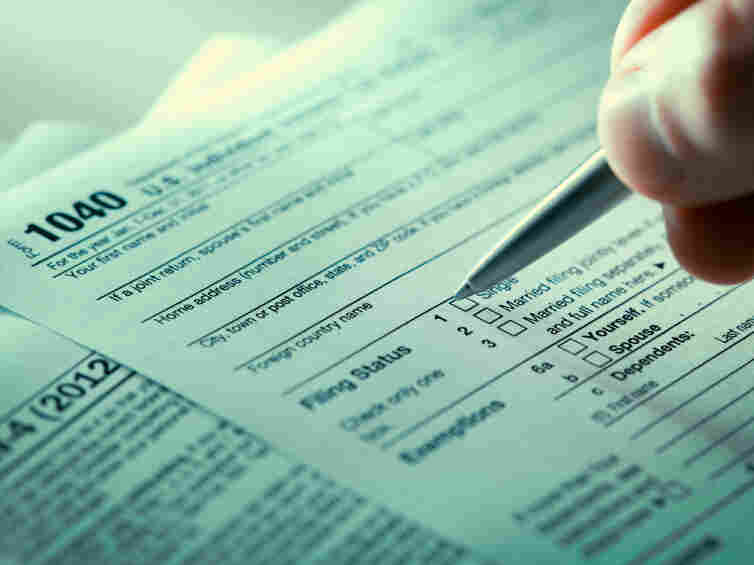 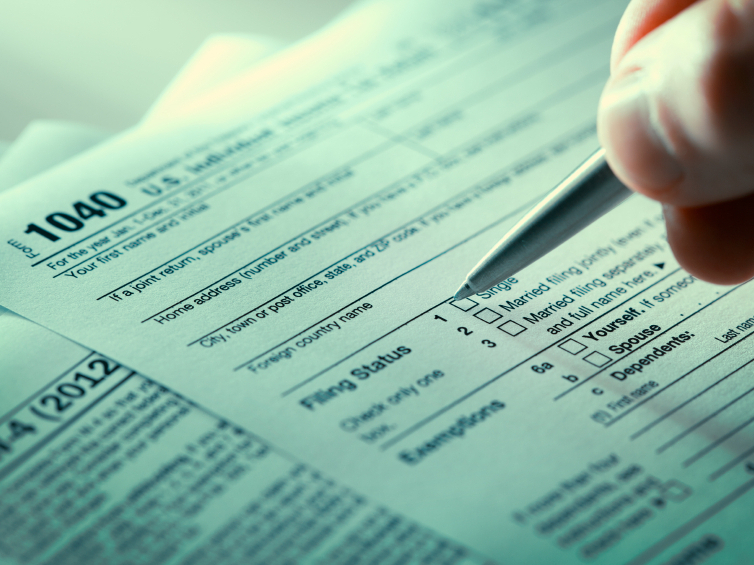 If Congress fails to address the alternative minimum tax, millions of households could see their federal 2012 tax bills jump.

For months, Americans have been watching the presidential political drama play out nightly on the news. Now, with President Obama's victory, that story is ending.

But for the economy, an action thriller is just beginning.

Congress has just weeks to jump to the rescue of an economy moving closer and closer to the so-called fiscal cliff. That phrase refers to a $600 billion cluster of automatic spending cuts and tax hikes — all coming together at year's end.

Private economists, along with the Congressional Budget Office, warn that unless the lame-duck Congress takes action within weeks, the coming budget changes could push the economy over a metaphorical cliff and down into another recession.

After Tuesday's election results became clear, Senate Majority Leader Harry Reid, D-Nev., said in a statement that lawmakers "have big challenges facing us in the months ahead." He added that "Democrats and Republicans must come together, and show that we are up to the challenge. This is no time for excuses. This is no time for putting things off until later."

The consequences of inaction would be so grave that most economists believe lawmakers will find the hero in themselves and come together now that the election is over.

"Our mantra is: 'They really can't be that stupid,' " Chris Varvares, president of Macroeconomic Advisers LLC, said on a conference call organized by the National Association for Business Economics.

But Tuesday's election, with all of its harsh words and bitter feelings, may make it difficult for Congress to return for a few weeks of chummy compromise. The lame-duck session will have many members who are on the way out, having lost their re-election bids. Their bruising campaigns may have left them feeling ungenerous toward the opposing party.

Still, they must try to get something done. The soon-to-expire Congress is set to convene Nov. 13. Very likely, comprehensive solutions to fiscal-cliff problems will have to wait for the new Congress in January. But because so many deadlines will be hit before then, the lawmakers will need to pass measures to cope with a number of other crises, and then stall for time on the edge of the cliff.

For example, Superstorm Sandy may force lawmakers to take quick action to shore up the Federal Emergency Management Agency, also known as FEMA. The agency could get overwhelmed by the cost of helping people whose homes have been destroyed by flooding. And then there's the cost of rebuilding public transit systems.

A large, bipartisan group of congressmen signed a letter this week, asking House leaders to prepare to spend more money for cleaning up after the storm. They wrote that "as the full brunt of Hurricane Sandy is quantified, Congress must stand ready to provide the aid and assistance to the people and communities most devastated by this storm."

And then there's the debt ceiling. Last week, the Treasury Department warned that the country probably will hit its $16.4 trillion borrowing limit by the end of the year. If the U.S. were to hit the ceiling and risk default on its debts, it could trigger a second downgrade of the U.S. government's credit rating and another rattling of global financial markets.

Aside from FEMA and the debt ceiling, Congress must find ways to delay the fiscal-cliff cluster of changes. Take just this one: the alternative minimum tax — the AMT, an obscure tax rule — is about to sharply increase taxes for about 27 million households, according to the Congressional Research Service.

Any couple with children and an annual income of more than $75,000 could be facing a federal tax bill that is thousands of dollars higher this year. Yes. Their taxes would shoot up for the 2012 tax year. Once the filing season begins in January, retroactive fixes to the AMT become much more difficult to implement, so Congress must act before New Year's Eve.

When first created in 1969, the AMT was intended to ensure that wealthy people could not use deductions to escape paying all taxes. But the tax was not adjusted for inflation, and Congress has had to regularly apply a "patch" to ensure that the AMT didn't apply to average families. But because of political gridlock, Congress didn't pass a patch this year — and now the deadline is looming.

So, you've got FEMA, the debt ceiling and the AMT patch all demanding immediate action, even before turning to all of the other fiscal-cliff elements.

-- the expiration of the George W. Bush-era tax cuts;

-- the expiration of the Social Security payroll tax reduction; and

-- the start of automatic "sequestration" — spending cuts that hit hard at the Pentagon budget.

Addressing all of the fiscal-cliff issues will be daunting. But at least for now, some business groups are trying to sound a hopeful note.

"There is much work ahead of us," Jay Timmons, president of the National Association of Manufacturers, said after Obama had won re-election. "After all, it is time for our nation to heal and for Americans to come together."