Accessibility links
Did SuperPAC Money Hurt Romney More Than It Helped? : It's All Politics Utlimately, the most important legacy of the first big-money campaign unleashed by the Supreme Court's Citizens United ruling may have been allowing rich individuals to prop up Newt Gingrich and Rick Santorum — prolonging the bitter GOP primary fight and perhaps crippling Mitt Romney's presidential bid.

Did SuperPAC Money Hurt Romney More Than It Helped?

Did SuperPAC Money Hurt Romney More Than It Helped? 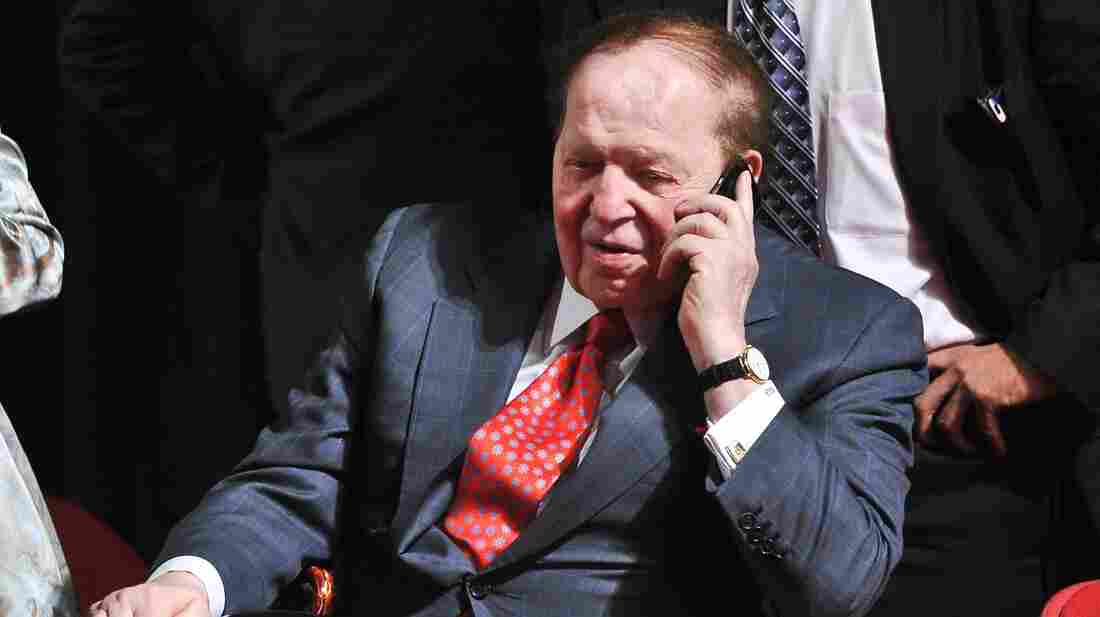 Casino magnate Sheldon Adelson at the presidential debate between Mitt Romney and President Obama, in Denver on Oct. 3. Adelson invested millions in an effort to help elect Romney — but only after bankrolling a superPAC for former House Speaker Newt Gingrich in his anti-Romney Republican primary battle. Nicholas Kamm/AFP/Getty Images hide caption 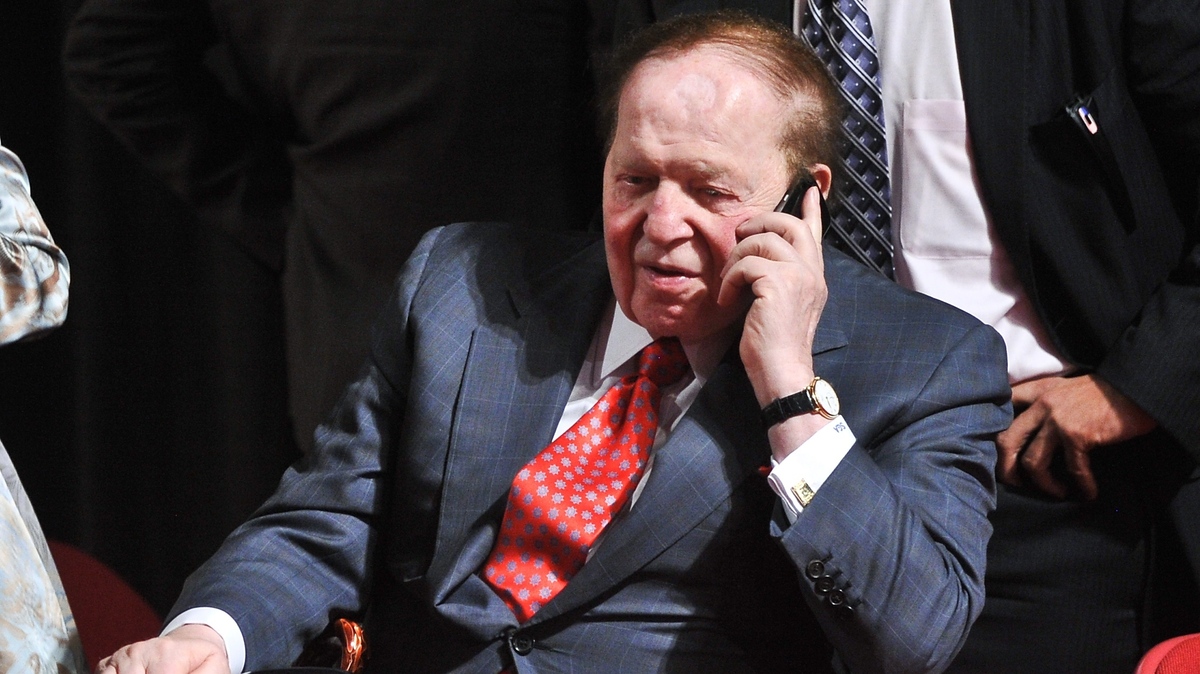 Casino magnate Sheldon Adelson at the presidential debate between Mitt Romney and President Obama, in Denver on Oct. 3. Adelson invested millions in an effort to help elect Romney — but only after bankrolling a superPAC for former House Speaker Newt Gingrich in his anti-Romney Republican primary battle.

And, why not? Rove's Crossroads political money empire had showered Republican candidates with close to $300 million this election cycle, a funding gusher courtesy of the 2010 Supreme Court's Citizens United decision and other recent court decisions.

The ruling, which held that political spending is a form of constitutionally protected speech, guaranteed that the first presidential election post-ruling would be flooded with big corporate and union money. The predictions proved correct.

The party lost the presidential race, failed to wrest control of the Senate from Democrats, and faced at least one sobering reality, outlined Wednesday by political analyst Charlie Cook: In the end, Citizens United may have been part of the narrative that led to Mitt Romney's undoing as a candidate.

The biggest effect of the unleashing of campaign money, Cook argues, was the lengthening of the Republican primary season.

It was casino magnate Sheldon Adelson's Winning Our Future superPAC donation of $10 million that kept former House Speaker Newt Gingrich in the GOP race far longer than he would have been able to stay without the cash infusion.

And it was social conservative Foster Friess who bankrolled a superPAC for former Pennsylvania Sen. Rick Santorum, helping him remain in the nomination race until April 10.

Money from Adelson and Friess, Cook said, "prolonged the period of time Romney had to move to the right" to get the nomination.

It also prolonged the time he was subject to his Republican opponents' slings and arrows, including Winning Our Future's devastating video attack on Romney and his company, Bain Capital. The video provided a blueprint for Obama campaign swing state attacks against Romney through the summer and beyond.

The Obama campaign in the swing states, Cook told the audience at an election post-mortem sponsored by National Journal, "basically took a baseball bat and beat [Romney's] brains in."

Romney could not recover. The bashing defined him, and he ran out of time to moderate his message from the far-right tack he took to secure the Republican nomination.

However, it's worth noting that Rove's Crossroads GPS and the Koch brothers' Americans for Prosperity kept Romney's campaign going in late summer and early fall, when he was cash-starved. Many donors already had given the maximum allowed under law, and Romney wasn't attracting small donors in the numbers he needed. So Crossroads GPS and Americans for Prosperity carried Romney's anti-Obama message when the campaign was off the air for some weeks.

And Adelson? He shifted his allegiance, and millions, to Romney once he won the nomination.

Adelson was on the guest list for what was to be Romney's election night victory party in Boston.