Accessibility links
Fixing Long Election Lines May Be Easier Said Than Done : It's All Politics President Obama, in his victory speech, noted that the hours voters had to wait in line are something "we have to fix." One solution: Spend more on equipment and poll workers. But that would be tough in this fiscal climate. Another is to expand early voting. But states such as Ohio have had their early-voting laws challenged in court. 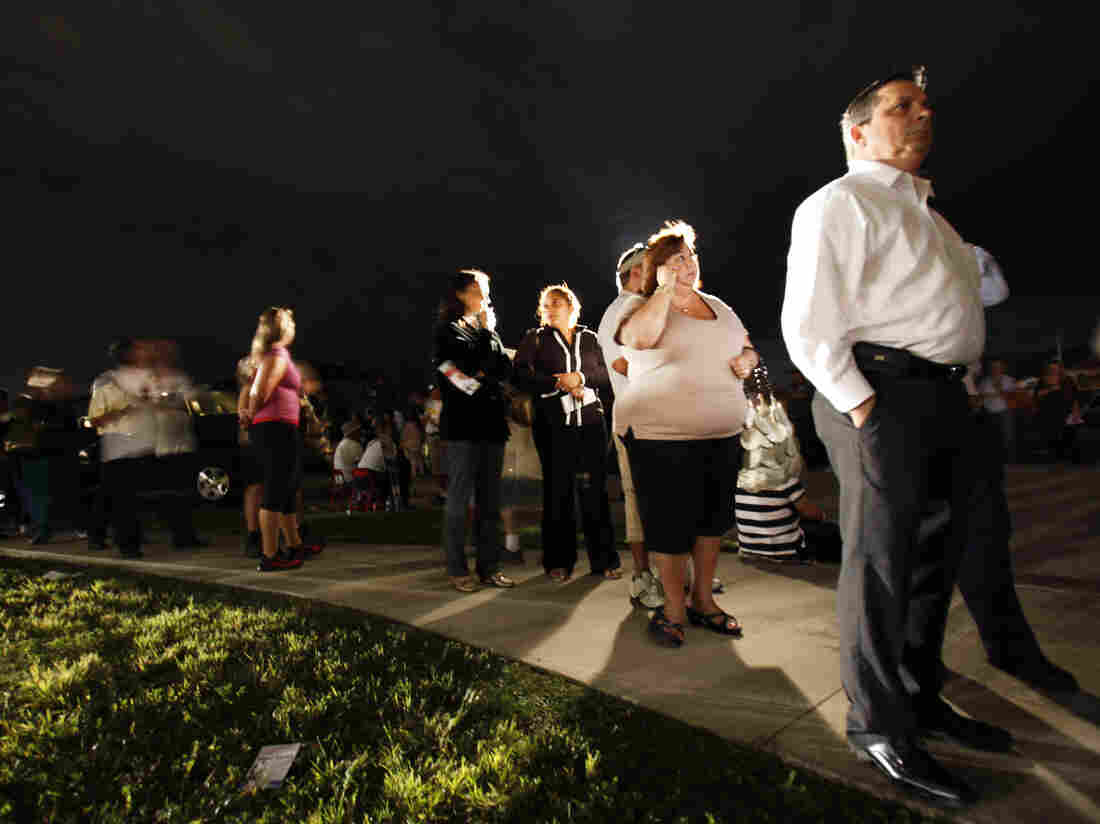 Voters line up in the dark Tuesday to cast their ballots at a polling station in Miami. President Obama said the long lines nationwide were something "we have to fix." Wilfredo Lee/AP hide caption 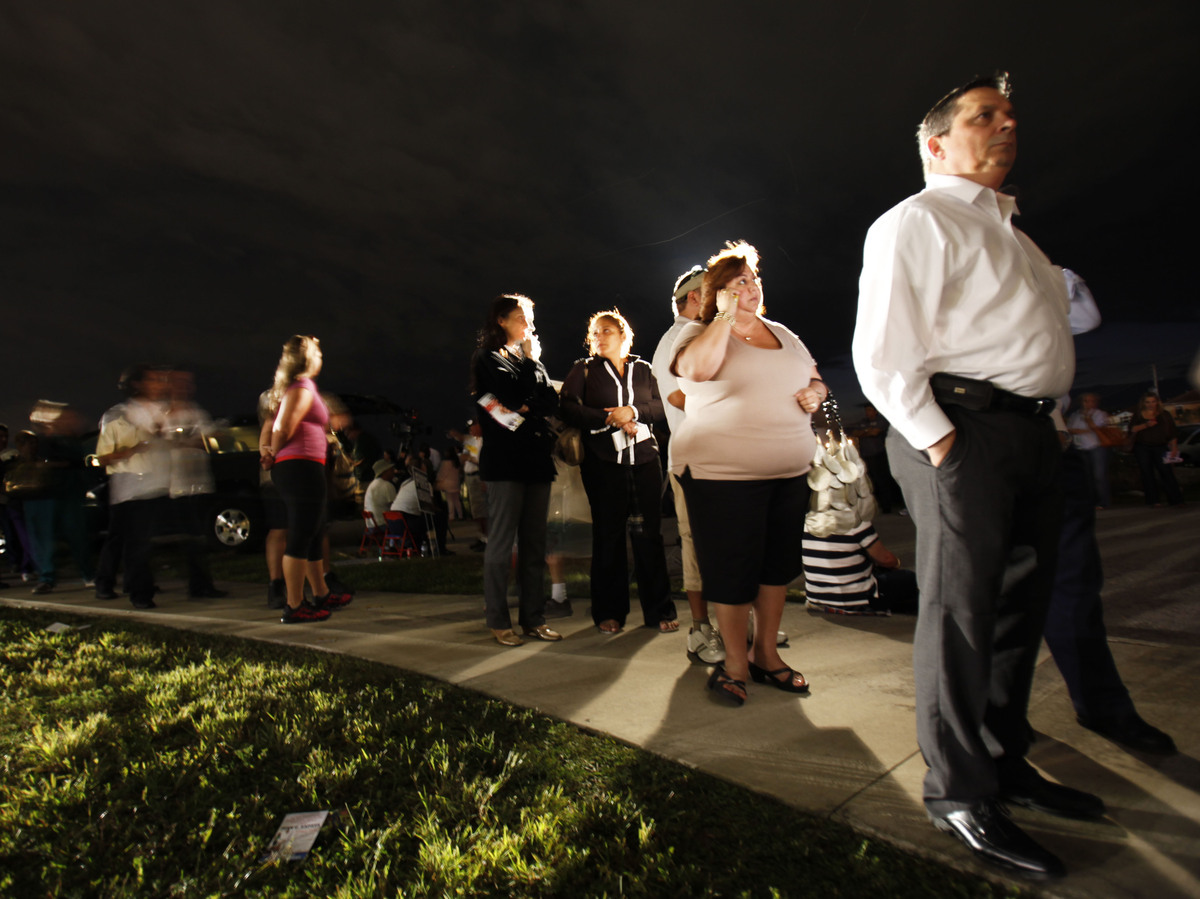 Voters line up in the dark Tuesday to cast their ballots at a polling station in Miami. President Obama said the long lines nationwide were something "we have to fix."

Although voting problems in Tuesday's election were fewer than some people had expected, there were extremely long lines at many polling sites; so many that President Obama noted them in his victory speech.

"I want to thank every American who participated in this election, whether you voted for the very first time, or waited in line for a very long time," he said, adding, "by the way we have to fix that."

But fixing that might not be so easy. Just minutes before Obama spoke those words early Wednesday, the last voters were casting ballots in Miami-Dade County, Fla. — at 1:30 a.m., 6 1/2 hours after the polls were supposed to close.

Earlier in the evening, 18-year-old Andre Murias stood in line outside the South Kendall Community Church in Miami-Dade and marveled at how long he had to wait to cast his first-ever ballot.

"It feels more like a tailgate than a voting," he said. "I think next four years if it's like this, we'll bring a grill, a cooler; 'cause this is ridiculous."

There were similar scenes around the country. Tens of thousands of voters stuck it out. Some, however, clearly didn't, says Doug Chapin, an election expert with the University of Minnesota.

"Common sense tells us the longer the line, the more likely it is that people will abandon the line, or pull up to their polling place, see the long line and not even queue up in the first place," he says.

Indeed, some campaigns anxiously tweeted their supporters Tuesday night to stay in line and not give up. Chapin says lines are long in part because cash-strapped localities have consolidated polling sites.

"So you've got the same, or maybe slightly more voters, going to fewer places on Election Day," he says.

Chapin says one solution is to spend more on equipment and poll workers. But in the current fiscal climate, it's not clear where the money would come from.

"I remember four years ago, my in-laws, 'cause they called and yelled at me from lines, waited three hours to vote for the presidential race," recalls former Kentucky Secretary Of State Trey Grayson. "And in that case, that particular county, clearly didn't have enough voting systems."

Grayson, who now runs Harvard's Institute of Politics, says scarce resources are only one problem. Long lines can be the result of a last-minute surge in voter registrations, or a very aggressive get-out-the-vote campaign, or simple logistics.

"Sometimes, it's space. You know, you just can't fit more voting systems in," he says. "The polling places have to be accessible now. So, that minimizes the number of locations. And it's expensive to rent space, and especially just for one day."

That's another thing: Big elections come only once every two or four years. People might think about long lines this week, but it won't take long for the public and politicians to turn their attention elsewhere.

Jane Platten, who runs elections in Cuyahoga County, Ohio, has had her share of headaches over the years. But on Tuesday night, long lines weren't a problem.

She says one reason is that more than 40 percent of the county's voters had cast their ballots before Election Day. She notes that Ohio has 35 days of in-person early voting, and no-excuse absentee voting.

"I don't have to be in the hospital or out of town to vote early," she says.

Platten says expanding early voting around the country would help. Although, as they well know in Ohio, which tried to limit early voting this year, that can be easier said than done.