Accessibility links
Will Fact Checks Always Be Ignored By Politicians? : It's All Politics As a stream of falsehoods and half-truths fell during the 2012 campaign, a swarm of fact checkers hustled to catch them. Fact checking hasn't stopped deception, but could it be more effective in interrupting politicians' narratives?

Will Fact Checks Always Be Ignored By Politicians?

Will Fact Checks Always Be Ignored By Politicians? 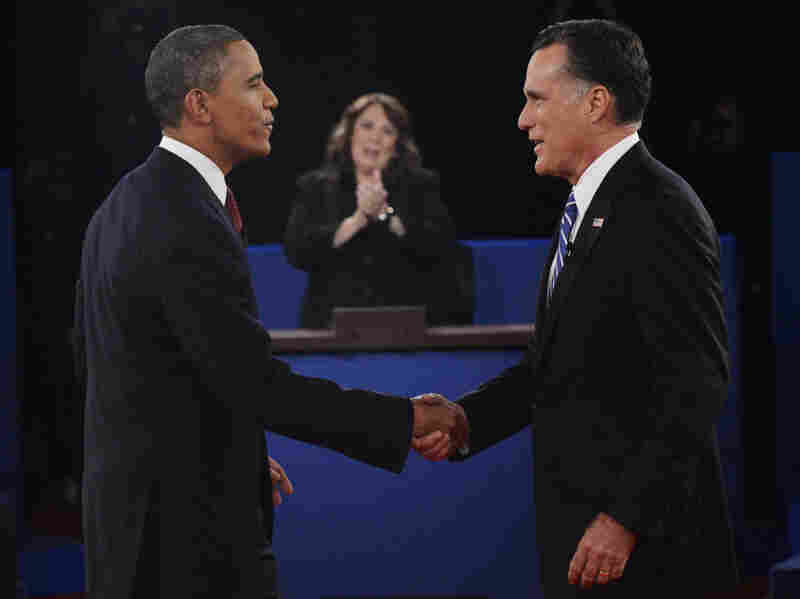 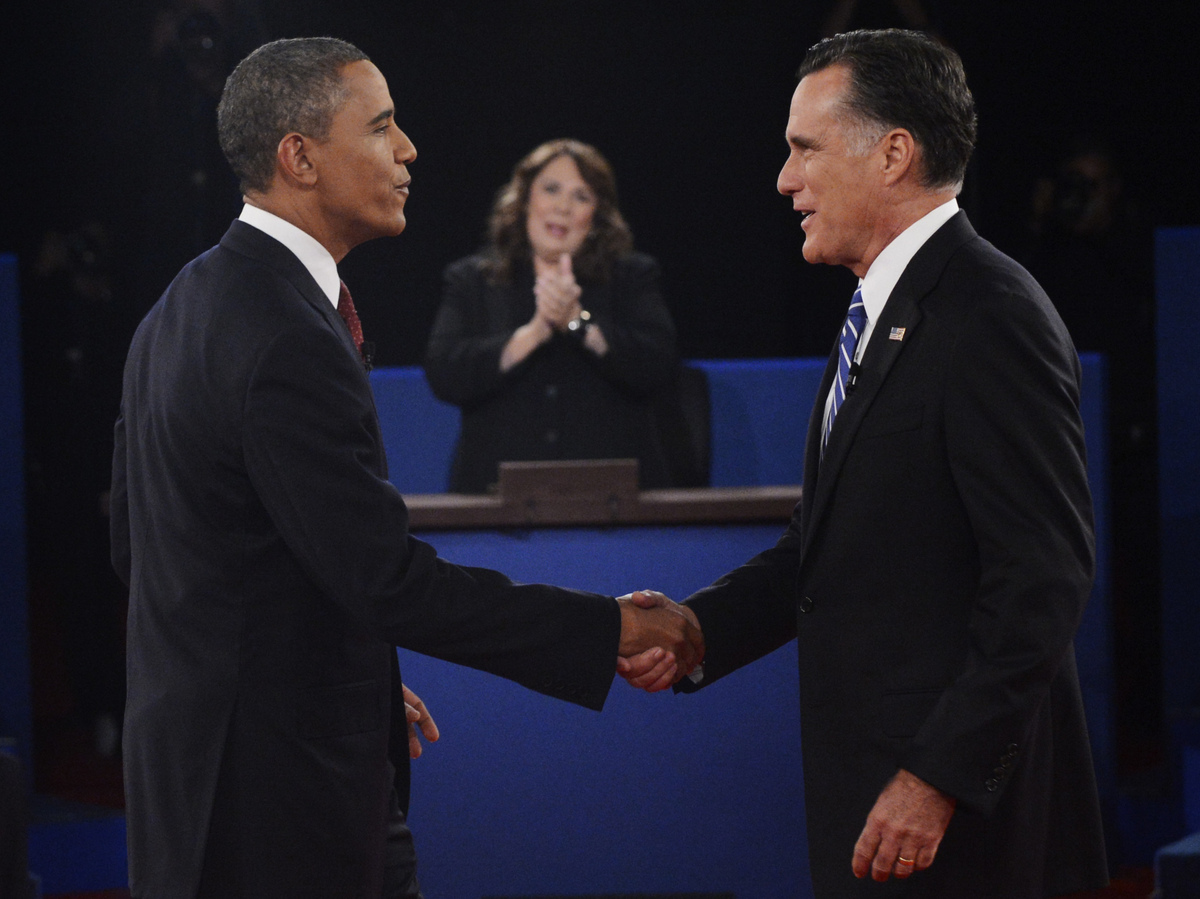 Given this, David Carr of The New York Times declared that journalistic efforts to set the record straight during "the most fact-checked [presidential] election in history" didn't work.

"Both campaigns seemed to live a life beyond consequence, correctly discerning that it was worth getting a scolding from the journalistic church ladies if a stretch or an elide or an outright prevarication did damage to the opposition," wrote Carr.

"Our mission is to inform readers, not change the behavior of politicians," wrote Adair, whose group occasionally partnered with NPR on election coverage.

Whether or not it's the mission, are there more effective ways fact checking could interrupt the politicians' narratives?

What if there were fact checks crawling on the TV screen during a debate or speech, for example? Adair responded to It's All Politics via email:

"We already provide instant information during debates through our Twitter feed, which has 171,000 followers. And during debates, we post a Twitter widget on our site so people can get up-to-the-minute links to related fact-checks. In the future, we could easily do that on TV through a crawl on a screen.

"Would that have a stronger impact? Perhaps. But the candidates already know that they are going to be fact-checked, so I don't think the immediacy makes much difference.

"We are like cops on a highway with radar guns. The drivers know we are there and sometimes they decide to violate the speed limit anyway."

Of course, Adair said a Twitter-like stream on TV would work only with previously assessed claims. Still, he said PolitiFact is working on ways to shrink the gap between when people hear a claim and when they look up its trustworthiness.

"One way we're doing that is our Settle It! mobile app, which allows people to quickly search our database from their phone or tablet. Another way is the sound recognition technology that's been developed by the creators of the Super PAC App."

In his PressThink blog, New York University's Jay Rosen said journalists are in a "new phase" of reacting to misleading information since campaigns "seem able to override" fact checking. "So what's the next innovation?" he asks.

Adair, as mentioned above, doesn't believe stopping lies is the point. But here's what he sees in the future:

"The fact-checking itself is really just old shoe-leather journalism. The next step is to harness technology to get it in front of more people when they need it."

But people might not always need it immediately, says Brendan Nyhan, assistant professor of government at Dartmouth College. Nyhan has advocated for "blind debate coverage," watching the debates without simultaneously monitoring Twitter. He has also written about fact checking for the Columbia Journalism Review.

Nyhan suggests an effective tactic might be to have a fact checker on TV right after the debate, "before immediate spinning of who won or lost." Or maybe split the debate into three segments with fact checking intermissions.

Real-time fact checking by moderators can be messy business. Nyhan says it would be difficult to get the candidates to agree to a format that integrates fact checking in the first place. Regardless, verifying candidates' claims is "hard to do on the fly," he says.

Adair says checking a new claim can take anywhere from an hour to several days. Plus, there's the nuance factor: one Pinocchio or four?

"If [the moderator] gets something wrong, it could make things worse," Nyhan says.

CNN's Candy Crowley wandered into fact checking territory during the presidential debate she moderated on Oct. 16. Mitt Romney said it took President Obama 14 days to call the attack on the U.S. consulate in Benghazi, Libya, an "act of terror." Crowley told Romney that Obama had, in fact, called it an act of terror. She added:

"It did as well take two weeks or so for the whole idea of there being a riot out there about this tape to come out. You are correct about that."

As Politico reports, Crowley tried to further clarify her statement in later interviews, and her actions in the debate faced criticism from the right. On Fox News, National Review editor Rich Lowry said, "It's not the role of a moderator ever in these debates to be the fact checker."

"To judge credibility, the fact-checkers must be regarded as credible judges. But each time they are pulled into a scuffle with politicians, they can look more like political actors to the public — an assumption that especially benefits those politicians who lie with the greatest abandon."

Nyhan says he goes back and forth about the overall impact of fact checking. He says he believes the fact-checking movement is starting to shift journalism away from he-said-she-said stories. But that has a counterforce, he says: "The gaffe coverage might be dumber than ever before."