Accessibility links
The Upside To Plunging Off The Fiscal Cliff : It's All Politics Post-election Washington is buzzing with talk of compromise and cooperation. Republicans and Democrats want to avoid a looming budget and economic disaster, and their leaders say they're ready to get to work. But some budget experts say it may be necessary to go over the fiscal cliff to reach an agreement. 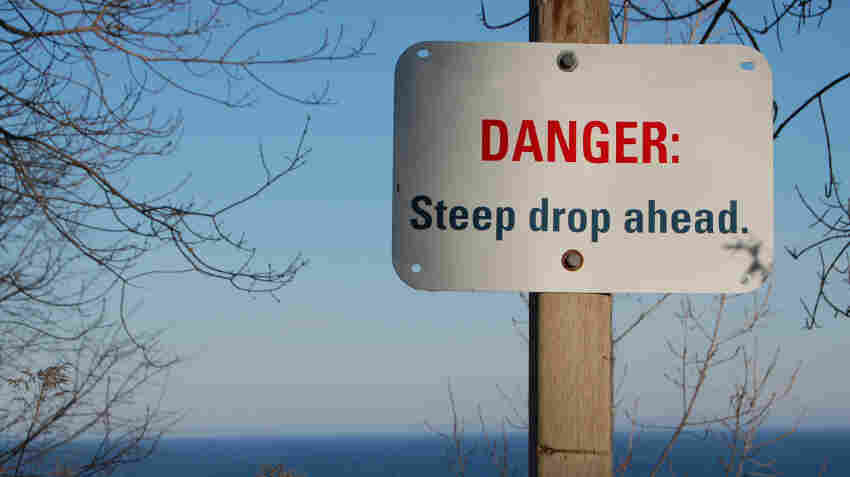 With Congress on the edge of a fiscal cliff, set to occur Jan. 1, some say a fiscal plunge is exactly what's needed to break the political logjam. iStockphoto.com hide caption 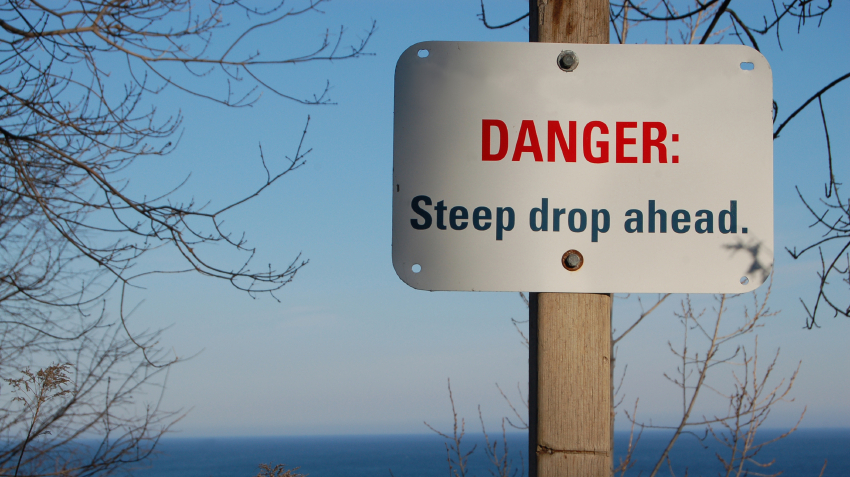 With Congress on the edge of a fiscal cliff, set to occur Jan. 1, some say a fiscal plunge is exactly what's needed to break the political logjam.

Now that the election is over, Washington is transfixed by the fiscal cliff, the automatic tax increases and spending cuts due to take effect Jan. 1 if nothing is done.

The sudden shock could seriously damage the economy.

But some Democrats and policy analysts are suggesting that going over the fiscal cliff could help break the political logjam.

Rep. Peter Welch, D-Vt., says it's not his first option, but he thinks Democrats should be willing to go over the fiscal cliff if Republicans continue to refuse to raise taxes.

"I think the Democrats have to take advantage of the fact that there is leverage here," Welch says.

The leverage provided by a fiscal plunge includes the threat to Republicans that one of their biggest legislative accomplishments of the past decade, the Bush-era tax cuts, would automatically be rolled back.

William Gale, co-director of the Tax Policy Center, also thinks a ride over the fiscal cliff is a viable strategy. Despite the serious risks to the economy, he says it could change the terms of the debate and create a path to taming the nation's deficits.

"If we do go over the cliff, lawmakers will be on a budget path that deals with the deficit quite well over the medium term and the long term," Gale says.

That's because there would be a huge amount of revenue added to the budget if the Bush tax cuts expire. That would reduce the deficit significantly. The same goes for the cuts in domestic spending, including defense, that are part of the fiscal cliff. Those cuts would also substantially trim projected deficits for years to come.

"Going over the fiscal cliff does the dirty work that Congress has so far been unwilling to do," Gale says.

He thinks Congress would quickly tidy up the dirty work.

If lawmakers don't like the indiscriminate across-the-board cuts in defense spending or the national parks or Amtrak, he says, they could be renegotiated early next year.

The higher tax rates on the wealthy that would come with the end of the Bush tax cuts could be lowered in exchange for ending some deductions for the rich. That's something Republicans could vote for.

There's a silver lining for Republicans in this, Gale says. They would not be forced to vote for a tax increase. In fact, any votes on taxes after the fiscal plunge would more likely be votes for tax cuts, like restoring the Bush tax cuts for the middle class — something both President Obama and the Republicans want.

But there is danger for the economy in this strategy.

"There are problems with going over the fiscal cliff, and I don't want to minimize them," Gale says. In the short term, he says, the economy "would take a hit, and I think we should enact a stimulus package to avoid that."

Gale suggests a package that includes tax rebates and an extension of the payroll tax holiday that's also set to expire Jan. 1. He says federal aid to the states should also be part of a stimulus.

There are concerns about the reaction in financial markets if the U.S. goes over the fiscal cliff. In the first two days after the election, that prospect helped push U.S. stocks down more than 3 percent.

Gale has this response: "It seems to me if we're making moves that are helping the economy in the short run via stimulus and getting ourselves on a good long-term budget path via going over the fiscal cliff, that that's exactly what markets are looking for."

House Speaker John Boehner, R-Ohio, suggested Friday that the two sides should push back the fiscal cliff to provide time to reach a grand budget agreement later in 2013.

In his remarks Friday, Obama gave no indication he was prepared to do that.