Accessibility links
In California, 'Republican' Is Becoming A Toxic Label : It's All Politics This year, the number of registered Republicans in the state dipped below 30 percent of voters. Some GOP candidates are re-registering as independents to avoid having "Republican" next to their names. 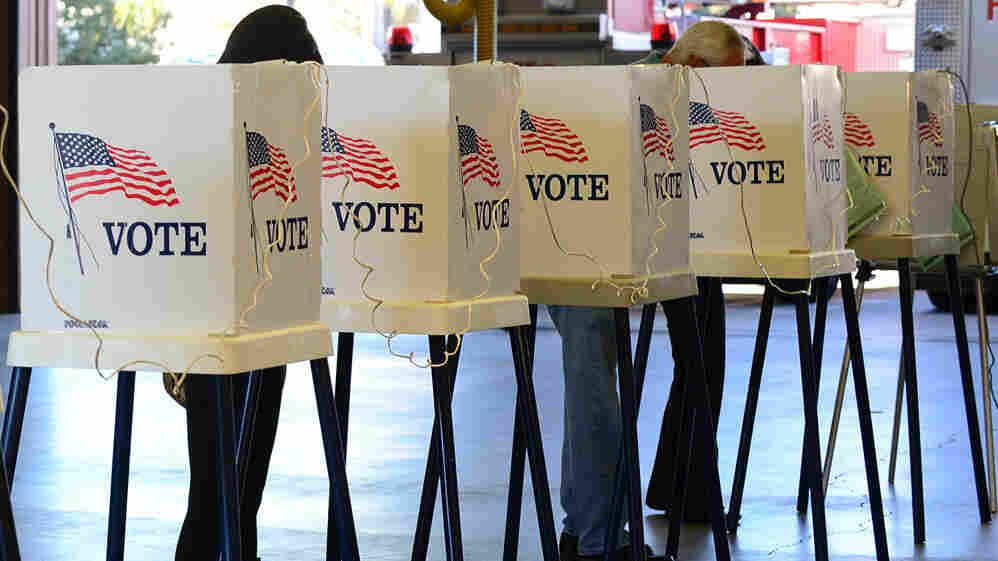 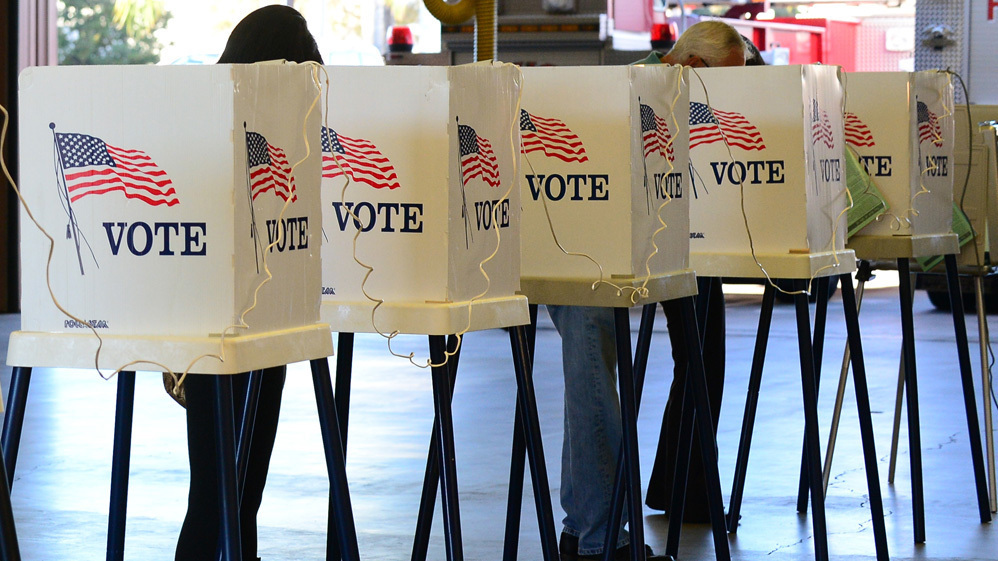 If the election results were disappointing for Republicans nationally, they were devastating for the GOP in California.

It wasn't just President Obama's 21-point margin of victory. California Democrats gained four seats in Congress and will have two-thirds majorities in both houses of the state Legislature. But the struggles of the California Republican Party began long before last week.

It wasn't the kind of history anyone would brag about, says Dan Schnur, head of the Jesse M. Unruh Institute of Politics at the University of Southern California.

"When one of the two major parties sees its voter registration dip below 30 percent, that ought to be a warning sign that Election Day is not going to go particularly well," Schnur says.

That's right — just 29.4 percent of California voters are now registered Republicans. Meanwhile, a growing number of all voters in California are Latino, now more than one-fifth of the electorate.

In the past couple of elections, Latinos around the country voted roughly 2 to 1 for Democrats. But in California, Latinos have been fleeing the Republican Party since this ad ran in 1994:

"They keep coming," the ad said. "Two million illegal immigrants in California. The federal government won't stop them at the border."

And even though Proposition 187 was thrown out by the courts, "the bill is coming due," says Raphael Sonenshein, executive director of the Pat Brown Institute of Public Affairs at California State University, Los Angeles. "This has mobilized vast numbers of Latino voters. Now they're really pouring to the polls."

The growing Latino vote definitely got the attention of Republicans on the national stage. Last Sunday on CBS's Face the Nation, South Carolina Sen. Lindsey Graham said the GOP must change its tune on immigration reform or risk further losses in the nation's fastest-growing voter group.

"We have nobody to blame but ourselves when it comes to losing Hispanics," he said, "and we can get them back with some effort on our part."

Graham proposed an immigration overhaul that included a path to citizenship. But California Republicans may not embrace that shift in policy.

"That's seen by many folks as rewarding people who've cheated the system, at the expense of people who've gone through the system legally," says Ron Nehring, a GOP strategist who was chairman of the state Republican Party until this year.

Reaching out to Latinos won't by itself stem the Republicans' decline in California.

"Each of these constituencies have favored Democratic candidates in the past," he says.

So much so that in California, "Republican" is now a toxic label, Sonenshein says.

"Some Republicans are now re-registering as independents to run for office — simply not to have the word 'Republican' next to their name," he says.

Schnur believes the GOP will not allow this to a happen on a national level.

"If national Republicans begin to rethink their outreach to some of these voting communities, then maybe that drags California Republicans along with them as well," he says.

Preventing California from once again being a national trendsetter.