Accessibility links
Rubio Dodges Question On Earth's Age : It's All Politics Florida Sen. Marco Rubio, already being mentioned as a possible 2016 presidential hopeful, responded to a question about the Earth's age with, "I'm not a scientist, man." While he sits on the Senate's science subcommittee, Rubio called it a "dispute amongst theologians." 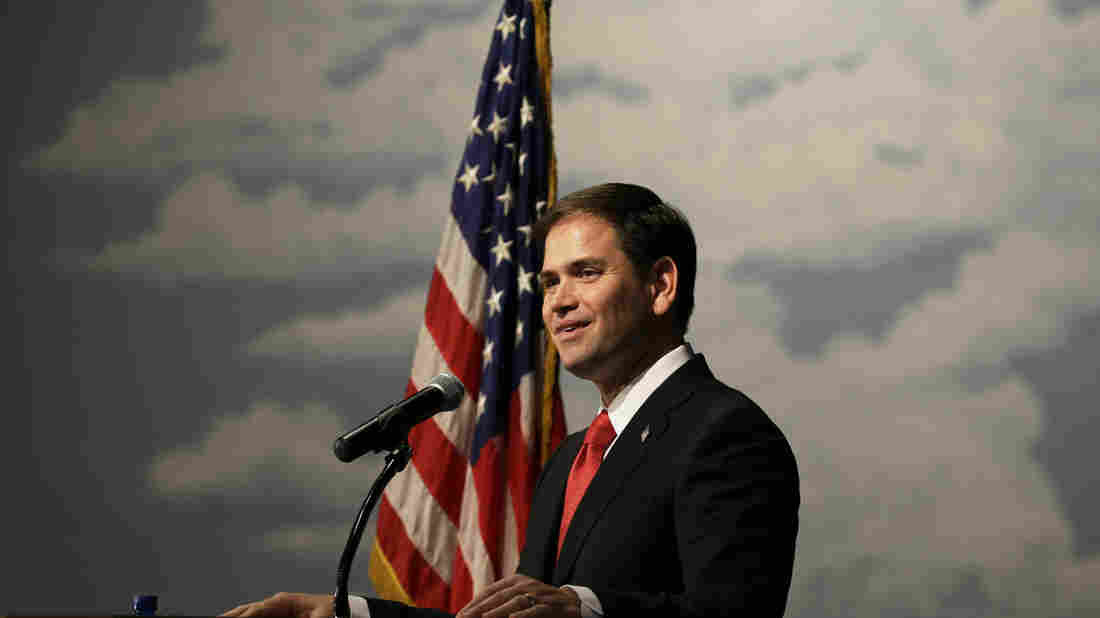 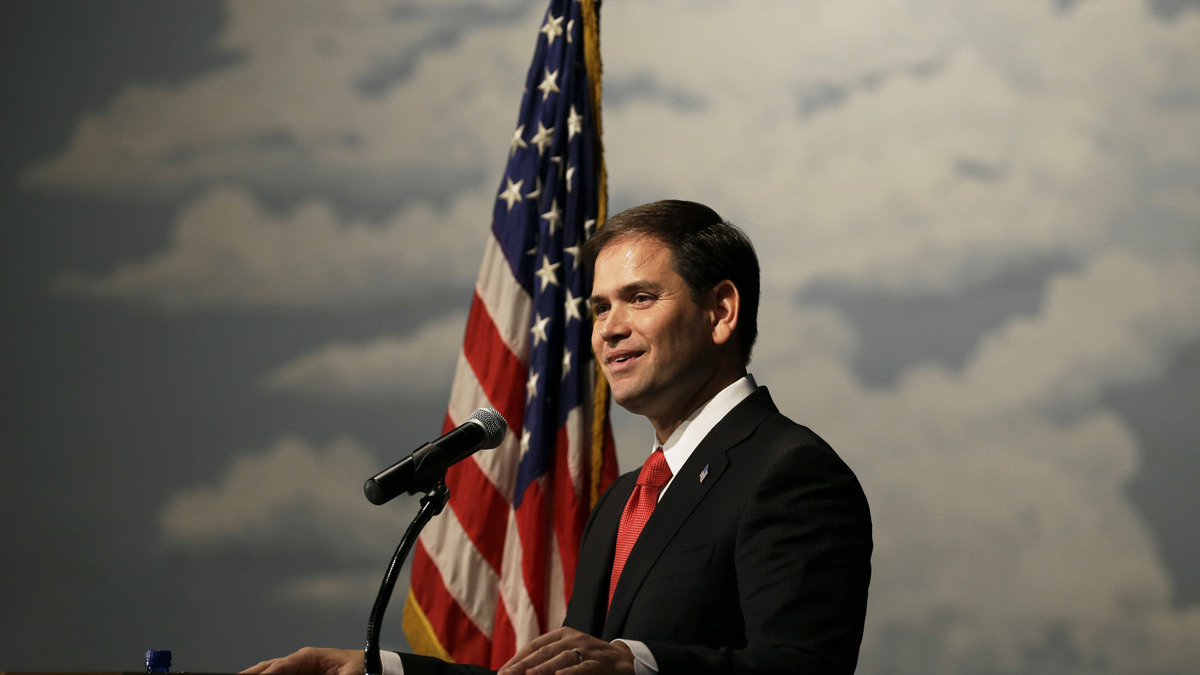 According to scientists, the Earth is about 4.5 billion years old. Most of the people who vote in presidential primaries aren't scientists, however.

Indeed, a Gallup poll this year reported that 46 percent of Americans (58 percent of Republicans, 41 percent of Democrats and 39 percent of independents) held a nonscientific belief in creationism, the religious-based view that humans were divinely created within the past 10,000 years.

Given that, a politician widely thought to have an interest in running for the Republican presidential nomination in 2016 might feel the need to finesse a question about the Earth's age.

That's one way to read Sen. Marco Rubio's answer to a GQ interviewer's question about the Earth's age, in a story published on Monday. The Florida Republican said:

"I'm not a scientist, man. I can tell you what recorded history says, I can tell you what the Bible says, but I think that's a dispute amongst theologians and I think it has nothing to do with the gross domestic product or economic growth of the United States. I think the age of the universe has zero to do with how our economy is going to grow. I'm not a scientist. I don't think I'm qualified to answer a question like that. At the end of the day, I think there are multiple theories out there on how the universe was created and I think this is a country where people should have the opportunity to teach them all. I think parents should be able to teach their kids what their faith says, what science says. Whether the Earth was created in 7 days, or 7 actual eras, I'm not sure we'll ever be able to answer that. It's one of the great mysteries."

Not surprisingly, Rubio's views were much discussed on Twitter, with some critics noting with irony that he sits on the science subcommittee of the Senate Commerce, Science and Transportation Committee.

Rubio, by the way, hasn't indicated he will seek the 2016 GOP nomination; it's too early for that. But his trip to Iowa over the weekend certainly added fuel to speculation.

Rubio's comment was somewhat reminiscent of a moment from Texas Gov. Rick Perry's brief bid for the Republican nomination for president. A boy in New Hampshire asked Perry how old the world was. Perry said: "How old do I think the Earth is? You know what? I don't have any idea. I know it's pretty old."

All of this raises the question: How much would Republican presidential aspirants really hurt themselves in their pursuit of their party's nomination if they said they accepted the scientific conclusion about the Earth's age?

But Huntsman never appeared to have a real chance of winning the nomination even before his tweet and subsequent comments in the same vein.