Accessibility links
Tough Turkey: People Have A Harder Time Getting Pardons Under Obama : It's All Politics Every year, the president pardons a turkey in a lighthearted Thanksgiving tradition. But while the business of pardoning humans is more serious, it's also increasingly rare. President Obama has granted just 1 pardon for every 290 applications — a much lower rate than other recent presidents. 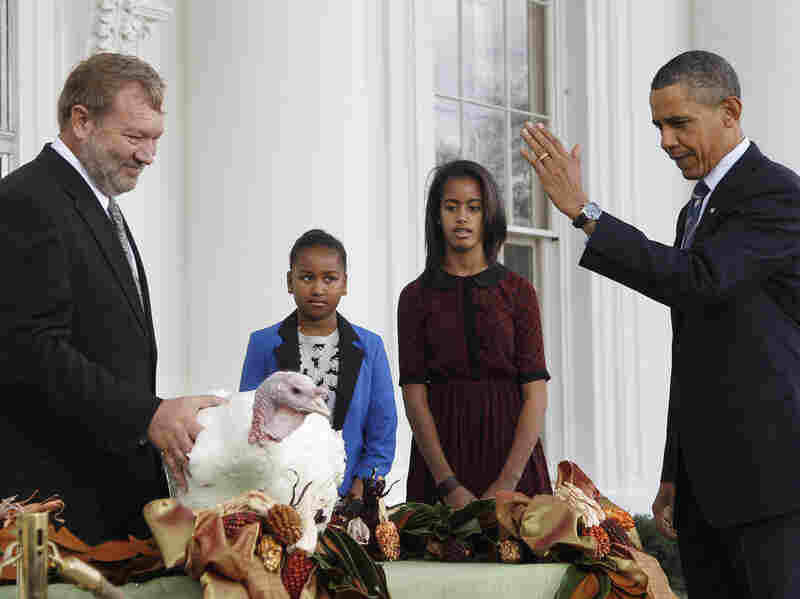 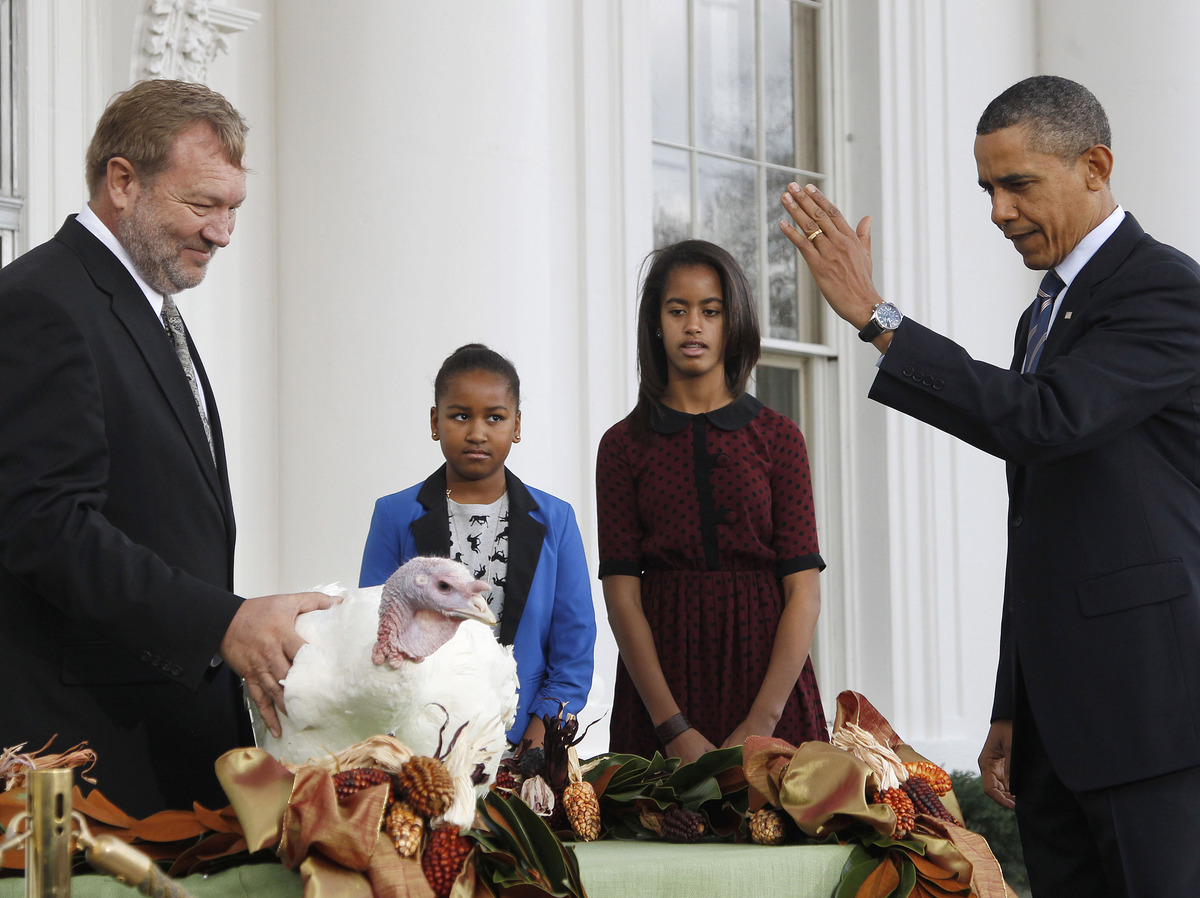 Presidential pardons usually take the world by surprise. There's no advance notice — the White House just sends out an announcement with the names of those receiving clemency. Thanksgiving is one lighthearted exception.

On Wednesday, President Obama will once again take part in the traditional turkey pardoning at the White House. But while the business of pardoning humans is more serious, it's also increasingly rare.

People don't usually think of the president as a part of the justice system. Typically that world includes judges, prosecutors and defense lawyers — not the chief executive. But George Lardner, a former investigative reporter who's now writing a book on the history of presidential pardons, says the Constitution actually makes the president a key part of this web.

In the past, "there was no such thing as probation or parole," Lardner says. "If you wanted to get out of prison before your time was up, you had to get a pardon."

Many people did. But that was long ago. Recent presidents have barely used their clemency power. And Obama is more frugal than any of them, says P.S. Ruckman Jr., a political scientist at Rock Valley College who studies pardons.

"He's granted 22 pardons and one commutation of sentence," Ruckman says.

He says no president since John Adams has shown so little leniency.

White House spokesman Matt Lehrich responded to an inquiry with this statement: "President Obama takes his constitutional power to grant clemency very seriously, and each recommendation received from the Department of Justice is carefully reviewed and evaluated on the merits."

But Obama's record is even more striking if you compare the number of pardons he's granted with those he's rejected. Ruckman crunched the numbers for the past five presidents:

Sam Morison spent 13 years working in the Justice Department's Office of the Pardon Attorney. He left in 2010.

"They really don't give a sort of fair and neutral review of every case," he says. "They tend to view any grant of clemency not as a good thing, as a criminal justice success story, but almost as a defeat — that you're taking away something from what some good prosecutor achieved."

A Justice Department spokesman rejects that description. Wyn Hornbuckle says the department "is committed to providing a fair, careful and merit-based evaluation of every clemency application."

In a statement, he also noted that the department has begun an independent study of the pardon data.

"It's all sort of all risk and very little reward," she says, "although I think that is a shortsighted view."

The risk was apparent to anyone who watched Clinton pardon the international fugitive Marc Rich, whose wife was a big campaign donor, in 2001. The backlash was huge.

But Love says the president could use clemency power to highlight flaws in the justice system. There are more penalties than ever for people with a conviction on their record. And many of those penalties never go away.

"I have a client, for example, who has a minor white-collar tax offense from a number of years ago who has a business in the Los Angeles airport," she says. "He cannot visit his business because he can't go into the secure area of the airport because of his conviction."

That man and others seeking pardons can take solace in one trend: Half of all recent pardons have come in the month of December. So next month, they may be that lucky 1 out of 290.