Accessibility links
How Much Income Taxes Could Rise: A Breakdown Of The Options : It's All Politics As political leaders try to reach a deal to avoid automatic spending cuts and tax increases at the year's end, income tax rates are a major sticking point. President Obama wants to raise taxes for some; Republicans don't want any hikes. But if nothing is done, rates could go up across the board. 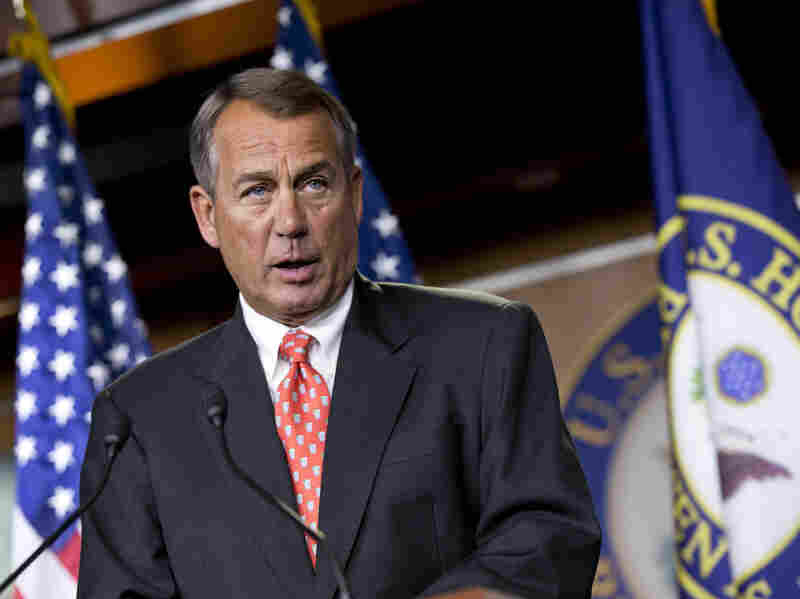 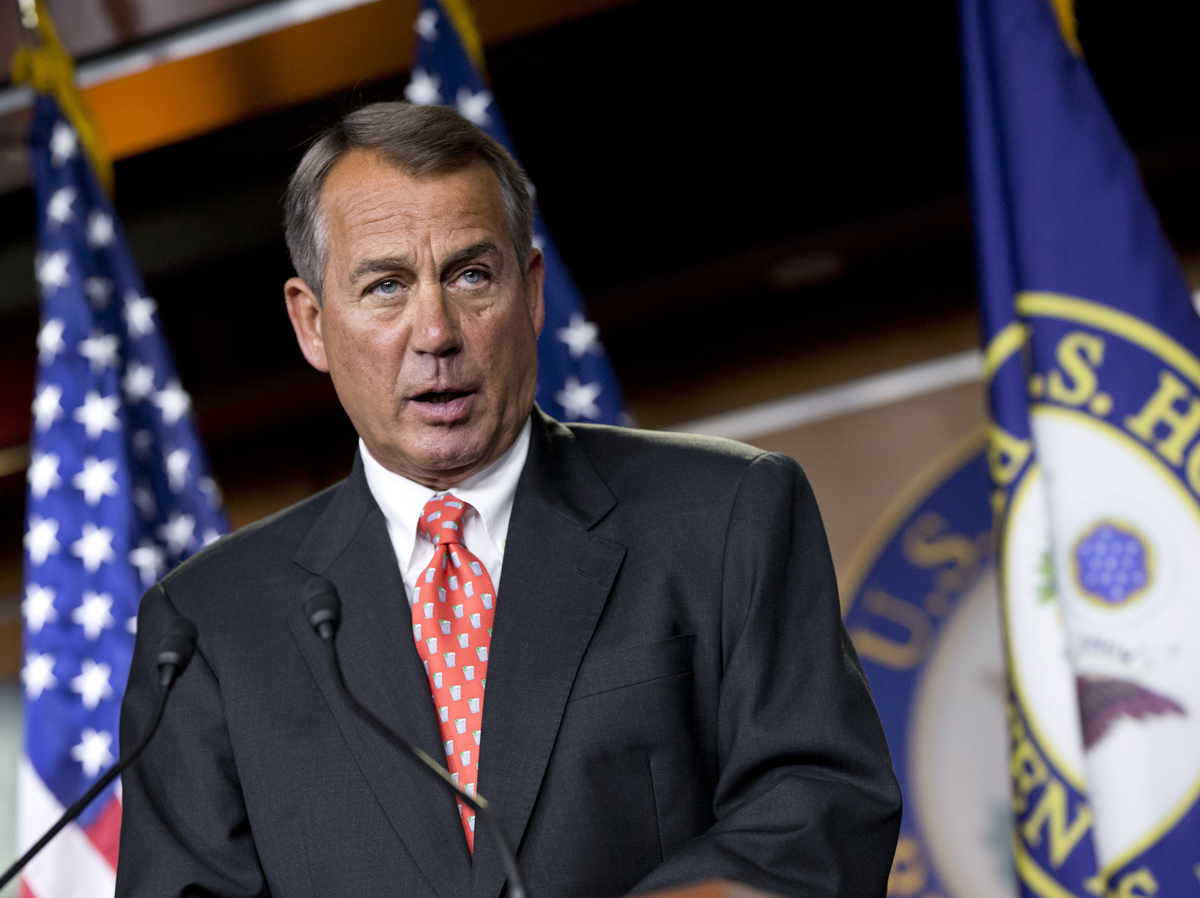 "No substantive progress has been made." That's what House Speaker John Boehner had to say Thursday about efforts to avoid automatic spending cuts and tax increases at year's end.

The administration's lead negotiator, Treasury Secretary Tim Geithner, met with congressional leaders from both sides of the aisle Thursday, looking for an agreement on the hazard Congress and the White House created last year to focus their minds on deficit reduction.

Perhaps the most important sticking point is over income tax rates. The outcome of the negotiations will determine how many Americans will face higher tax rates — and how much of a hike it will be.

What would that mean for you? Well, if you're among the well-off and earn more than those amounts, the money you make above those levels would be taxed at 36 percent and 39.6 percent — up a few points from where they are taxed now, and exactly where they were during the Clinton administration. For the top 1 percent of taxpayers, this change would boost their tax bill a lot.

"That tax increase would amount to something in the neighborhood of $120,000," says Donald Marron, co-director of the Tax Policy Center.

The center has crunched a lot of numbers related to the tax effects of the fiscal cliff and the various proposals to avoid it. Len Burman, who used to run the center but now is a professor at Syracuse University, says allowing the Bush tax cuts to expire for the well-off would put a dent in the deficit.

"Raising the tax rates to basically the pre-Bush levels for the high-income people would raise about $850 billion over 10 years," he says.

But would that be a bulldozer-size dent or a baseball-size dent in the deficit?

"It's significant ... but we're looking at $10 trillion-plus in deficits over the next 10 years, so this is less than 10 percent of the total," Burman says.

The president would reduce the deficit an additional 5 percentage points through his proposal to reduce the value of tax deductions for the wealthy.

But what if policymakers can't reach an agreement and we go over this fiscal cliff? Tax rates would go up across the board. The Tax Policy Center says about 90 percent of Americans would see their tax bill increase.

While that's not a pleasant thought, allowing the Bush-era tax cuts to expire for everyone would cut deficits significantly, Burman says.

That would cut projected deficits by about 25 percent over the next 10 years — a much more sizable chunk, but still not enough to solve the deficit problem.

Of course, the shock to the economy of the abrupt tax hikes and spending cuts would likely cause the economy to plunge back into recession. That's really why they call it the "fiscal cliff."

Republicans say hiking rates for anyone is the wrong approach. They want to extend the Bush tax cuts for everyone for one more year. That would mean a $400 billion boost to next year's projected deficit.

But during the year, Republicans say, Washington could work on changes to tax policy and entitlements and try to close the budget gap for the long term. Glenn Hubbard, dean of Columbia University's School of Business and an adviser to Mitt Romney, agrees. He says raising rates is a bad idea.

"I'd rather see us talk about tax reform," Hubbard says. "That is, have the Congress say, 'OK, here's the dollars that we need to raise in revenue, now let's talk about a better tax system.' "