Accessibility links
Celebrities And The Senate: Would Ashley Judd Stand A Chance? : It's All Politics Could an actress and political activist with no electoral experience give the Senate's top Republican a race in very red Kentucky? It would be a long shot, say political experts, even though Judd has deep roots in the state, calling herself an "at least 8th generation Eastern Kentuckian."

Celebrities And The Senate: Would Ashley Judd Stand A Chance?

Celebrities And The Senate: Would Ashley Judd Stand A Chance? 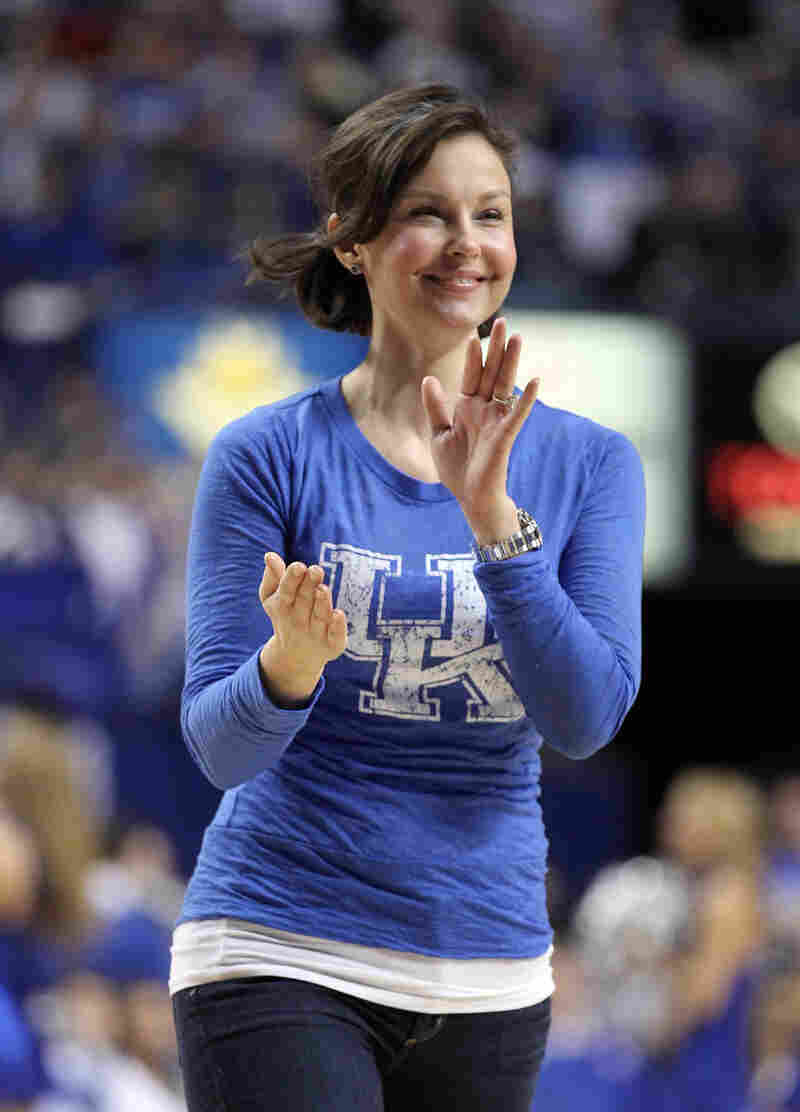 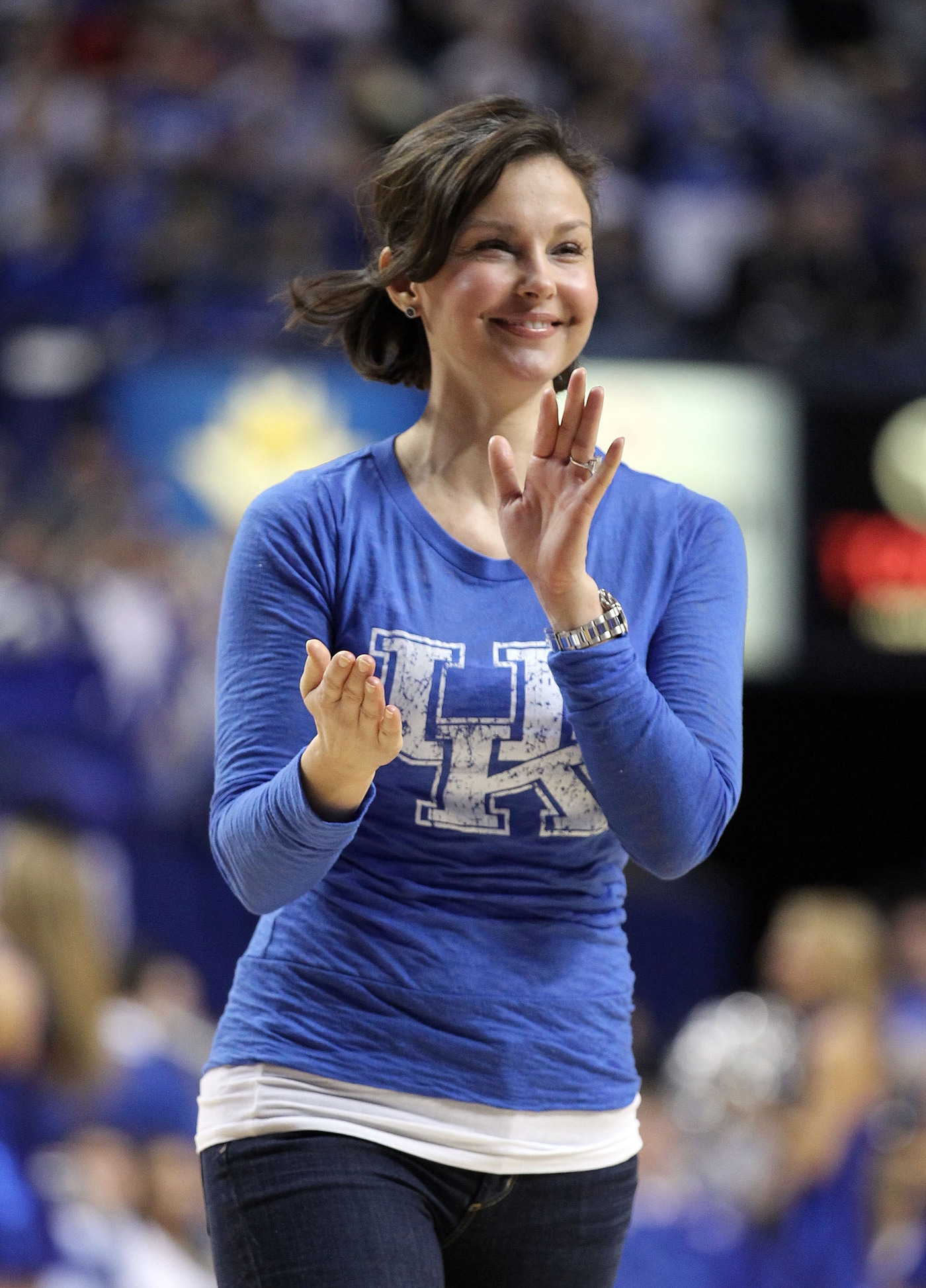 Ashley Judd acknowledges the crowd during a University of Kentucky Wildcats basketball game at Rupp Arena in Lexington, Ky., in January.

Could an actress and political activist with no electoral experience give the Senate's top Republican a race in very red Kentucky?

It would be a long shot, say political experts, even though Ashley Judd has deep roots in the state, calling herself an "at least 8th generation Eastern Kentuckian."

"I honestly would not count her out," says Daniel G. Stroup, a professor of government and law at Centre College in Danville, Ky. "I think she has qualifications other than being an actress which would speak on her behalf."

A graduate of the University of Kentucky, where Judd can often be seen in the stands during basketball games, she also earned a master's degree from Harvard University's John F. Kennedy School of Government, and has become an international activist on women's issues and AIDS prevention.

Judd is married to former NASCAR driver Dario Franchitti, now an IndyCar racer and three-time Indianapolis 500 winner. She splits her time between a farm in Tennessee and a home in her husband's native Scotland.

Stroup said running against McConnell would be an uphill battle for any Democrat. Republicans have a clear advantage in Kentucky, and McConnell is a "formidable" fundraiser with strong connections throughout the state.

"She has not just been the actress who is supporting the cause of the day and gets out on TV by taking a political stance," says Stroup. "It's an informed stand. ... I'm just not sure that it's going to be helpful publicity in Kentucky."

Kentucky's junior senator, Rand Paul — who could face Judd in 2016 were she to decide to wait on a Senate bid — went a bit further on Washington, D.C.'s WMAL radio on Wednesday.

"She's way damn too liberal for our country, for our state," Paul said. "She hates our biggest industry, which is coal. So, I say, good luck bringing the 'I hate coal' message to Kentucky."

David Canon, a professor of political science at the University of Wisconsin, Madison, and author of Actors, Athletes, and Astronauts: Political Amateurs in the United States Congress, says celebrities like Judd have instant name recognition and the ability to raise a lot of money. Those who succeed on the campaign trail also can divorce their famous identity from their political one, like onetime actor Ronald Reagan, he said.

"I don't know that the celebrity business in and of itself is going to be a problem," says Stroup. "I think her biggest obstacle is her positions."

Emma Roller is an intern on NPR's Washington Desk.