Accessibility links
Obama's Cabinet 2.0 Coming Into Focus : It's All Politics In the category of unintended consequences, Susan Rice's announcement about her future plans could mean a Republican in President Obama's inner circle, decorated Vietnam veterans overseeing the nation's military and foreign policy, and another special election for Senate in Massachusetts. 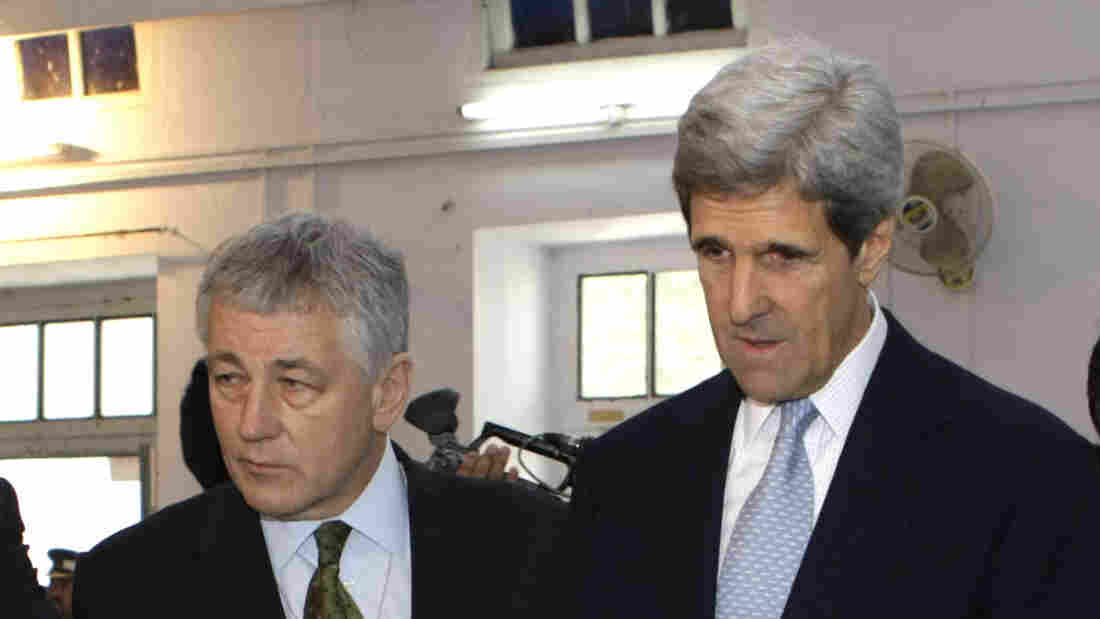 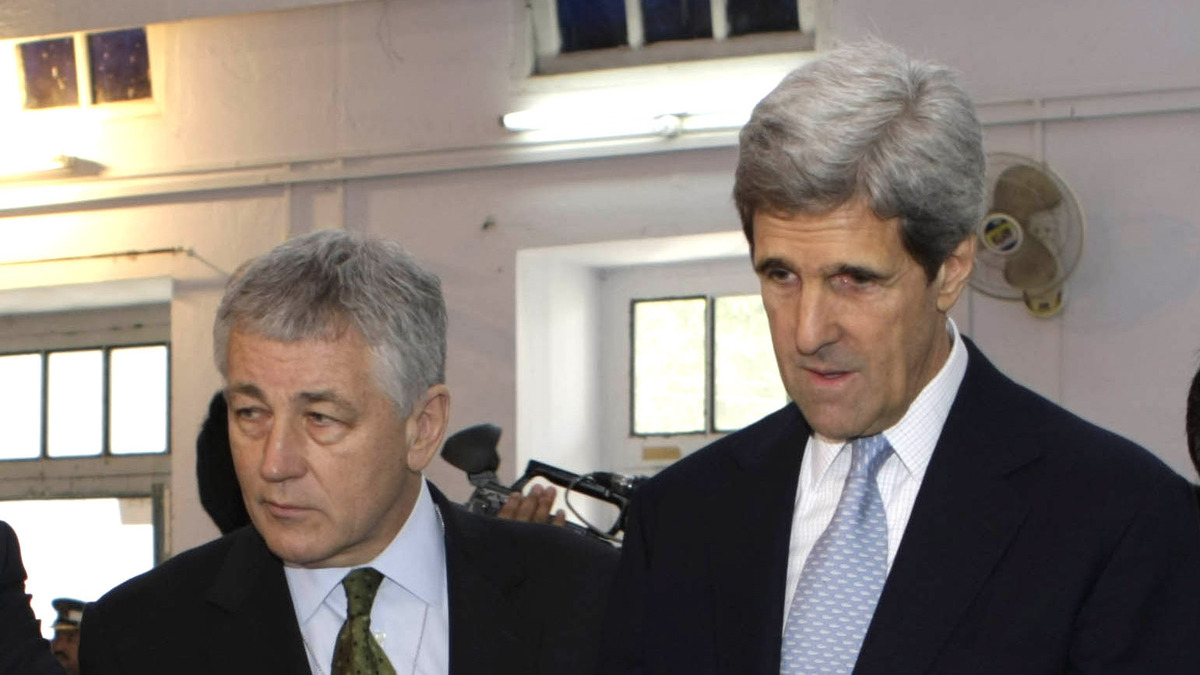 Then-Sen. Chuck Hagel, R-Neb., and Sen. John Kerry, D-Mass., observe voting in parliamentary elections in Lahore, Pakistan, in 2008. President Obama is reportedly considering Hagel as his next defense secretary, and Kerry for secretary of state.

In the category of unintended consequences, Susan Rice's announcement about her future could — under one scenario — mean a Republican in President Obama's inner circle, decorated Vietnam veterans overseeing the nation's military and its foreign policy, and another special election for Senate in Massachusetts.

Sen. John Kerry, D-Mass., is now the popular choice to succeed Hillary Clinton as secretary of state, after Rice, the U.N. ambassador, withdrew her name Thursday from consideration.

Kerry, who like Clinton once sought the presidency (in Kerry's case winning the 2004 Democratic nomination), is chairman of the Senate Foreign Relations Committee and enjoys broad and bipartisan backing in the Senate, where his nomination would need to be confirmed.

"Even if we don't agree with Sen. Kerry on some of the domestic issues, we think that he has handled foreign relations as chairman pretty good, and so I think he'd have an easy confirmation," Sen. Chuck Grassley, R-Iowa, said Thursday.

Had Rice gotten the nod to head the State Department, Kerry had been seen as a potential successor to Defense Secretary Leon Panetta.

The choice for that role now could be former Nebraska Sen. Chuck Hagel, a Republican and, like Kerry, a Vietnam veteran. In the Senate, Hagel was among the most vocal Republican critics of President George W. Bush's policies in Iraq.

"If the president aims to really create an atmosphere of bipartisanship — which is what he's been saying all along — it would serve him well perhaps to do something innovative and appoint some high-level moderate Republicans to some of these positions to really start to bring the country together," said Lori Handrahan, professor of American foreign policy at Johns Hopkins University, after Rice's announcement. "Because I think everybody's tired of the partisan bickering."

Others reportedly under consideration for the post include former top Pentagon official Michele Flournoy, who would be the first woman to run the Defense Department.

Treasury Secretary Timothy Geithner also could soon set a deadline for his stated intention to step down early in Obama's second term, perhaps after the immediate fiscal cliff negotiations have concluded. Jack Lew, the White House chief of staff, is reportedly among Obama's choices as a successor. 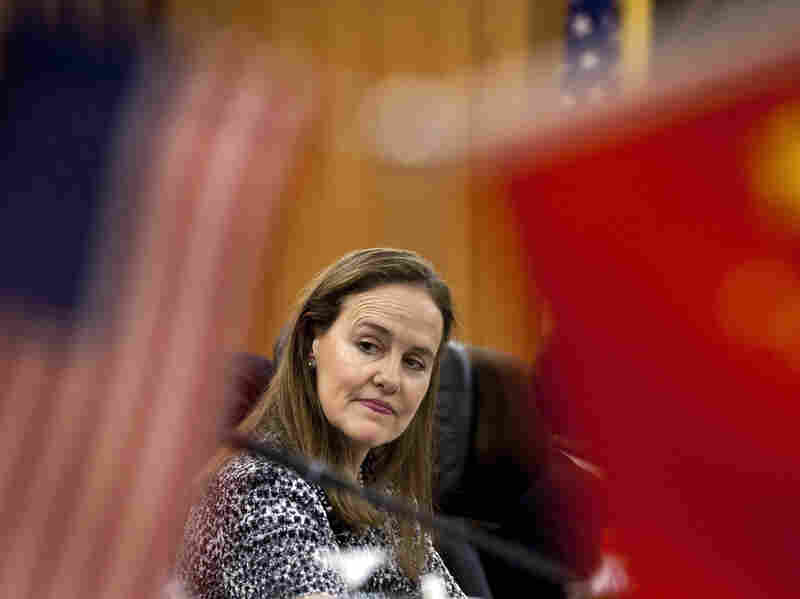 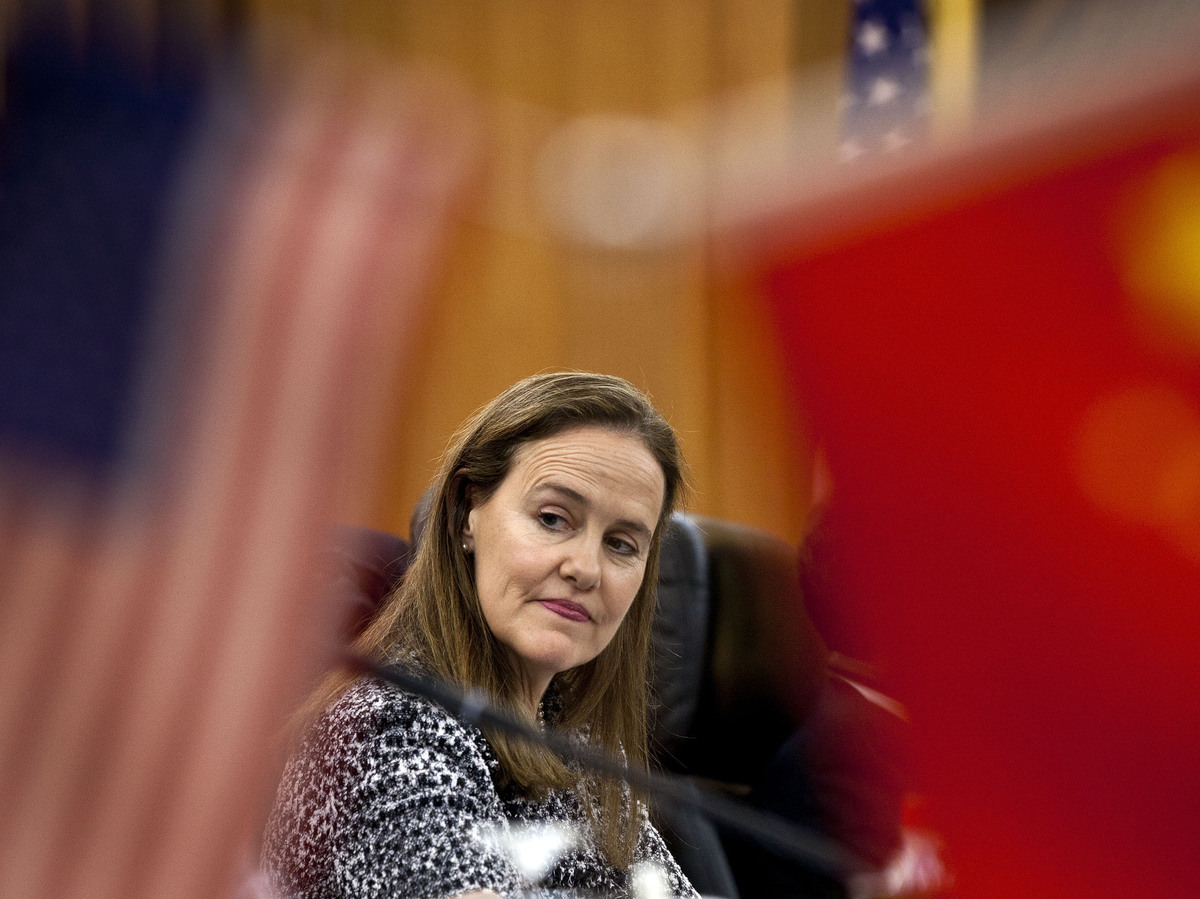 Michele Flournoy is reportedly among those President Obama is considering for defense secretary.

And at the Justice Department, Attorney General Eric Holder has said he does not intend to stay for all of Obama's second term. When he does leave, potential successors include Massachusetts Gov. Deval Patrick and Homeland Security Secretary Janet Napolitano.

Of course, choosing Napolitano would create an opening at Homeland Security. And choosing Patrick would mean further political upheaval in Massachusetts, where — should Kerry become secretary of state — it would be Patrick's job to appoint a temporary replacement and to establish a special election shortly thereafter.

The Republican candidate could well be Sen. Scott Brown, who loses his job on Jan. 3, when the newly elected Elizabeth Warren is sworn in. Brown won that Senate seat, held by the late Sen. Edward Kennedy for nearly five decades, in a 2010 special election.

Several House members from Massachusetts could compete for the Democratic nomination, including longtime congressman Ed Markey, and Reps. Michael Capuano and Stephen Lynch. The Hill noted Friday that Markey has more than $3 million cash on hand after his 2012 re-election, the third most of any House member.

But if Brown were to prevail and claim Kerry's vacated seat, he would join a rather exclusive group of American politicians who have held both of a state's Senate seats over a career. They include two current senators, Frank Lautenberg, D-N.J., and the retiring Kent Conrad, D-N.D., and historical figures like Tennessee's Andrew Jackson, Kentucky's Henry Clay, Minnesota's Hubert Humprey and Arizona's Barry Goldwater.

And another bit of trivia: If Kerry becomes secretary of state, he'd be the first white male to hold the post in 16 years, following the tenures of Madeleine Albright, Colin Powell, Condoleezza Rice and Hillary Clinton.