Accessibility links
Obama Remembers 'Beautiful Little Kids,' Calls For 'Meaningful Action' : It's All Politics Horrible acts of violence have forced President Obama to speak to a shocked nation after several mass shootings — at a shopping center in Arizona, a Colorado movie theater, a Sikh Temple in Wisconsin and, on Friday, a Connecticut elementary school. He said something must be done "regardless of the politics." 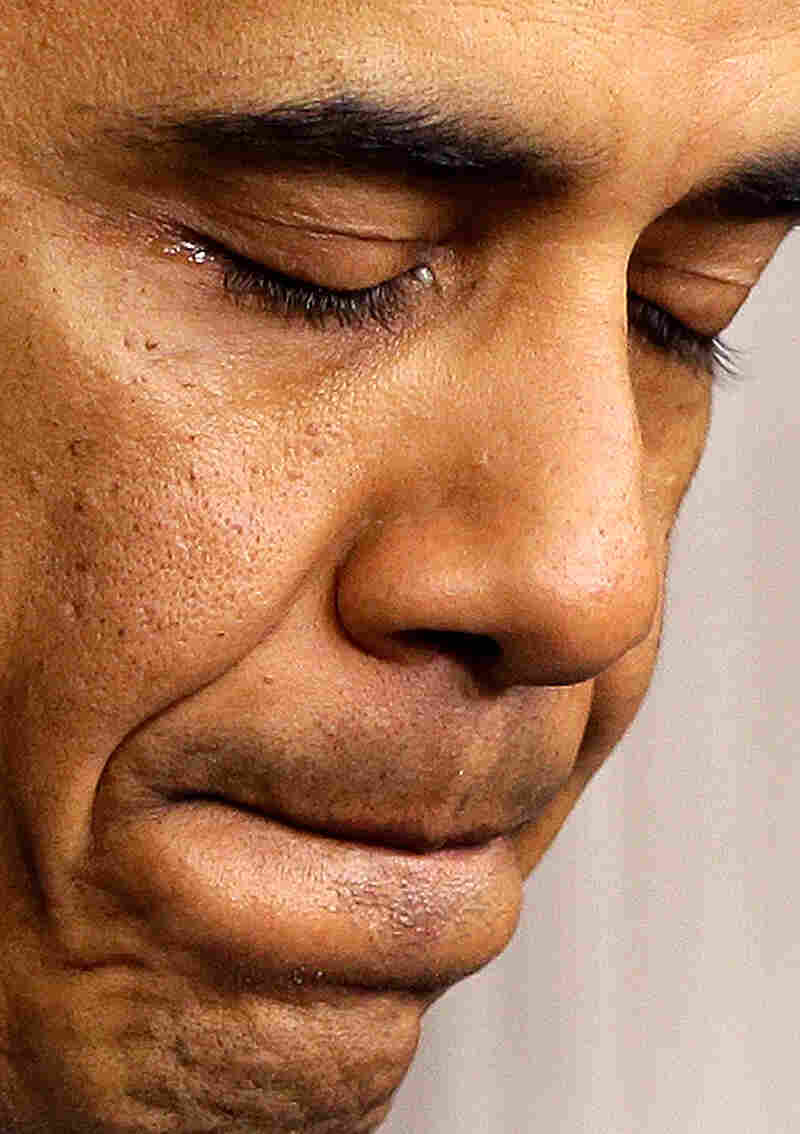 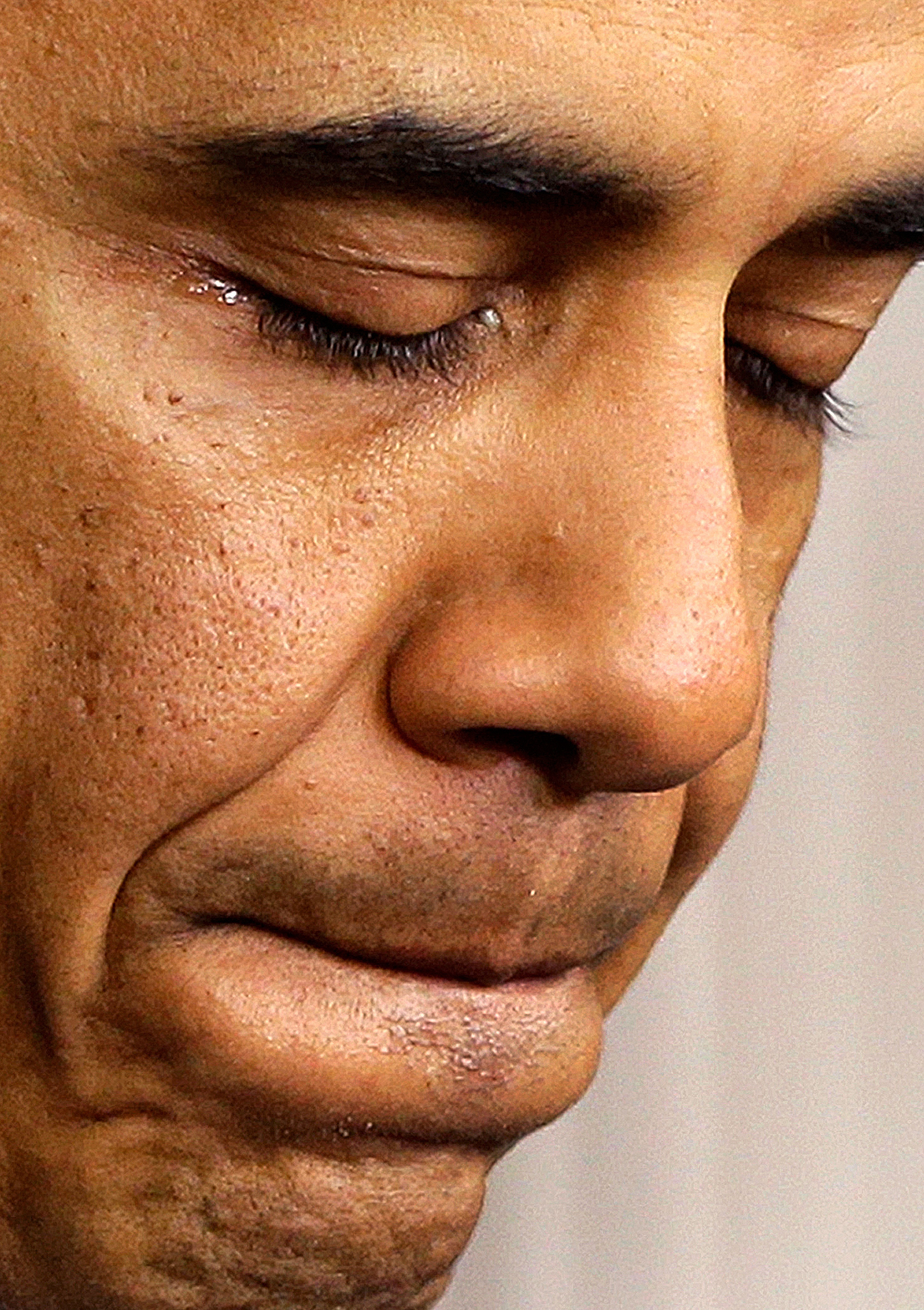 President Obama pauses as he speaks at the White House about Friday's school shooting in Newtown, Conn.

Horrible acts of violence have forced President Obama to speak to a shocked nation after several mass shootings — at a shopping center in Arizona, a Colorado movie theater, a Sikh temple in Wisconsin and, on Friday, a Connecticut elementary school.

Each time his sadness has been readily visible, mirroring the feelings of millions of Americans.

On Friday, with the national sense of shock perhaps greater than ever because of the ages and number of the victims, the president paused more than once as he sought to compose himself. At times, he appeared to wipe tears from the corner of an eye.

The president told the nation:

"The majority of those who died today were children — beautiful little kids between the ages of 5 and 10 years old. They had their entire lives ahead of them — birthdays, graduations, weddings, kids of their own. Among the fallen were also teachers — men and women who devoted their lives to helping our children fulfill their dreams.

"So our hearts are broken today — for the parents and grandparents, sisters and brothers of these little children, and for the families of the adults who were lost. ..."

In his initial reaction to this latest tragedy, the president made more of a glancing pass at doing something to counter the sort of violence that occurred Friday than he had in initial statements after other shootings.

"As a country, we have been through this too many times. Whether it's an elementary school in Newtown, or a shopping mall in Oregon, or a temple in Wisconsin, or a movie theater in Aurora, or a street corner in Chicago — these neighborhoods are our neighborhoods, and these children are our children. And we're going to have to come together and take meaningful action to prevent more tragedies like this, regardless of the politics."

Whether that meant placing gun control on his second-term agenda, it's too soon to say for sure. But the remark about taking "meaningful action" stood in contrast to what he has said in his initial response to earlier shootings.

Friday's statement contained an echo of Obama's speech at the memorial service for the victims of the Tucson shootings, at which then-Rep. Gabrielle Giffords was severely wounded and six people were killed, including a grade-schooler.

In the Tucson speech, Obama spoke lovingly about each of the victims, and many listeners were especially moved when he spoke of 9-year-old Christina Taylor Green — born on Sept. 11, 2001 — and bemoaned how her life was cut short before she had any chance to fulfill her promise.

Alan Greenblatt contributed to this report.