Accessibility links
House Backs Off Boehner's 'Plan B' : It's All Politics House Speaker John Boehner said the bill, which would have raised taxes on income above $1 million a year, did not have enough support to pass Thursday. In a statement, he said, "now it is up to the president to work with Senator Reid on legislation to avert the fiscal cliff."

House Backs Off Boehner's 'Plan B'

House Backs Off Boehner's 'Plan B' 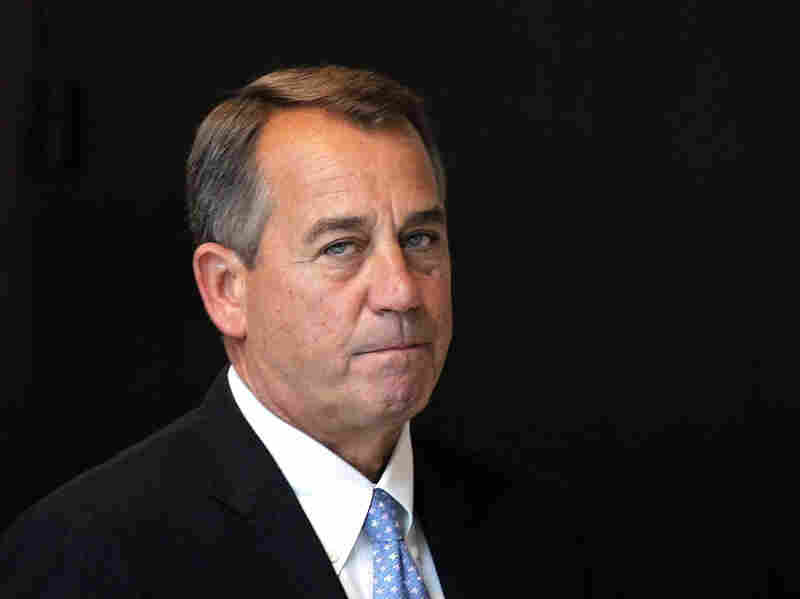 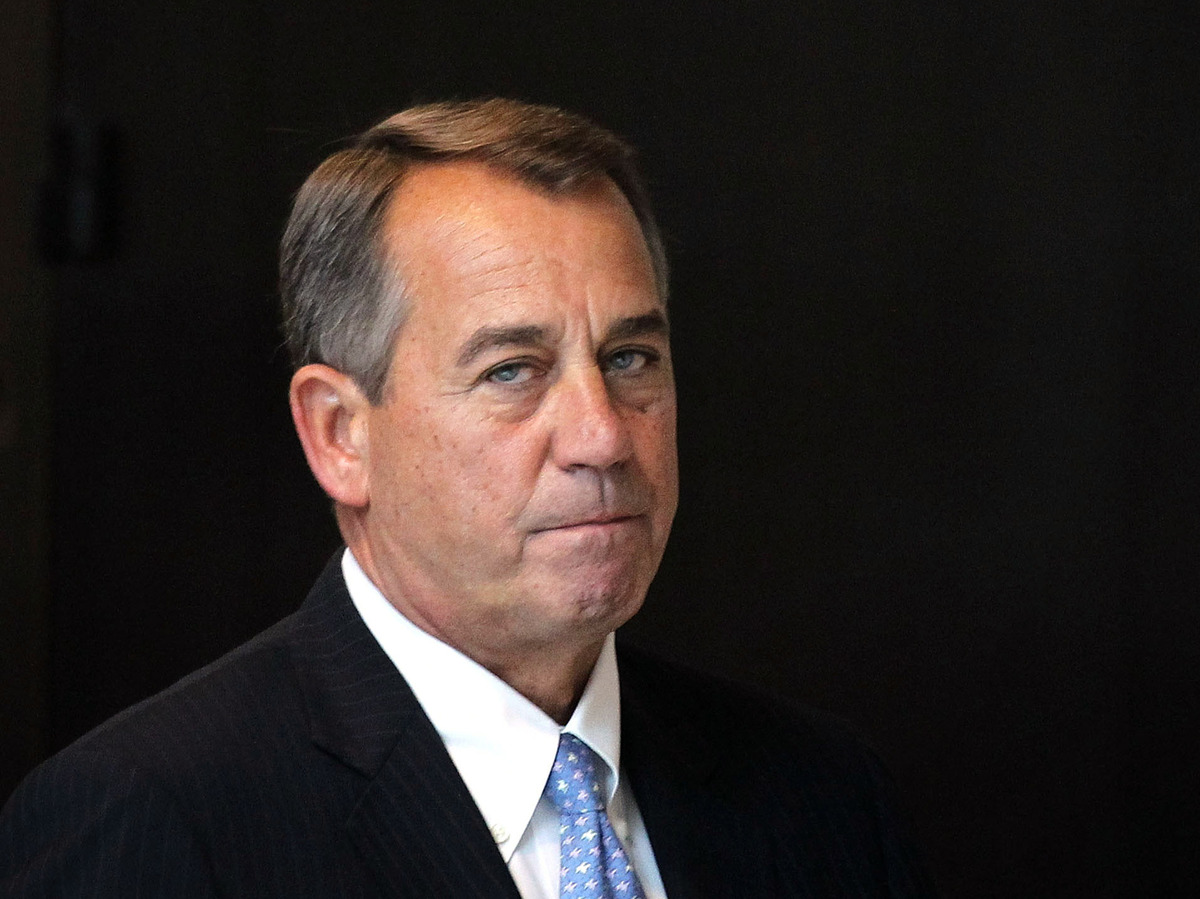 House Speaker John Boehner (R-OH) arrives on Capitol Hill Thursday. The House has postponed an expected vote on the tax portion of the fiscal cliff cuts.

The House has backed off a vote on Speaker John Boehner's "Plan B" bill, which deals with the tax portion of the fiscal cliff.

After passing a measure to thwart automatic cuts on defense spending, the House abruptly went into recess, which NPR's Tamara Keith notes was a signal that the Republicans did not have enough votes to pass the tax measure.

Boehner released a statement on the vote Thursday night:

"The House did not take up the tax measure today because it did not have sufficient support from our members to pass. Now it is up to the president to work with Senator Reid on legislation to avert the fiscal cliff. The House has already passed legislation to stop all of the January 1 tax rate increases and replace the sequester with responsible spending cuts that will begin to address our nation's crippling debt. The Senate must now act."

Keith tells our Newscast Desk that the move throws the talks about the looming tax hikes and spending cuts into uncertain territory. She reports:

"The bill was supposed to give the speaker leverage in negotiations with the president. Instead, he pulled it without a vote, saying it didn't have sufficient support from his fellow Republicans to pass. The bill would have extended tax cuts for income up to $1 million. But it also would have effectively raised taxes on millionaires, which made some conservatives uncomfortable."

Republican Tim Huelskamp from Kansas was among the members who had said he would vote no. He tells Keith:

"This is not Republican material, and I think that's probably why they wisely pulled the plug and [said], 'OK, let's regroup.' "

The House speaker's measure was already in trouble before the move to pull the bill. President Obama has threatened a veto and it stands little chance of being considered in the Democratic-controlled Senate.

Without a deal, the income tax rates rise for virtually all Americans on Jan. 1, as do the estate tax and tax on dividends and capital gains. And on Jan. 2, the so-called sequestration begins, mandating $109 billion in spending cuts for 2013, with half from the Pentagon budget and half from other discretionary spending.

The "Plan B" bill would allow rates to rise on the nation's highest-income earners to 39.6 percent from 35 percent, for income over $1 million annually, and would increase capital-gains and dividend tax rates to 20 percent from 15 percent for those same taxpayers.

White House spokesman Jay Carney earlier Thursday called the bill "an exercise in Republican vote counting that will not result in anything for the American people." The measure also is opposed by conservative groups Club for Growth, Heritage Action and Freedom Works, which want deeper spending cuts and no tax increases.

Boehner did get a measure of cover from the anti-tax activist Grover Norquist and his Americans for Tax Reform group, which has secured a no-new-taxes promise from most GOP members. The group announced that it "will not consider a vote for this measure a violation of the Taxpayer Protection Pledge."

Even so, the support needed to pass Thursday was not there.

President Obama said throughout his re-election campaign that the expiring Bush-era tax cuts should be allowed to lapse for income of $250,000 or above, but he offered to raise that to $400,000 in recent behind-the-scenes talks with Boehner.