Accessibility links
Conservatives Invoke NAACP Case In Fight For Secret Donors : It's All Politics As a new class of million-dollar political donors rises, conservatives are fighting for continued secrecy around their contributions. Strategist Karl Rove is citing a 1950s Supreme Court case that protected NAACP members, arguing that conservative donors are also being subjected to intimidation. 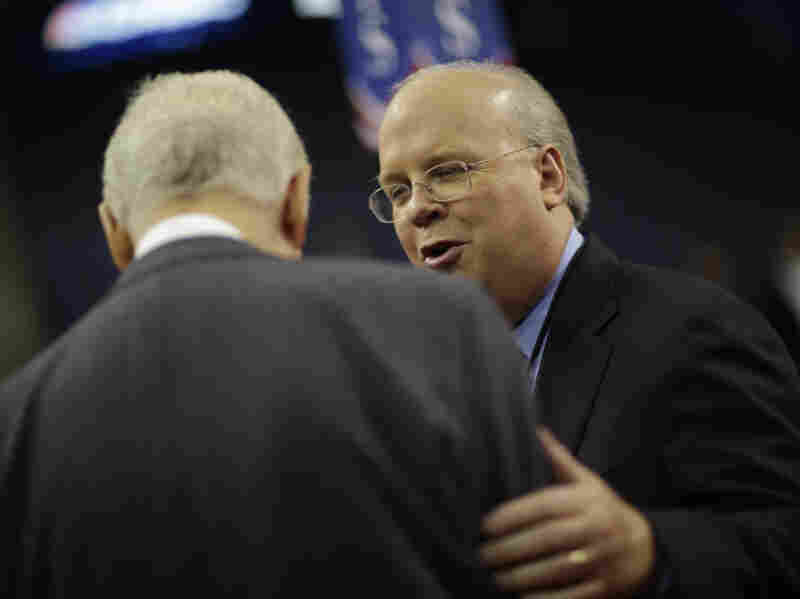 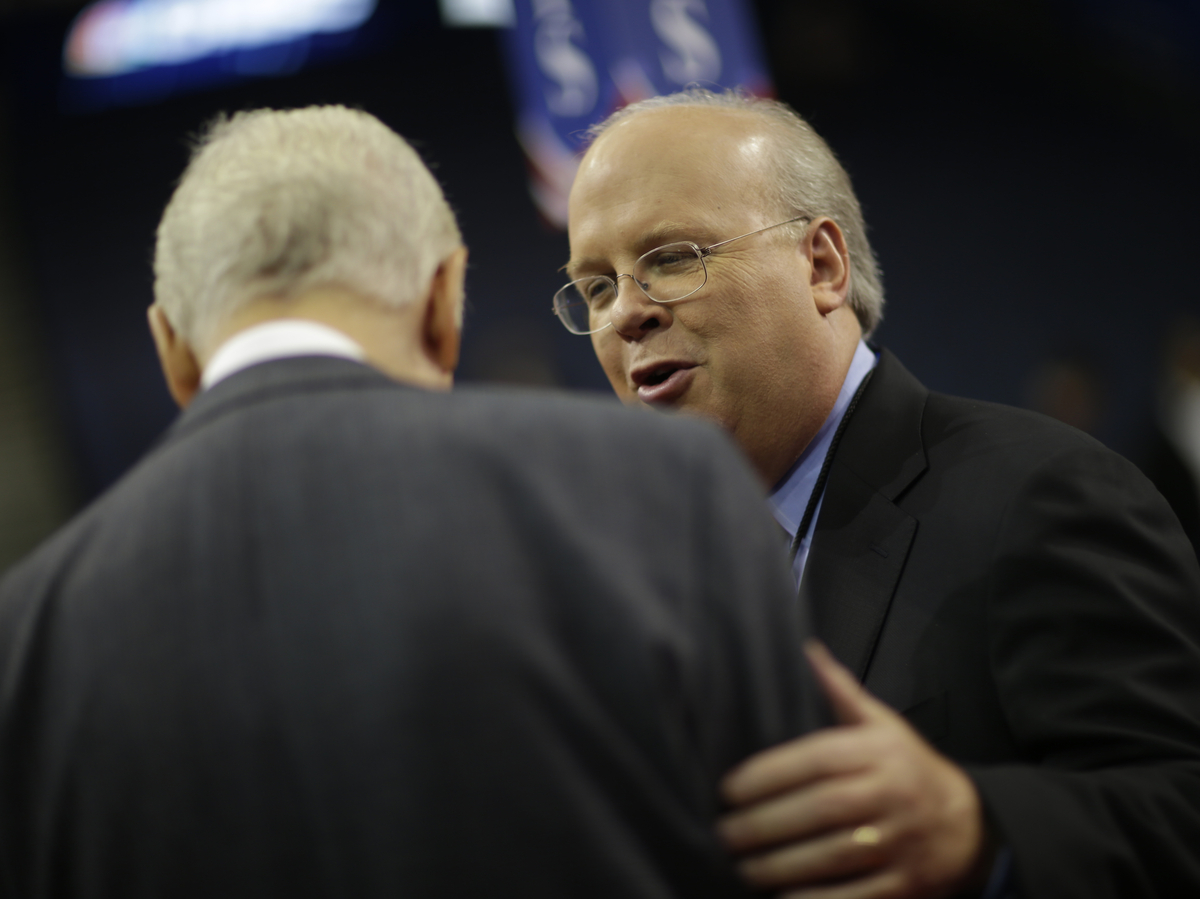 Republican strategist Karl Rove, shown at the Republican National Convention in August, is arguing for continued secrecy for the new class of million-dollar political donors.

Here's a question: What do Republican strategist Karl Rove and civil rights icon Rosa Parks have in common?

The answer: a landmark Supreme Court ruling from 1958 protecting the First Amendment rights of dissident groups.

The case is rooted in the Montgomery bus boycott initiated by Parks in 1955. And it's likely to loom large in 2013 as Rove and other conservatives demand continued secrecy for the new class of million-dollar political donors.

A Wave Of Secret Money

This election year, secret money played a bigger role than in any other presidential campaign since Richard Nixon's. The nonpartisan Sunlight Foundation says secretly funded groups spent well over $200 million. And four-fifths of it helped Republicans.

So it's not surprising that conservatives want to keep donors' identities secret. They say it's essential to safeguard donors from harassment and intimidation.

In a major speech this year, he brought up the plight of a million-dollar donor to a superPAC supporting Republican presidential candidate Mitt Romney.

"People were digging through his divorce records, cable television hosts were going after him on the air, and bloggers were harassing his kids," McConnell said.

Rove, whose group Crossroads GPS was a leader in the secret fundraising, says disclosure advocates have a hidden agenda.

"They want to intimidate people into not giving to ... these conservative efforts," he said on Fox News.

And here is where Rove and Parks cross paths: In defending secret money, Rove invokes that Supreme Court case, NAACP v. Alabama. He lines up Crossroads GPS on the same side as Parks and the NAACP, and he says the transparency advocates make the same argument as the segregationists.

"I think it's shameful," Rove said. "I think it's a sign of their fear of democracy. And it's interesting that they have antecedents, and the antecedents are a bunch of segregationist attorney generals trying to shut down the NAACP."

"You look at the kind of intimidation and harassment that has occurred in the past year or two towards conservative political donors, and it makes you realize that the Supreme Court got it right," von Spakovsky says.

But the question is whether the two situations are similar.

A few months after the bus boycott began, Parks told Pacifica Radio how she had refused to give up her seat on the bus: "The time had just come when I had been pushed as far as I could stand to be pushed, I suppose," she said. "They placed me under arrest."

That was just the beginning. As the boycott grew, Montgomery law enforcement brought charges against Martin Luther King Jr. and other leaders. Arsonists firebombed their homes and churches. Across the state, rioters blocked an NAACP bid to desegregate the University of Alabama. A mob chased the one African-American student, chanting, "Let's kill her."

The university acted. It suspended the black student — and then expelled her.

Meanwhile, state Attorney General John Patterson subpoenaed the NAACP's membership records in Alabama. "The NAACP is the biggest enemy that the people of this state have," he said.

When the case finally reached the Supreme Court, the justices ruled in favor of the NAACP. They said the group faced attacks — both from government officials and from law-breakers — and that revealing its members would endanger their First Amendment rights.

"One of the reasons why the NAACP required special protections at that time [is] they were a minority group that law enforcement couldn't or wouldn't protect," says Dale Ho, a lawyer at the NAACP Legal Defense Fund.

He says conservatives are creating a "false symmetry" between those civil rights activists and today's millionaire donors. "In none of these recent cases that I'm aware of in the past five years has anyone ever alleged that law enforcement couldn't protect them adequately," Ho says.

A Right To Secrecy?

At the University of Chicago Law School, constitutional scholar Geoffrey Stone scoffs at the conservative argument, calling its proponents "a bunch of overly sensitive, thin-skinned billionaires who want to be able to have profound influence on the political process without being in any way accountable."

In the years since the NAACP v. Alabama decision, courts have never extended it to cover donors in the usual conservative-liberal, Republican-Democratic debates.

A related case did go to the Supreme Court in 2010. Challenging a state disclosure law, it sought to withhold the names of people who had petitioned against gay marriage.

The court said they had no right to secrecy. Justice Antonin Scalia was scathing: "Running a democracy takes a certain amount of civic courage. And the First Amendment does not protect you from criticism or even nasty phone calls."

"I don't think that a constitutional right like freedom of association should depend on how much money you have," he says.

It's an argument that seems sure to stir passionate debate this coming year as the disclosure battles take shape in Congress and the courts.