Accessibility links
Is The Party Over For The Tea Party? : It's All Politics All large classes elected to Congress want to change Washington. The Tea Party has found that there are all kinds of tripwires built into the American system of checks and balances that prevent newcomers from quickly remaking the political culture into their own image.

Is The Party Over For The Tea Party?

Is The Party Over For The Tea Party? 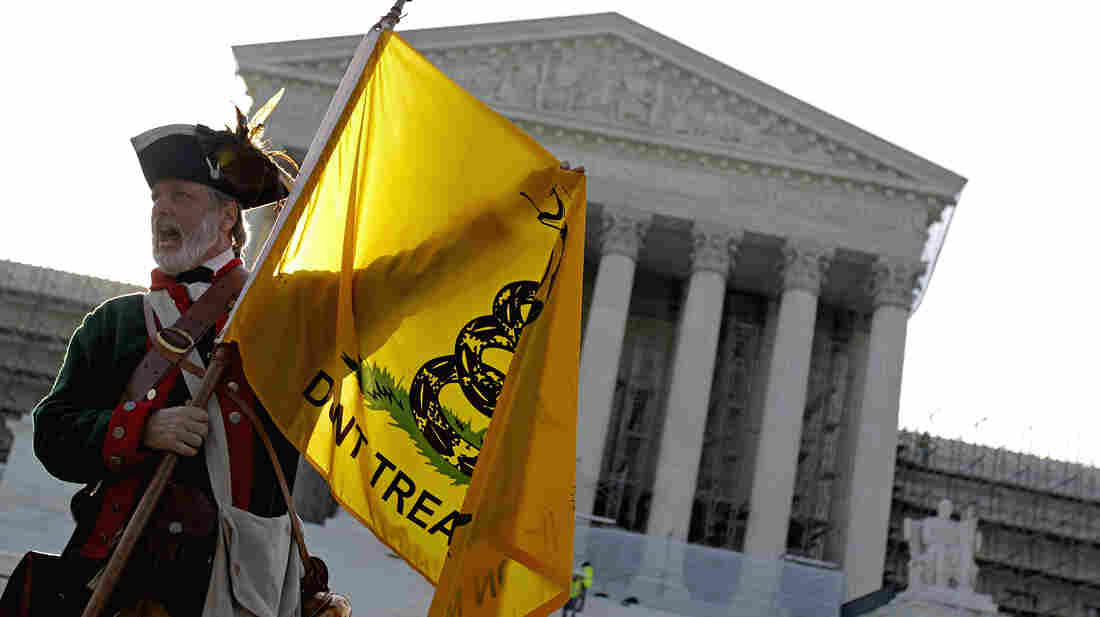 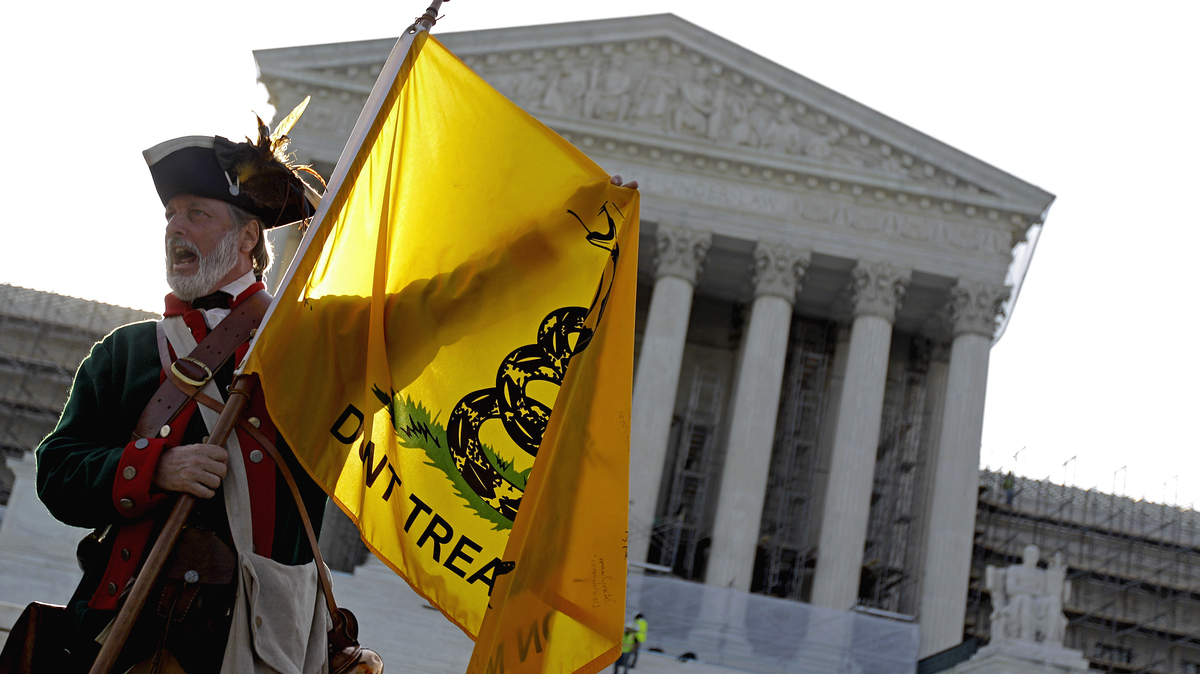 It's a little bit early, but the Tea Party is hitting its sophomore slump.

A few of the prominent members of Congress elected as part of the Tea Party wave in 2010 lost their seats in November. With the end-of-year budget negotiations going nowhere, the Tea Party has been described variously as standing on the sidelines and losing its clout.

"We could end up with taxes going up for everybody and Republicans getting the blame, which from the standpoint of the Tea Party is the worst of all possible outcomes," says Jack Pitney, a government professor at Claremont McKenna College in California.

One group closely aligned with the Tea Party, FreedomWorks, suffered a near-meltdown this summer, with a power struggle leading to the ouster of its chair, Dick Armey, a former House majority leader.

Putting aside the difficulties of the present moment, members of Congress associated with the Tea Party face a larger question. Like other large classes elected in the past, they're finding that it's easier to talk about changing Washington than actually doing it.

In the coming year, the returning members will have to decide whether they want to continue practicing a politics of purity, advocating strong and unyielding positions, or accept that governance generally requires a good deal of compromise.

"Being part of a governing majority is recognizing that you often have to settle for an imperfect outcome," Pitney says. 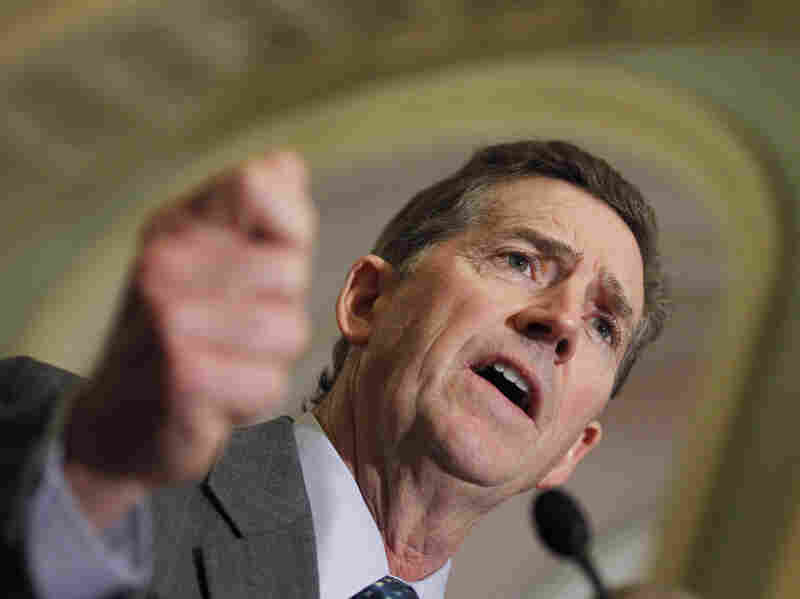 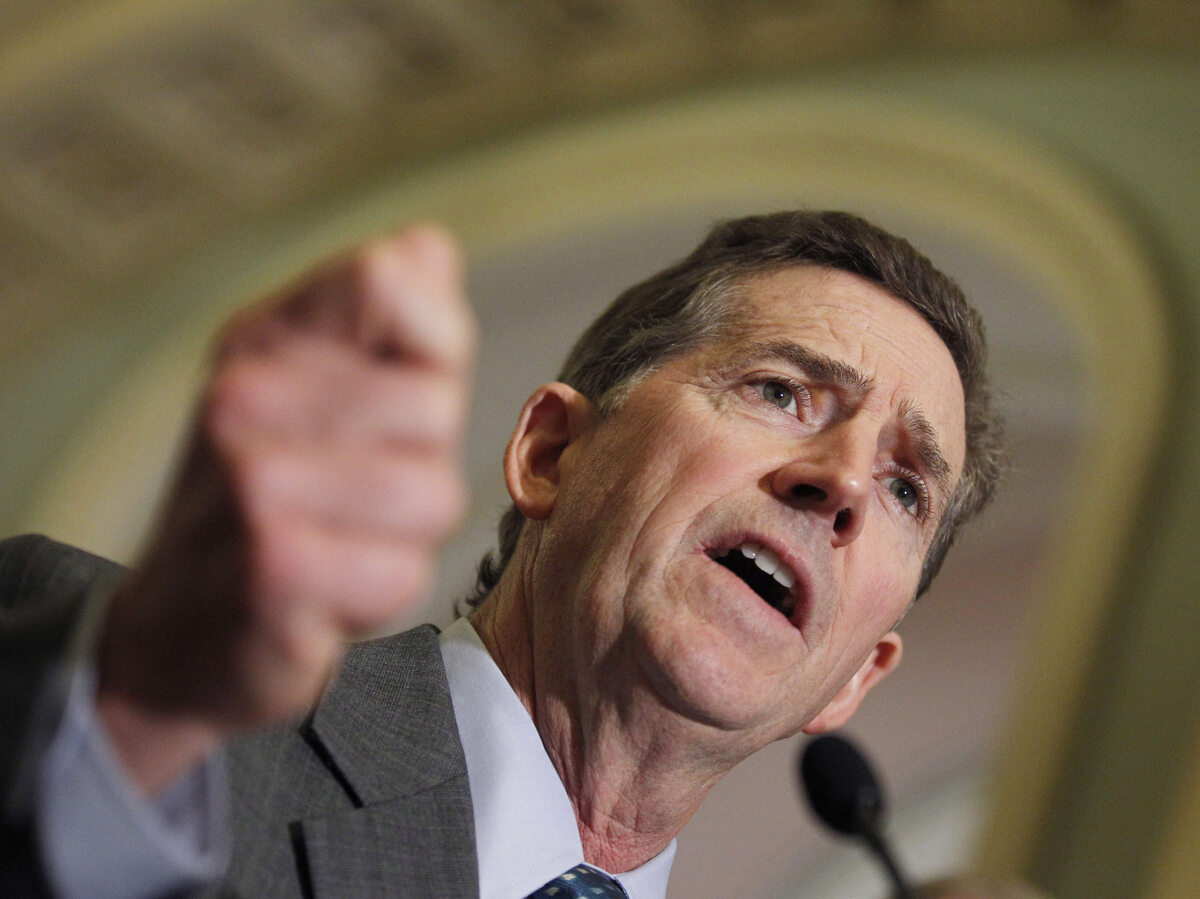 South Carolina's Jim DeMint announced earlier this month that he will resign his U.S. Senate seat to run the conservative Heritage Foundation.

South Carolina GOP Sen. Jim DeMint, one of the brightest lights associated with the Tea Party, opted to play a more purely advocacy role earlier this month, giving up his seat to run the conservative Heritage Foundation.

DeMint once said he'd rather be part of a minority of "rock-ribbed conservatives" in the Senate than a mushier majority. Some political observers and even Republican senators have said DeMint's wish was his command, with his support of ideologically pure primary candidates who lost winnable seats helping cost the GOP its chances for Senate majorities in both 2010 and 2012.

Such support of staunch conservatives has been good for the party, argues Barney Keller, spokesman for the Club for Growth, a fiscally conservative group that has also played a prominent role in GOP primary battles.

He notes that DeMint stood nearly alone when he first came to the Senate, but his ideological banner has since been taken up by a number of free-market-oriented senators. "We view the election of the next generation of Jim DeMints as of paramount importance to the future of the country," Keller says.

Each of the large classes elected to Congress in recent decades has come to Washington with some message of renewed purity, from the "Watergate babies" of 1974 through the Republicans elected on Ronald Reagan's coattails in 1980 to the "Republican revolution" that took over Congress in 1994.

"The liberals who came in after the 1974 elections, they weren't for compromise, either," says Donald Ritchie, the Senate's official historian.

All these large classes were elected in reaction to something, usually the perceived failures of a president. That was certainly the case in 2010, when the GOP was able to take advantage of unhappiness about President Obama's handling of the economy and his health care law.

But all of them found that there's a great difference between being on the outside and complaining about government's failures to becoming part of the government and coming up with workable solutions. That was certainly the case with the Class of 1994, which paid a political price for insisting on a budget approach that led to a government shutdown at the end of its first year in power.

The Tea Party has found that there are all kinds of tripwires built into the American system of checks and balances that prevent newcomers from quickly remaking the political culture into their own image.

"The Tea Party has definitely peaked," says Linda Killian, a senior scholar at the Wilson Center. "It was successful in motivating Republicans to move to the right to get themselves nominated, but when it comes to governing it's an entirely different matter."

Even Republicans more sympathetic to their Tea Party brethren say they are still in the process of finding that it takes time to translate principles into policy — particularly when an ideological enemy has just been re-elected to the presidency.

"Republicans have had a problem for 20 years with that, moving from advocacy to governance," says Lewis Gould, a historian of the GOP. "They have some questions about whether they're willing to make the compromises, the choices and accept the imperfect nature of the government, or are they always to want to have the perfection of advocacy."

Several departing Republicans have decried the no-compromise style of their younger colleagues in recent weeks, "a bunch of extremists that can't even get a majority of our own people to support the policies we're putting forward," as retiring Rep. Steve LaTourette of Ohio put it after the abortive House vote on a tax proposal last week.

"Too often in recent years, members of Congress have locked themselves into a slate of inflexible positions, many of which have no hope of being implemented in a divided government," Indiana Sen. Richard Lugar said in his farewell address this month. "It is possible to be re-elected and gain prominence in the Senate while giving very little thought to governance."

Lugar lost his bid for re-election this year when he was defeated in the GOP primary by Richard Mourdock, a Tea Party favorite who went on to lose in November. Lugar's defeat has been taken as yet another sign that Republicans have to worry about political challenges in primaries if they deign to compromise.

"Pure parties are minority parties," says Bill Connelly, a political scientist at Washington and Lee University in Virginia. "If the Tea Party stalwarts want to continue to nominate the Mourdocks instead of the Lugars, they'll remain a pure, minority party."

For political parties, winning elections is the most important possible outcome. But it's not always what advocacy groups such as the Club for Growth (or its counterparts on the left) care most about.

They may want to promote ideas that they believe can and should prevail over the long term, rather than cutting corners to win immediate electoral victories.

"The role of the club is to be uncompromising on these issues," Keller says. "The No. 1 thing that motivates members of Congress, more than anything, is the fear of losing their jobs, and that's where our PAC and superPAC come in."

While it's true that the role of advocacy and research groups such as FreedomWorks, the Club for Growth and the Heritage Foundation is to push as strong a position as possible, it's up to members of Congress to sort through the various opinions that are out there and come up with legislation that can appeal, given divided control, to a majority of both parties.

That's a tall order these days, and not just for the Tea Party. But an aversion to deal-making and a desire to reshape Washington are part of the movement's DNA.

The relative newness of the Tea Party, combined with its generally skeptical attitude toward government, has made the usual challenges of turning reaction against existing policies into a passable agenda that much more difficult.