Accessibility links
Democratic Leader Pelosi to GOP Colleagues: 'Take Back Your Party' : It's All Politics In an interview with NPR, Pelosi said the GOP has "made enormous contributions to the success of our country." But she added: "There are many members in the Republican caucus who do not believe in government. And bless their hearts, they act upon their beliefs." 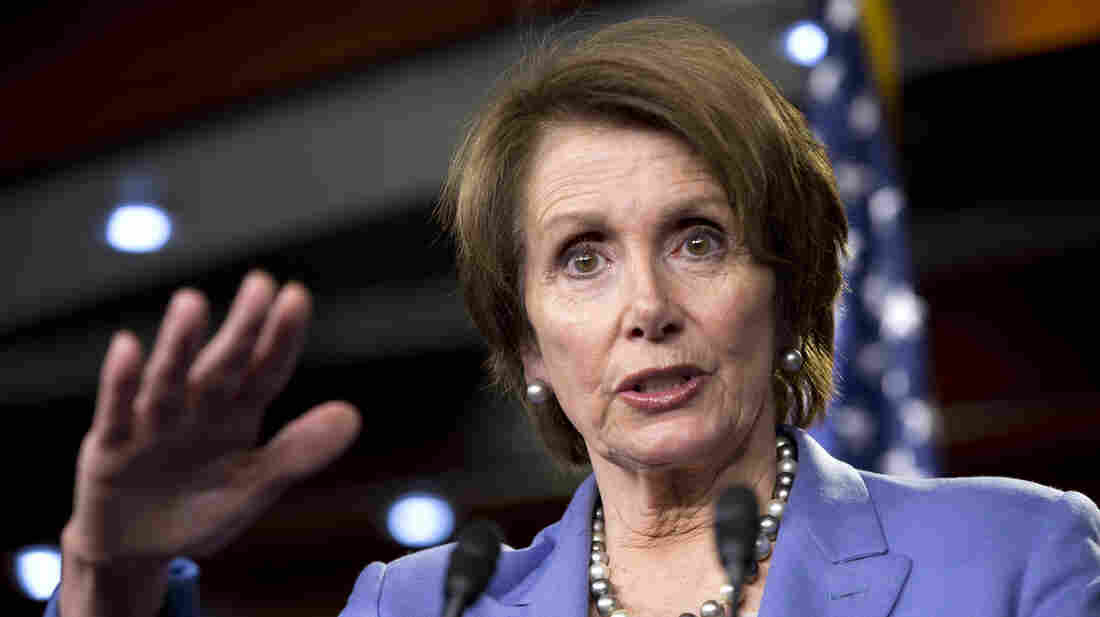 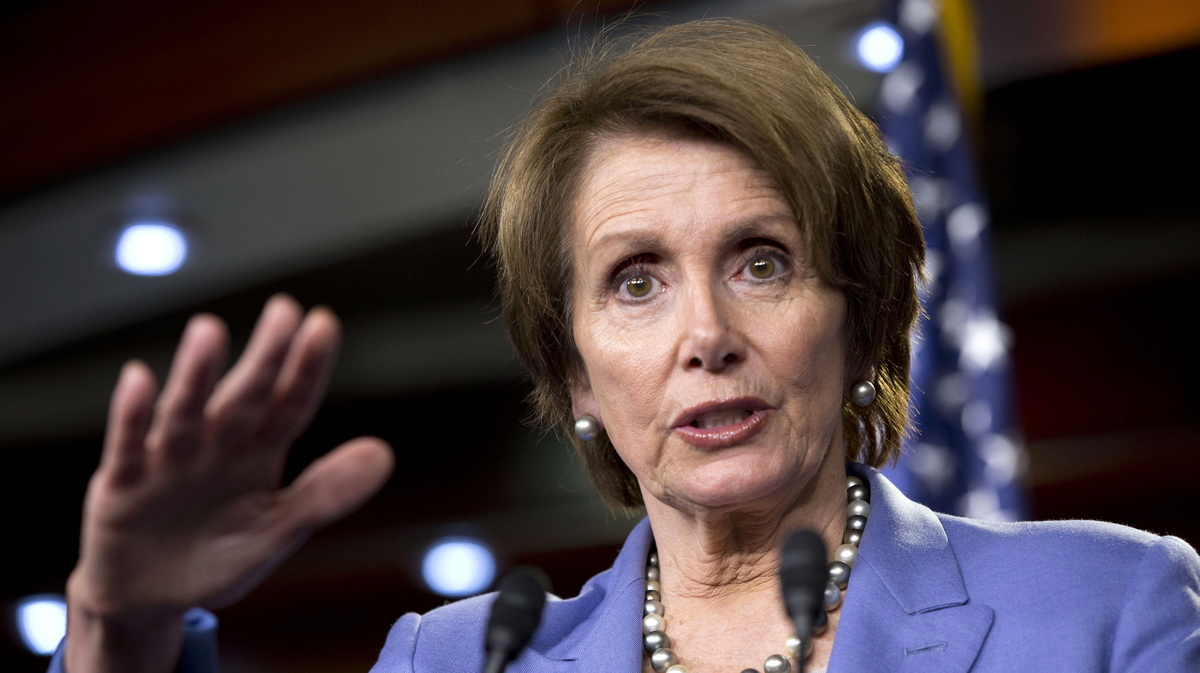 House Democratic leader Nancy Pelosi says she has urged Republican colleagues in Congress to "take back your party" from "anti-government ideologues" in their ranks.

"As I view the Republicans in Congress, I don't see them as a real reflection of many Republicans in our country," Pelosi said in an interview Wednesday with NPR's Steve Inskeep on Capitol Hill. "The Republican Party is the Grand Old Party. It's made enormous contributions to the success of our country. And it is a party that has embraced its leadership role when it has had the majority or the White House. ... While we may argue about the size of government, the Republican Party has not been a party that says, 'I want to destroy government.' "

In the interview, Pelosi continued:

"There are many members in the Republican caucus who do not believe in government. And bless their hearts, they act upon their beliefs. So day to day, we vote here on issues that eliminate government initiatives for clean air, clean water, food safety, public safety, public education, public transportation, public housing, public health, Medicare, Medicaid, Social Security.

Pelosi, a California Democrat and former speaker, refused to comment directly on the job being done by Speaker John Boehner, R-Ohio. But she said the legislation passed Tuesday in the House to avert the "fiscal cliff" — supported by Pelosi, most Democrats, Boehner, and just a minority of other House Republicans — "decoupled the ... hostage-taking on the part of the Republicans of, unless you give tax cuts to the rich, we're not giving tax cuts to the middle class. That's over now."

"It's really sad. Because that's not who the Republican Party is. I tell them, 'Take back your party.' This is a great party. The country needs more than one-party dominance, as much as I believe the Democratic Party is the party for the middle class. ... We need to have a marketplace of ideas."