Accessibility links
Former Sen. Scott Brown May Be Eyeing Quick Return To Washington : It's All Politics The Massachusetts Republican left Congress this week after losing in a contentious race to Democrat Elizabeth Warren. But if John Kerry is confirmed as the next secretary of state, Scott Brown could be back on the campaign trail in weeks. 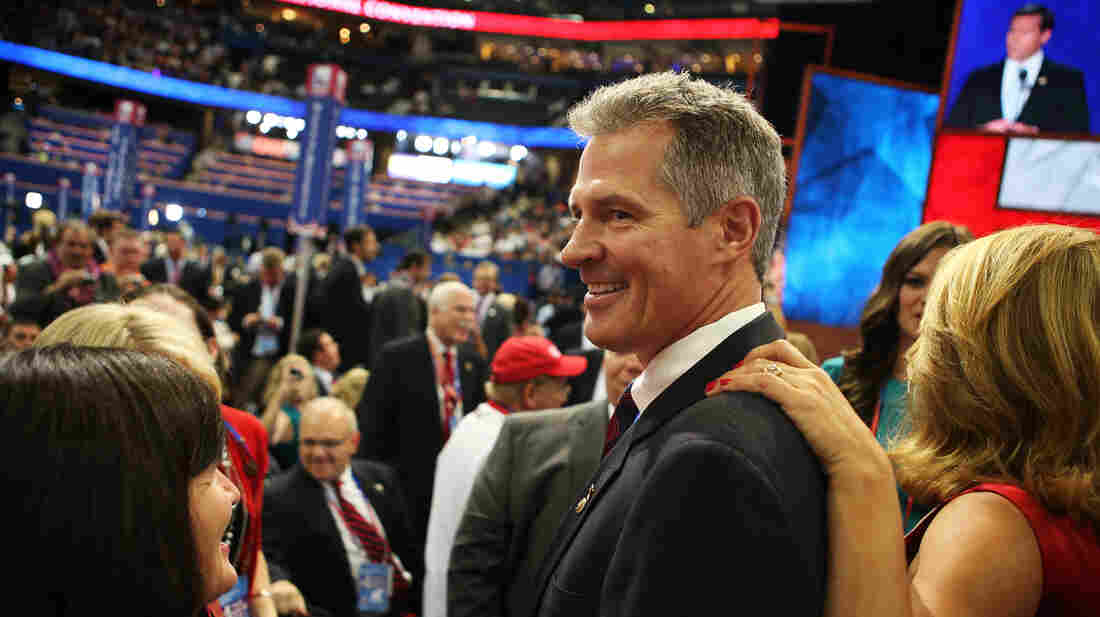 Sen. Scott Brown, R-Mass., attends the Republican National Convention in Tampa, Fla., on Aug. 30. Scott lost his re-election bid, but could be running for office again in a matter of weeks. Chip Somodevilla/Getty Images hide caption 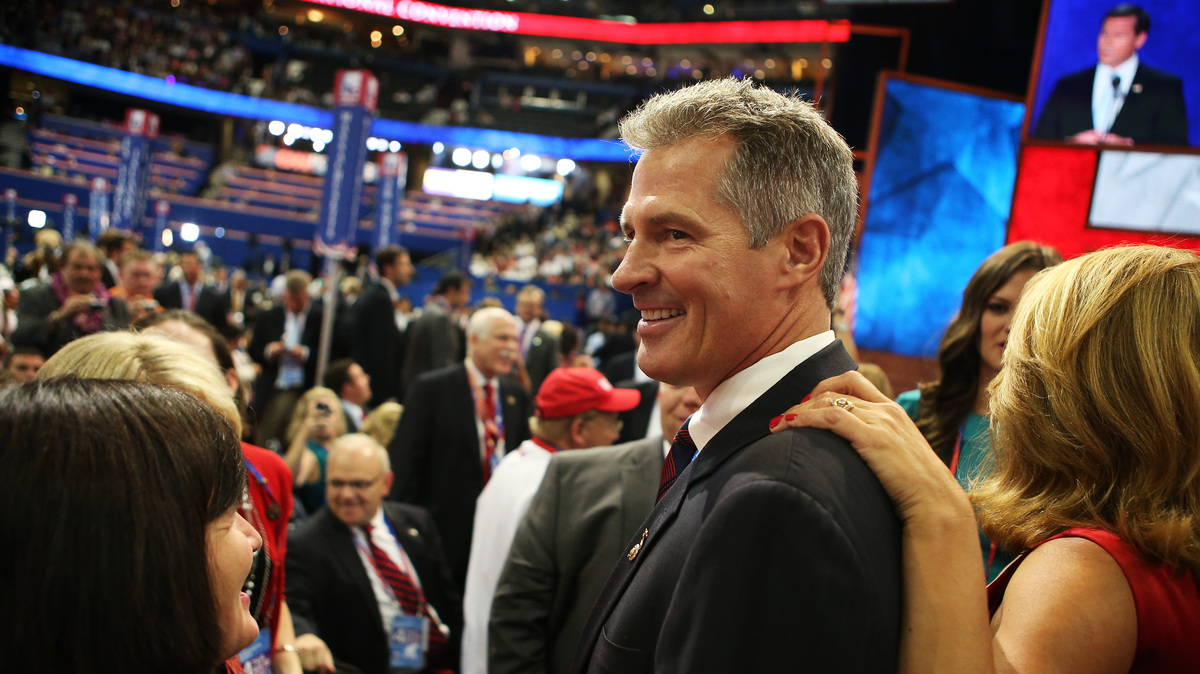 Sen. Scott Brown, R-Mass., attends the Republican National Convention in Tampa, Fla., on Aug. 30. Scott lost his re-election bid, but could be running for office again in a matter of weeks.

Among the new members of Congress sworn in this week was Sen. Elizabeth Warren. And within days, the Massachusetts Democrat could become her state's senior senator.

That's because 28-year incumbent Sen. John Kerry is expected to be confirmed soon as secretary of state.

And replacing him later this year after a special election could be the very senator whom Warren unseated: Republican Scott Brown. For Brown, it would be an unusual second chance.

"Do-overs in the space of a couple of months are rare," said Jeff Berry, a political scientist at Tufts University, which is also where Brown attended college.

Berry says it's clear that Brown is well aware of his unique opportunity.

Just two months ago, Brown lost a contentious race to Warren, the most expensive Senate race in American history. But Brown was extremely gracious and almost shrugged off the loss as a bump in the road.

"There are no obstacles you can't overcome, and defeat is only temporary," Brown said during his election night concession speech.

Brown repeated that refrain in his farewell speech from the Senate floor last month. Fare-thee-well? Not really. The speech sounded more like: Goodbye-for-now.

"You know, depending on what happens and where we go — all of us — we may obviously meet again," Brown said.

Those senators in the audience do have some say over whether they meet again. If they confirm Kerry to succeed Hillary Clinton as secretary of state as expected, Kerry's vacant Senate seat would be filled in a special election, likely to happen this summer.

Berry says Brown still has an organization and campaign money left over from the recent campaign, and is an automatic front-runner among Massachusetts Republicans, one who likely won't have to worry about winning a party primary.

"The Republican Party in Massachusetts has no one else. Literally no one else that can run a competitive race against whoever the Democrats nominate. So it's Scott Brown or bust," Berry said.

Massachusetts Democrats want to make it a bust. They were caught by surprise three years ago when Brown came from nowhere to win the seat of the late Ted Kennedy in a special election. State party Chairman John Walsh says Democrats won't be embarrassed again.

"We spent about a year and a half trying to make sure Scott Brown didn't continue in the Senate. Nobody's interested in sending him down there to negate Elizabeth Warren's votes right now," said Walsh. "We'll be ready."

The first Democrat to say he's running is veteran Rep. Ed Markey, and key Massachusetts Democrats, including Kerry, are lining up behind him. They want to avoid a bruising primary, when the winner would have only six weeks after that to wage a general election campaign.

But Democratic Reps. Michael Capuano and Stephen Lynch are also seriously considering running. Rep. Jim McGovern is not, but says an open Senate seat is a rare opportunity for ambitious Democrats, and he expects Markey won't be alone.

"Look, in a perfect world, it'd be nice if there was one candidate. But the notion that someone's going to clear the field — I'm not sure that's realistic," McGovern said.

While the Democratic field takes shape, Brown can just sit back and watch how things play out. He hasn't said whether he's running, but Berry says Brown would have to have a compelling reason not to take another crack.

"Scott Brown's going to have as much money as he needs," Berry said. "This is an opportunity for the national Republican Party to bloody the nose of Barack Obama. And they're not going to let this opportunity pass by. And it's all the sweeter if it comes from Massachusetts, which is a very, very blue state."

If Brown does run, it would be his third Senate campaign within four years.