Accessibility links
Lack Of Up-To-Date Research Complicates Gun Debate : It's All Politics Vice President Joe Biden says his task force on reducing gun violence is facing an unexpected obstacle: slim or outdated research on weapons. Public health research dried up more than a decade ago after Congress restricted the use of some federal money to pay for those studies. 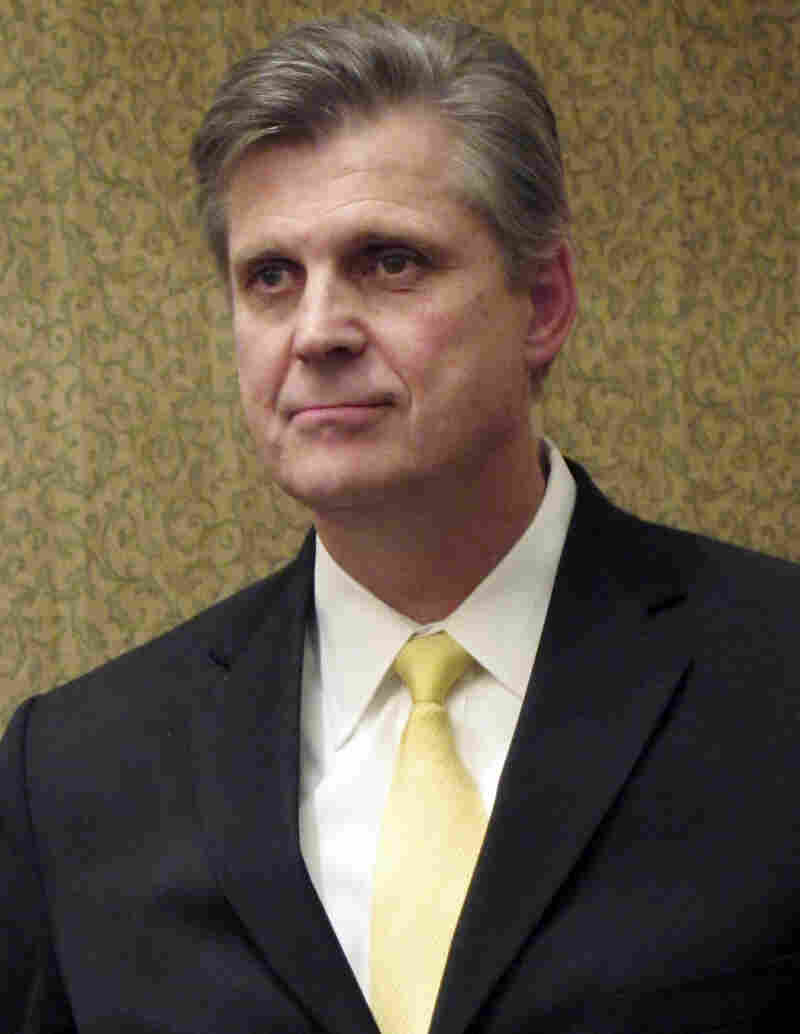 Former Rep. Todd Tiahrt, shown in Kansas in 2011, added language to the Justice Department's annual spending bill in 2003 that has put limits on the sharing of government gun records. John Hanna/AP hide caption 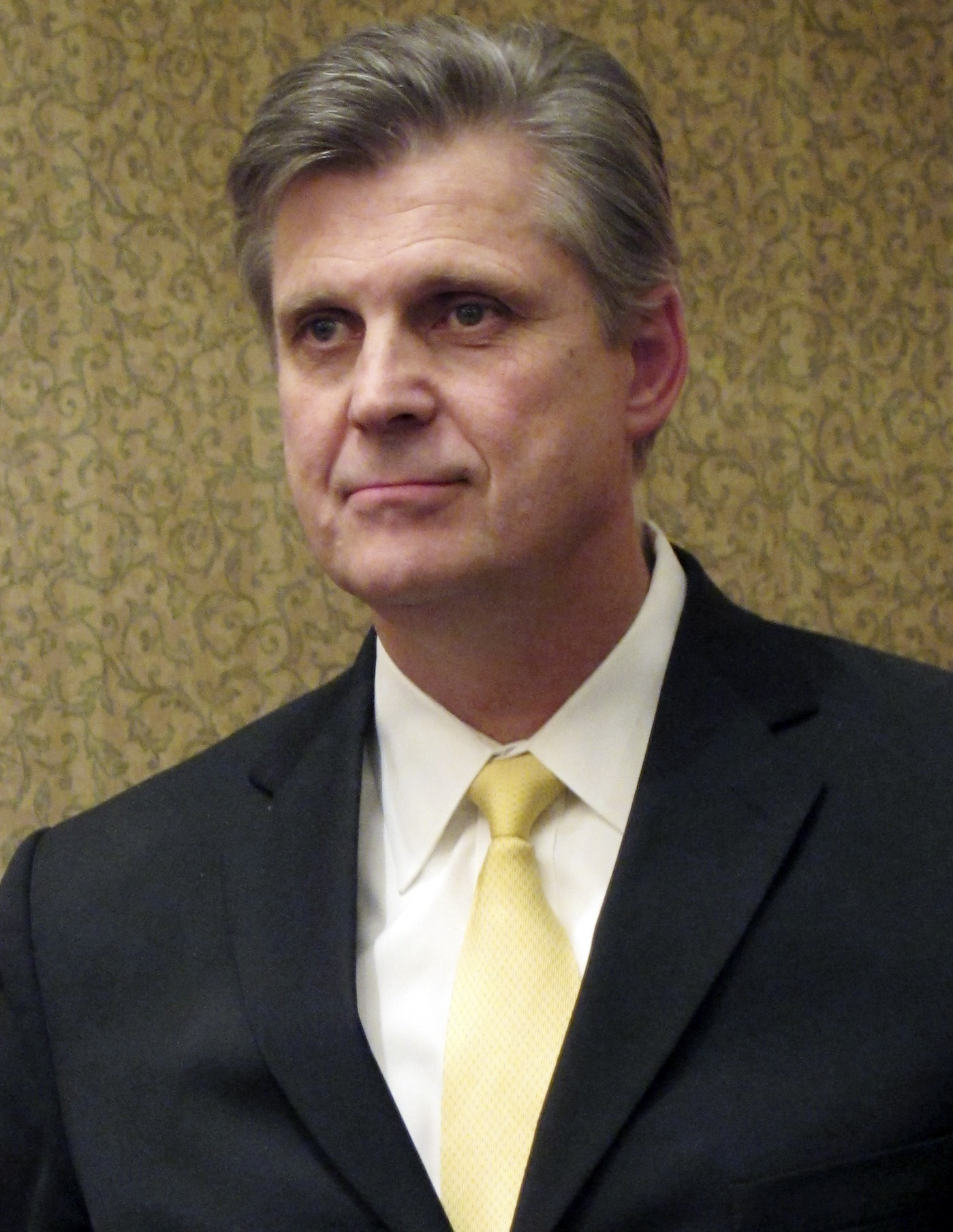 Former Rep. Todd Tiahrt, shown in Kansas in 2011, added language to the Justice Department's annual spending bill in 2003 that has put limits on the sharing of government gun records.

Vice President Joe Biden is getting ready to make recommendations on how to reduce gun violence in the wake of the school shooting in Newtown, Conn.

But he says his task force is facing an unexpected obstacle: slim or outdated research on weapons.

Public health research dried up more than a decade ago after Congress restricted the use of some federal money to pay for those studies.

A Researcher Under Fire

Art Kellermann was raised in eastern Tennessee, where his father taught him how to shoot a long gun when he was 10 years old. Kellermann grew up to become an emergency room doctor — and a target for gun-rights groups when he started asking questions like, "If a gun kept in a home was used, who did it shoot, and what were the consequences?"

Kellermann found people turned those guns on themselves and others in the house far more often than on intruders. "In other words, a gun kept in the home was 43 times more likely to be involved in the death of a member of the household than to be used in self-defense," he says.

Kellermann says the National Rifle Association and other Second Amendment advocates leaned on his then-employer, Emory University, to stop the research. That didn't work.

So, he says, "they turned to a softer target, which was the [Centers for Disease Control and Prevention], the organization that was funding much of this work. And although gun injury prevention research was never more than a tiny percentage of the CDC's research budget, it was enough to bring them under the fire of the NRA."

Lawmakers — both Democrats and Republicans — held back some money from the CDC and made clear that no federal funds should be used to promote gun control.

Many researchers interpreted that message to mean no public health studies about injuries from weapons.

Then, a few years later, Congress weighed in again, in a slightly different way.

In 2003, Rep. Todd Tiahrt, a Republican from Kansas, added language to the Justice Department's annual spending bill. It says the Bureau of Alcohol, Tobacco, Firearms and Explosives can't release information used to trace guns involved in crime to researchers and members of the public. It also requires the FBI to destroy records on people approved to buy guns within 24 hours.

Tiahrt left Congress in 2011, but he still thinks the idea is a good one.

"It was an issue of privacy; it's an issue of protecting undercover officers, prison guards," he says. "The BATFE was also very concerned because if that information was released to the public, it could affect their efforts to try to get illegal guns and illegal gun sales ... off the street."

Tiahrt says some of his fears about invasion of privacy were borne out last month, when a New York newspaper got local gun permit data and published the names of gun owners.

Mark Glaze, who directs the group Mayors Against Illegal Guns, says he thinks it was "a bad idea that the newspaper did this," but he says the right response to that case is not to shut down the flow of information.

"You can't make good policy unless you have good data," he says.

Glaze is pressing Congress to get rid of the Tiahrt amendments. He's urging the Justice Department to look for patterns involving crooked gun dealers who put weapons into the hands of criminals. And he wants more money for research about how to make safer guns.

Rep. Rosa DeLauro of Connecticut, the top Democrat on the House committee that deals with the health budget, puts it this way: "We conduct evidence-based research into car crashes, smoking, cancer, all sorts of accidents and injuries. So why shouldn't we be doing the same kind of research into how to prevent firearm injuries and how to save lives?"

DeLauro says she'll fight to make sure funding limits on research stay out of appropriations bills.

But Tiahrt, her onetime colleague, says that's not the core of the problem.

"We have to get to the cause of it: mental illness, the violence in our culture," he says. "Those are the things that I think Vice President Biden ought to be focusing on."

Public health experts like Kellermann say they're willing to have that kind of broad conversation, but it needs to be supported with a lot more research.