Accessibility links
Speechwriters: After Bland First Inaugural, Second Is Tougher For Obama : It's All Politics Writers for past presidents say President Obama must be visionary and inclusive but also realistic in his second inaugural address. And many of the usual speechwriting crutches are off-limits: no jokes, no statistics and no funny quotes. 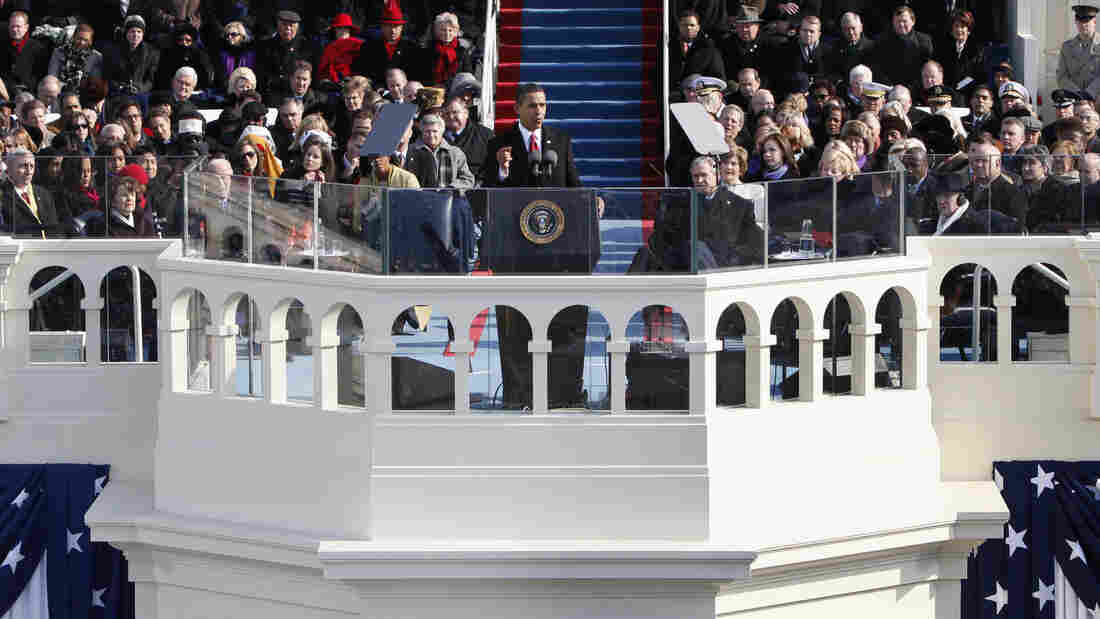 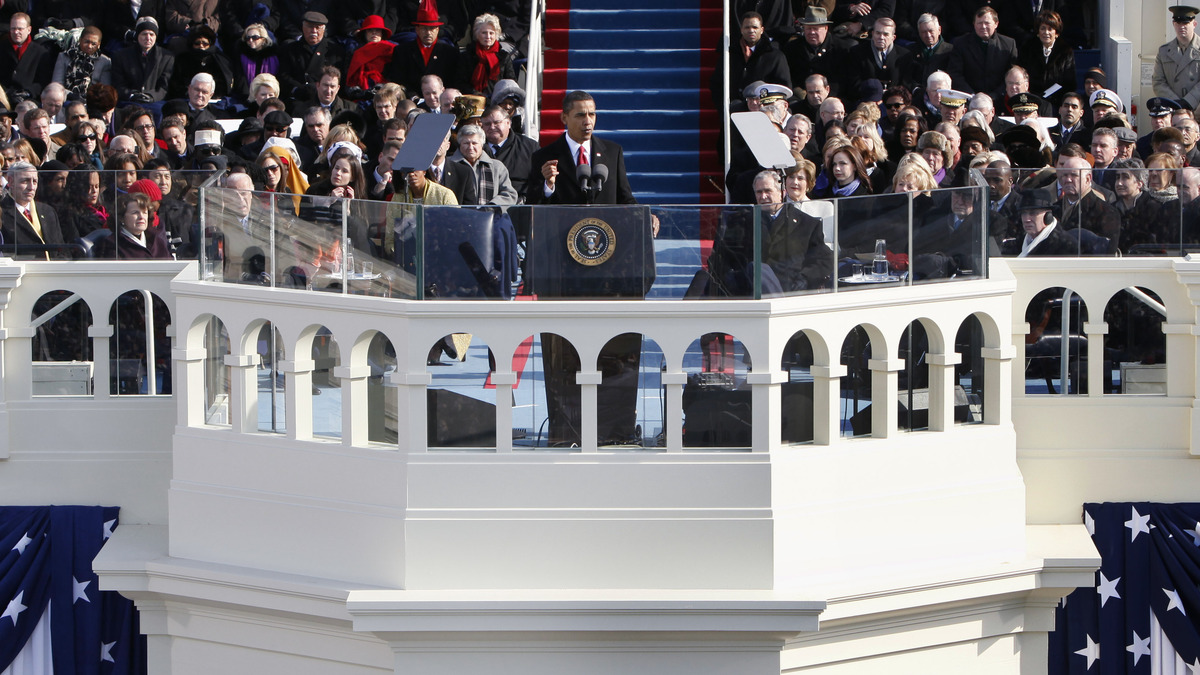 A presidential inauguration is an event defined by huge, sweeping optics: the National Mall full of cheering Americans; a grandiose platform in front of the Capitol building; the parade down Pennsylvania Avenue. And the centerpiece: a speech.

On Monday, President Obama will give his second inaugural address — and he faces a challenge in crafting a speech for this moment.

The last time Obama gave an inaugural address, millions of joyous people tuned in around the world, ready to be inspired by a man who rose to prominence on the incredible power of his words. The president knew that the American economy was teetering on the brink of disaster.

And four years later, the verdict on that address is pretty unanimous from former White House speechwriters of both parties:

They all know firsthand that one of the toughest speeches to write for any president is also one of the most high-profile addresses he'll give. They generally agree that the closest thing Obama had to a standout line four years ago was not even an original: "In the words of scripture: The time has come to set aside childish things."

The blandness of the president's first inaugural address reminds Cary of a game speechwriters sometimes play, inspired by wine drinkers who cover a label and try to guess the grape by its taste.

"They take a sip of wine and they can say, 'That's a 2009 pinot from Napa Valley,' right? So I'll take a speech and put my hand over the top of the speech, and if I can read the speech and say, 'This was Barack Obama, inaugural address, 2009, Washington, D.C.,' then I know it's a well-written speech," Cary says.

By that test, the president fumbled on his first go-round. And Clinton speechwriter Waldman says his challenge this time is even greater.

"First inaugurals often mark a change. They're easier to write and easier to give," he says. "It's harder to give a good second inaugural because, in fact, there's continuity."

People have been listening to this president talk for years. It's hard to come up with something new to say. And many of the crutches that speechwriters often turn to are off-limits in an inaugural address: Jokes are a no-no. Statistics don't belong there. Quotes by the likes of Mark Twain and Yogi Berra are out of place.

"More than probably in any other speech a president will give, people want the vision. They want to know where we are headed and what it looks like when we get there," Shesol says.

Vision, yes. But policy? No. Save the laundry list for the State of the Union next month, says Bush speechwriter McConnell.

"Look, President Obama is going to make more news in his next press conference than he's going to with his second inaugural address," McConnell says. "It's just the nature of things."

So what does that leave? A very high bar, for one. All of these speechwriters agree that the key to cracking an inaugural address is to remember that this is the opposite of a campaign speech. It's the democratic equivalent of a coronation.

"An inauguration is not a political event. It is an official event," McConnell says.

This is a moment when the country wants to feel unified, even if the country is divided by bitter partisanship.

"He's got to be inclusive in his rhetoric and not divisive, and I'm sure he will," Shesol says. "But he's also got to seem realistic and not naive. And that's a difficult balancing act to pull off."

White House Press Secretary Jay Carney declined to preview Monday's address. But he said the president generally writes his speeches in longhand on a yellow pad — "and I've seen some yellow pads filled with writing of late."