Accessibility links
Bloomberg Puts Millions Behind Gun Control Push : It's All Politics New York Mayor Michael Bloomberg has emerged as a new leader in the gun debate in recent years. He's utilizing a group of mayors and a superPAC in a campaign against gun violence. 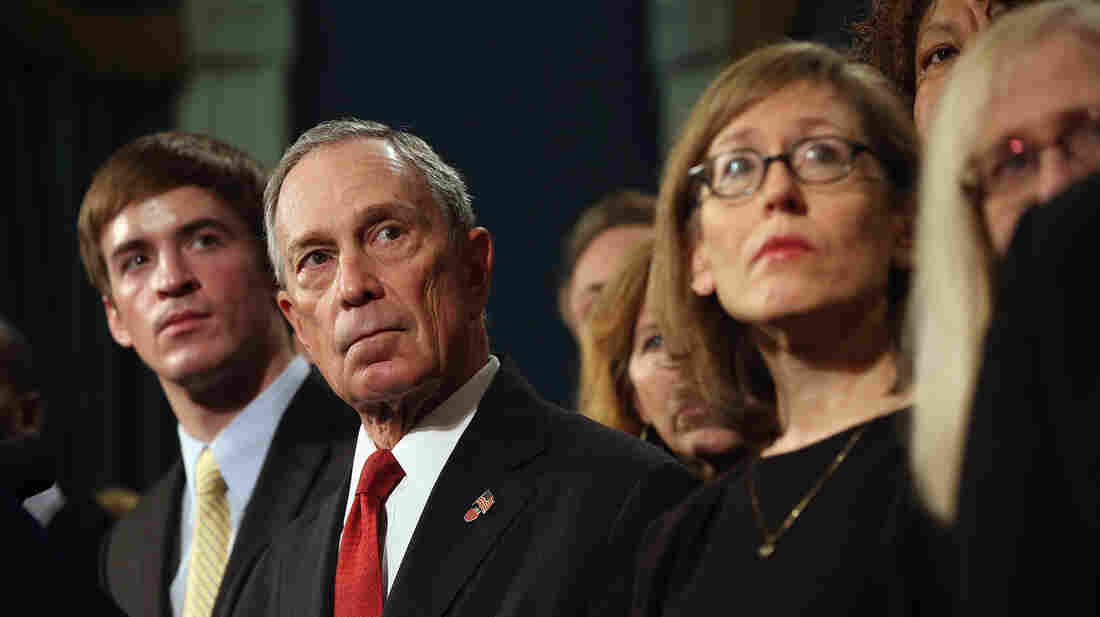 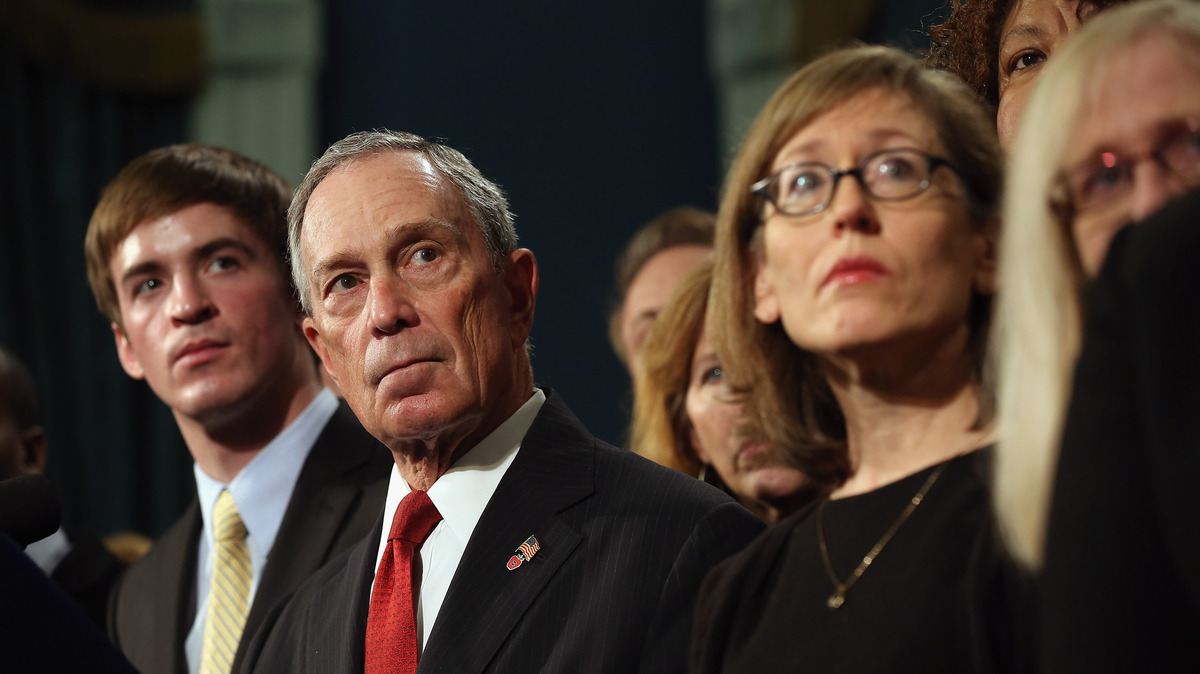 At a news conference last month, New York City Mayor Michael Bloomberg stands with people who have been affected by gun violence.

Congress faces a battle over gun laws that could be the biggest in a generation.

Leading the charge for gun rights is the National Rifle Association, with its huge budget and grass-roots operations. On the other side, a new leader has emerged in recent years: New York Mayor Michael Bloomberg is not only outspoken on gun control, he has also opened his substantial wallet for the cause.

President Obama, who has proposed big changes in federal gun laws, mentioned them only obliquely in his inaugural speech Monday. Mayors Against Illegal Guns, one of the groups Bloomberg backs, isn't speaking so softly.

"Newtown broke America's heart, and everything is different since then," John Feinblatt, chief policy adviser to Bloomberg, said last week. He was on Capitol Hill barely a month after 20 elementary school students were shot to death in Newtown, Conn.

And how much will Bloomberg spend on this fight?

"The mayor will do what it takes to save lives," Feinblatt said.

That could be a lot of money.

The NRA's annual budget surpasses $200 million — and it's only the biggest of many pro-gun groups. On the other hand, Bloomberg is a billionaire 25 times over, according to Forbes magazine.

That puts Bloomberg a few notches below conservative industrialist David Koch and his brother Charles, and a few steps above liberal financier George Soros.

"People like the Kochs, Mayor Bloomberg and many others have learned that success in the public arena depends on using multiple avenues," says Leslie Lenkowsky, a professor of public affairs and philanthropic studies at Indiana University.

Here, Bloomberg is using two avenues: The first is Mayors Against Illegal Guns, where he's a co-chairman and the biggest funder.

In 2009, Mayors Against Illegal Guns helped engineer a rare defeat in Congress for the NRA. The Senate rejected a proposal that would have made states honor concealed-carry permits from other states.

The NRA unleashed its grass-roots network on some of the mayors who are members of Mayors Against Illegal Guns.

In a 2009 video, NRA spokeswoman Rachel Parsons told the American Trigger Sports Network: "We've seen a great decrease in the membership of Mayors Against Illegal Guns. This is great news."

But the mayors group has now nearly doubled; it claims more than 800 members.

Bloomberg's other avenue of political influence? He's the only funder of the superPAC Independence USA PAC, started last year. The PAC got started late in the election cycle, spent a relatively puny $8 million, and still helped several pro-gun-control candidates win.

Democrat Joe Baca, a vulnerable pro-gun incumbent in Southern California, was knocked from office by a $3 million ad blitz from Bloomberg.

"Mayor Michael Bloomberg should be ashamed of himself, for lowering himself to the level of dirty politics by his operatives," he said.

The NRA didn't respond Tuesday to a request for comment about Bloomberg and his tactics.

This winter, Bloomberg's tactics will include a Web video featuring Beyonce, Jamie Foxx and 51 other entertainment artists, listing recent mass shootings and asking, "How many more?"

Perhaps more to the point for Congress, Mayors Against Illegal Guns is organizing waves of lobbying visits to Capitol Hill from mayors, police chiefs and survivors of gun violence.

And behind that, there's the prospect of midterm campaign spending by Bloomberg.