Accessibility links
Divine Rhetoric: God In The Inaugural Address : It's All Politics George Washington invoked the Almighty, but the word "God" wasn't used in an inaugural address until James Monroe. Since then, few presidents have missed the opportunity to put God in their inaugural speeches. 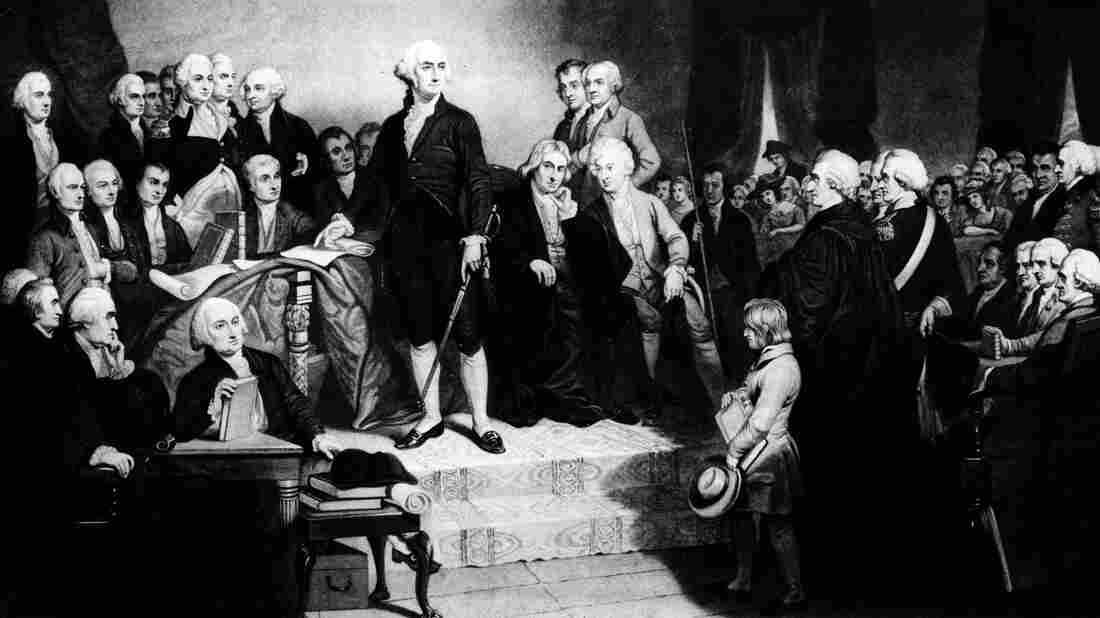 George Washington referred to "that Almighty Being" during his inaugural address in 1789. "God" didn't show up in an inaugural speech until more than three decades later. AP hide caption 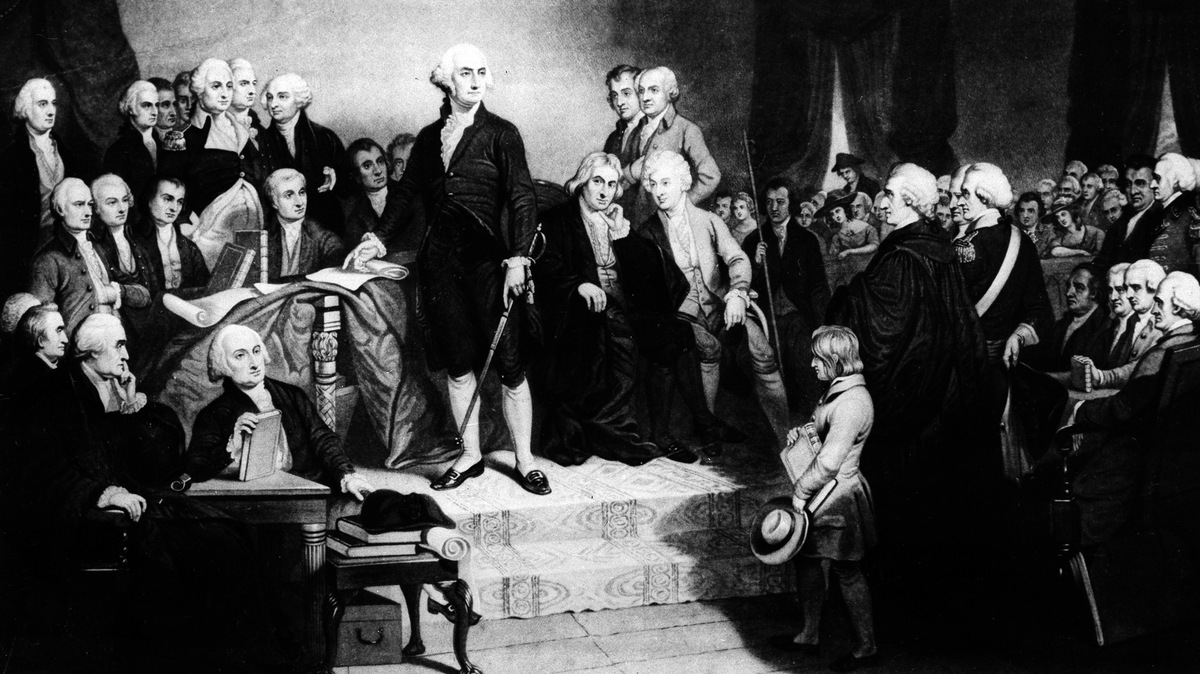 George Washington referred to "that Almighty Being" during his inaugural address in 1789. "God" didn't show up in an inaugural speech until more than three decades later.

President Obama mentioned him five times in Monday's inaugural address — God, that is.

In modern times, religion has become so intertwined in our political rhetoric that the failure of any president to invoke God in a speech as important as the inaugural could hardly escape notice. Thanks to this graphic in The Wall Street Journal, we noticed the presidents who did (nearly all) and the few who didn't (Teddy Roosevelt, Rutherford B. Hayes).

But the inaugural references to a Supreme Being have evolved over time, says Ann Duncan, an assistant professor of religion at Goucher College in Baltimore. For example, George Washington, John Adams, Thomas Jefferson, James Madison — all influenced by the deism that infused most of the American Revolution-era thinkers — never once mentioned God in their inaugurals.

For them, God was "a rather distant ... but still very providential and powerful force," Duncan says. "Not the kind of personal god that an evangelical Christian today might talk about."

Instead, Washington referred to "that Almighty Being," Adams invoked "His providence," and Jefferson spoke of "that Being in whose hands we are."

Martin J. Medhurst, a professor of rhetoric and communication at Baylor, a private Baptist university in Waco, Texas, says formulations such as "the Almighty" and "Divine Providence" were part of "a common language adopted by the revolutionary generation in part to avoid the kind of divisiveness that more specific formulations might engender."

In fact, the word "God" doesn't even show up in an inaugural speech until 1821, when James Monroe vowed during his second inaugural to carry out his presidential duties "with a firm reliance on the protection of Almighty God."

(As an aside, Chester A. Arthur added the phrase "so help me God" to the presidential oath in 1881, when he was sworn in after the assassination of James Garfield. Every president since has added it, too.)

What changed? Two things, Duncan and Medhurst agree: the dying out of the revolutionary generation that was so reluctant to invoke a personal god; and a Protestant revival that was gathering steam just as Monroe became president.

Monroe was apparently as astute a politician as any, and his God reference neatly coincided with the Second Great Awakening, an explosion of Baptist and Methodist congregations in the U.S. that was partly a reaction to the distant deism of the Founding Fathers.

Even so, from the 1820s until the late 1850s, as the country moved unstoppably toward civil war, presidents reverted back to the safer territory of Almighty Being and Divine Providence.

In his first inaugural, Abraham Lincoln referred to the "Almighty ruler of nations," but by the time of his second, in 1865 at the end of the Civil War — a speech famously inscribed at his memorial in Washington, D.C. — Lincoln talked of God.

"Both sides in the Civil War had been using God as a justification for what they were doing," Duncan says. "With his side victorious, Lincoln certainly had the opportunity to say, 'See, God is on our side.' But instead ... he chastened both sides for speaking on behalf of God."

Both read the same Bible and pray to the same God, and each invokes his aid against the other. It may seem strange that any men should dare to ask a just God's assistance in wringing their bread from the sweat of other men's faces, but let us judge not, that we be not judged.

From Lincoln's time forward, most presidents have invoked God in their inaugural speeches. Theodore Roosevelt was a notable exception.

Duncan calls Roosevelt "an interesting blip in the trajectory of our American civil religion."

"He had a real hesitancy to insert that language and really tried to restrain himself from doing that. That's been unique," she says.

Roosevelt "eschewed any interpenetration of church and state," says Baylor's Medhurst. "For him, I'm pretty sure it would have been an intentional move not to have any particular religious language in that speech."

Since World War I, every incoming president has made the God reference.

"If you look at the world wars, both of them, and how religious language was used, it's pretty incredible how effective both [Woodrow Wilson and Franklin D. Roosevelt] used religious imagery to swing public opinion from an otherwise deeply entrenched reluctance to enter into war into an almost crusade mentality among many people," Duncan says.