Accessibility links
At Winter Gathering, GOP Asks: Where Do We Go From Here? : It's All Politics But Republican leaders say there won't be a sudden about-face in policy, despite recent disappointments at the polls. The party is focusing on message, technology and grass-roots organizing at its meetings in Charlotte, N.C. 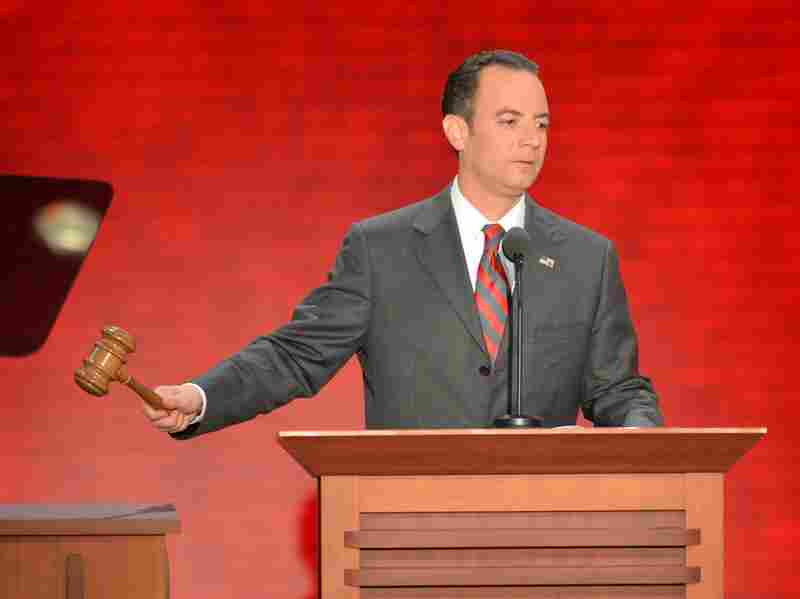 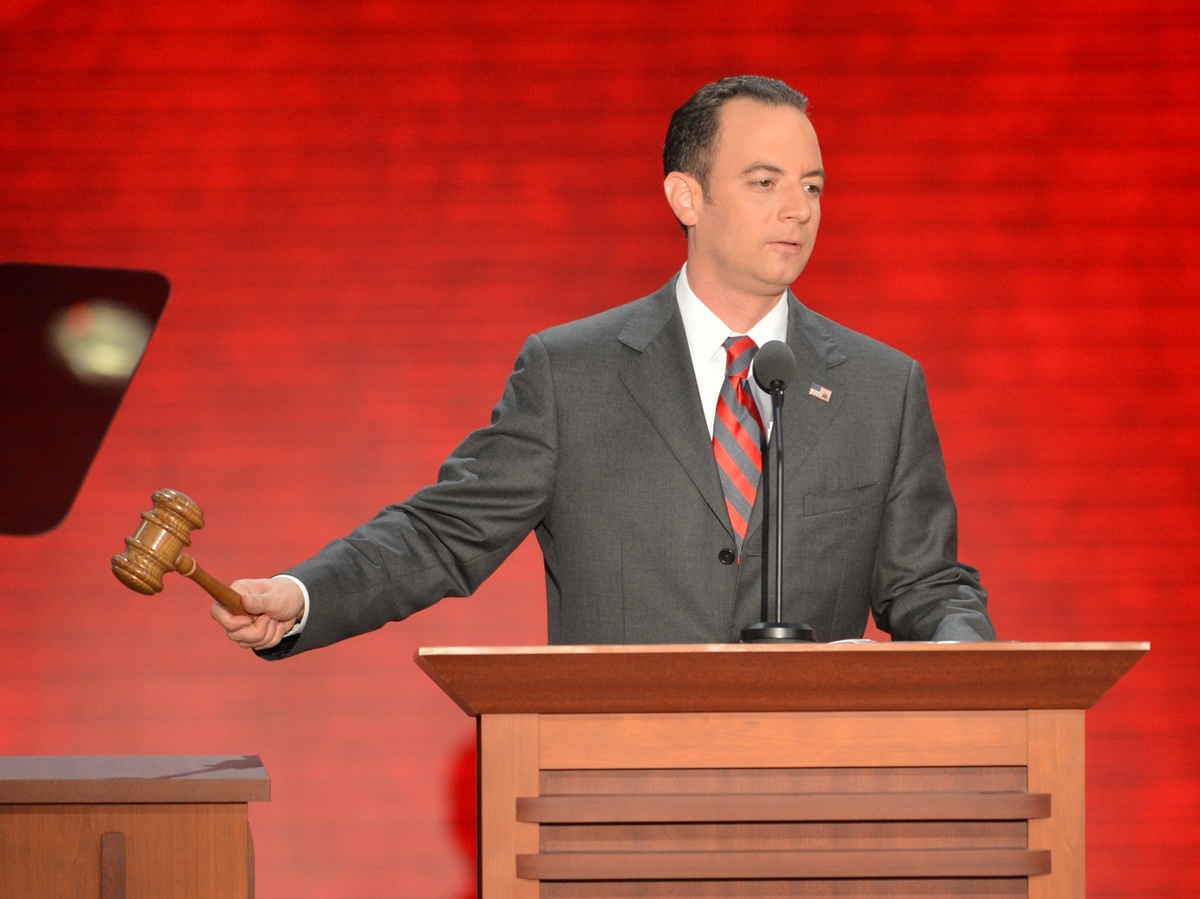 Reince Priebus, shown at the Republican National Convention in August, says Republicans need to "grow our party without compromising our principles."

Some soul-searching is on the agenda as the Republican National Committee holds its winter meetings in Charlotte, N.C.

November's elections were a big disappointment for the GOP. The party has now lost the popular vote in five of the past six presidential elections.

Exit polling shows the party has a serious problem attracting young voters and minority groups, even as the nation becomes steadily more diverse. Republican voters are older and more white than the nation as a whole.

On top of that, a new NBC-Wall Street Journal poll gives the GOP an approval rating of just 26 percent. So Chairman Reince Priebus has posed some questions to party members nationally in a video posted online: "What do you think the party must do better? Where do we go in the future? This is your chance to make your voice heard — and we're listening."

But in a brief chat with reporters in Charlotte, Priebus made it clear the party isn't suddenly going to make an about-face on policy, from federal spending to guns to same-sex marriage.

"Absolutely not. I mean, we put together the most conservative platform that we've ever seen at the RNC," he said. "Listen, we've got to grow our party without compromising our principles. That's the bottom line."

So how to you do that?

Veteran Republican activist Saul Anuzis, a former RNC national committeeman from Michigan, says much of it is tone.

"Tone matters. It's not only what you say; it's how you say it," Anuzis says.

And while Republicans have alienated many voters who might be fiscal conservatives but don't like the party's positions on social issues, Anuzis says: "I just think we have to be cognizant of the fact that you can approach it in such a way that is open and inclusive and tolerant and understanding of other people's positions."

Ada Fisher, a GOP national committeewoman from North Carolina and a conservative African-American, insists the party is not in crisis — that it can reach blacks and Hispanics and other minorities with a sound economic message.

But, she says, candidates need to be smart and not shoot themselves in the foot. She cited remarks made about rape by failed Republican Senate hopefuls Todd Akin and Richard Mourdock last year.

Fisher says it's wise to have a debriefing after such an election, but she cautions against overreacting. It seems unlikely the party will do that. Its discussions are focused mostly on message and mechanics — including how to improve a grass-roots campaign operation and how to better use technology and social media.

In all of these areas, Republicans lag far behind Democrats.

There's also recognition that — even if it wanted to — the RNC can't dictate any kind of new policy approach, says Jack Pitney of Claremont McKenna College. Evangelicals can't be told to soften views on same-sex marriage nor can Tea Partiers be told to compromise on taxes and spending.

"As [House Speaker] John Boehner found out in the not-too-distant past, he can't tell members of his own conference how to vote on economic issues," Pitney says. "And there's no Republican out there who can give orders to the party saying, 'You must take this position or that.' "

To do so would very likely prompt an internal backlash — which the party doesn't need.