Accessibility links
Another Senator Announces Retirement Blaming 'Legislative Gridlock' : It's All Politics Conservative Capitol Hill veteran Saxby Chambliss faced recent criticism from the right for seeking a bipartisan compromise on deficit issues, and for being among the first high-level Republicans to question fidelity to Grover Norquist's no-new-taxes pledge after the November elections. 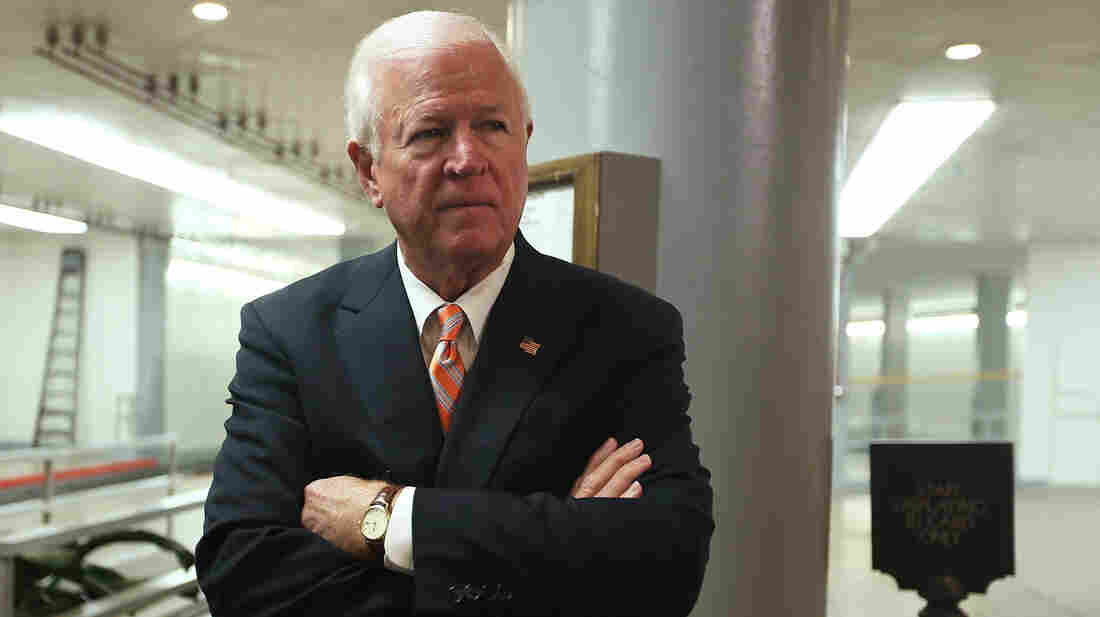 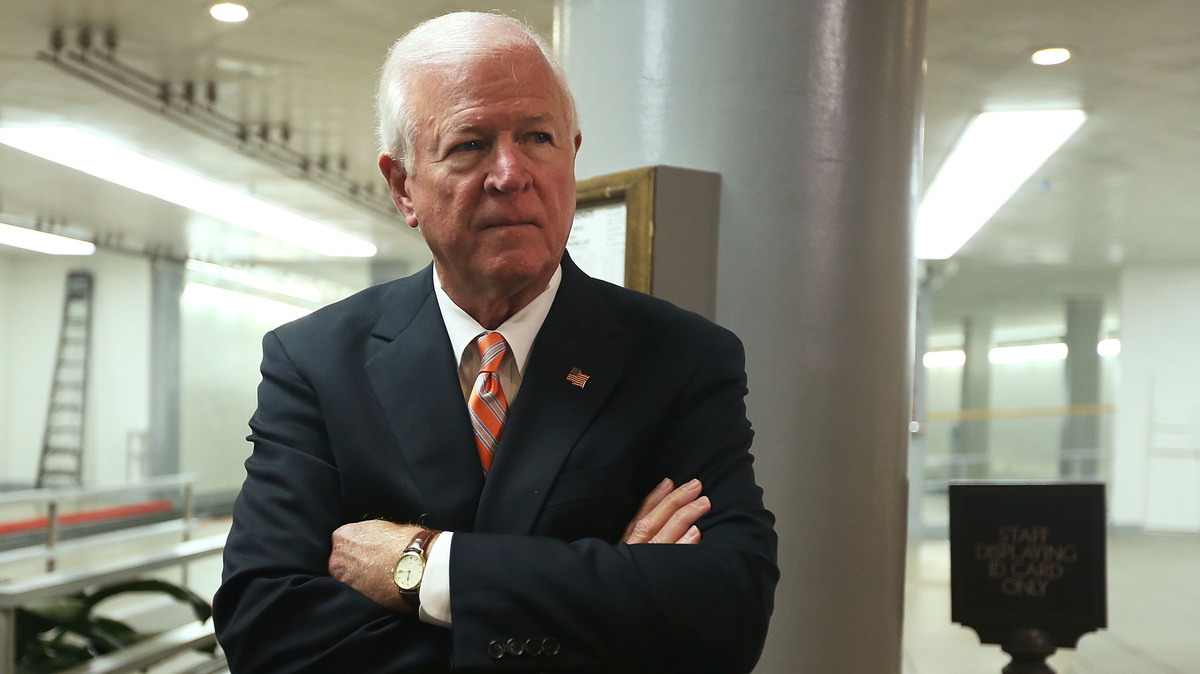 The conservative Capitol Hill veteran faced recent criticism from the right for seeking a bipartisan compromise on deficit issues, and for being among the first high-level Republicans to question fidelity to Grover Norquist's no-new-taxes pledge after the November elections.

Those stances had raised speculation about a possible Tea Party-backed GOP primary challenge next year, when Chambliss would have been seeking a third six-year term.

In announcing his decision, Chambliss cited Washington dysfunction, not political fear, as his motivation:

"Lest anyone think this decision is about a primary challenge, I have no doubt that had I decided to be a candidate, I would have won re-election," Chambliss said in a statement. "In these difficult political times, I am fortunate to have actually broadened my support around the state and the nation due to the stances I have taken."

"Instead, this is about frustration, both at a lack of leadership from the White House and at the dearth of meaningful action from Congress, especially on issues that are the foundation of our nation's economic health. The debt-ceiling debacle of 2011 and the recent fiscal-cliff vote showed Congress at its worst and, sadly, I don't see the legislative gridlock and partisan posturing improving anytime soon. For our nation to be strong, for our country to prosper, we cannot continue to play politics with the American economy."

The rationale echoed that of a more moderate Republican senator, Olympia Snowe of Maine, when she announced a year ago that she would not seek re-election in 2012.

The Atlanta Journal Constitution reported that at least two Republican members of the House, Paul Broun and Tom Price, "have been contemplating primary challenges to Chambliss."

It said the announcement "could also awaken Georgia Democrats from the torpor they've been in since losing the governor's office in 2002," and cited a statement from Guy Cecil, executive director of the Democratic Senatorial Campaign Committee:

"'Georgia will now offer Democrats one of our best pick-up opportunities of the cycle. There are already several reports of the potential for a divisive primary that will push Republicans to the extreme right. Regardless, there's no question that the demographics of the state have changed and Democrats are gaining strength. This will be a top priority.'"

In 2011, he was part of the so-called "Gang of Six" senators that tried and failed to reach a bipartisan deficit-reduction deal acceptable to both parties in Congress and to President Obama. But by backing a comprehensive plan that — while cutting entitlements — also would have increased tax revenue, Chambliss dissatisfied some conservatives.

Democrats currently hold a 55-to-45 edge in the Senate, including two independents who caucus with Democrats.

But the imminent confirmation of Massachusetts' Democratic Sen. John Kerry to secretary of state will open up a special election this year in which recently ousted Republican Scott Brown could seek to dent that margin, should he run. Longtime Democratic Rep. Edward Markey is seeking the Democratic nomination.

Another Senate veteran, West Virginia Democrat Jay Rockefeller, also has announced that he won't seek re-election in 2014, giving Republicans an opening in a state that has voted Republican in recent presidential races, but where the major statewide offices are held by Democrats.